Seriously, who needs those autumn themed Glade plug-ins when you’ve got apple pie oatmeal baking in the oven? NO ONE.

So this, the latest installment in my baked oatmeal series, is an absolute winner. It is a little more involved than the other versions, but still very worth the effort to have this ready waiting for you every morning. Apples are still strangely expensive here, but many of you are being flooded with the fall bounty of fresh apples, so I did this for you. It’s a gift to you. Okay, it’s a gift to me too because I get to eat it every morning.

I’ve made a couple of small tweaks to the basic baked oatmeal recipe, which I think make a much better texture. It’s not quite as dense and cooks more evenly overall. Basically, it’s baked at a higher temperature, no foil for the first half, and there is more baking powder. It makes a noticeable difference.

So, put on a wool sweater, a cozy scarf, and dive straight into the fall season with this Apple Pie Baked Oatmeal. You won’t be sorry! 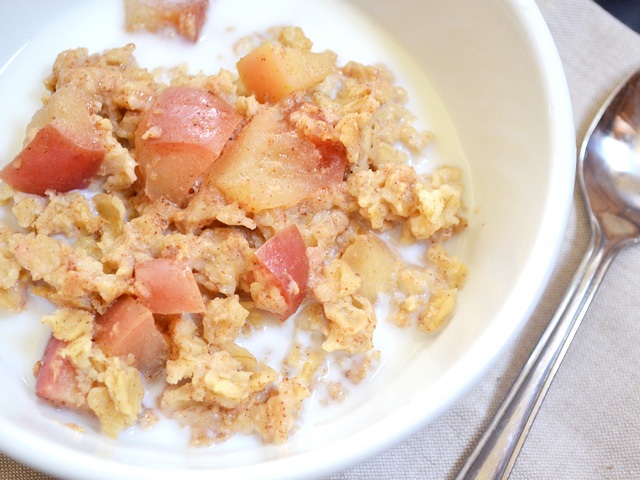 4.79 from 23 votes
An apple pie flavored baked oatmeal that is low in sugar and big on flavor. 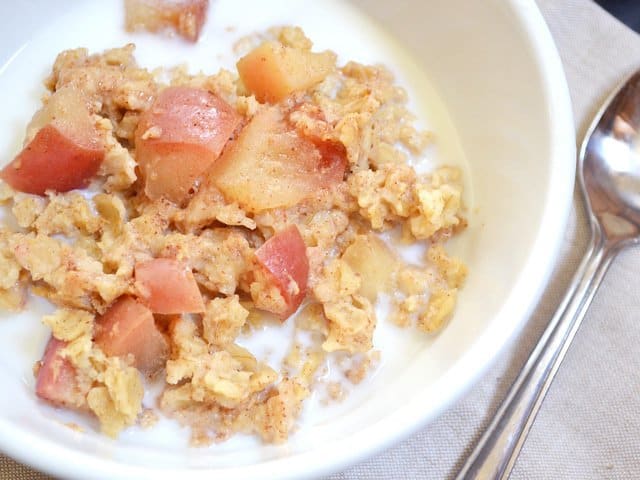 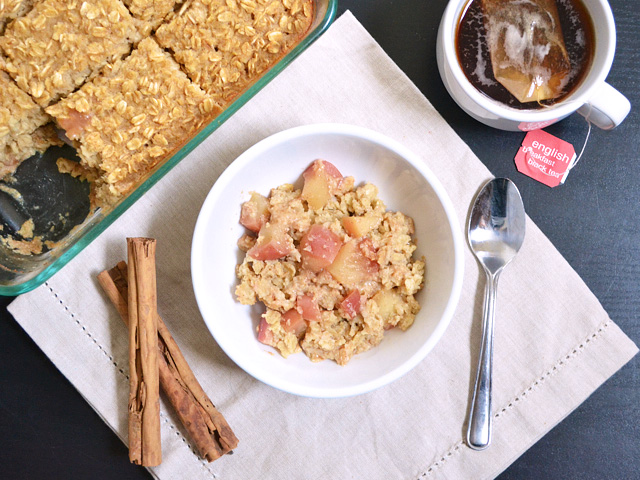 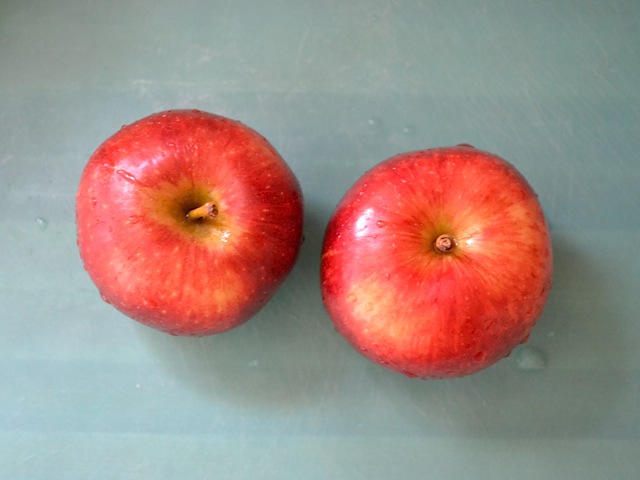 Start with a couple of apples. Semi-tart apples work best for this recipe. You don’t want to use something super sweet like a red delicious otherwise the flavor may end up kind of flat. You need that sweet/tart balance. I think I used Gala apples. 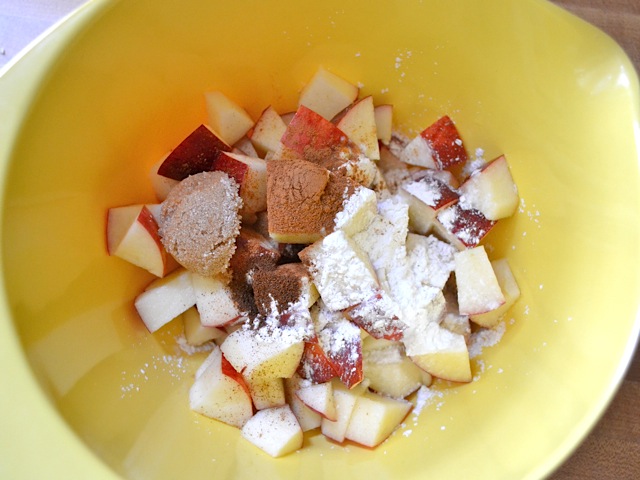 Chop the apples up into chunks, leaving the skins on. The skins add color, flavor, and texture. Place the apple chunks in a bowl and add the corn starch, lemon juice, 2 Tbsp of brown sugar, 1/2 tsp cinnamon, and 1/8 tsp cloves. Toss to coat. 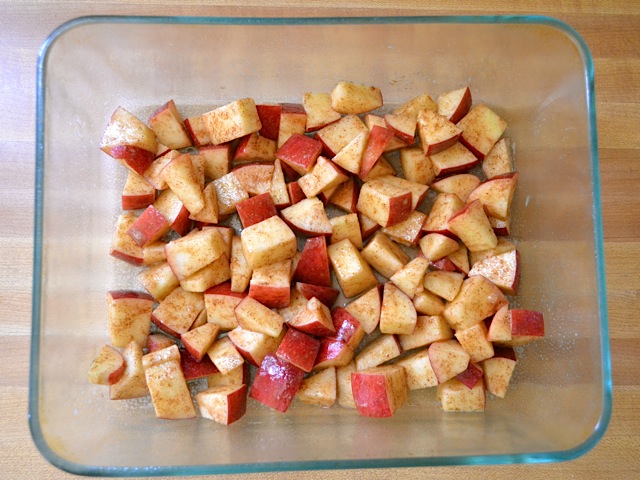 Place the coated apples in the bottom of an 8×8 casserole dish that has been coated in non-stick spray. The cornstarch will combine with the juice from the apples as they bake and create that nice, gooey, apple pie filling. 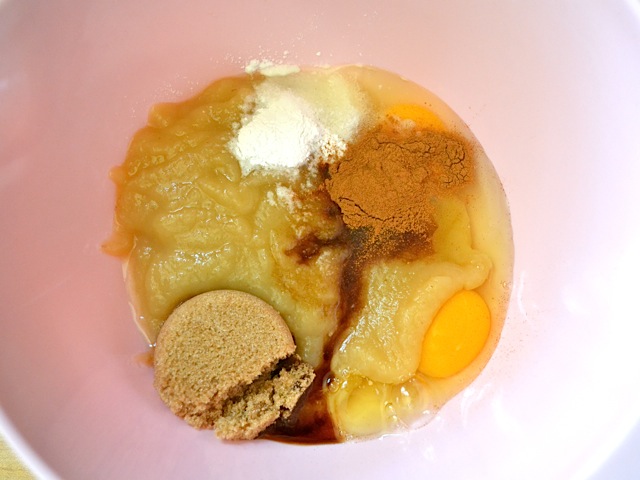 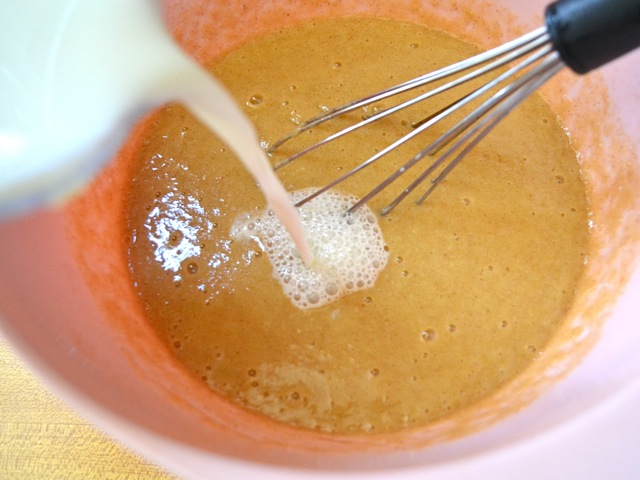 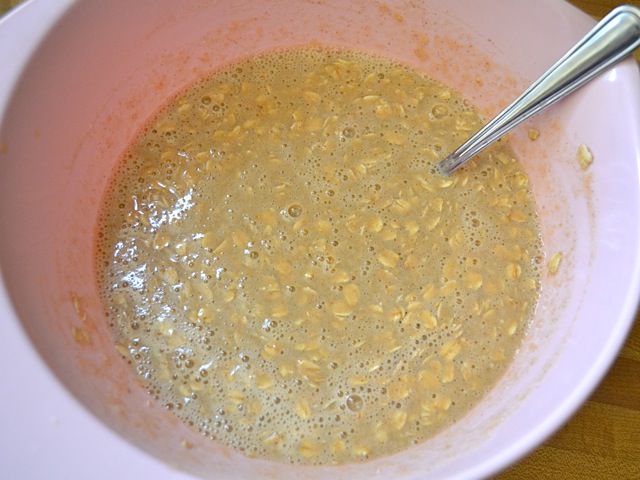 Once the milk is whisked in, stir in the dry oats. You’ll probably want to use a spoon rather than a whisk for this part because oats like to get stuck in the whisk. 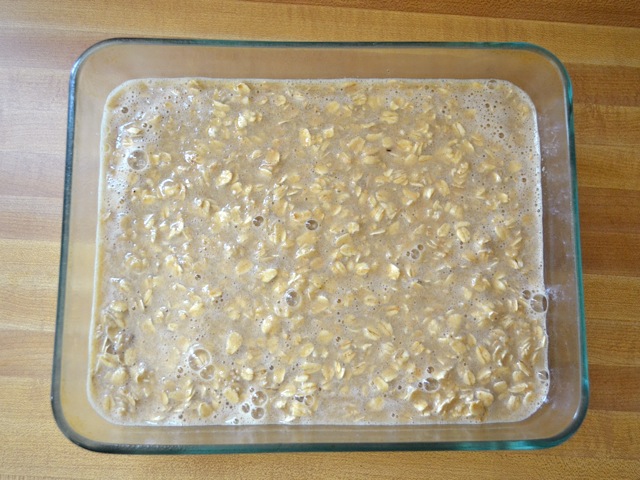 Pour the oat mixture over top of the chopped apples in the casserole dish. Bake in a PRE-HEATED 375 degree oven for about 45 minutes. 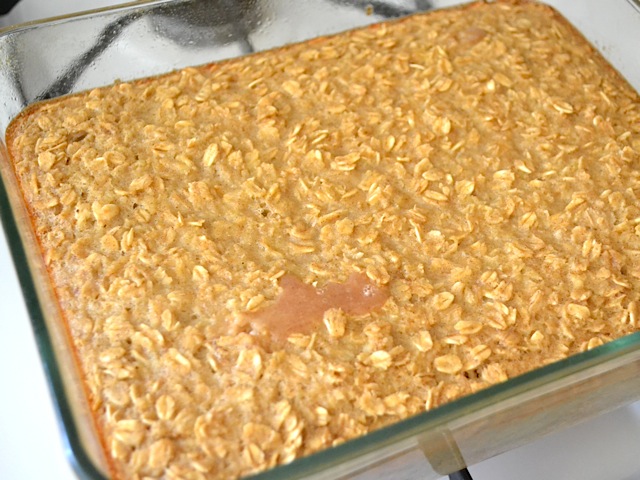 And when it’s done it will be beautifully golden brown on top and the center will no longer feel wet to the touch. You can see that some of that gooey apple pie filling bubbled up through the top. YUM. 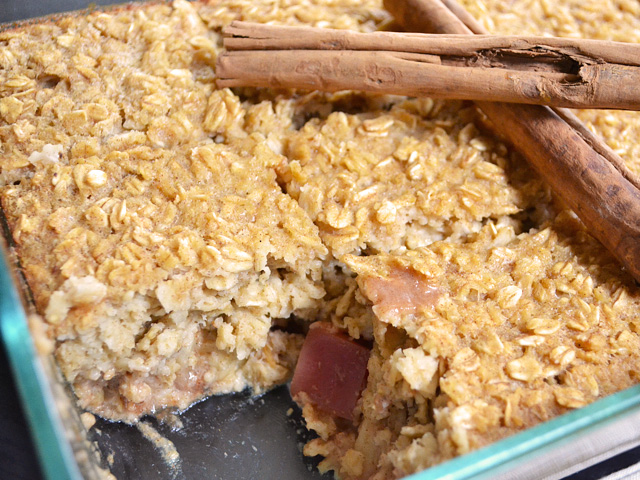 And here’s a closer look at the inside. It’s soft, warm, and delicious! 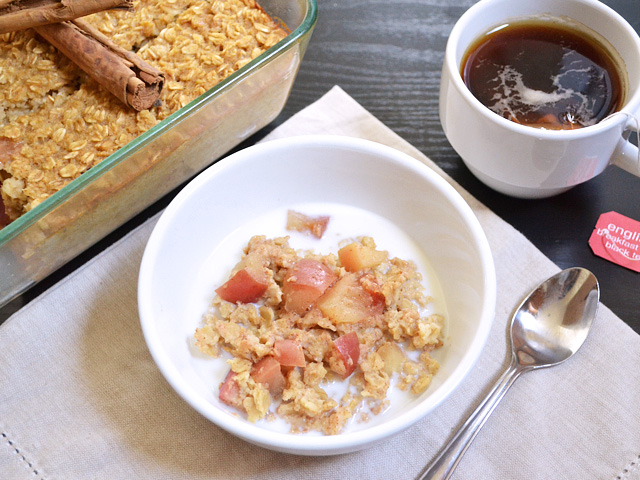 I like it with a little cold milk on top!