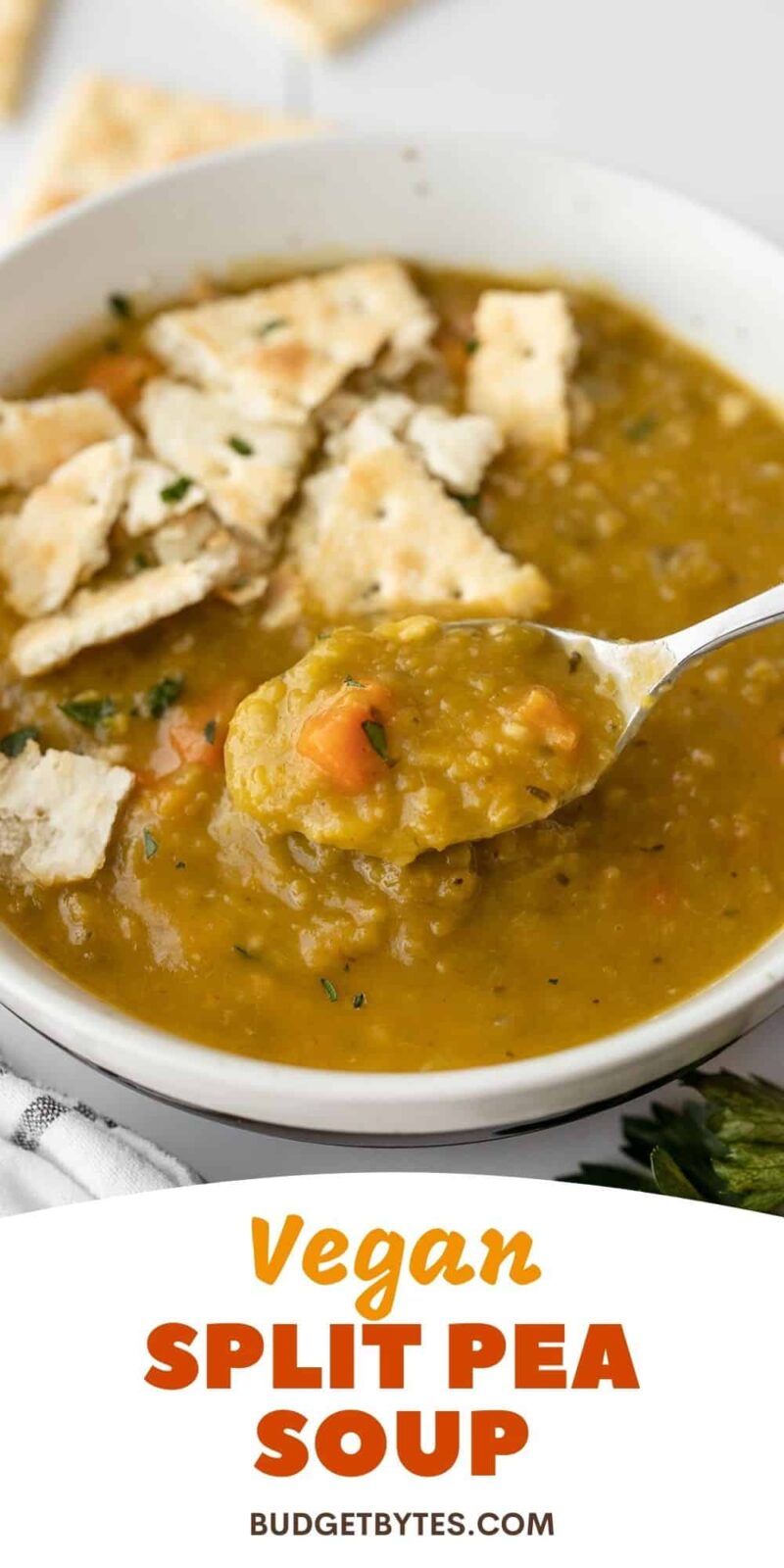 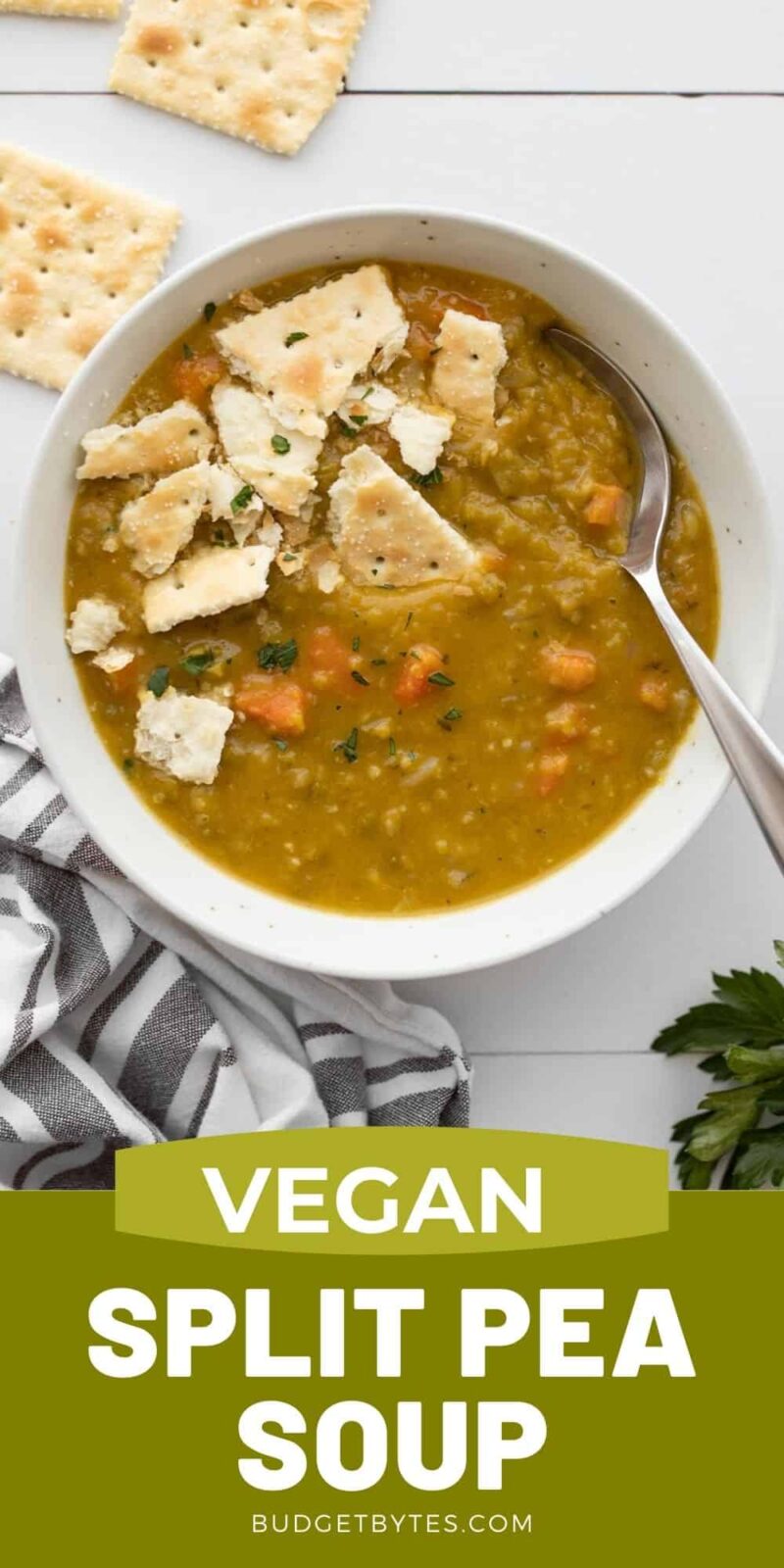 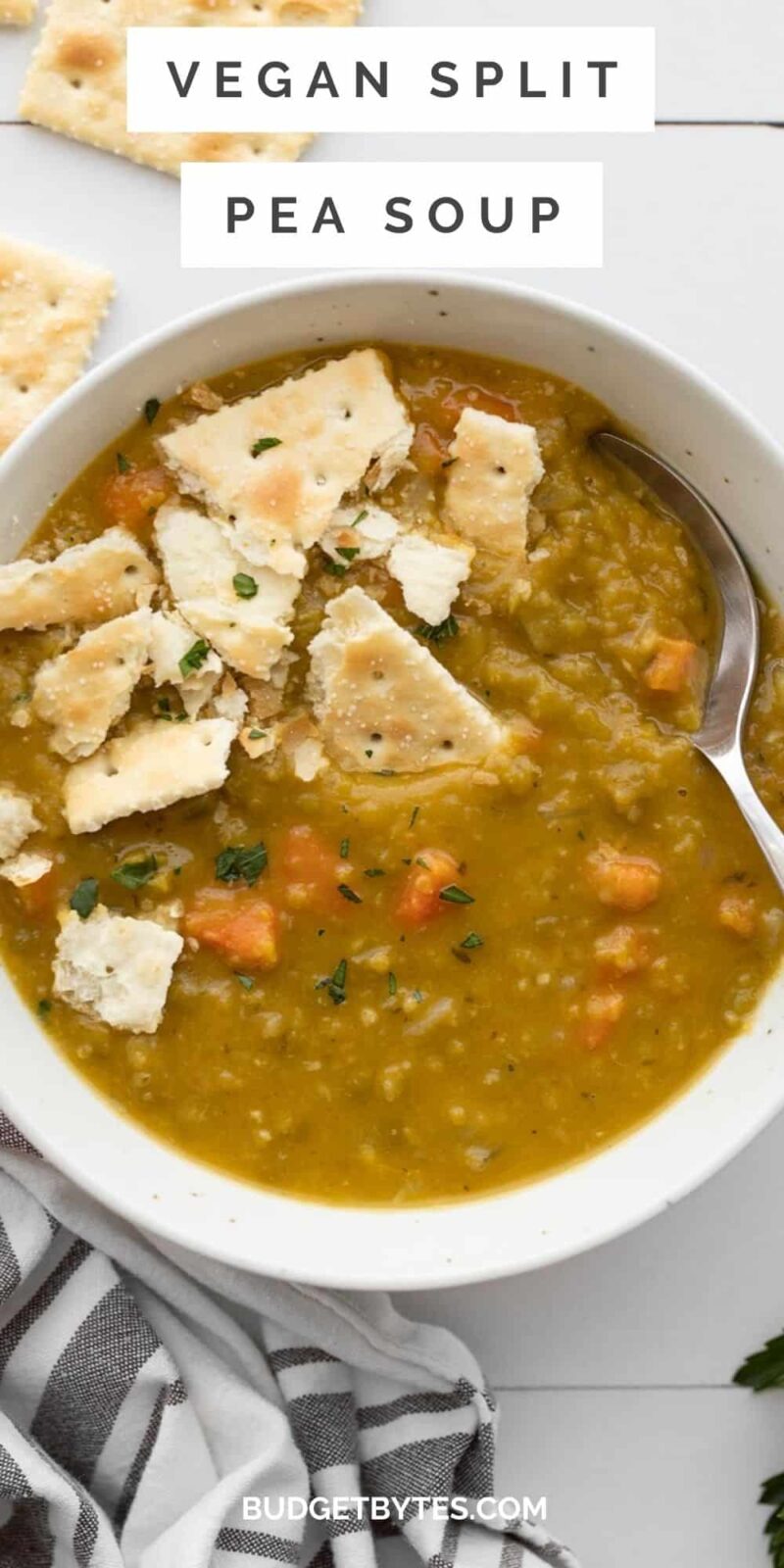 You know how I love my legumes (beans, peas, and lentils). They’re shelf-stable, versatile, filling, and always inexpensive. And split peas are definitely an underrated legume, IMHO. They cook super fast, they make deliciously rich and comforting soups, and they’re just packed with both fiber and protein. While I’ve made multiple versions of split pea soup in the past, this vegan split pea soup is probably the easiest one yet. It’s a simple, basic recipe that is easy enough to make even on those days when you feel overloaded, mentally or physically. Just the smell of it simmering away on your stove top is in itself restorative. :)

What are Split Peas?

Split peas are just what they sound like, green peas that have been dried and split in half. You’ll find them in the dry bean aisle, right next to bags of other types of dry beans. You may find both green split peas and yellow split peas, either of which will work fine for this recipe.

Split peas are great to cook with because they cook quickly with no soaking, and because they’re already split open, they break down and thicken soups really quickly. They’re probably the easiest way to get your daily dose of legumes!

As mentioned above, this isn’t my first go at split pea soup. There are a lot of different ways you can make a delicious split pea soup and most contain some sort of pork for flavor. To keep a lot of flavor in this vegan split pea soup, I made sure to use a good dose of herbs and spices, including smoked paprika, which gives a similar smoky flavor to bacon or ham. If you want your soup to be extra rich, you can also add a dollop of coconut oil.

This soup creates its own flavorful broth with a medley of vegetables and a handful of herbs and spices, but if you want to ramp it up even more you can replace the water in the recipe below with vegetable broth. Just keep in mind that broth usually contains salt, so you’ll want to add less salt at the end. Vegetable broth is often pretty dark as well, so your soup will likely not be as vibrant in color.

What to Serve with Split Pea Soup

This thick and flavorful soup is so cozy, you’ll definitely want some crackers or crusty bread to scoop up all that goodness! Saltines or oyster crackers are great, but so are homemade croutons or some homemade bread for dunking, like Homemade Focaccia.

Here are some other variations on delicious split pea soup:

5 from 16 votes
This vegan split pea soup is easy and comforting. It's the perfect cozy meal for chilly fall and winter days.
Author: Beth – Budget Bytes 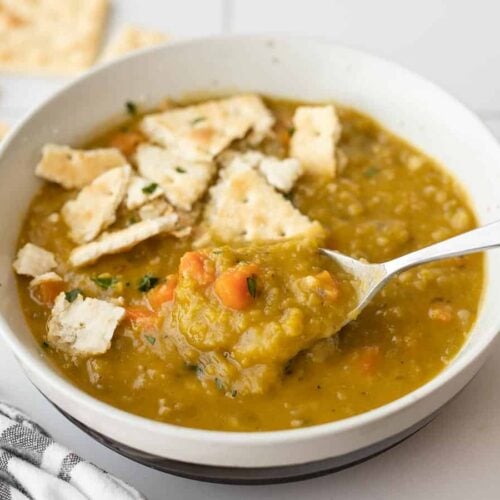 Start by dicing one yellow onion, three ribs of celery, and three carrots, and mincing two cloves of garlic. Add them to a large soup pot along with 2 Tbsp olive oil.

Sauté the vegetables over medium heat until the onions are soft.

Stir everything to combine, place a lid on top, then turn the heat up to medium-high to bring the soup up to a boil.

Once boiling, turn the heat down to medium-low and let the soup simmer, stirring occasionally, for about 45 minutes or until the peas have completely broken down and the soup has thickened.

Finish the soup by salting to taste. Start with ½ tsp salt and continue to taste and add more until the soup taste bright and vibrant. I added 1.5 tsp and then it was just right! You can garnish with fresh parsley, if desired, but it’s not needed for flavor.

Serve hot with crackers, croutons, or crusty bread for dipping!