This recipe was inspired by a dish that I saw at Whole Foods Market. I don’t have their recipe so I made this up based on what I thought theirs was. It turned out pretty tasty and it’s super healthy which (in my opinion) is win-win! Also, this was my first time cooking with poblanos and I have decided that they are my new favorite ingredient. Their flavor is incredible and my house smelled AMAZING while they were roasting. I’m going to have to try a stuffed poblano recipe soon! 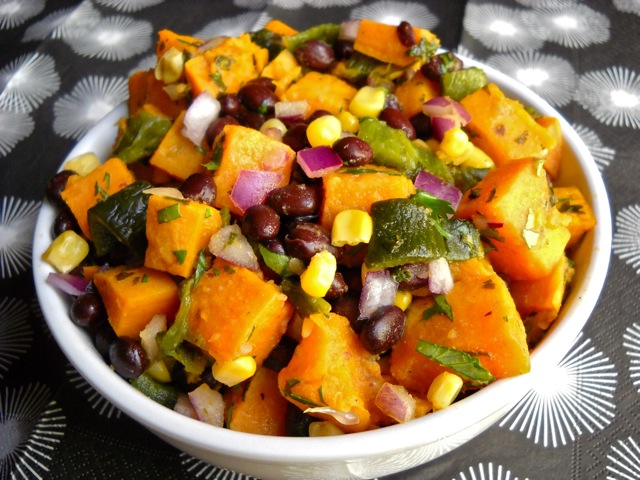 5 from 5 votes
This Roasted Poblano and Sweet Potato Salad is hearty and flavorful. Flavor, texture, and color make this salad as beautiful as it is delicious! 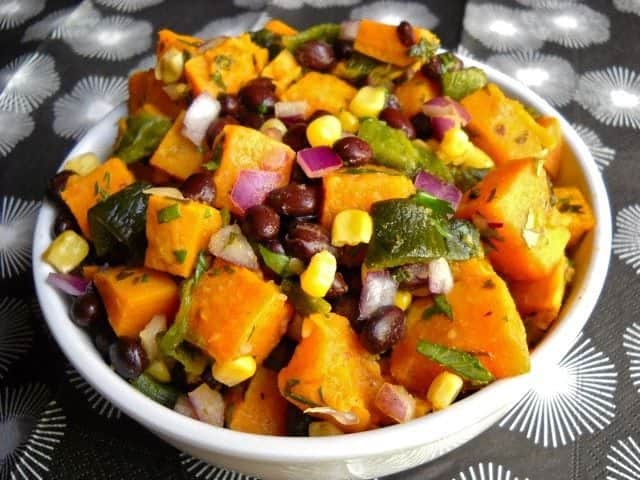 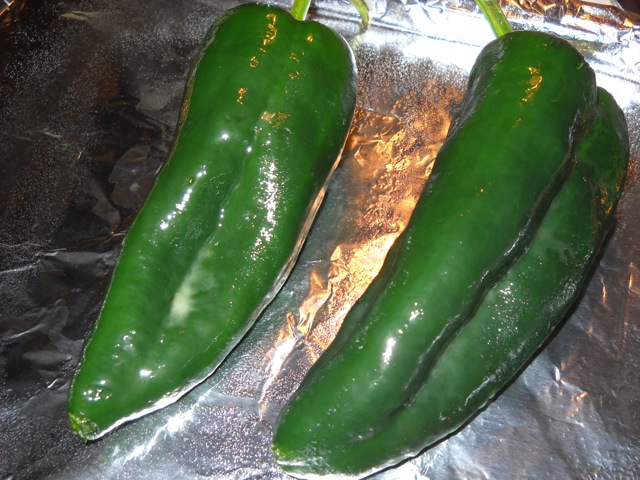 Coat the poblanos in oil to prepare them for roasting. 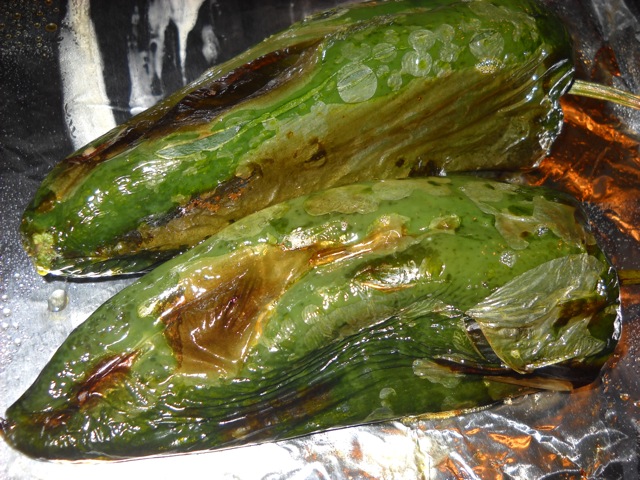 They will be charred and blistered when done (even more charred than this is okay). 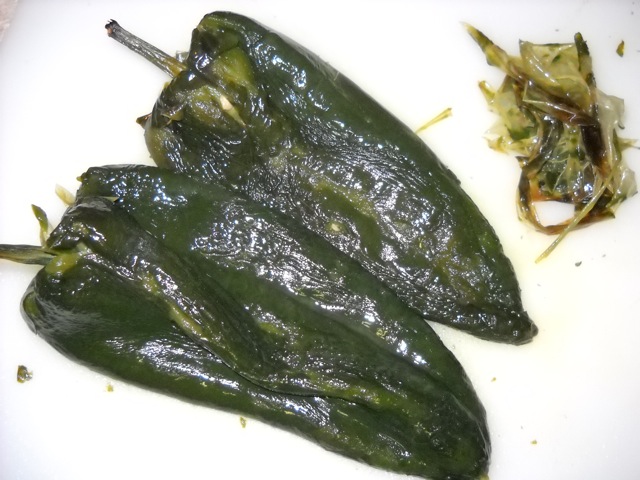 After steaming in a ziplock bag, peel away the skin. Remove the seeds and dice the flesh. 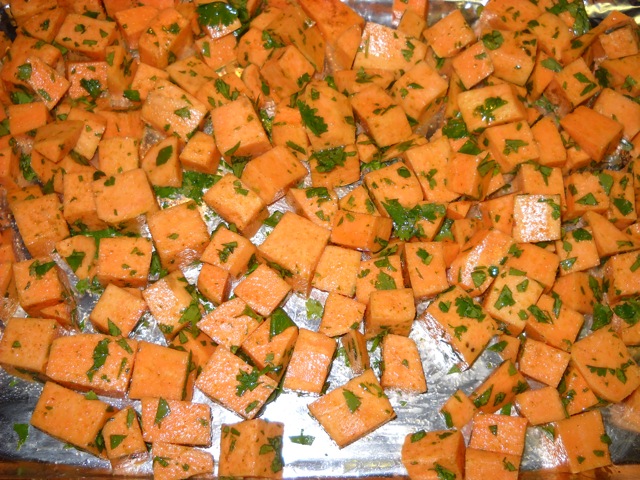 Peel and dice the sweet potatoes. Toss them in a bowl with olive oil, cumin, salt and cilantro. Bake at 400 for 30 minutes. 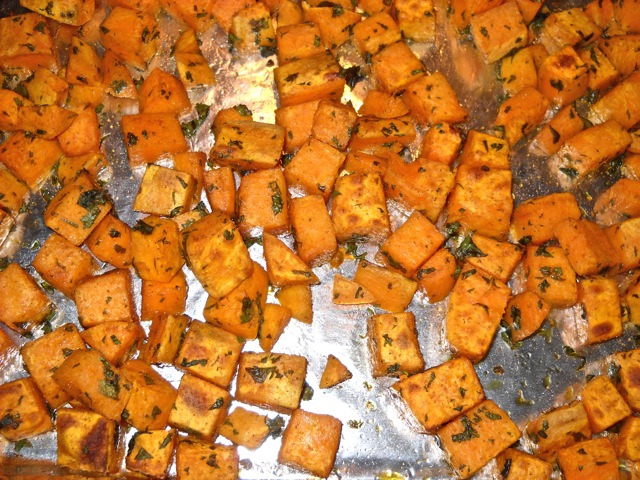 While making the salad, it looks like it is going to be a very small amount. To my surprise, it actually made quite a bit. Since I cook for only myself, I will definitely be halving the recipe next time. This recipe can easily be halved, doubled or made into whatever quantity you need!