I know it sounds cheesy, but pizza really is my favorite food. It has endless possibilities and usually includes my favorite things: bread, tomatoes and cheese. And when you make your pizza dough from scratch, pizza is one of the cheapest dinners you can make. The best part? All of the ingredients for pizza dough are pantry staples, so you can make this whenever without planning ahead. AND it’s freezer-friendly so you can always have some stashed and ready to thaw on a moment’s notice.

Make your own homemade pizza sauce to match! Check out my Thick & Rich Pizza Sauce. 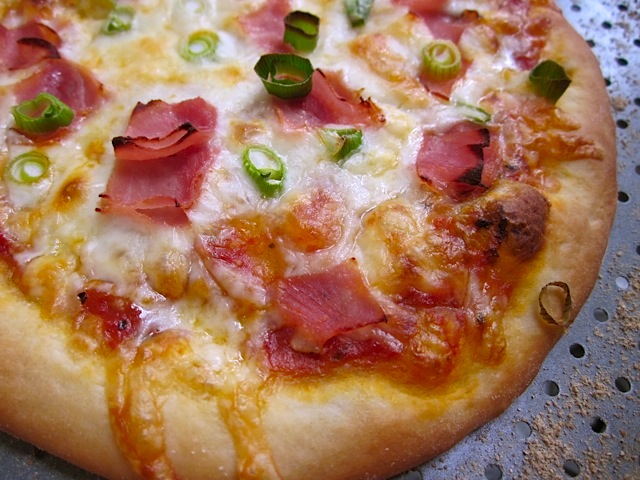 What is in Pizza Dough?

While there are several styles of pizza dough out there in the world, this particular recipe is super simple and only includes:

That’s it! Really! This particular recipe creates a crust that is crispy on the outside, but still tender on the inside. If you use a rolling pin to really compact the dough and roll it thin, you’ll get a result that more closely resembles a crispy thin-crust pizza. Toss the dough by hand, gently stretching the dough and leaving some thickness will give you that crispy-yet-tender finish.

How to Freeze Pizza Dough

After kneading the pizza dough, form it into a ball, coat the dough ball with a little oil to keep it from sticking to the plastic, then wrap tightly in plastic wrap. Place the plastic wrapped dough ball in a heavy duty freezer zip top bag, label, date, and place it in the freezer!

How to Thaw Pizza Dough

To thaw your frozen pizza dough, place it in the refrigerator the night before you intend to bake the pizza. The dough will rise slightly as it thaws. The other option is to allow the dough to thaw at room temperature, which will take about two hours. You’ll want to unwrap the pizza dough from the plastic before letting it thaw. Place the frozen dough in an oiled bowl and cover loosely with a clean towel as it thaws. 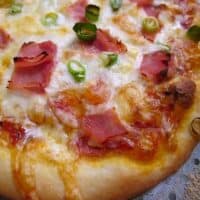 How to Make Pizza Dough – Step By Step Photos 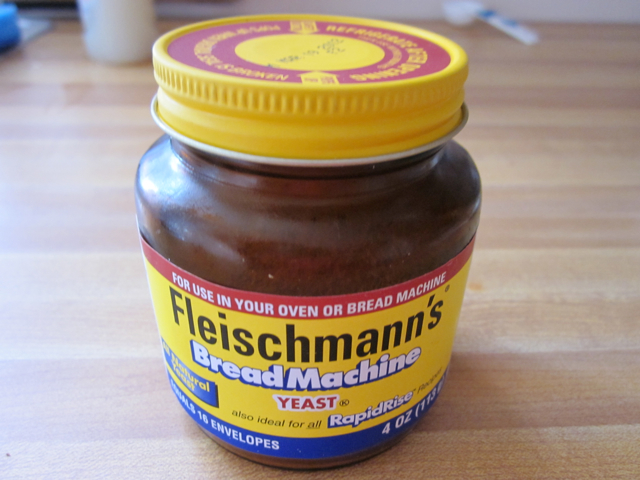 Yeast purchased in a jar is a much better value than the individual packets. Keep the jar in the refrigerator and it should stay good for at least a year. 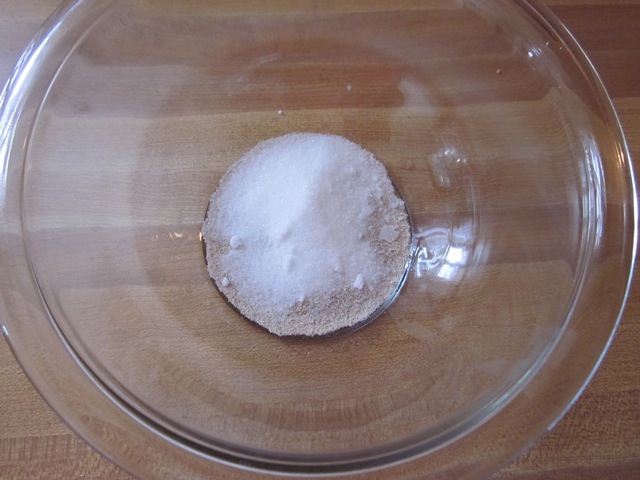 Place the yeast and sugar together in a small bowl. 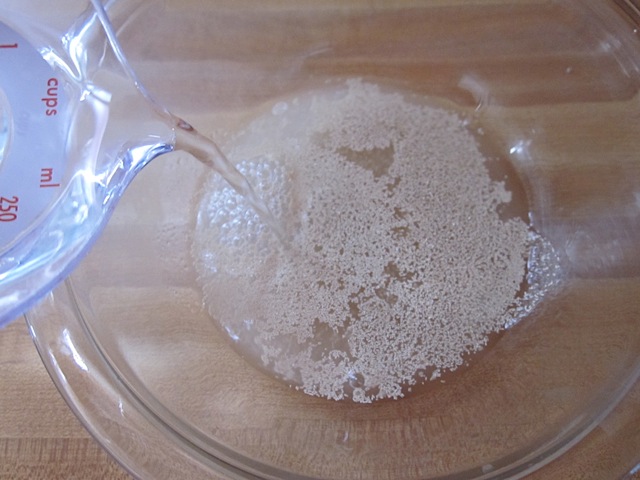 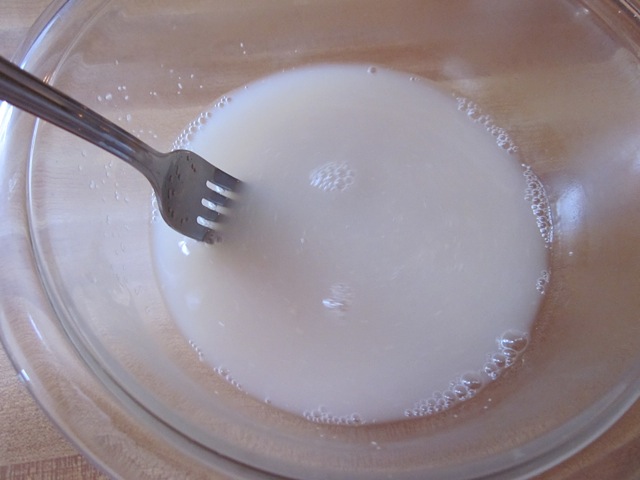 Stir it well to dissolve the yeast and sugar. Make sure no clumps of yeast are stuck to the bottom… it gets really sticky when wet. 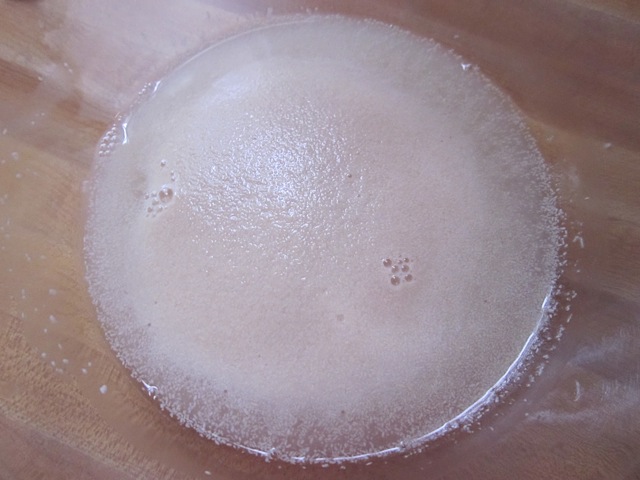 Let it sit for 3-5 minutes so that it wakes up and starts to munch on all of that sugar. When it eats the sugar, it produces gases and will form a foam on top (this is also what makes the bread rise). 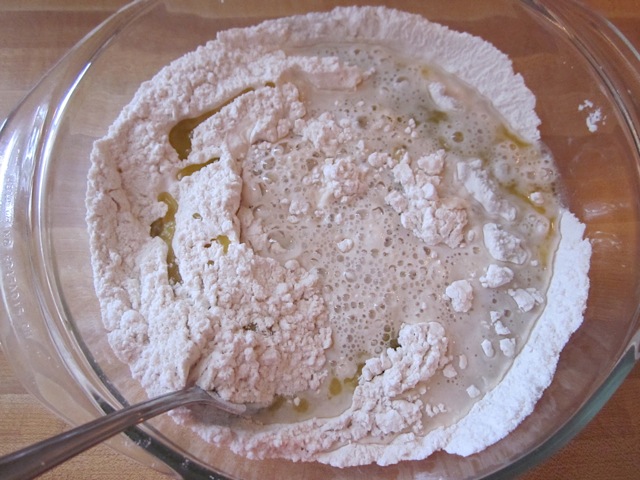 While the yeast is doing its thing, combine the flour and salt. Stir them well so the salt is evenly distributed. Add the olive oil then the foamy yeast mixture. 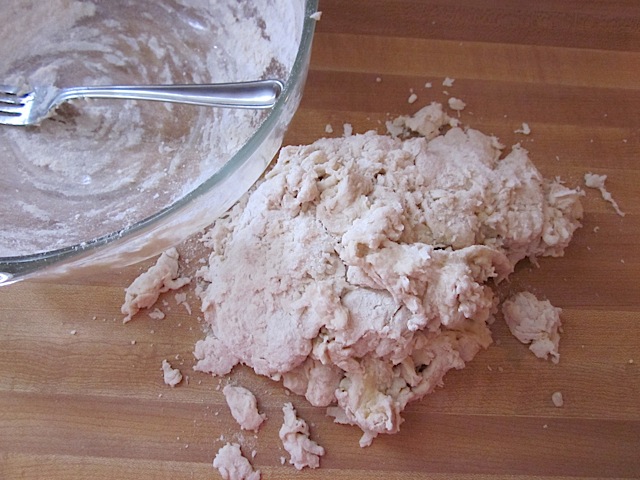 Mix the dough with a spoon until it is just combined. Turn the mixture out onto a clean surface and begin to knead. Knead the dough for 10 minutes. Add flour if needed but try not to add too much during the kneading process or you’ll end up with a dry, tough dough. 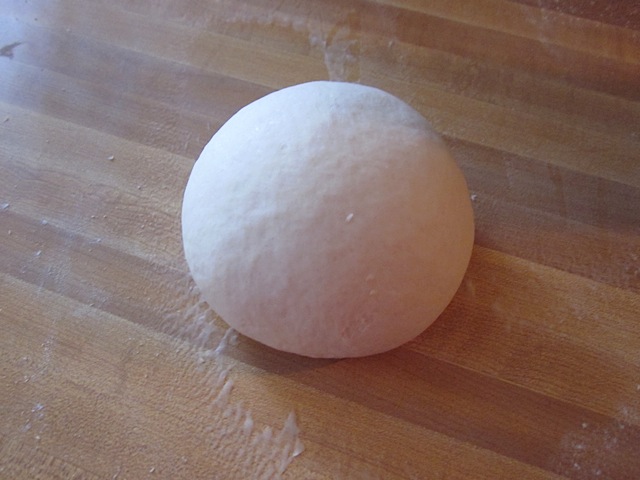 After you have kneaded it for 10 minutes, form it into a ball. It should be nice and smooth. At this point you can either let it rise and use it an hour later, refrigerate it and use it tomorrow or freeze it and use it within a month! 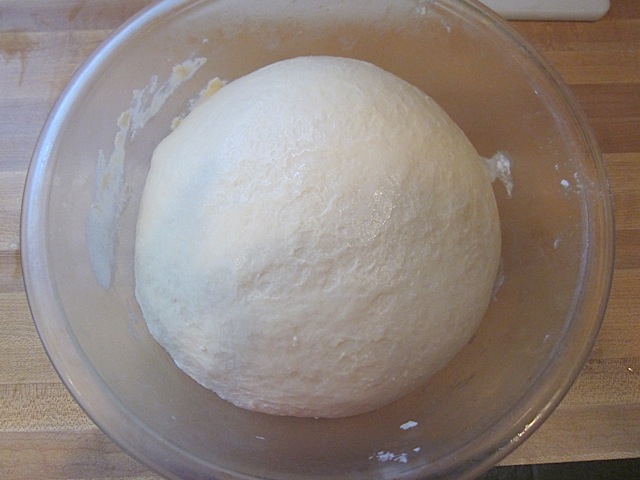 I made mine the night before but if I had let it sit on the counter for an hour it would look like this too. Punch it down to release some of the gasses, pull it out of the bowl and press it down into a circular shape. Stretch the dough until it reaches a 16″ round. 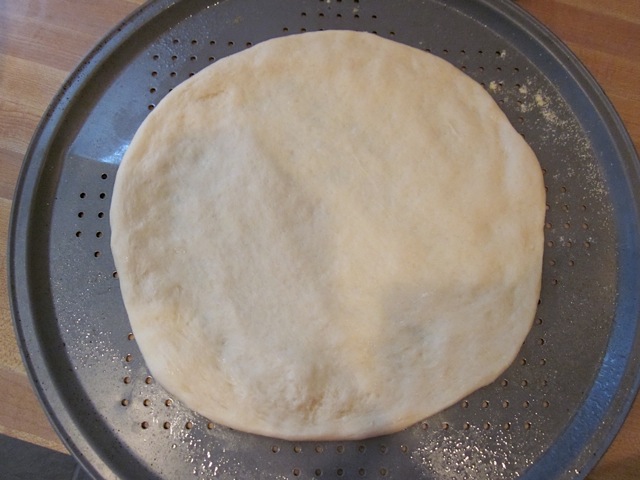 This is actually 1/3 of the pizza dough stretched into a 10 inch circle. For individual portions, dividing the dough into 4 to make 6-8 inch pizzas would probably be best. This was a tad large for a single portion. Place the dough on a pizza pan with non-stick spray and a light dusting of cornmeal. Finish it off with your favorite toppings. 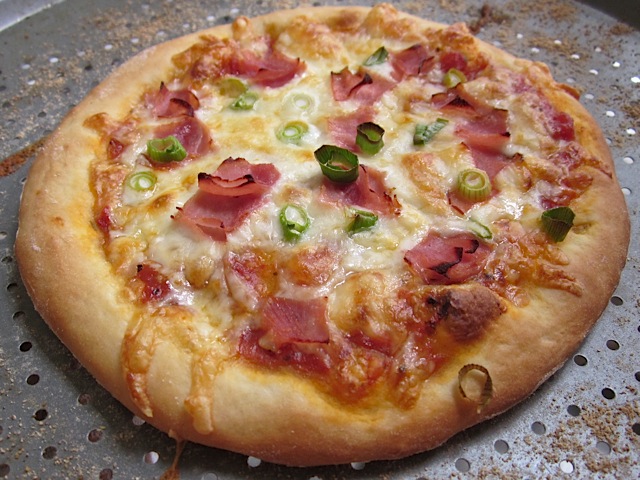 Bake the pizza in an oven that has been fully preheated to 450 degrees (I know you want to put it in before it’s done preheating BUT DON’T). Bake for about 10-12 minutes or until the edges are nicely browned and crispy. 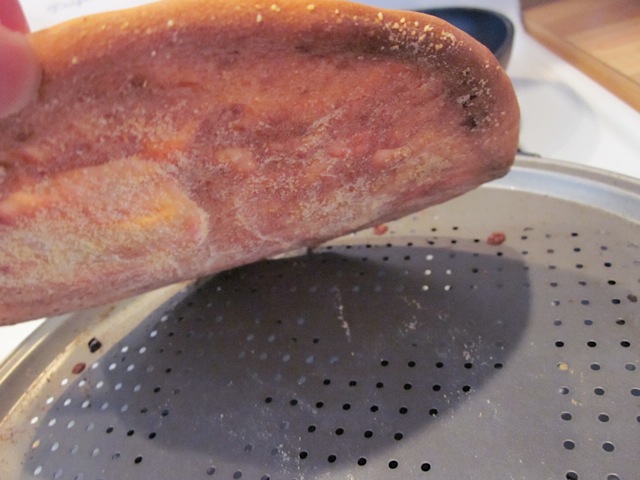 See how nice and crispy the bottom got? That is pizza success.

NOTE: I don’t have a pizza stone despite the fact that they really do make a HUGE difference in how the pizza bakes. I just think it’s a rip off to pay $30 for a piece of stone. BUT, while I was doing recipe research for this post, I got a little tip from the wonderful Mr. Alton Brown. In his pizza episode he disclosed that he just uses a 12″ x 12″ piece of unglazed quarry tile which can be purchased for about 99 cents. I will definitely be checking into that!

A couple of weeks ago I also stumbled upon a link to a site that describes how an upside down cast iron skillet can also be used as a pizza stone. If you aren’t a fan of my facebook page and missed it, here is the link.