Pink slime got you down? Maybe you’re already a vegetarian? Or maybe you just don’t like paying $4/lb. for ground beef? Well, if you don’t already know, lentils make a fantastic substitute (or extender) for ground beef!

I used lentils to stretch out a pound of ground beef in my Sloppy Joe’s Plus recipe, but when one of my wonderful readers (Hi Emily!) sent me a link to this recipe on A Couple of Cooks, I knew I had to try lentil tacos. …and I love ’em!

The taco seasoned lentils themselves are really easy to make (and cost only about $1.91) and then you can use whatever toppings or shells you want. I used small taco sized corn tortillas, homemade taco seasoning, homemade pico de gallo, fresh avocado (they were on sale), and some sour cream. The all-American lettuce, cheese, and tomato combo would also be great!

If your pantry isn’t well stocked enough to make your own taco seasoning, you can substitute a store bought packet of seasoning and you can always use a jar of salsa instead of fresh pico. The price breakdown below includes my selection of toppings, so be aware that your choices will affect your total cost. 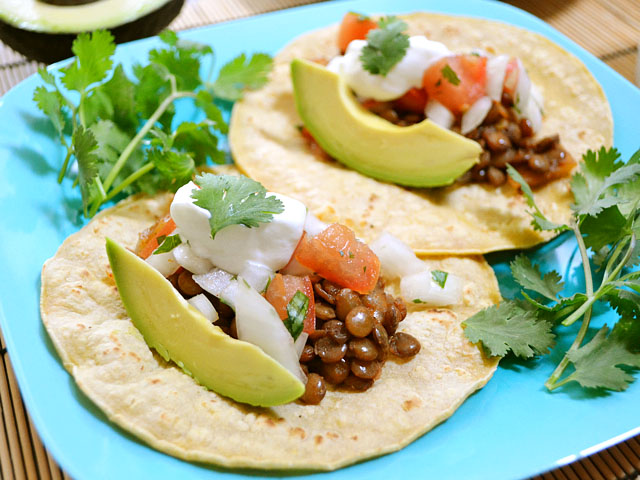 4.62 from 13 votes
You'll never know the meat is missing in these incredibly flavorful and filling lentil tacos! Step by step photos. 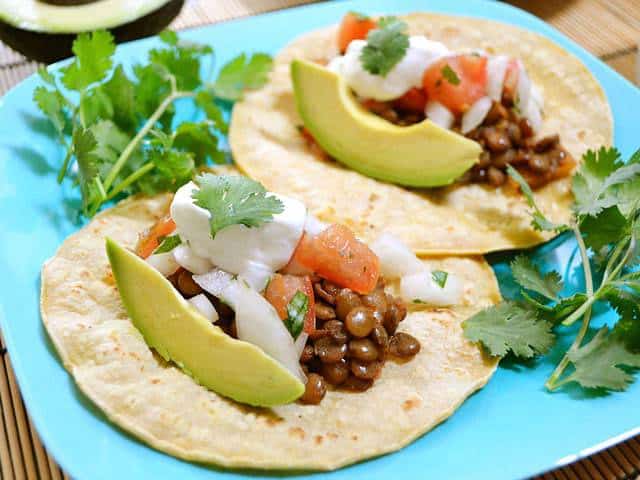 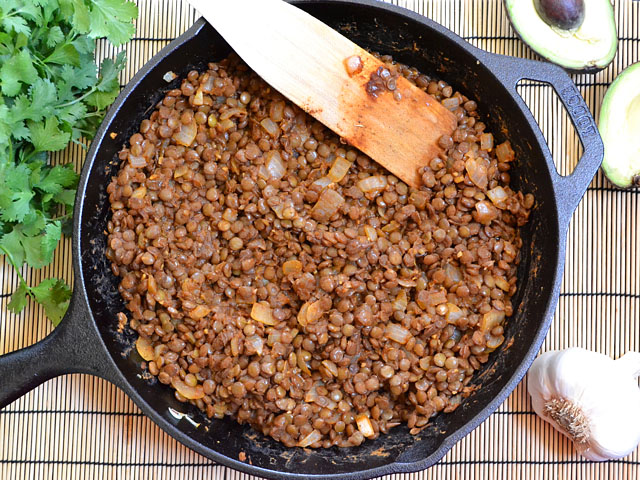 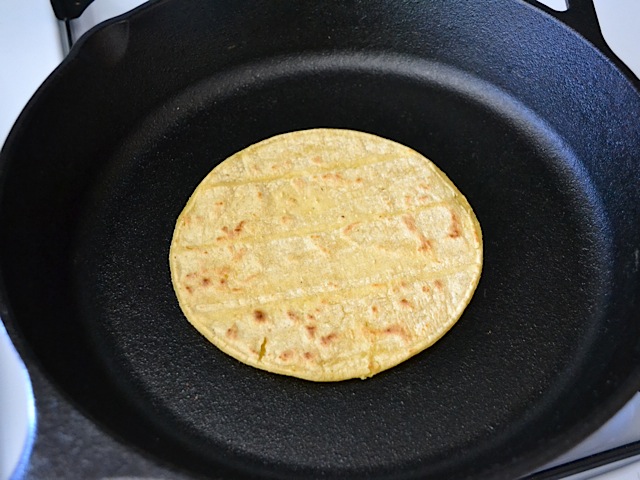 I used to think that I hated corn tortillas, until someone told me that I was supposed to toast them first, duh. Toasting them really does bring out a nice corn flavor instead of the bland, rubbery flavor that they have right out of the package. Toast them just until they are lightly browned (on each side), but still pliable. 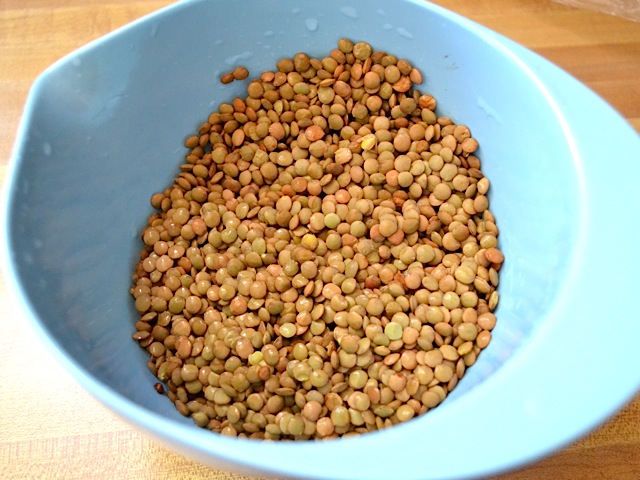 Next, sort and rinse the lentils. You don’t want to bite into a small pebble while eating your tacos. It’s easiest to sort them if you spread them out on a flat surface, like a baking sheet. Then just rinse them a few times under cool water. Also, buying lentils from bulk bins is usually much less expensive than buying packaged lentils. Make sure you get brown lentils, as they cook in about half the time of green lentils. Red or yellow lentils will turn to mush when cooked, so you don’t want to use those either. 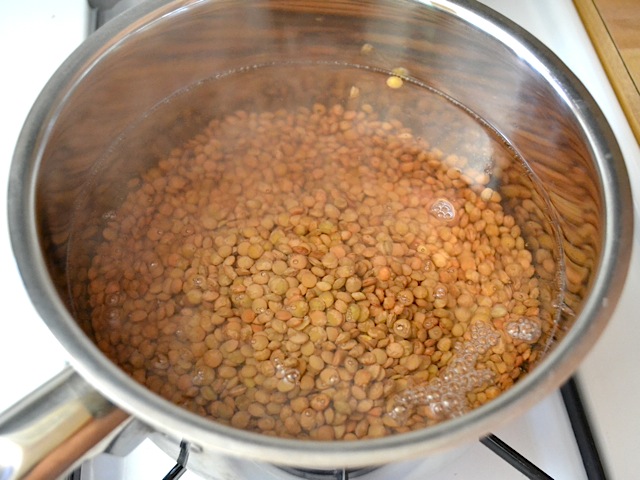 Bring three cups of water to a rolling boil. Only after it reaches a full boil, add the lentils. Allow it to come back up to a boil, then reduce the heat to low, place a lid on top, and allow it to simmer for 20 minutes. 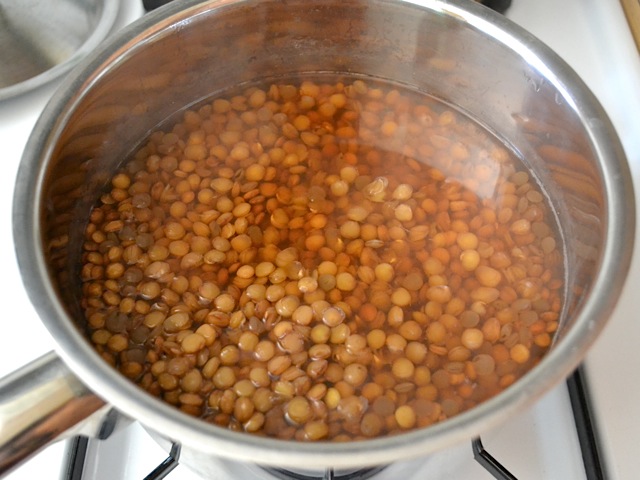 After 20 minutes, test the texture of the lentils. They should be tender but not mushy. If they are still a bit hard, allow them to simmer five minutes more and check them again. Once again, green lentils will take closer to 45 minutes to cook, so make sure to buy brown lentils. 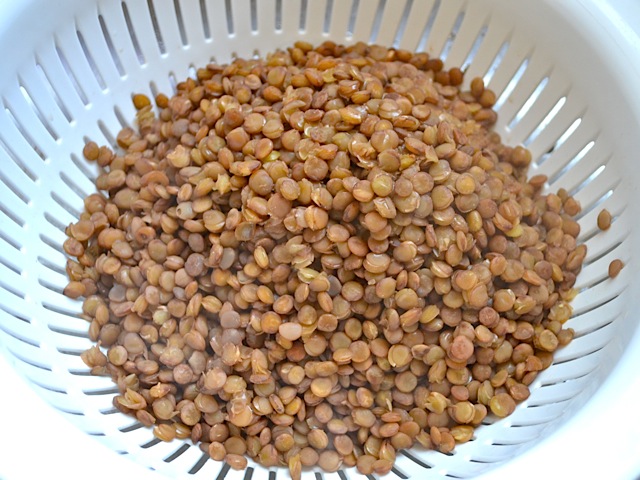 Drain the lentils in a colander and then set them aside unti you’re ready to use them. 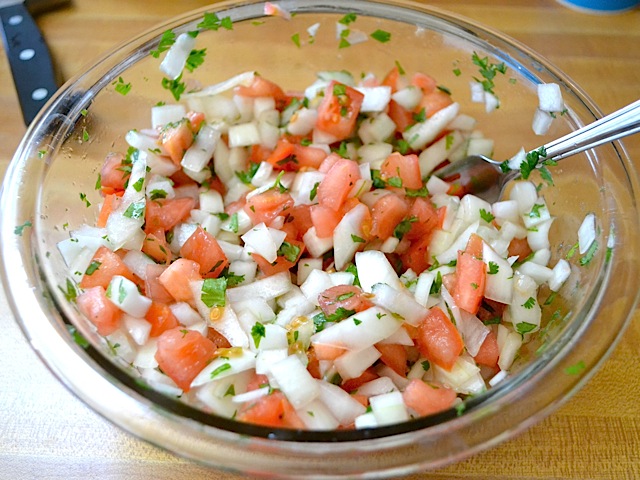 While the lentils are cooking, you can make the pico de gallo. The recipe is here, but basically all you do is chop an onion, tomato, and cilantro, and then stir them together with lime juice and salt. Super fast, easy, and delicious. 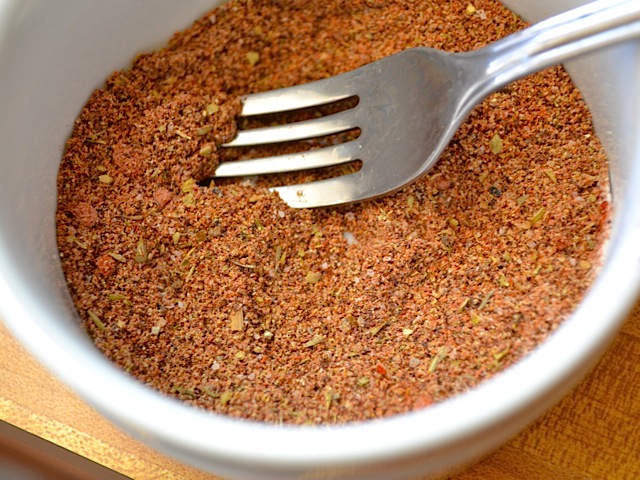 You can also mix up the taco seasoning while the lentils cook. The recipe is here. Make sure to add the corn starch, which is listed as optional in the recipe. 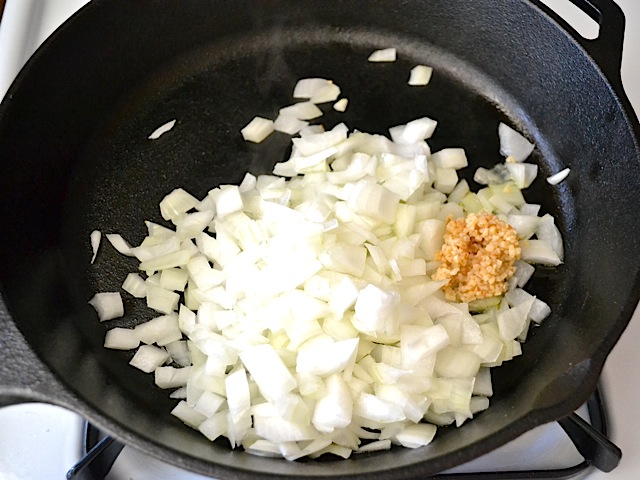 Next, chop the onion and mince the garlic. Cook them in a large skillet with olive oil over medium heat until tender (about five minutes). 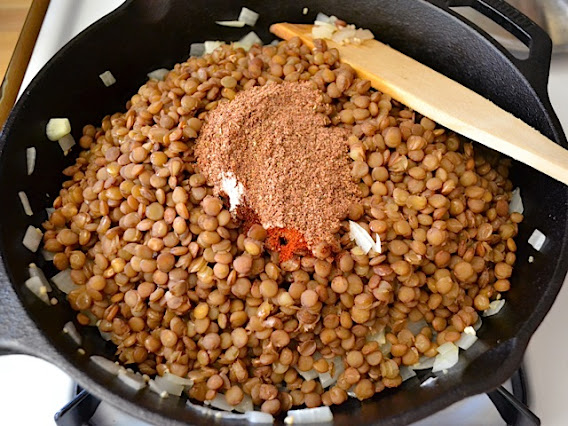 Once the onions are tender, add the drained lentils, the taco seasoning, and about a half cup of water. 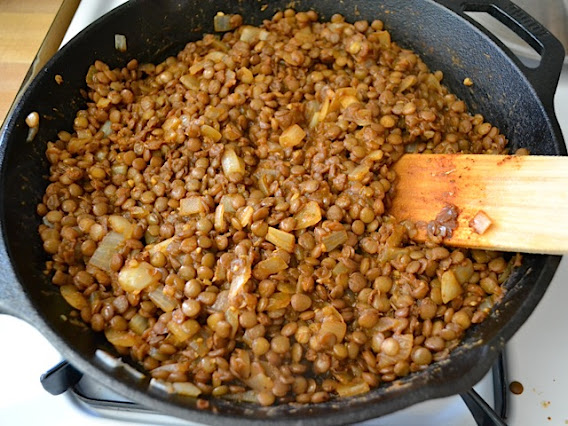 Cook and stir for about 5 minutes or until the mixture has thickened and is thoroughly mixed. Taste the mixture and add salt as needed. I added an extra teaspoon of salt, which made the flavors pop. 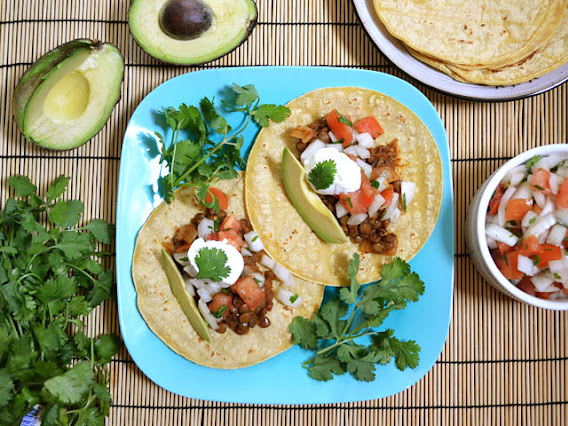 Build the tacos with your desired toppings! Since taco sized tortillas are very small (about a 6″ diameter), I used only about 1/4 cup of lentils per taco and ate two tacos per serving. The seasoned lentils yielded about 4 cups. 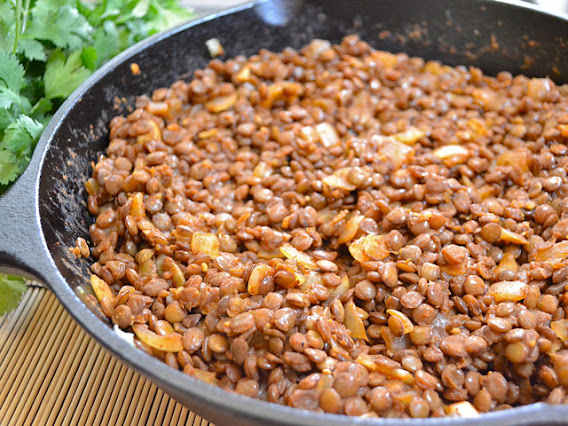 These lentils would also make an amazing burrito filling!!