As much as I love my myriad of baked oatmeal recipes, I’ve wanted to shake things up a bit lately and try something other than oats for breakfast.

Enter quinoa. If you’ve never had quinoa (“keen-wah”) it’s a little seed that is packed with protein and fiber. It cooks up fast and is fun to eat because the little pellets have a great texture once cooked. Usually quinoa is seen in savory dishes, but it also works great in sweet recipes, like this breakfast Apple Nut Quinoa.

The juice in this recipe provides all of the sweetness that you need and really ups the flavor a notch (or ten). Use any juice blend that you’d like, but try to get one that is 100% juice and doesn’t contain any added sweeteners. I thought apple cranberry would have been nice, but the apple cherry that I used was much less expensive and happened to have no added sugar, so I went with that.

Hit up the bulk bins at your local grocery store or health food store for the best price on quinoa. It’s often over priced when sold in small packages (these are usually found near rice and beans).

It’s almost New Years and time for resolutions, so keep this one handy for when you get that sudden motivation to be “healthy”! ;) 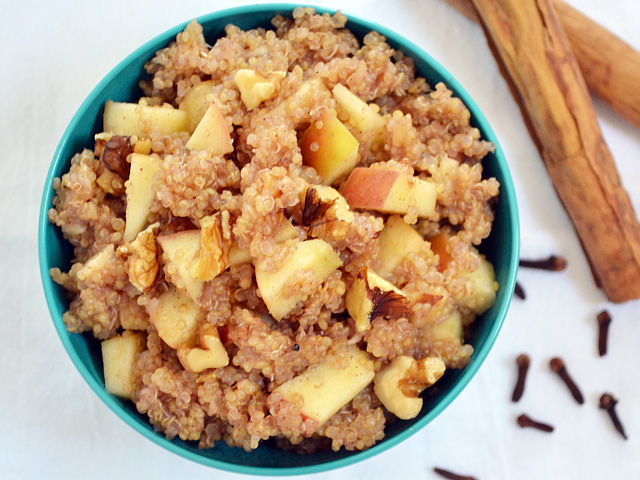 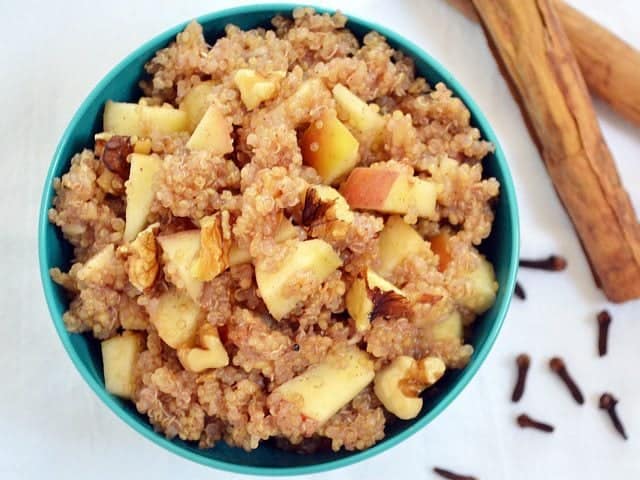 This quinoa can be refrigerated and then reheated in the microwave each morning for a quick fix! I like to top it with a little milk (dairy, soy, or almond – they’re all great). 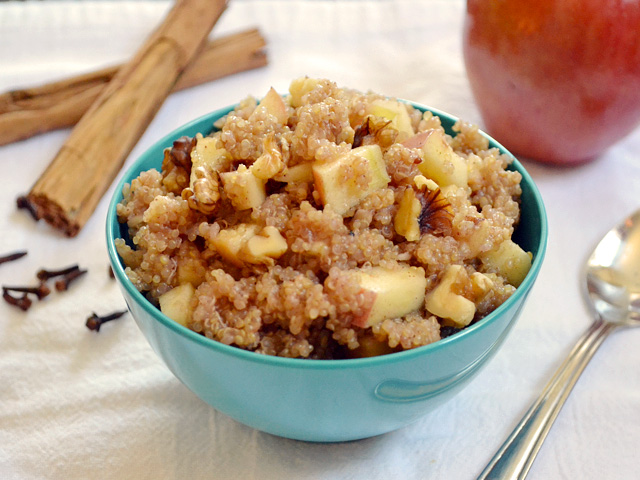 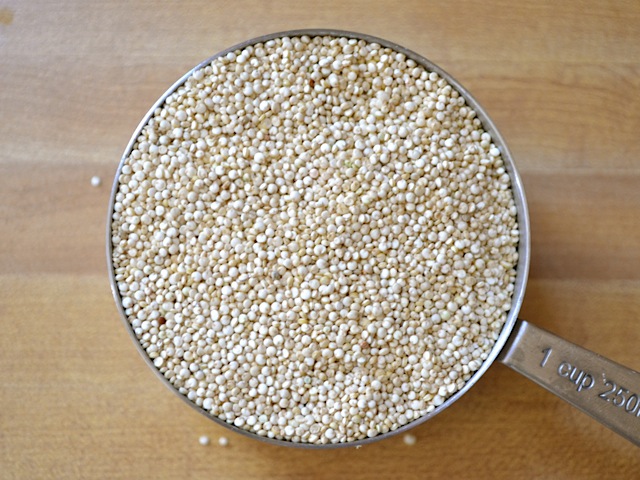 This is what quinoa looks like when it’s dry. Little white pellets. Careful, they like to static cling to plastic bags and tend to get ALL over the place when spilled… 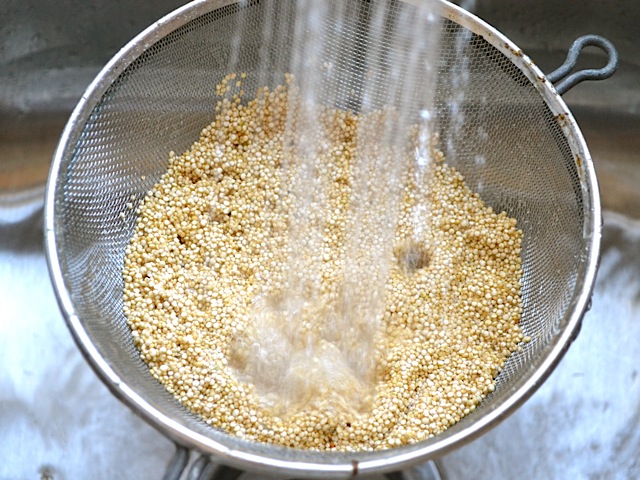 Rinse the quinoa really, really well… and then rinse it some more. The easiest way is with a wire mesh sieve because they are so small that they’ll fall through a colander. But, you can just do it carefully in a bowl if you don’t have one. 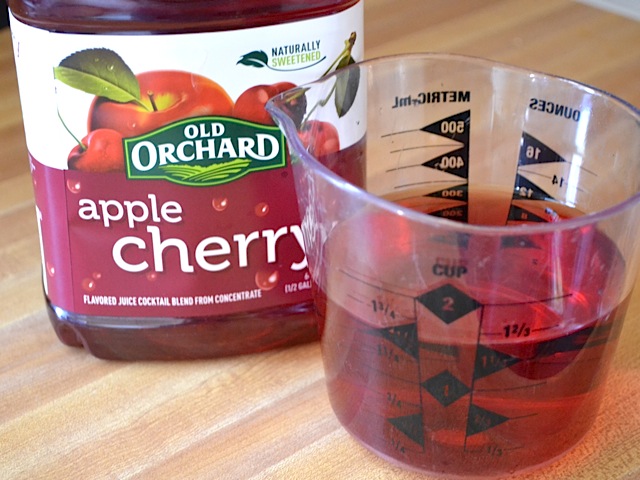 This is the juice that I used. It’s totally yummy and has no added sugar, just blended juices. You can use plain apple or apple/cranberry or just be creative! 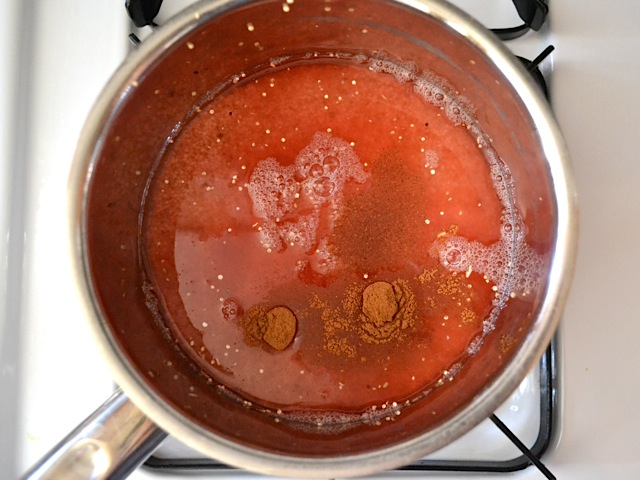 Put the rinsed quinoa in a pot and add the juice, salt, cinnamon, and cloves. I filled my 1/8 tsp measuring spoon half way for the cloves, so about 1/16 tsp. Give it a quick stir to make sure it’s combined. Put a lid on top and bring the pot up to a boil over high heat. As soon as it reaches a boil, turn it down to low and let it simmer for 15 minutes. After simmering for 15 minutes, turn the heat off and let it rest for an additional ten minutes without removing the lid. 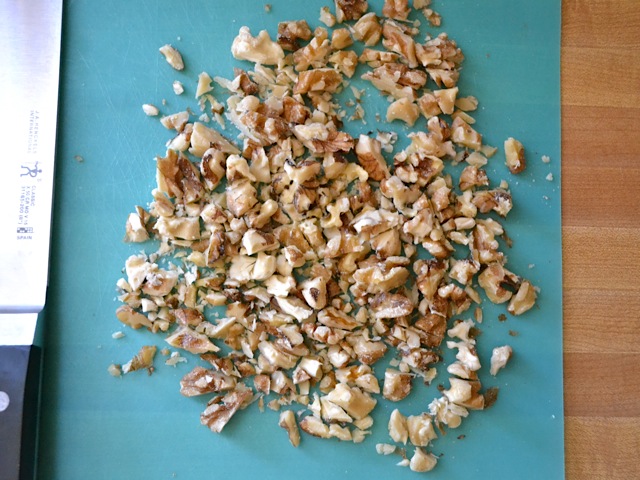 Meanwhile, roughly chop up the walnuts… 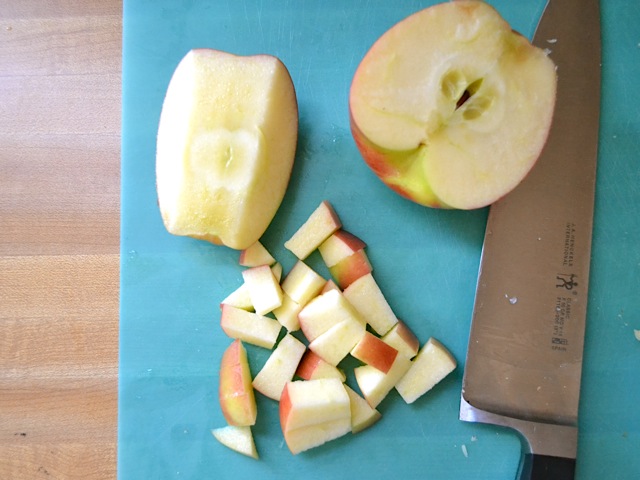 And chop the apple into small pieces. 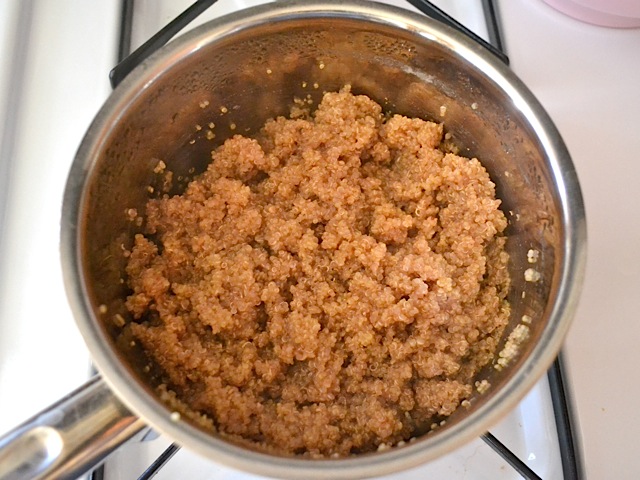 After the quinoa has cooked and then sat for 10 minutes, remove the lid and fluff it up with a fork. 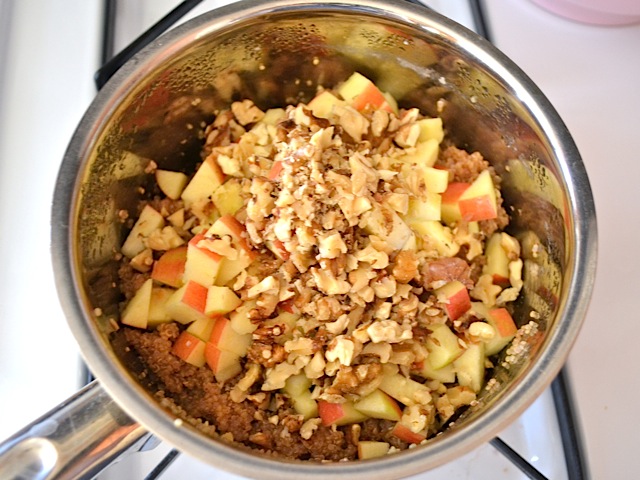 Add the apples and walnuts… 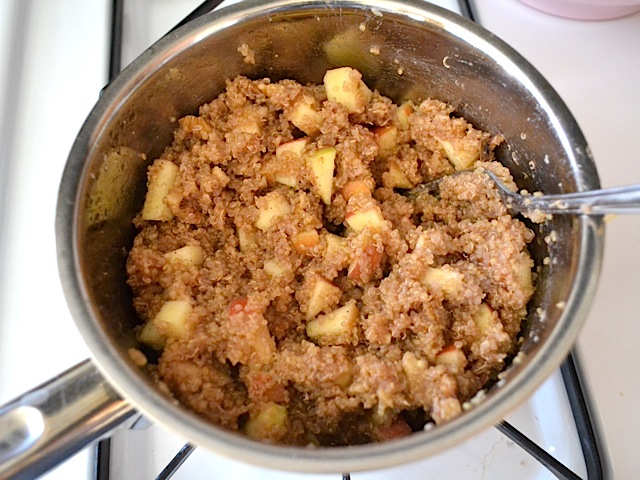 Stir to combine and you’re done! How easy is that! 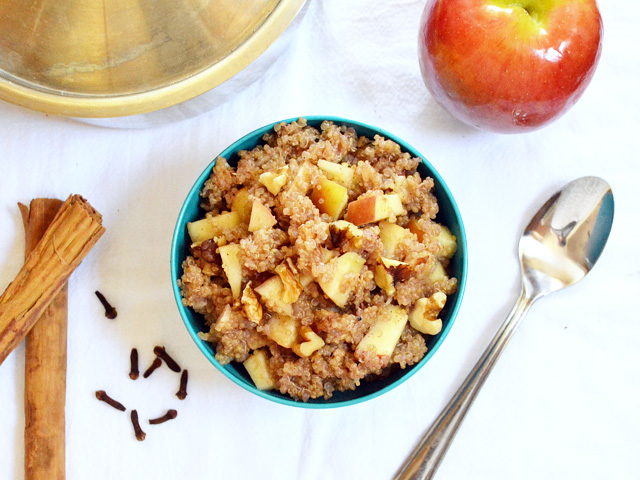