After making my first batch of tortillas the other day, I decided to try another recipe. I chose a recipe that uses vegetable oil (and very little of it) instead of lard because, lets face it, there isn’t always room for lard in our lives. At least not mine.

I ate one right off the skillet and I wasn’t too impressed. The texture was more like a flat bread than the almost pie-crust-like, flaky texture of lard tortillas. I figured that I wouldn’t make them again… but then the low fat tortillas and I had a moment.

Fast forward to 3:30am New Years day when I stumble into the house after wishing the entire city of New Orleans a happy New Year. I had one thing on my mind and one thing only: EGG AND CHEESE QUESADILLAS!! I didn’t pay attention to which tortillas I grabbed out of the fridge because, honestly, at that point it didn’t matter. Well, I grabbed the low fat batch and I was very pleased. They were good. Very good, for being low fat. And that wasn’t just my celebratory state speaking. I’ve eaten them nearly every day since! I probably WILL make these again after all!

So, for all of you who can’t afford to have lard in your diet, here is a good substitute. (but to be fair, you really can’t compare the two… lard tortillas and non-lard tortillas are just two different beasts). 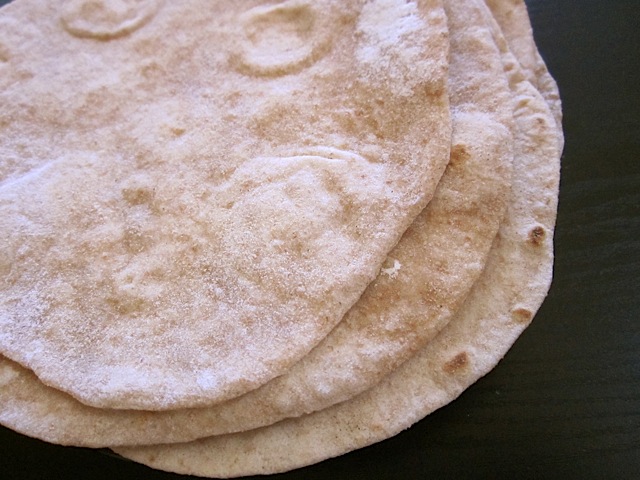 4.55 from 11 votes
These flour tortillas are not only delicious and inexpensive to make, they're low fat and vegan!
Author: Cafe Nilson 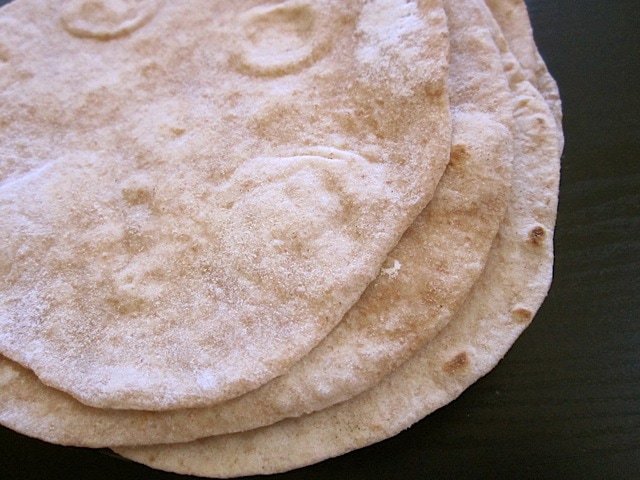 The tortillas will stay good in the refrigerator (in an air tight container) for about a week. 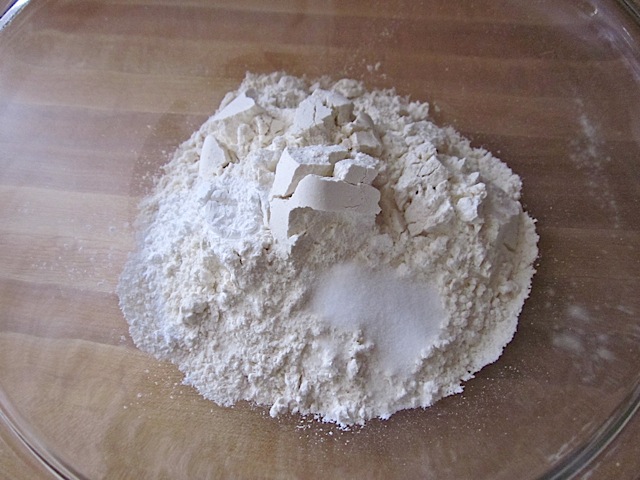 Combine the dry ingredients in a bowl and stir until evenly mixed. 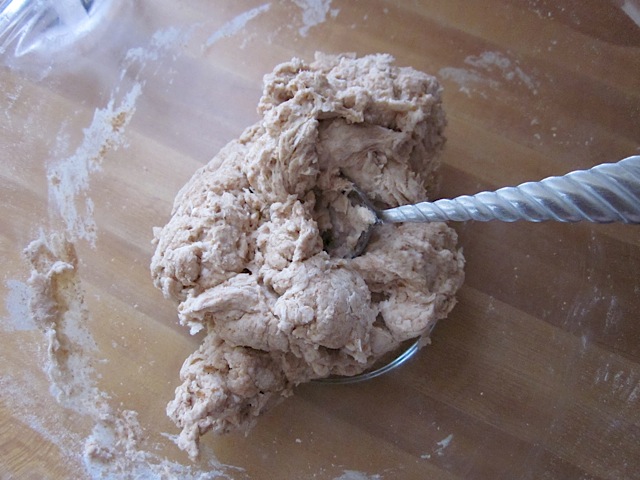 Combine the oil with the warm water and then begin adding to the flour mixture. Stir in water until it forms one piece of dough (no dry bits left in the bowl). You may need more or less than 3/4 cups of water depending on the moisture content of your flour. 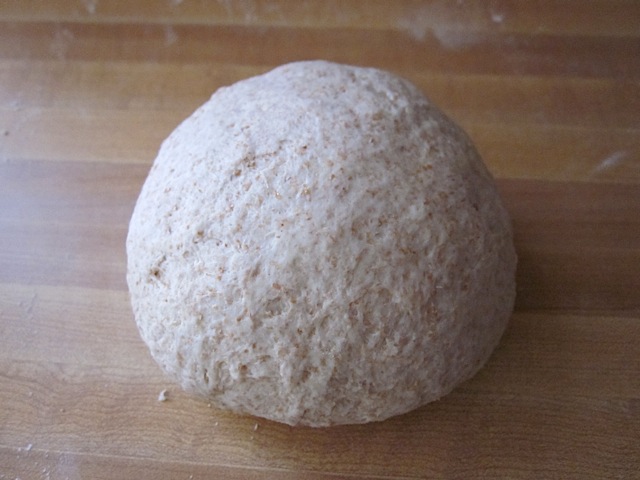 Knead the dough for about a minute then shape it into a ball. Allow the dough to rest for about 10 minutes. 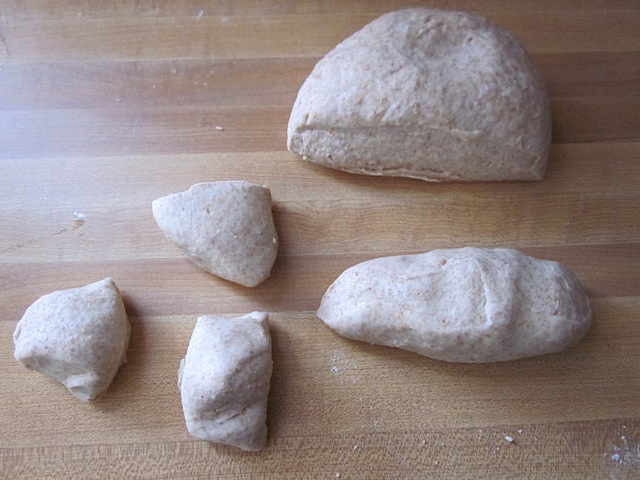 Divide the dough into 12 pieces (for 6 inch tortillas). 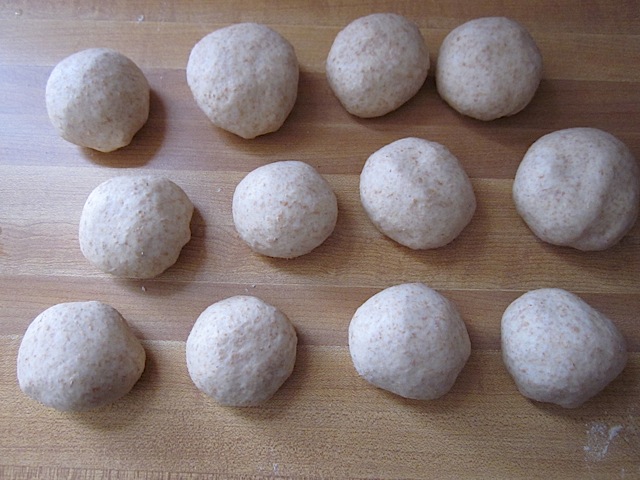 Shape each piece into a ball and then let rest for another 10 minutes. 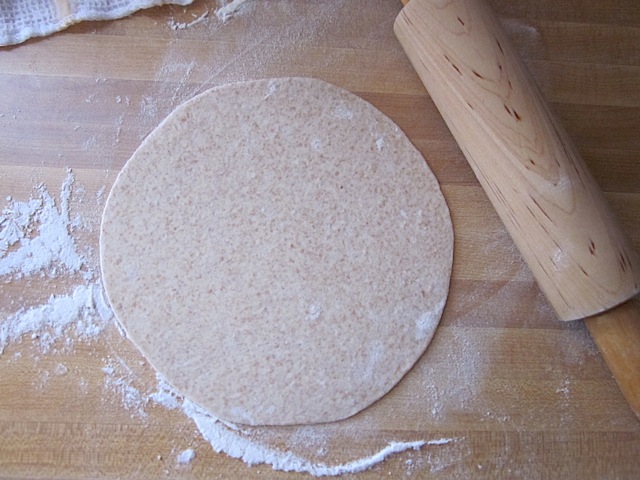 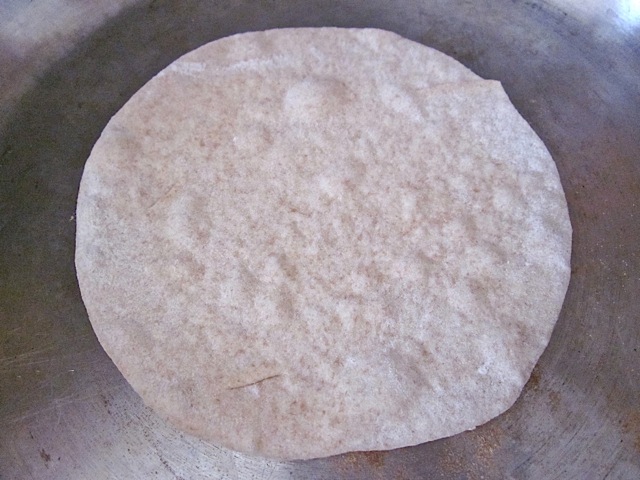 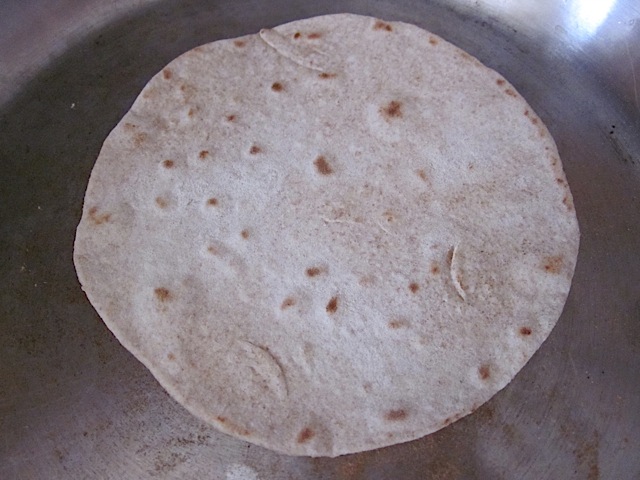 Heat a heavy bottomed skillet over medium heat. Cook each tortilla in the hot, dry skillet until they are blistered and slightly golden on each side. Stack them on a plate, covered with a dry towel until all of the tortillas have finished cooking.

Keep the tortillas in an air tight container in the refrigerator for up to a week.