Tortillas are one of my favorite bread items and I use them for just about everything. Luckily, there is a fairly large Hispanic population in Louisiana so I am able to find tortillas fairly inexpensively at the grocery store. …EXCEPT burrito size tortillas (the really large kind). I can only find burrito sized in large national brands, like Mission, and they tend to be pretty pricey, comparatively speaking. …which is dumb because tortillas are about the cheapest things on the planet.

So, using this recipe from Rick Bayless, I whipped up a batch of tortillas! It was pretty quick and painless and resulted in some pretty delicious flour tortillas.

His recipe uses all white flour while I substituted about 1/3 with whole wheat. Also, I divided my dough into 8 pieces rather than 12 so that I could make larger burrito-sized tortillas. This recipe is really easy and is a very reasonable project for the weekend. The tortillas stay good in the refrigerator for up to a week (in an air-tight package). 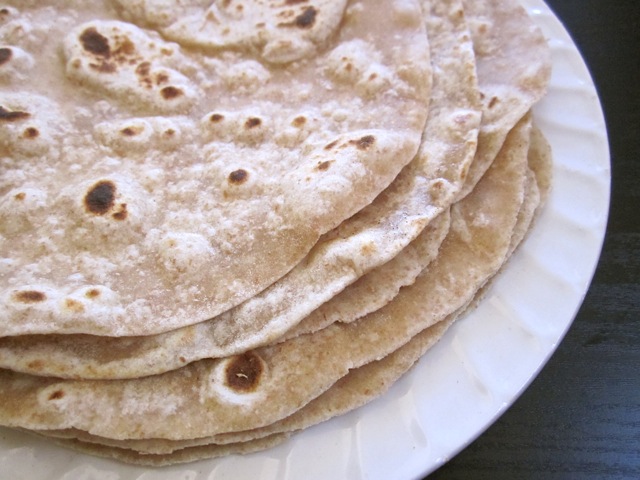 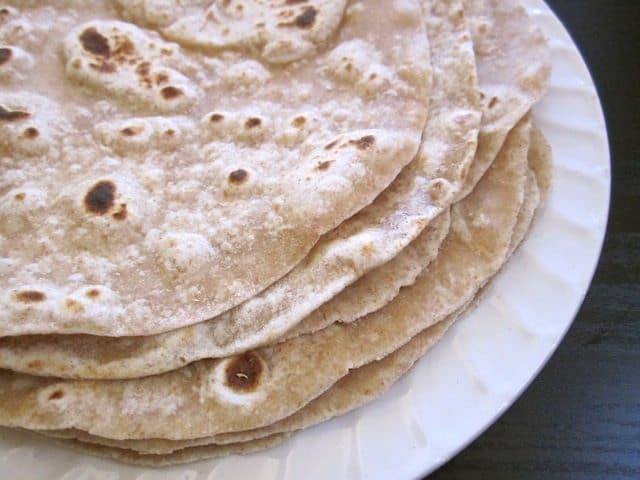 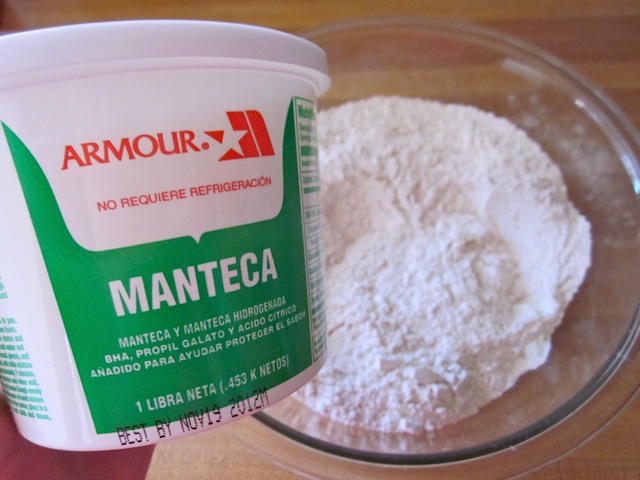 Add the lard to the flour in a large bowl. “Smoosh” it in with your hands until the mixture resembles coarse sand. 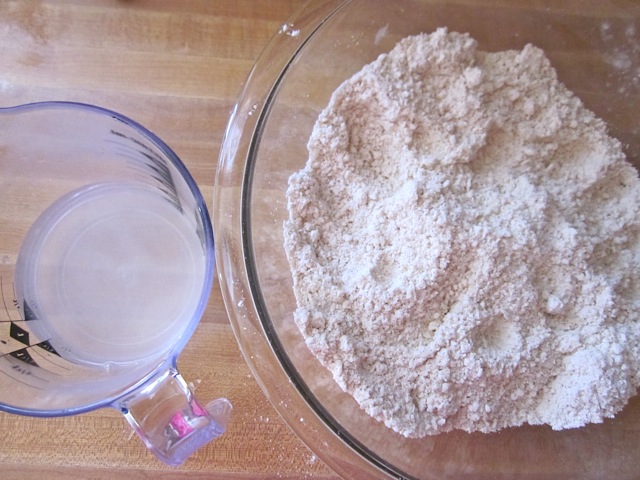 Dissolve the salt into the warm water. Add the salt water to the flour/lard a little at a time until a cohesive ball forms. 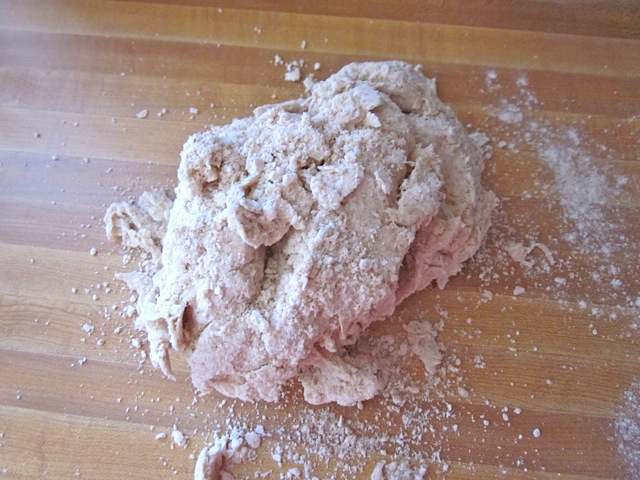 Turn the rough ball of dough out onto a lightly floured counter and knead it for a minute or two or just until everything is evenly mixed. The dough feels VERY different than regular bread dough so don’t worry if it’s difficult to knead. 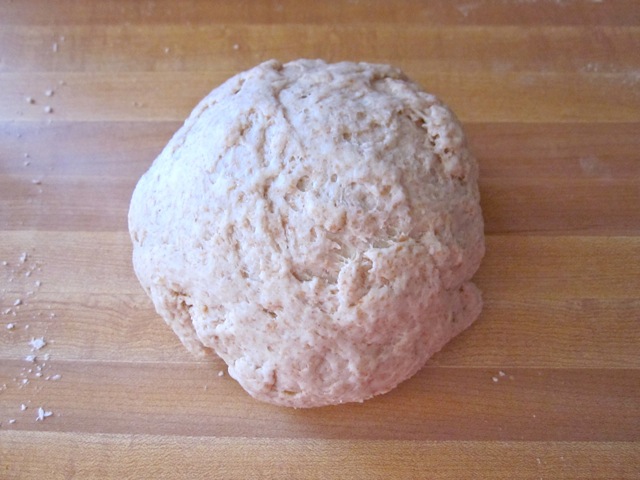 Shape it into a ball. 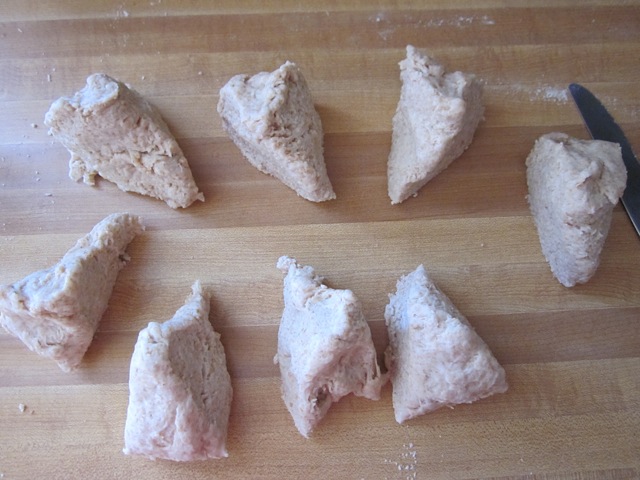 Divide the dough into 8 or 12 pieces depending on how big you want the tortillas. 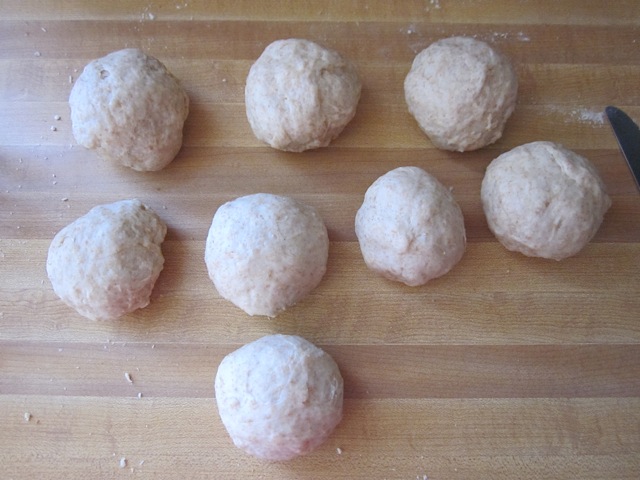 Shape each piece into a ball as best you can. The dough is still fairly stiff at this point so don’t worry if they’re not perfect. Cover the balls of dough with a damp cloth and let rest for 30 minutes 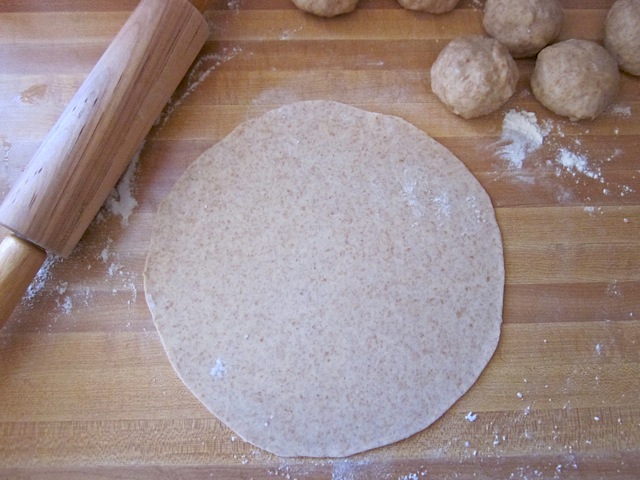 After the rest period, the dough will be much easier to work with. Roll each tortilla out until it is about the thickness of poster board (not quite as thin as paper but not nearly as thick as cardboard). 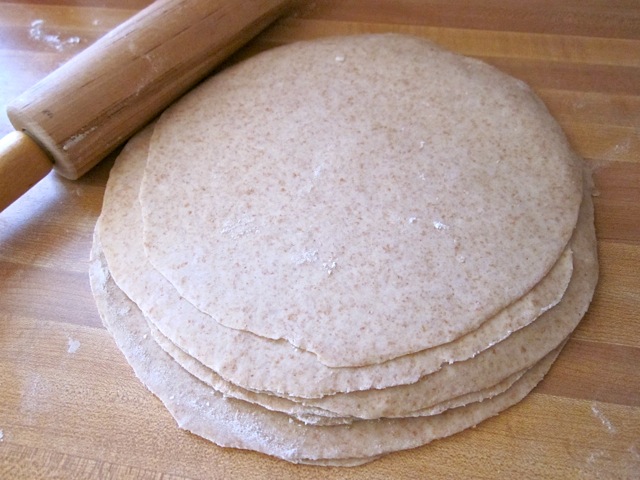 Stack the tortillas as you roll them out. Once they’re all finished, preheat a heavy skillet over medium heat. 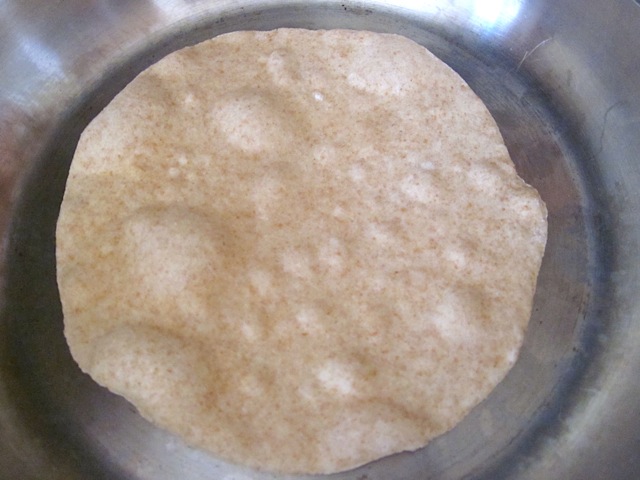 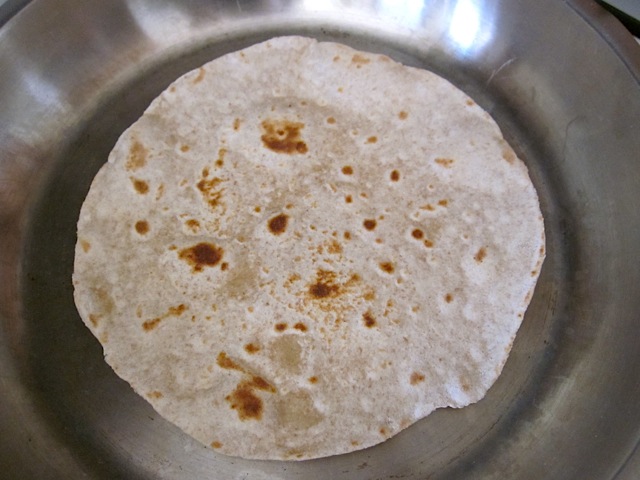 Cook the tortillas one at a time in the hot skillet. Cook on each side until slightly bubbly and lightly golden brown (about 30 seconds each side). 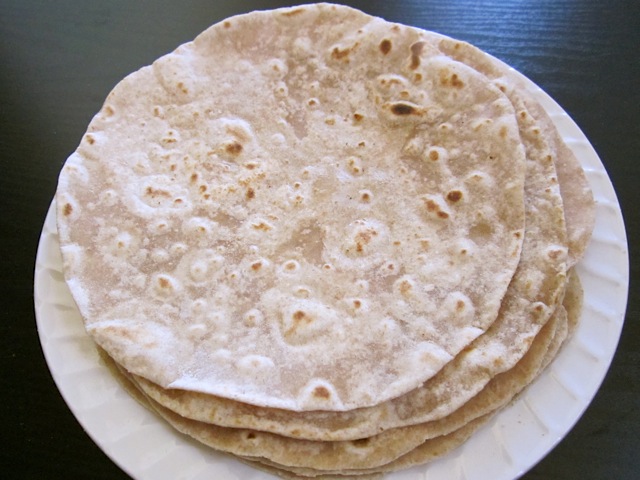 Stack the tortillas on a plate and cover with a damp towel to keep them warm and soft until they are all cooked.

If you are a vegetarian, you can substitute vegetable shorting for the lard and get a similar result. I will be posting a low-fat tortilla recipe tomorrow (I wasn’t a fan at first but they have definitely grown on me!!)