The sun is shining, Cinco de Mayo is next week, and I’m over here craving bright fresh flavors, like cilantro and lime. Okay fine, so I’m actually craving margaritas, but my body doesn’t let me drink lots of margaritas anymore so I’m going to get those flavors via chicken instead. This Easy Cilantro Lime Chicken is a faster and easier version of an old recipe of mine, Cilantro Lime Chicken Drumsticks, which are baked in the oven. The skillet is so much faster and easier, and the boneless thighs I used are always tender and juicy. There are definitely a few options with this recipe, so make sure you read on to find out more!

Yes, you can make this with boneless, skinless chicken breast. Chicken breasts are a little more finicky, though, so you’ll need to do an extra step. Since chicken breasts dry out faster, make sure to pound your chicken breasts out to an even thickness, no more than 3/4″ thick before cooking. This will ensure that the chicken can cook all the way through quickly, without drying out.

Can I Use Bone-In Chicken?

I don’t suggest bone-in chicken for this quick skillet method, since bone-in chicken takes longer to cook through. Instead, see my Cilantro Lime Chicken Drumsticks recipe (you can use drumsticks or thighs), which is baked in the oven.

Can I Cook the Cilantro Lime Chicken on a Grill?

Yes. Marinate the chicken as usual, then cook on the grill, until well browned and cooked through on each side. The open flame will give this chicken even more depth of flavor.

What to Serve with Cilantro Lime Chicken

My favorite side dish for Cilantro Lime Chicken is Cowboy Caviar, but it also goes great with Quick Seasoned Black Beans and Taco Rice, Cumin Lime Coleslaw, Sweet Corn Salsa, or Warm Corn and Avocado Salad. You could also chop up the chicken and use it to fill tacos, or slice it and use it to top your favorite salad! 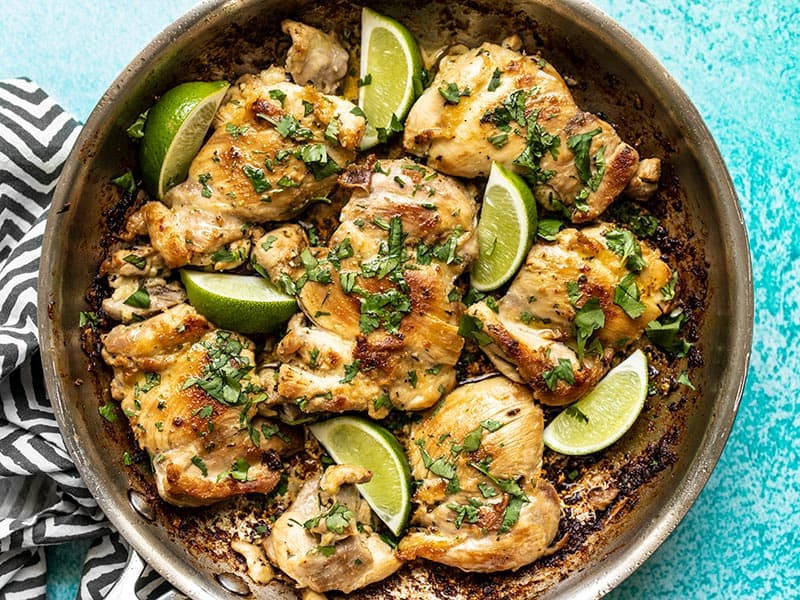 4.90 from 39 votes
Easy Cilantro Lime Chicken is full of the bright fresh flavors of summer. Cook it quickly in a skillet or throw it on the grill for a fast dinner!
Author: Beth – Budget Bytes 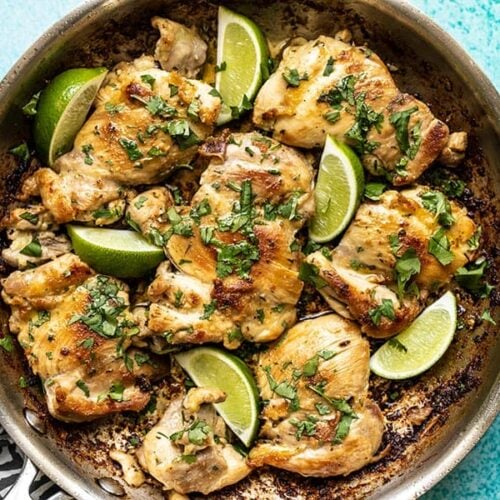 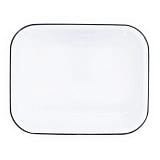 How to Make Cilantro Lime Chicken – Step by Step Photos

Begin the cilantro lime marinade by combining 2 Tbsp olive oil, 4 cloves of minced garlic, 1/2 tsp cumin, 1/2 tsp salt, and some freshly cracked pepper (about 10 cranks of a pepper mill) in a small bowl.

Zest and juice one of the limes. You’ll need 2-3 Tbsp of lime juice, so if needed, juice half of the second lime. Cut any remaining lime into wedges to serve with the cooked chicken. Roughly chop 1/2 bunch cilantro. Half of the cilantro will go into the marinade, the other half will be used to top the cooked chicken.

Add half of the chopped cilantro, 1 tsp lime zest, and 2-3 Tbsp of lime juice (depending on how much your lime yielded) to the marinade. Stir to combine.

Add six boneless, skinless chicken thighs (about 1.5 to 1.75 pounds total) to a shallow dish or large zip top bag. Add the marinade and toss the chicken to coat. Let the chicken marinate for 30 minutes (or up to 8 hours in the refrigerator), turning the chicken once or twice as it marinates.

When you’re ready to cook the chicken, heat a large skillet over medium-high. You want the skillet to be nice and hot so the chicken browns and cooks quickly. If the heat is too low or the chicken is too crowded, it will get soupy and will not brown, so if needed, cook in two batches. Cook on each side for about 5 minutes, or until it’s browned and cooked through.

Add the remaining chopped cilantro to the cooked chicken.

Squeeze fresh lime over the finished chicken or serve with lime wedges so each person can squeeze their own.

That fresh pop of lime is 👌. 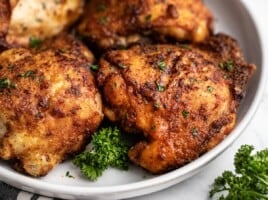 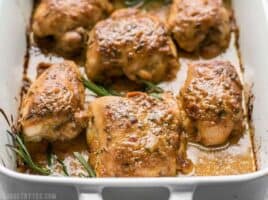 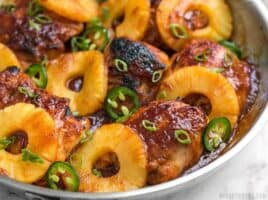 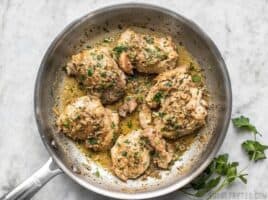