Chicken and pumpkin? Sounds weird, right? Well just wait until you taste it…

I made this simple pumpkin soup ages ago and decided to make a newer, better, more powerful version today. I took it in a southwest direction by adding some smokey chipotle peppers in adobo, earthy cumin, and fresh cilantro. Black beans, corn, and a shredded chicken help make the soup more hearty and almost stew-like. So nom-nom-nom and perfect for stashing in the freezer!

Get some tortilla chips or hearty bread to dip in to this soup because you’re gonna want to soak up every last drop!

P.S. If you don’t like cilantro, slice up some green onions to throw in there. They’ll offer a nice freshness and a pop of green color to replace the cilantro.

P.S.S. Now that I’m thinking more about it, a little shredded cheddar or a dollop of sour cream would be amazing on this soup. 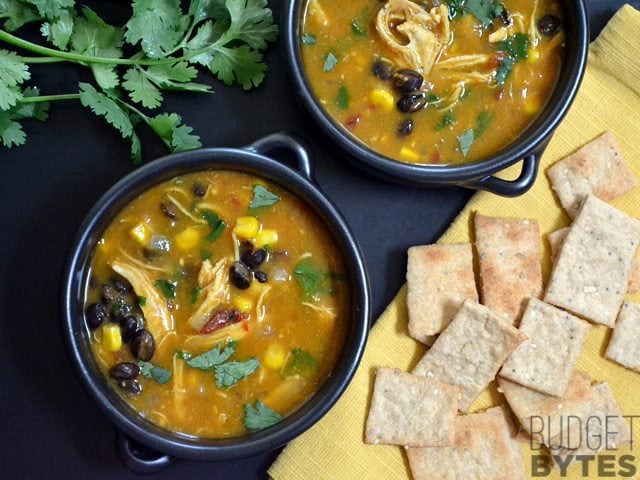 *The chicken was purchased on sale for $1.99/lb. and stashed in my freezer until now. I always use Better Than Bouillon soup base to make my broth, which is far less expensive than buying canned or boxed broths. 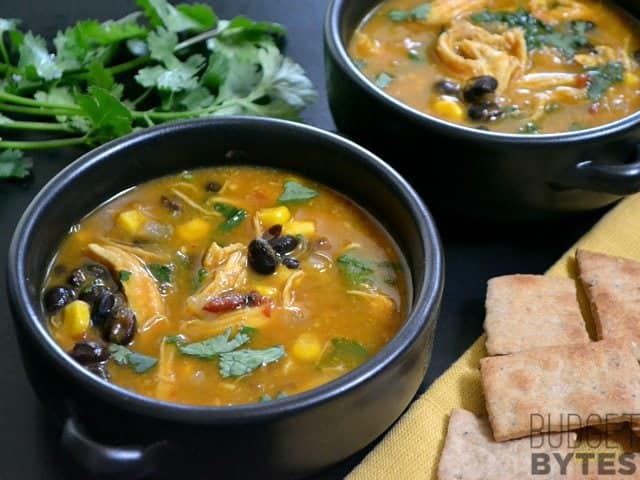 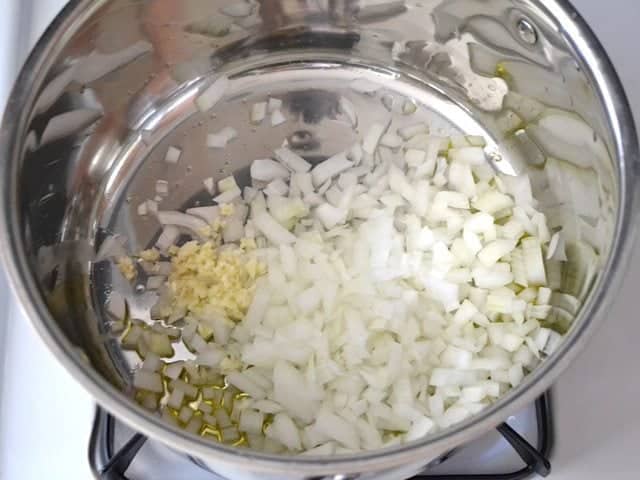 Dice the onion and mince the garlic. Cook both in a large soup pot with the olive oil over medium heat until translucent. 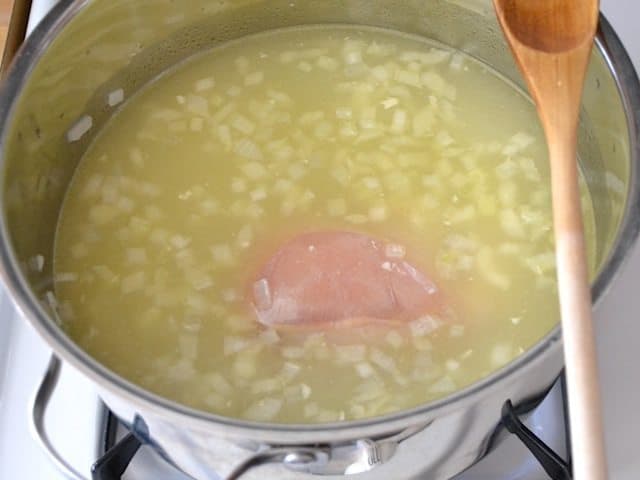 Add the chicken breast and chicken broth to the soup pot. If the broth doesn’t cover most of the chicken, go ahead and cut the chicken into two pieces so that it is mostly submerged. Place a lid on the pot, turn the heat up to high, and bring it to a boil. Once it reaches a boil, turn the heat down to low and let it continue to simmer for 30 minutes. 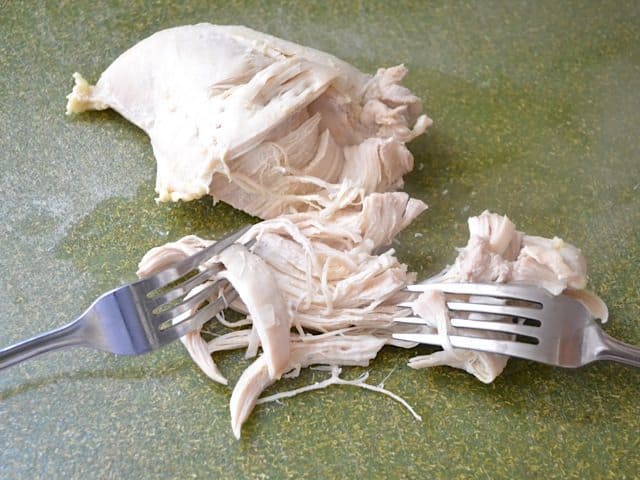 After 30 minutes, remove the chicken breast and use two forks to quickly shred it. Return the shredded chicken to the pot. 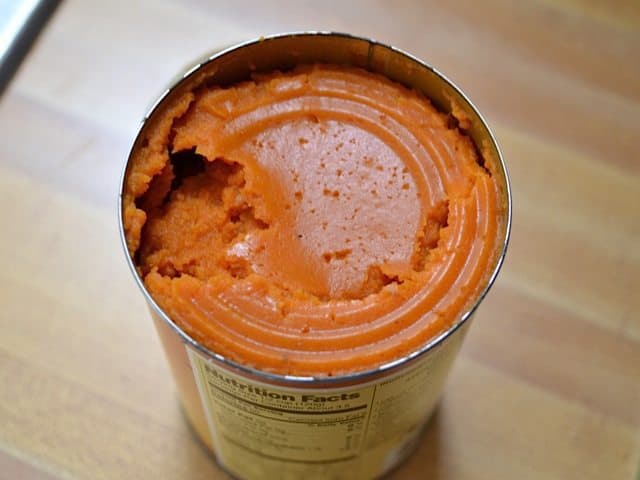 Add the pumpkin purée to the soup and stir until it is mixed into the broth. 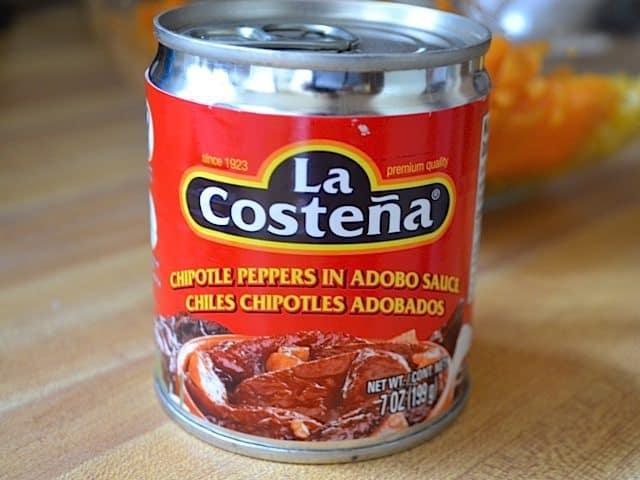 Chipotle peppers in adobo sauce are sold in little cans like this. The peppers are spicy and the sauce is nice and smokey. 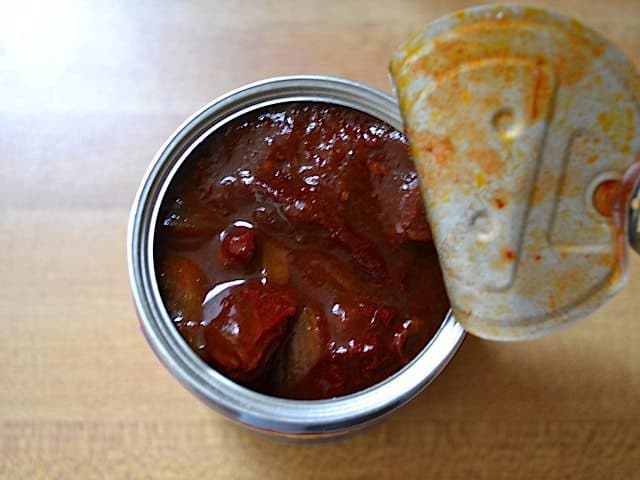 Take one or two of the peppers out of the can and mince them. Add the minced peppers and a spoonful of the sauce from the can to the soup. You can freeze the rest of the can of peppers for later use (I actually used peppers that I had in my freezer today. These pictures are from before.). Also add the cumin to the soup at this point. 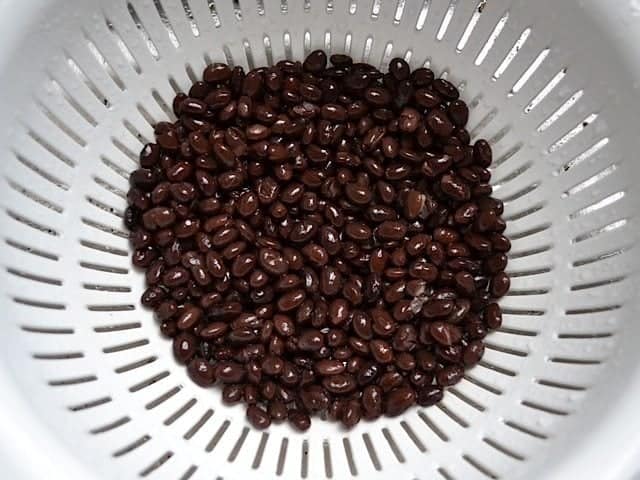 Give the black beans a quick rinse and add them to the soup along with the frozen corn kernels. Allow the soup to come up to a simmer and then cook for about 10 minutes more to allow the flavors to blend. 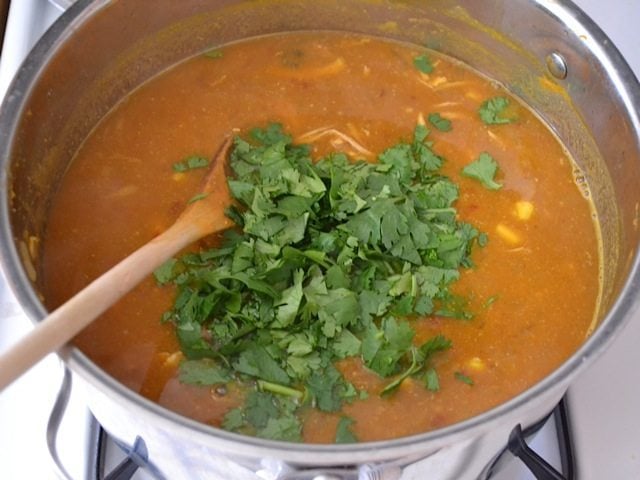 Lastly, roughly chop the cilantro and stir it into the soup. Give it a taste and add about 1/2 teaspoon of salt if desired. 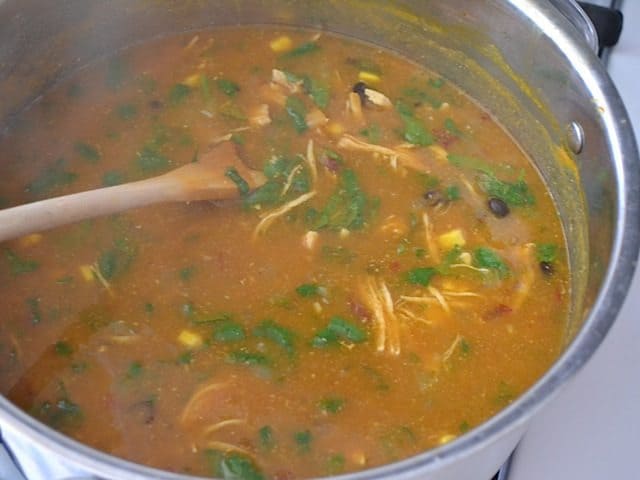 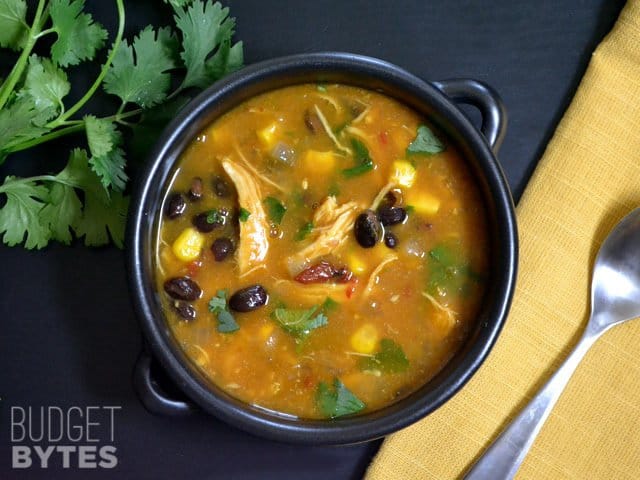