I fell in love with Indian food last year and have craved it ever since. I’ve experimented here and there but it’s still completely uncharted territory to me. I recently discovered the show Spice Goddess on the Cooking Channel and I watch it whenever I get a few spare minutes.

Last week I saw her make this Chicken South Indian Style and was totally inspired. Sure, I didn’t have *any* of the spices called for in the recipe, nor did I have time to go hunt them down, but cooking is all about improvising. My yellow jasmine rice is one of my all-time favorite recipes that I’ve ever made for the blog, so I decided to use a similar mix of spices for this recipe.

And of course, there is the jasmine rice. So simple, so aromatic, SO important. This dish just wouldn’t be the same without the jasmine rice. It’s worth hunting down if your local market doesn’t have it. Ethnic markets or major supermarkets with well stocked ethnic aisles should carry jasmine rice in large, 5 lb. bags, which will be a fraction of the cost of the small “gourmet” rice brands. Check the bottom shelf, it’s usually hiding there. 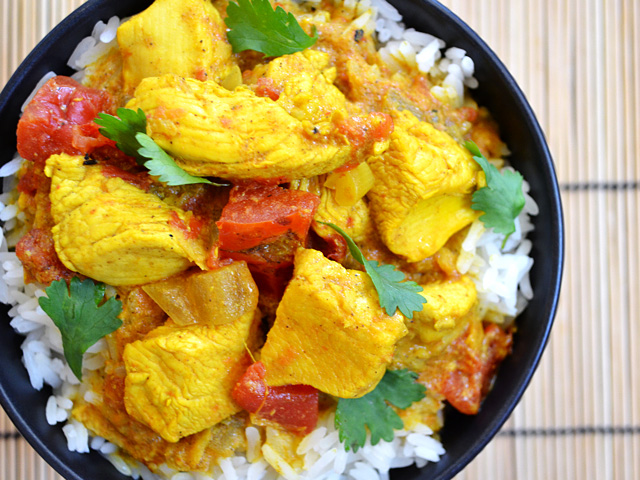 4.68 from 31 votes
A creamy and spicy dish, turmeric chicken will not leave your taste buds wanting more. 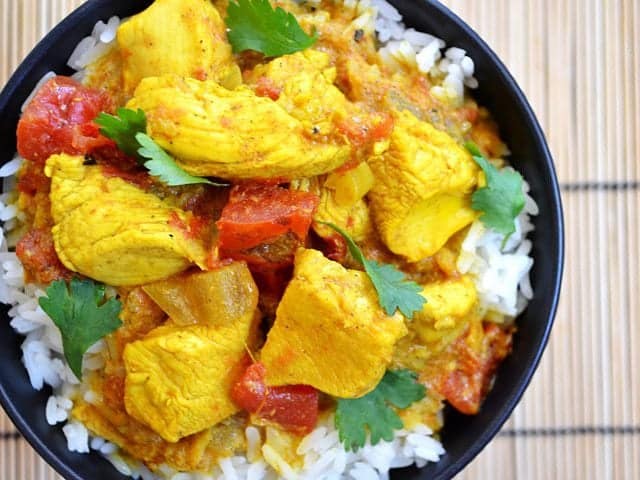 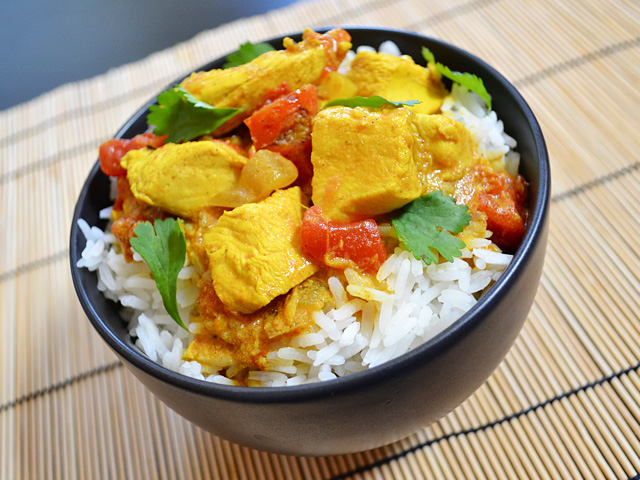 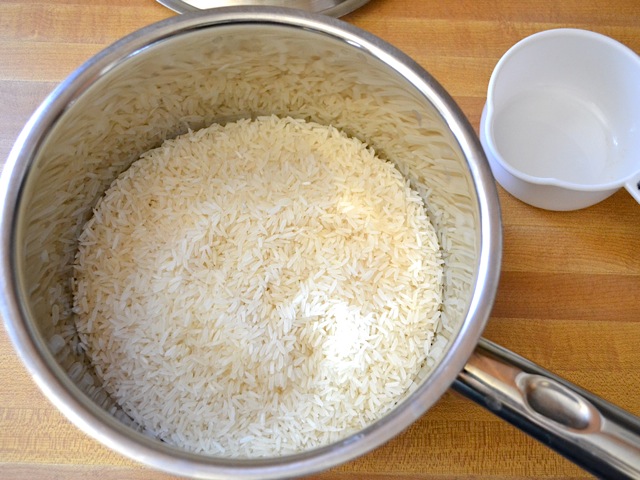 Star the rice first and it will be done by the time the chicken is cooked. Combine 2 cups of rice with 3 cups of water. Place a lid on top and bring to a rolling boil over high heat. As soon as it reaches a full boil, turn the heat down to the lowest setting and let simmer for 30 minutes. Turn the heat off after 30 minutes and let it sit undisturbed until you’re ready to serve. 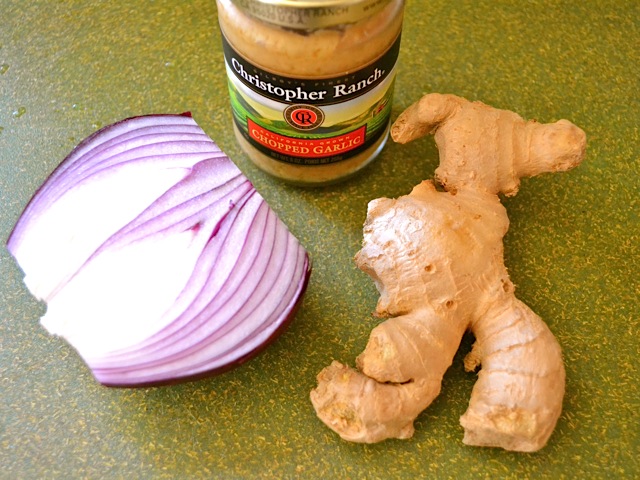 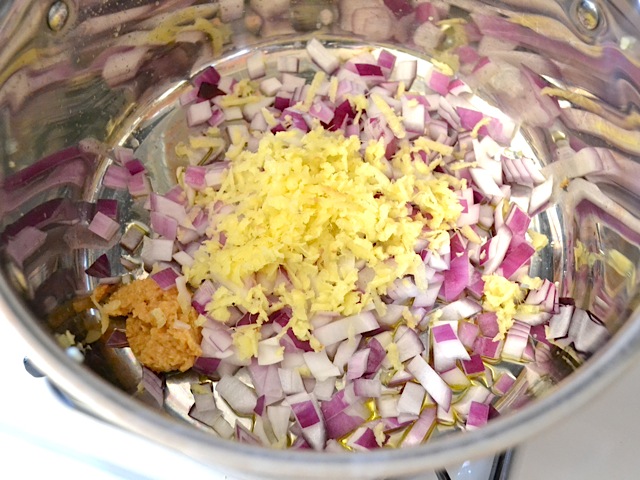 Saute the onion, garlic, and ginger in a large pot over medium heat with olive oil. 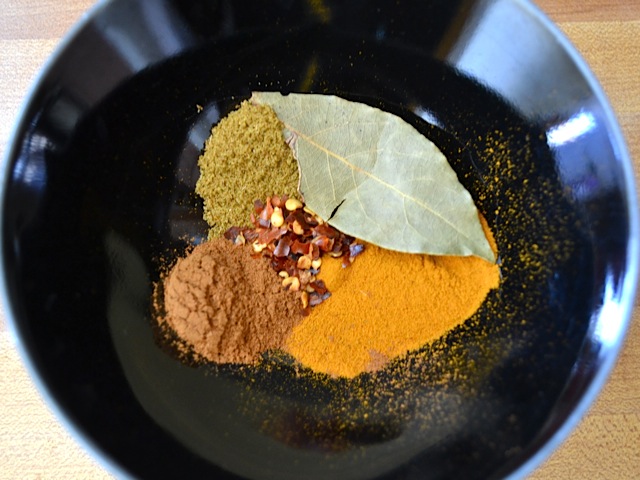 This is the mix of spices that I used: bay leaf, turmeric, cinnamon, cumin, and red pepper flakes. Super aromatic and delicious. 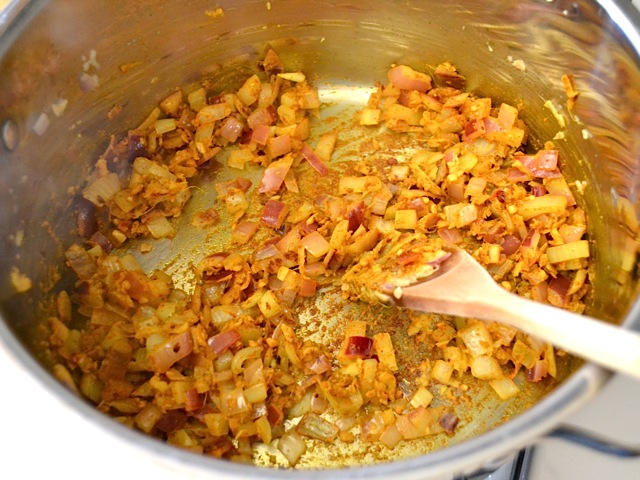 Add all of the spices except the bay leaf and saute for about 2 minutes. 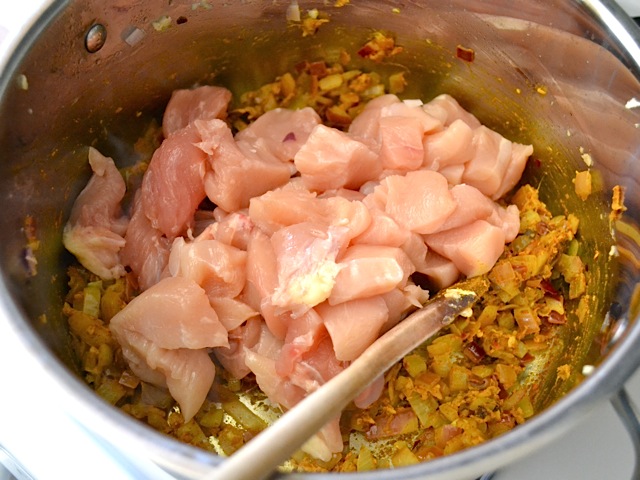 Cut the chicken into bite sized cubes and add it to the pot. You can use either chicken breast or chicken thighs. 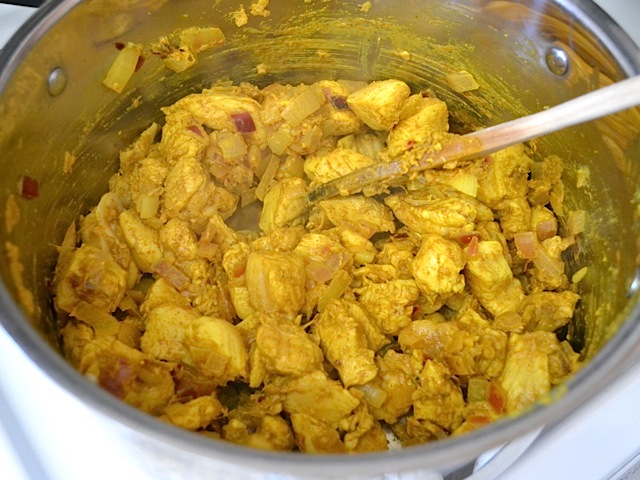 Saute until the chicken is cooked through (about 7-10 minutes). 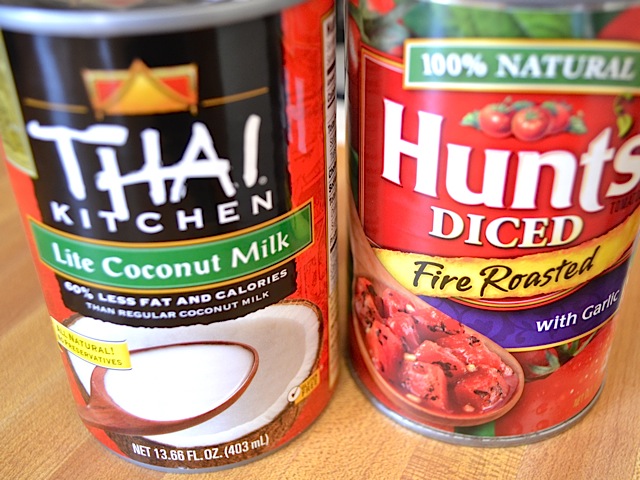 Now it’s time to add some liquid and let it simmer. I always forget the coconut milk curdles like cow’s milk so I made the mistake of adding them both at once. 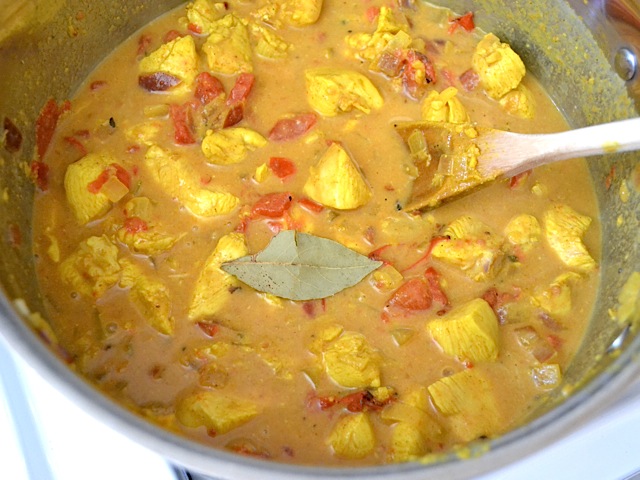 I would suggest only adding the tomatoes at this point and waiting to add the coconut milk at the end. I added both – oops. So, add the tomatoes and bay leaf, place a lid on top, turn the heat down to medium-low and let simmer for about 30 minutes. 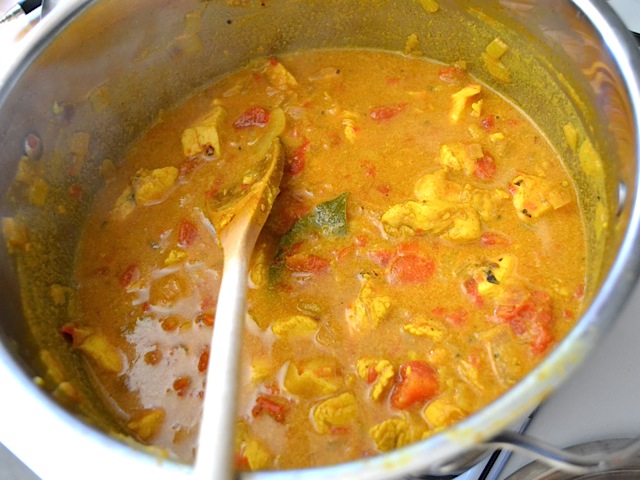 After it’s simmered a while, turn the heat off and then stir in the coconut milk. Because mine had been simmering in an acidic solution, it had curdled. It doesn’t taste bad, it just has an undesirable appearance. Finally, season with salt and pepper to taste. 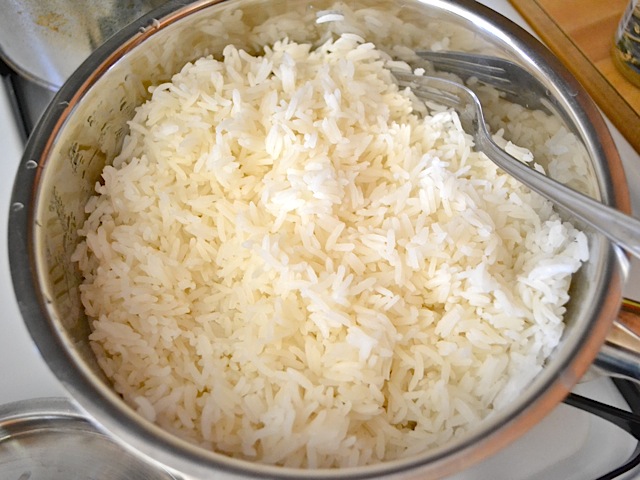 Fluff the rice just before serving. 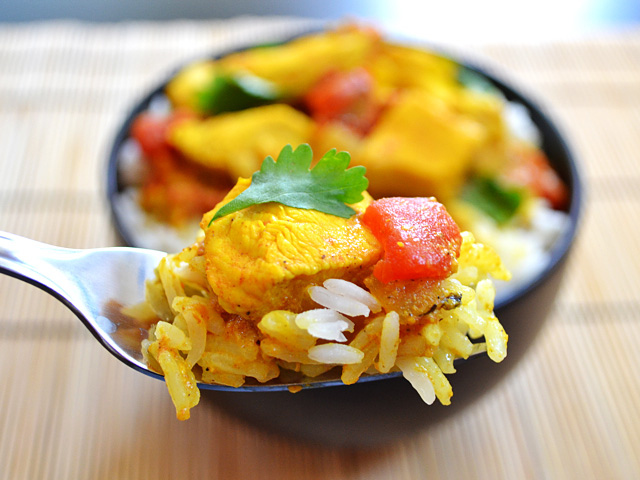 Spoon the chicken along with a good amount of sauce over the rice. Top with fresh cilantro if desired.

Guaranteed to make your house smell good or your money back!