I’m in love with this Slow Cooker Italian Chicken and Peppers. I’m just going to lay it out there. It’s every bit as easy, delicious, and versatile as those Slow Cooker Taco Chicken Bowls that everyone loves so much, but with a marinara base and Italian herbs and spices. 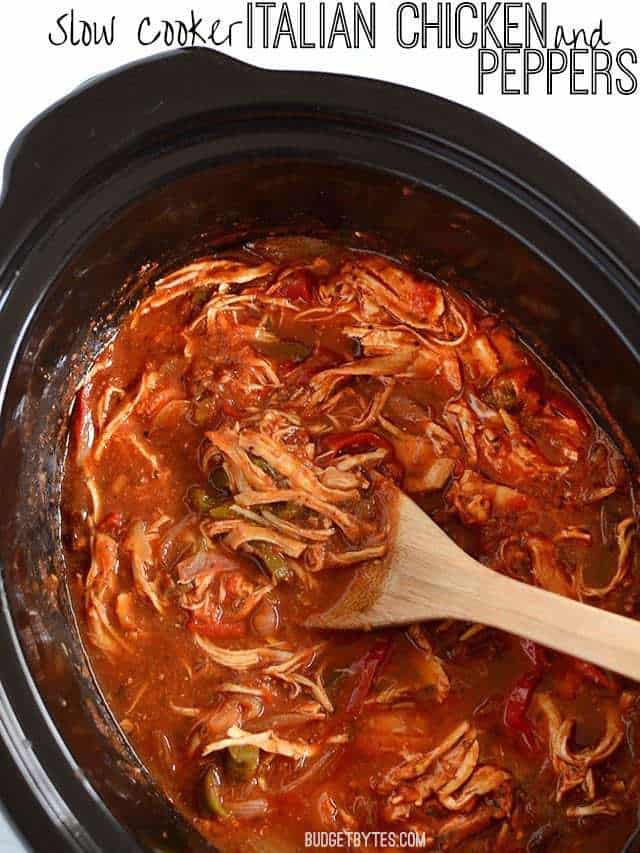 How to Serve Italian Chicken and Peppers

I ate this saucy shredded Italian chicken and peppers spooned over my Garlic Parmesan Polenta, but you could totally spoon this over a bowl of pasta or rice. BUT my favorite way to eat this saucy mix is to spoon it into rolls or a loaf of Italian bread, top it with some mozzarella, and make yourself the most amazing slow cooked sandwich ever. EVER.

What Size Slow Cooker Do I Need?

Keep it On Budget 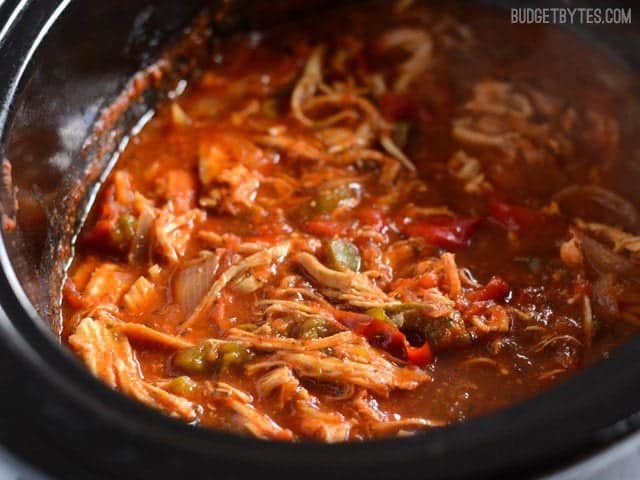 4.27 from 42 votes
Slow Cooker Italian Chicken and Peppers is an easy dish that can be used multiple ways. Cook up a batch and use it throughout the week!
Author: Beth - Budget Bytes 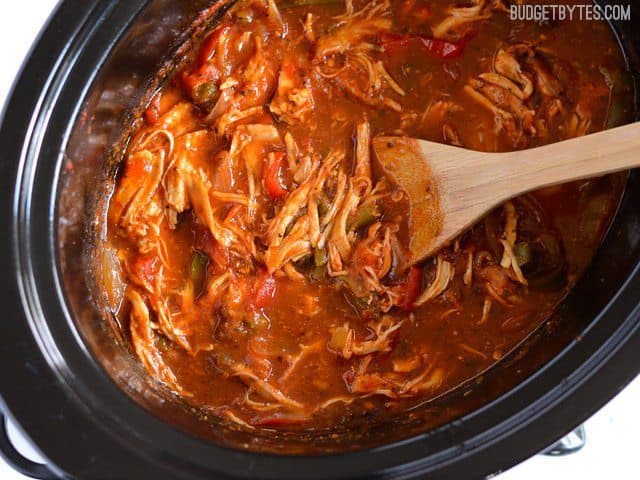 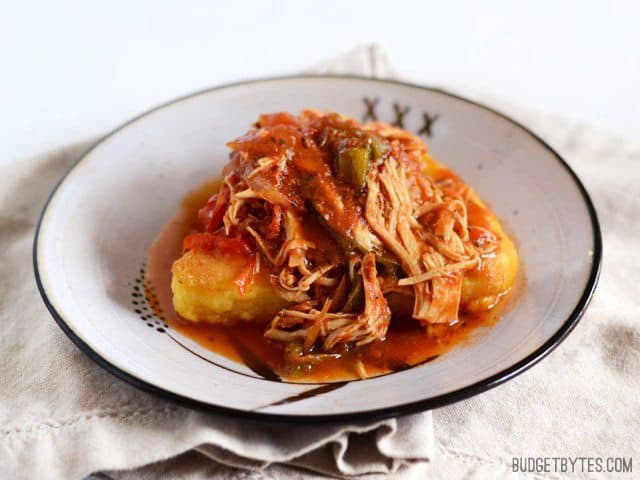 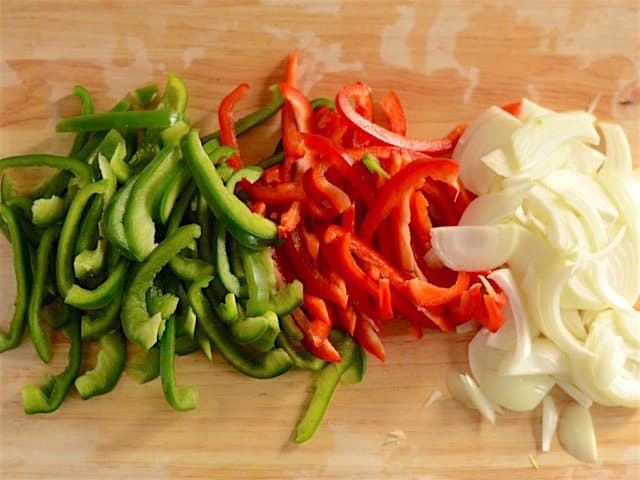 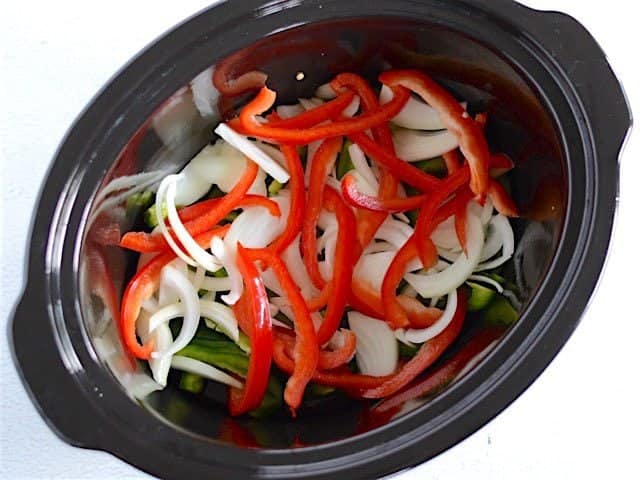 Lay about half of the onions and peppers in the bottom of a 4-quart or larger slow cooker. 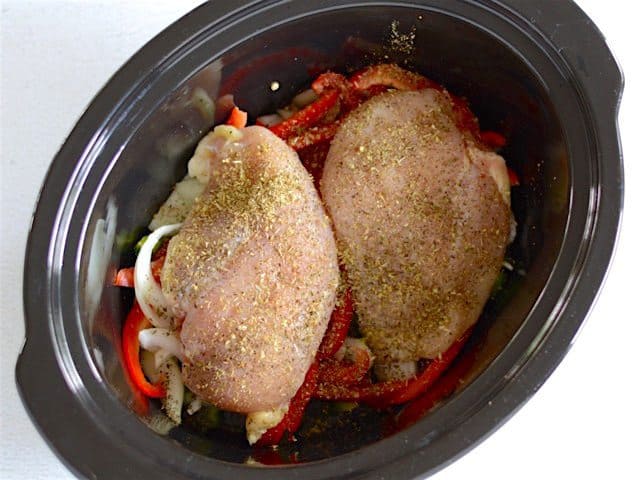 Lay two boneless, skinless chicken breasts or thighs (or 1.5 pounds total) over the peppers and onions. Season lightly with salt and pepper, then sprinkle 1 tsp of basil and 1 tsp of oregano over top. 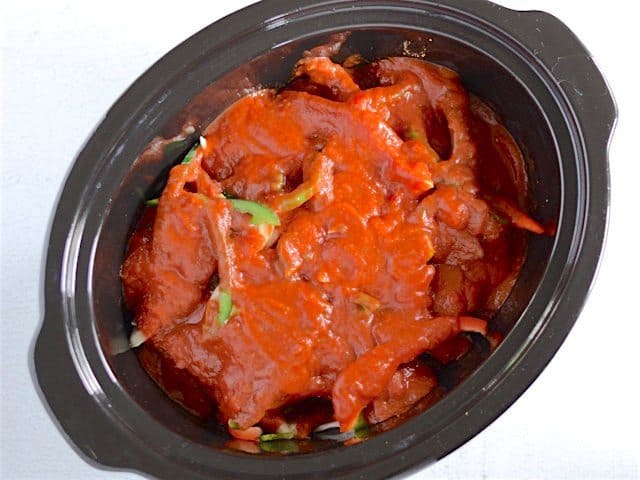 Add the second half of the peppers and onions, then pour an entire 24oz. jar of marinara sauce over top. 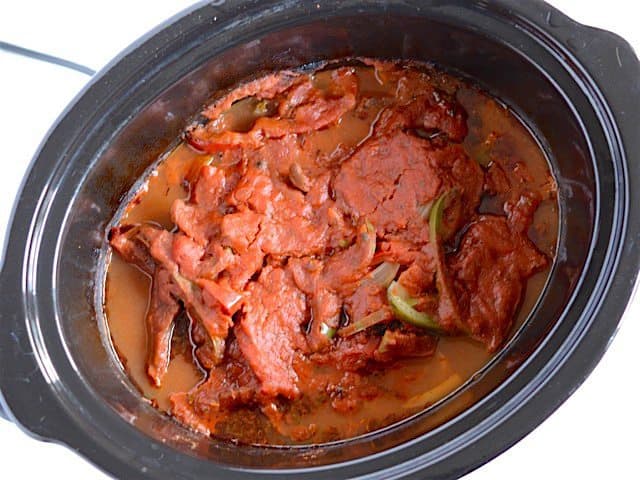 Put the lid on the slow cooker and cook on high for four hours or low for eight hours. Then it will look a little something like the photo above… not too appetizing, I know. Just wait. 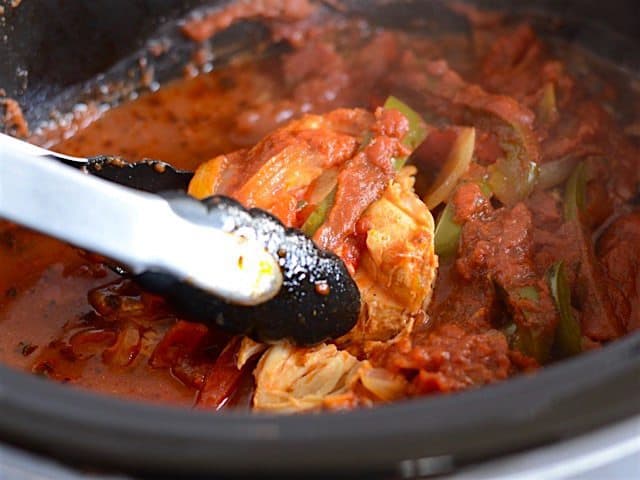 Take a pair of tongs and begin to stir the mixture and shred the chicken. The chicken should be so tender that it falls apart when pinched with the tongs, so I just stirred and pinched… 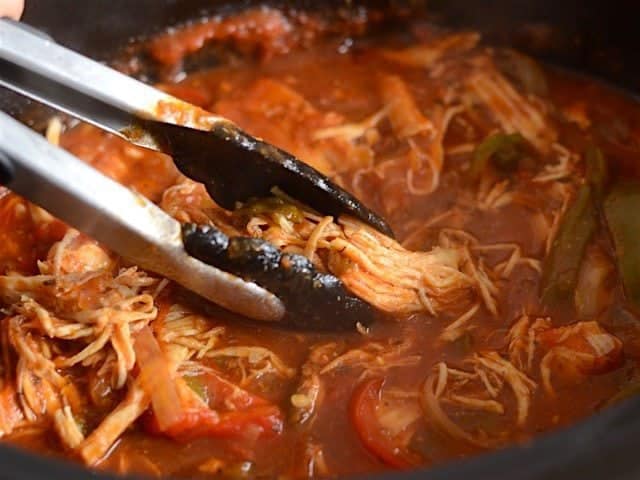 And stirred and pinched… 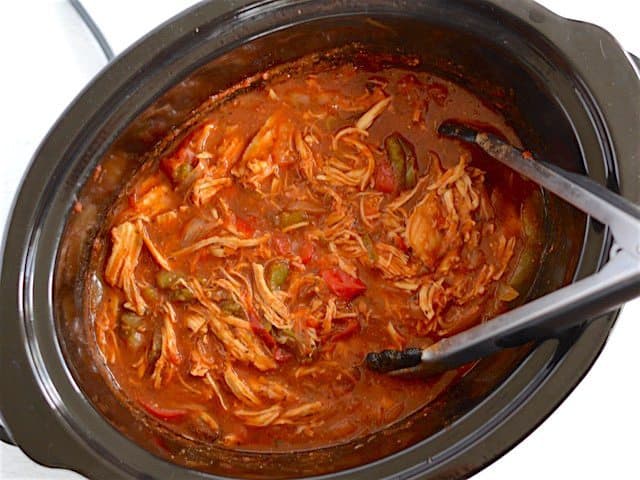 Until it looked like this, which only took a few minutes. YUM. Now it’s done! That’s it! Seriously. 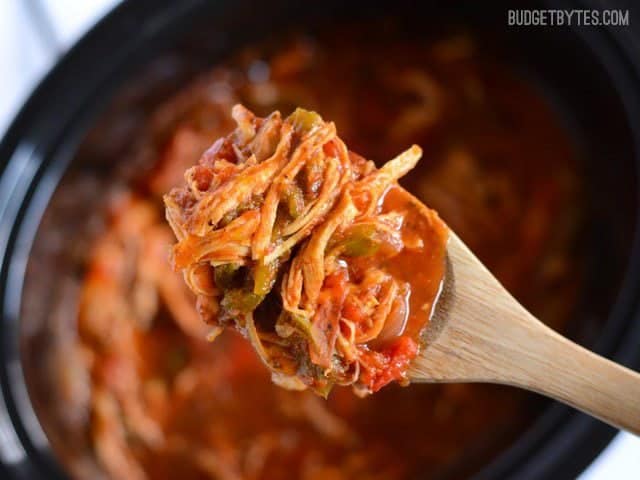 Beautifully shredded chicken mixed with sweet strips of peppers and onions, all in a delicious red sauce. What will you do with it? 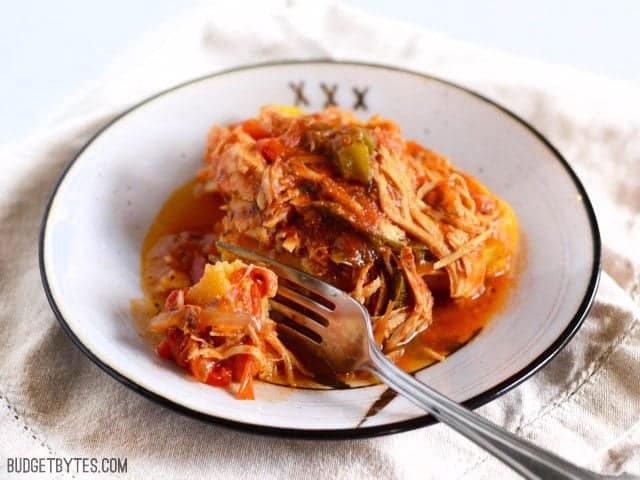 I ate mine over fried cakes of Garlic Parmesan Polenta, but I would also love to stuff it into a roll with some mozzarella. 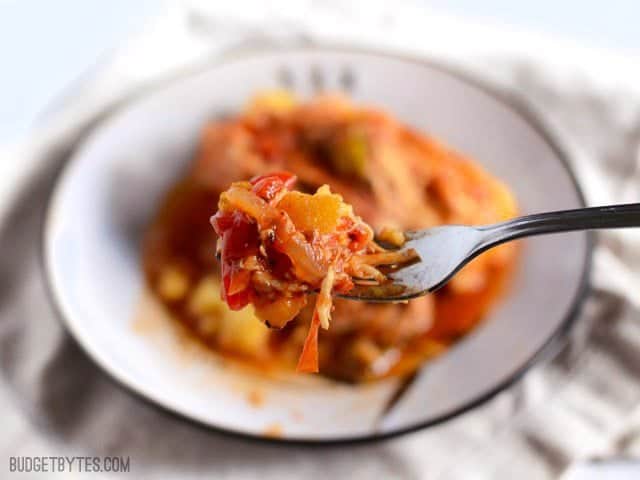 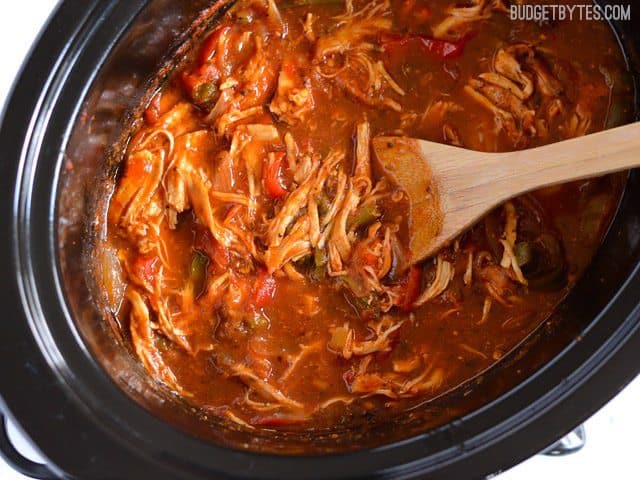