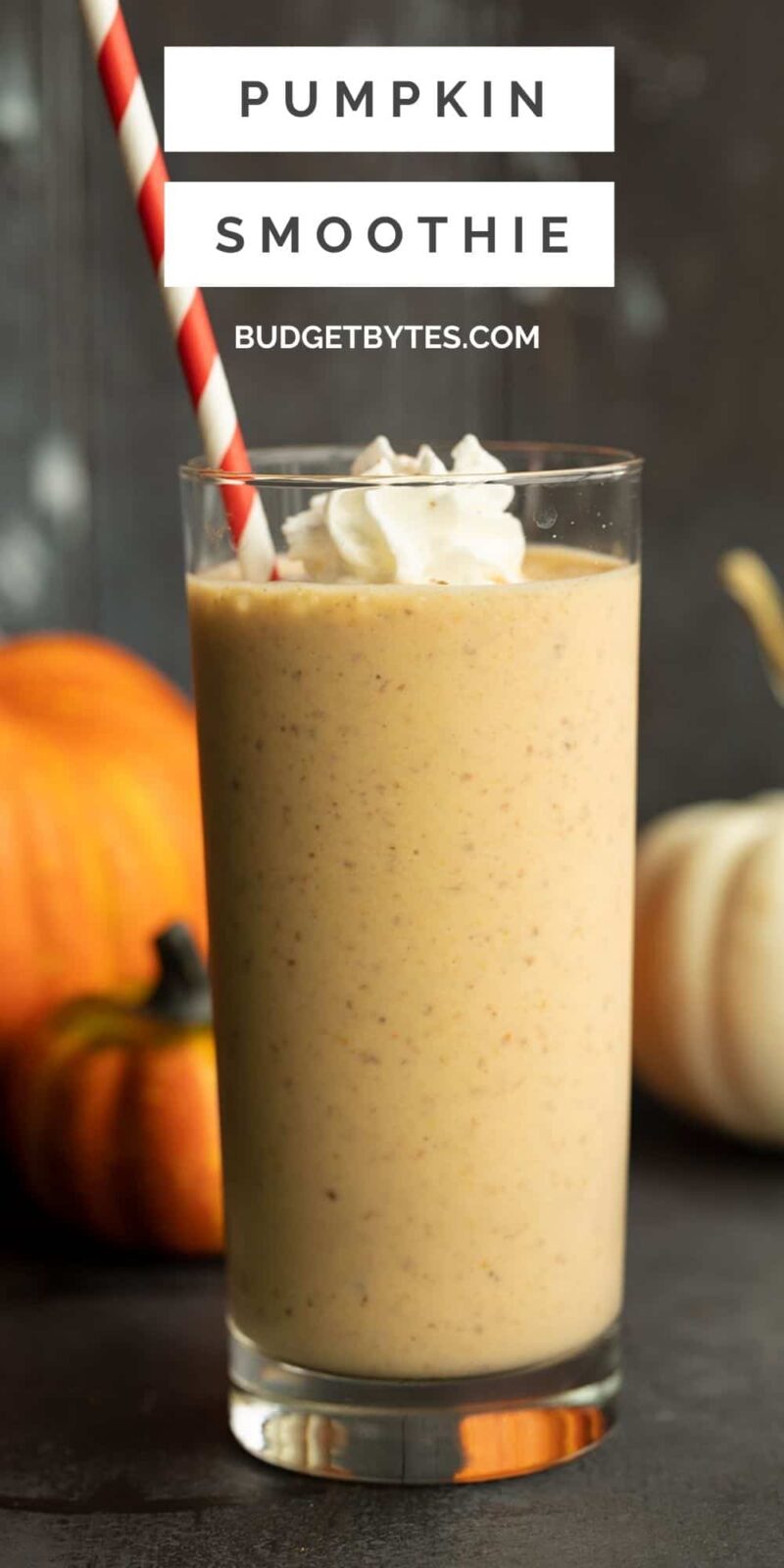 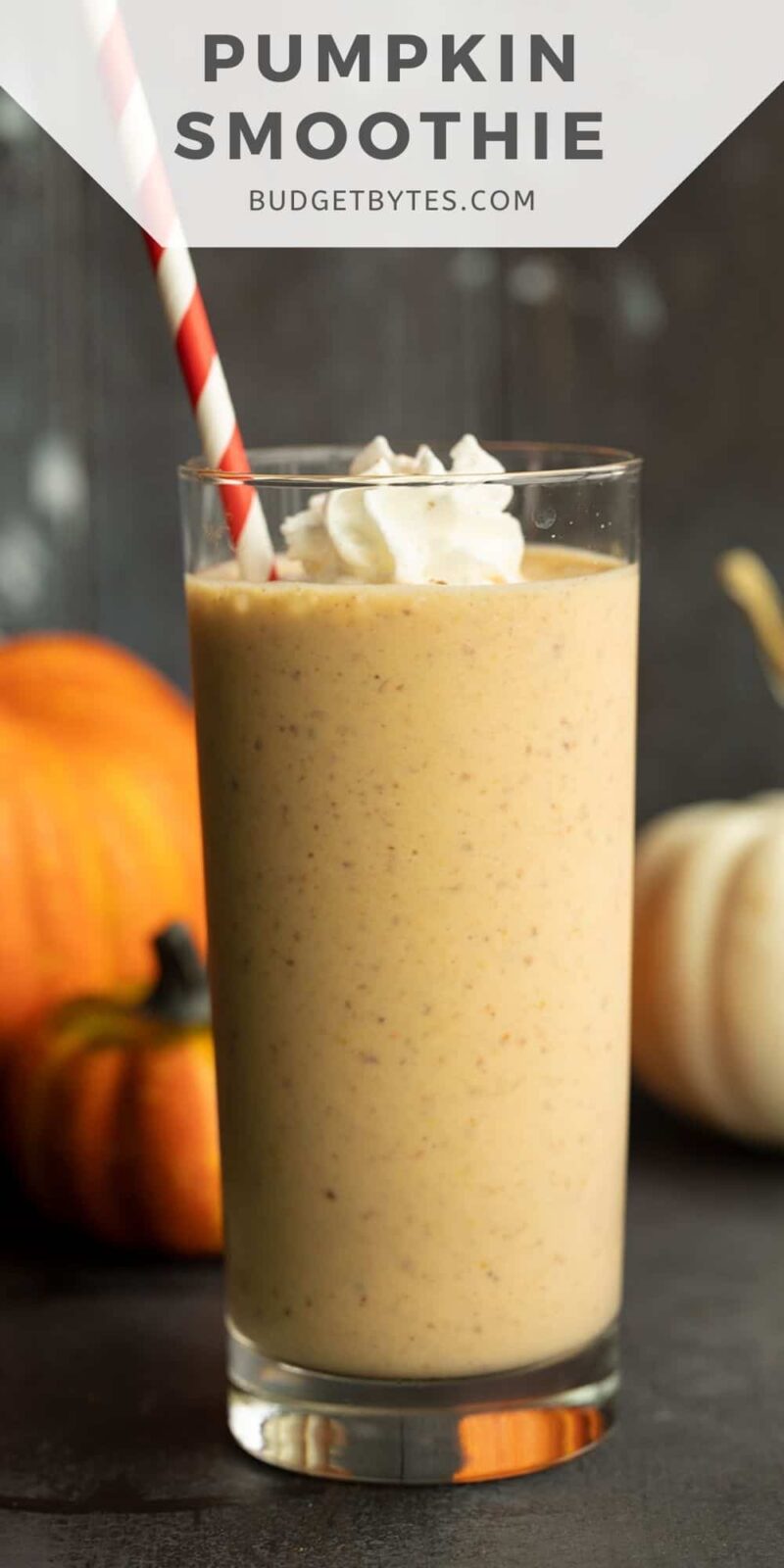 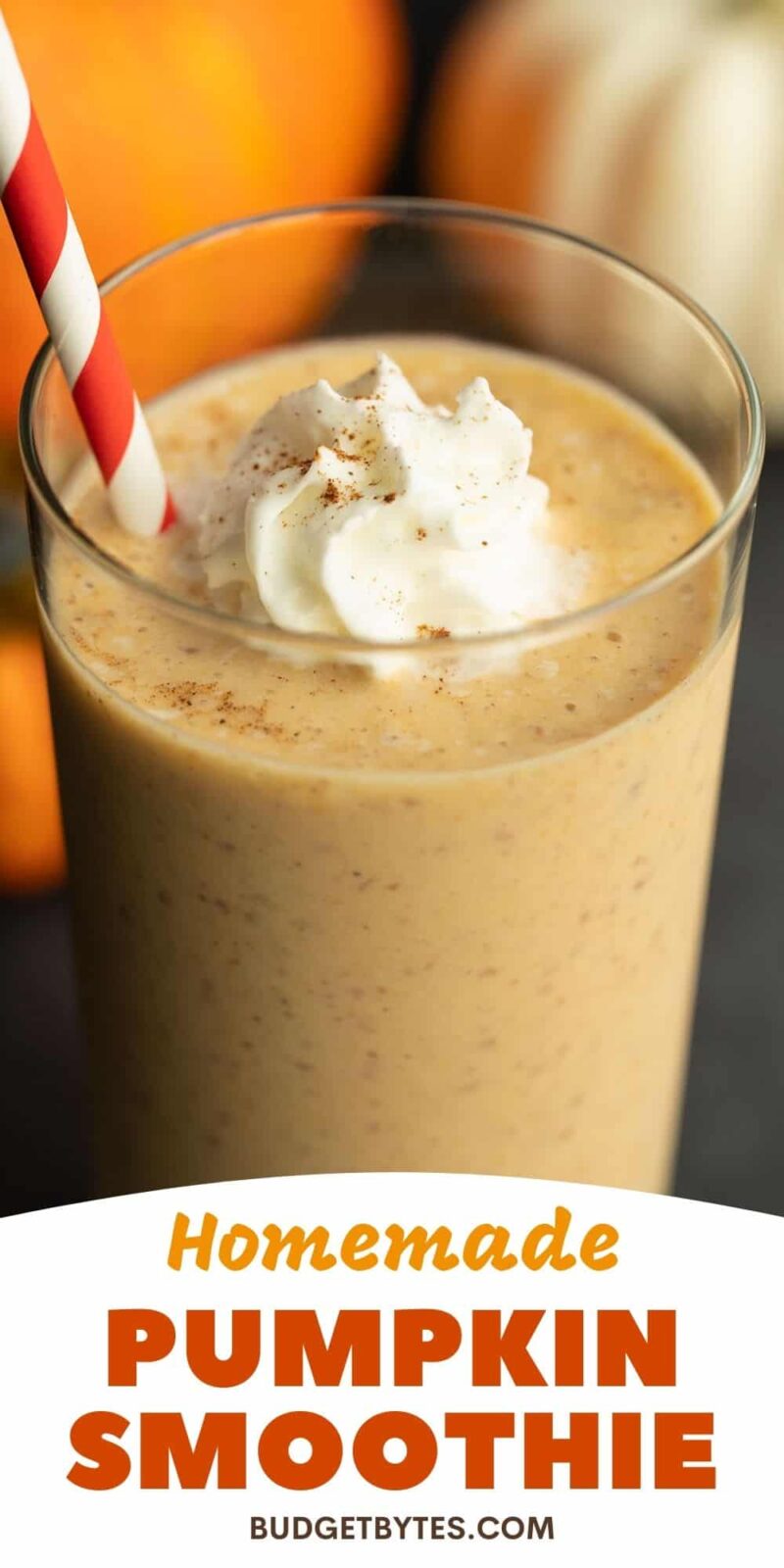 This pumpkin smoothie was one of my first experiments with pumpkin purée TEN years ago. I had a little bit of pumpkin leftover from another recipe and thought, “Hey, can I put this in my smoothie?” Yes, Beth, yes you can. And it will taste like a pumpkin pie milkshake. Forget the PSL, this is the pumpkin drink I want to be drinking. Especially if you live in the south and it’s still 80 degrees outside in October. :P 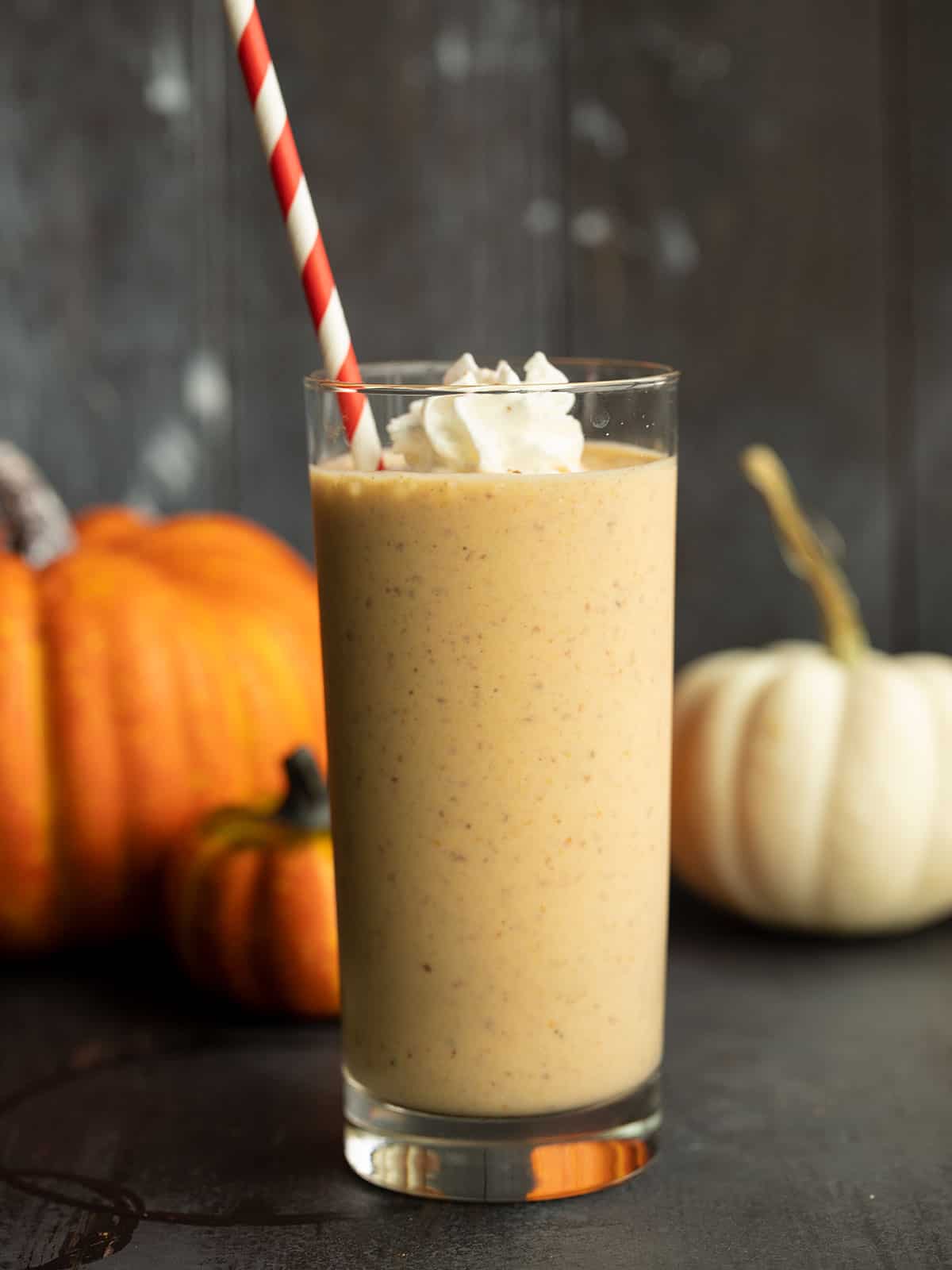 What’s in A Pumpkin Smoothie?

Use the Milk of Your Choice

I used whole milk because it is the richest and creamiest, but you can use any non-dairy milk substitute in its place. If your non-dairy milk is already sweetened or vanilla flavored, you can reduce the added sweetener and or skip the vanilla extract listed in the recipe below.

The best part about making your own smoothie is that you can add as much or as little sugar as you want, and use whatever kind of sugar or sugar substitute that you like. I used brown sugar because it has a rich flavor that makes the smoothie even more pie-like, but you can use honey, white sugar, agave, stevia, or whatever you like. The frozen banana does offer some sweetness on its own, but I found the little extra sweetness really made a difference. 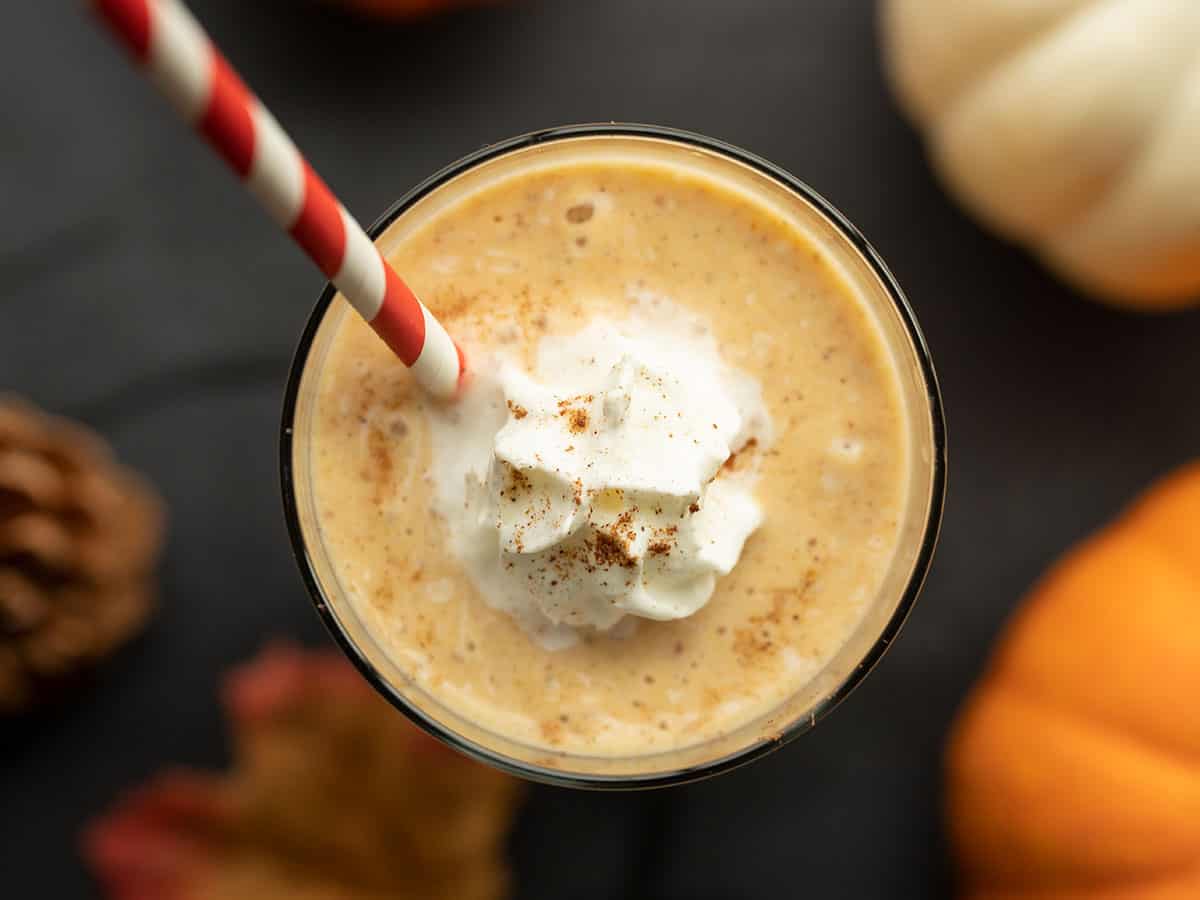 4.93 from 13 votes
Forget the PSL, this pumpkin smoothie should be the official drink of October. It's fast, easy, and tastes like a pumpkin pie milkshake!
Author: Beth - Budget Bytes 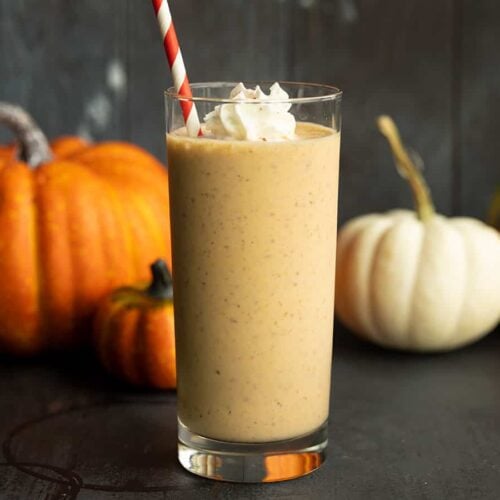 *You can use the milk and sweetener of your choice. 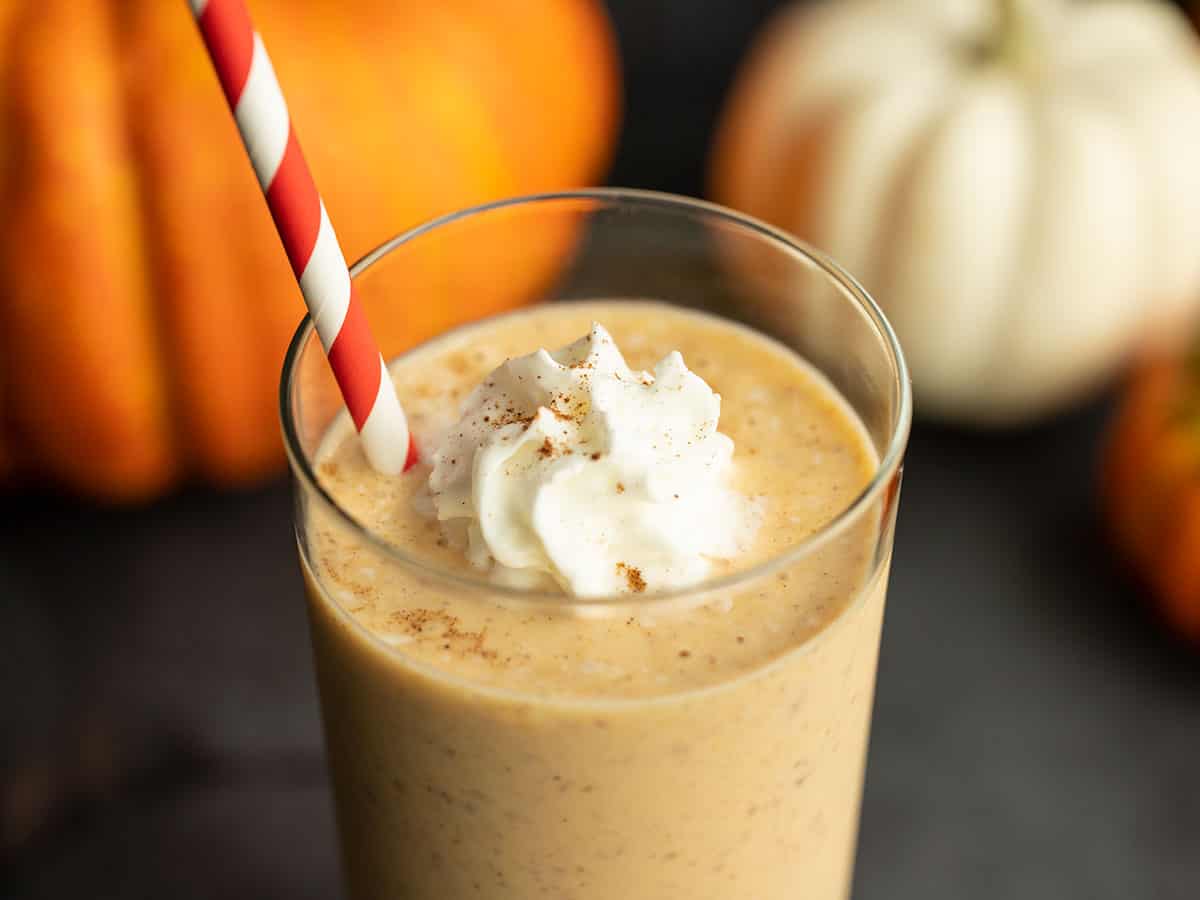 How to Make a Pumpkin Smoothie – Step By Step Photos 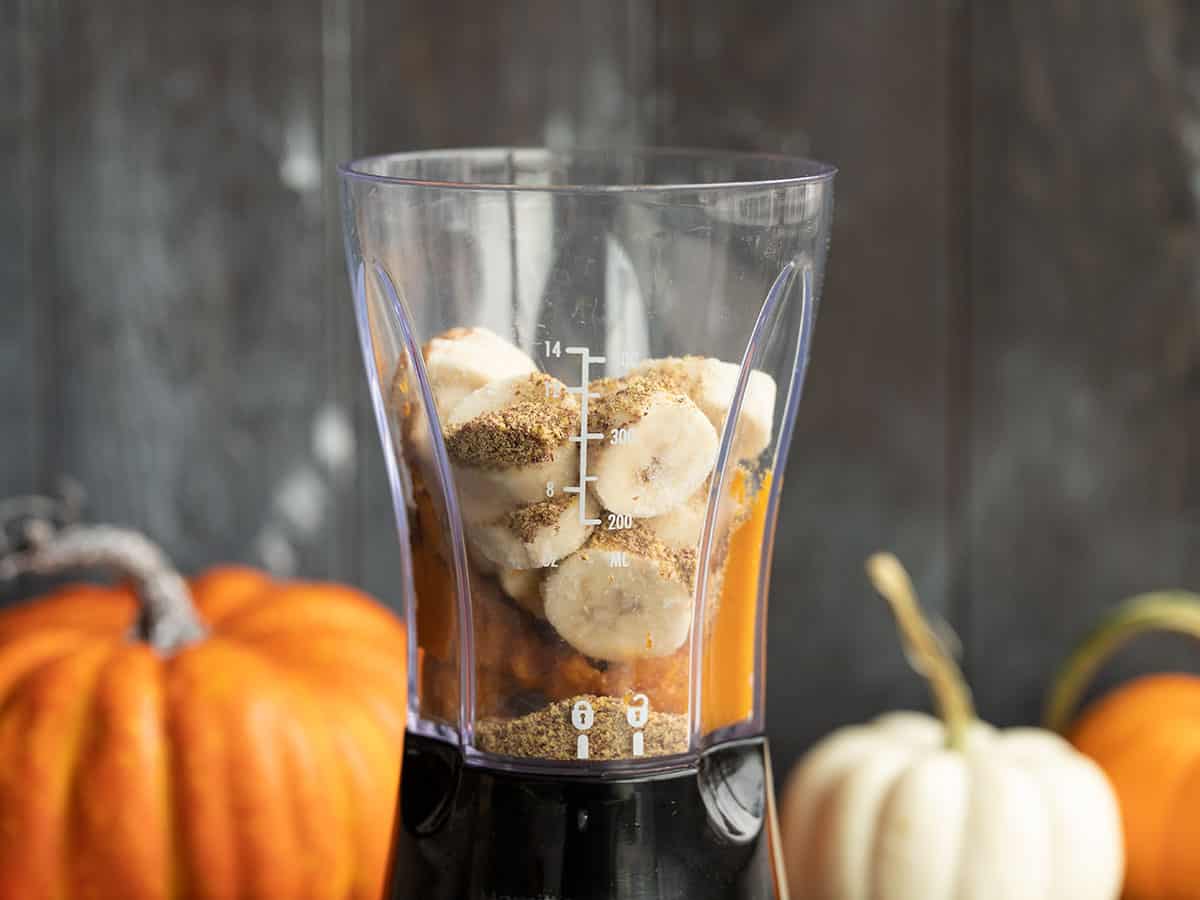 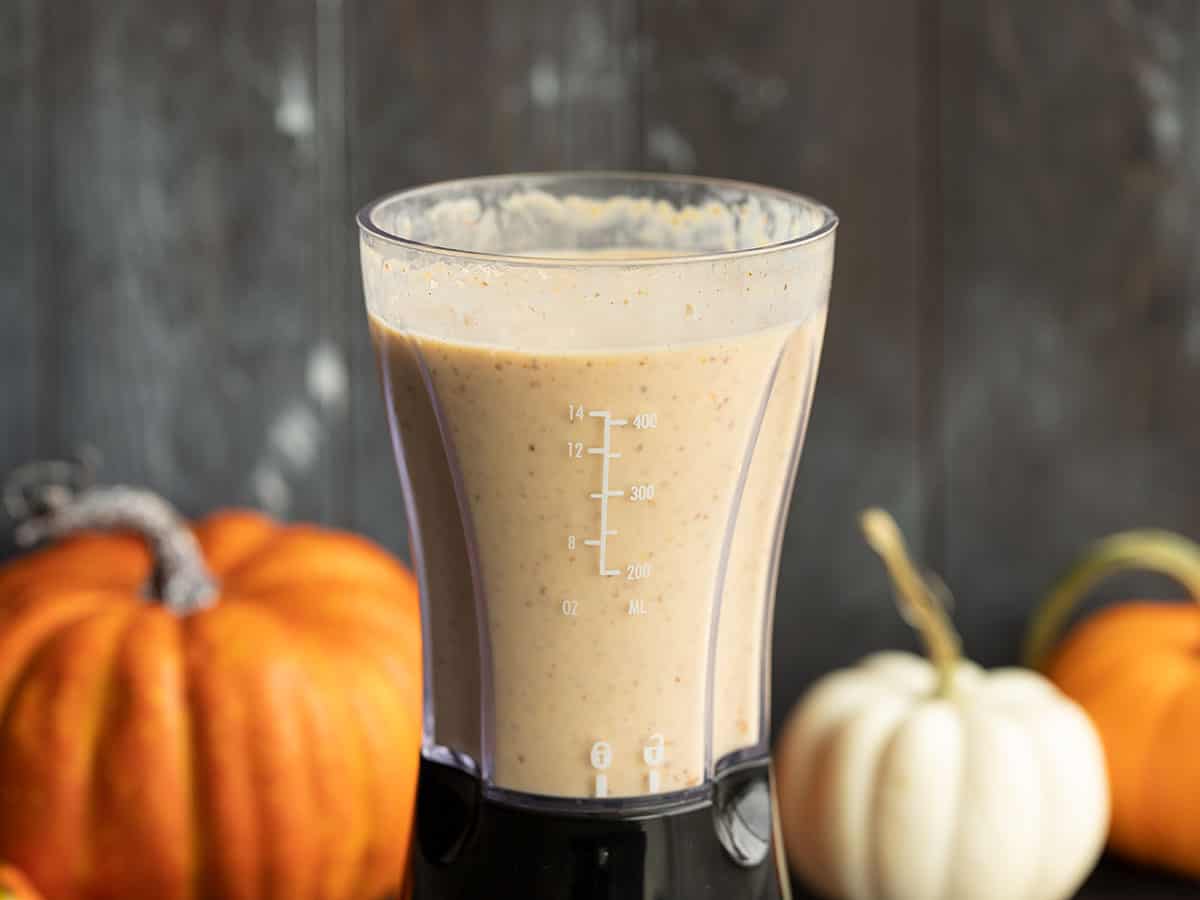 Blend until smooth, then give the smoothie a taste and add the sweetener of your choice to your liking. I added one teaspoon brown sugar. 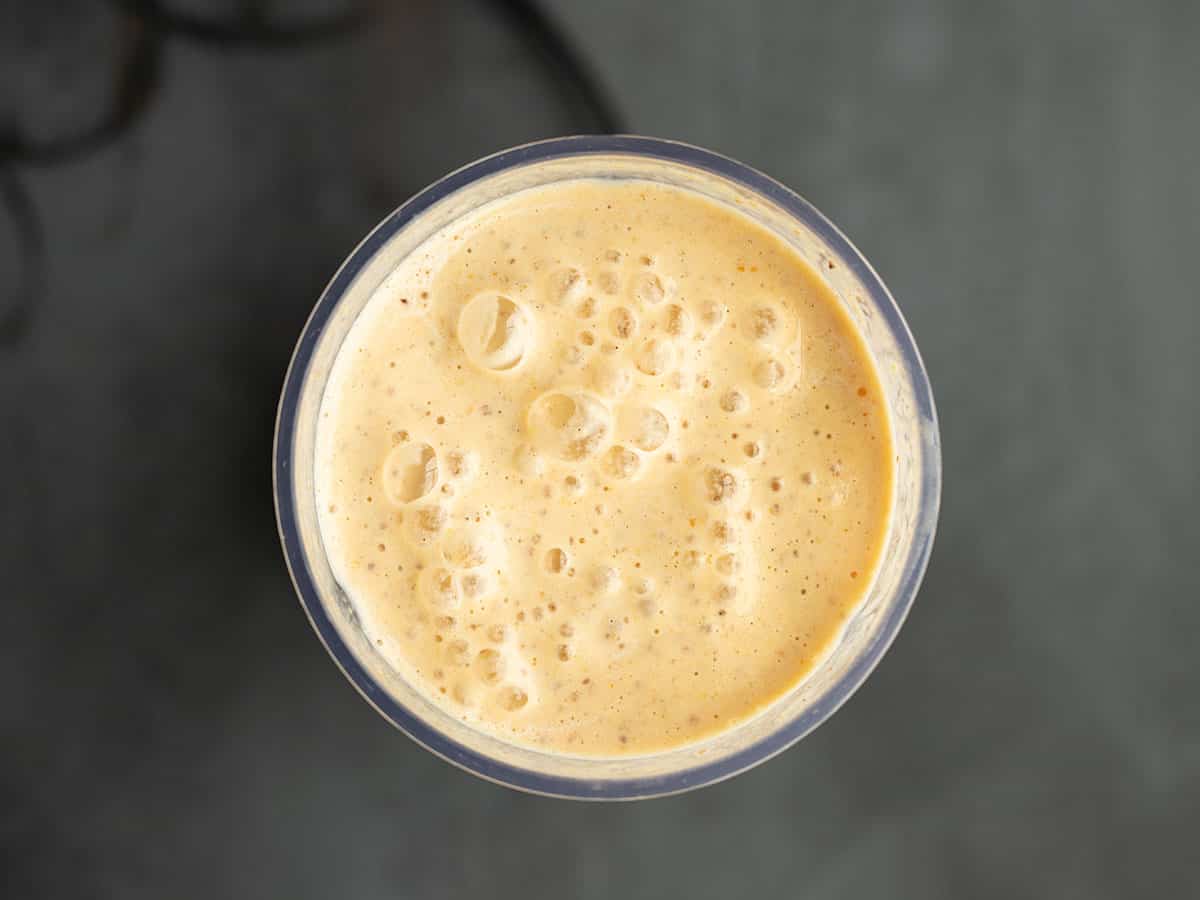 Briefly blend again to dissolve the sweetener into the drink, then enjoy! 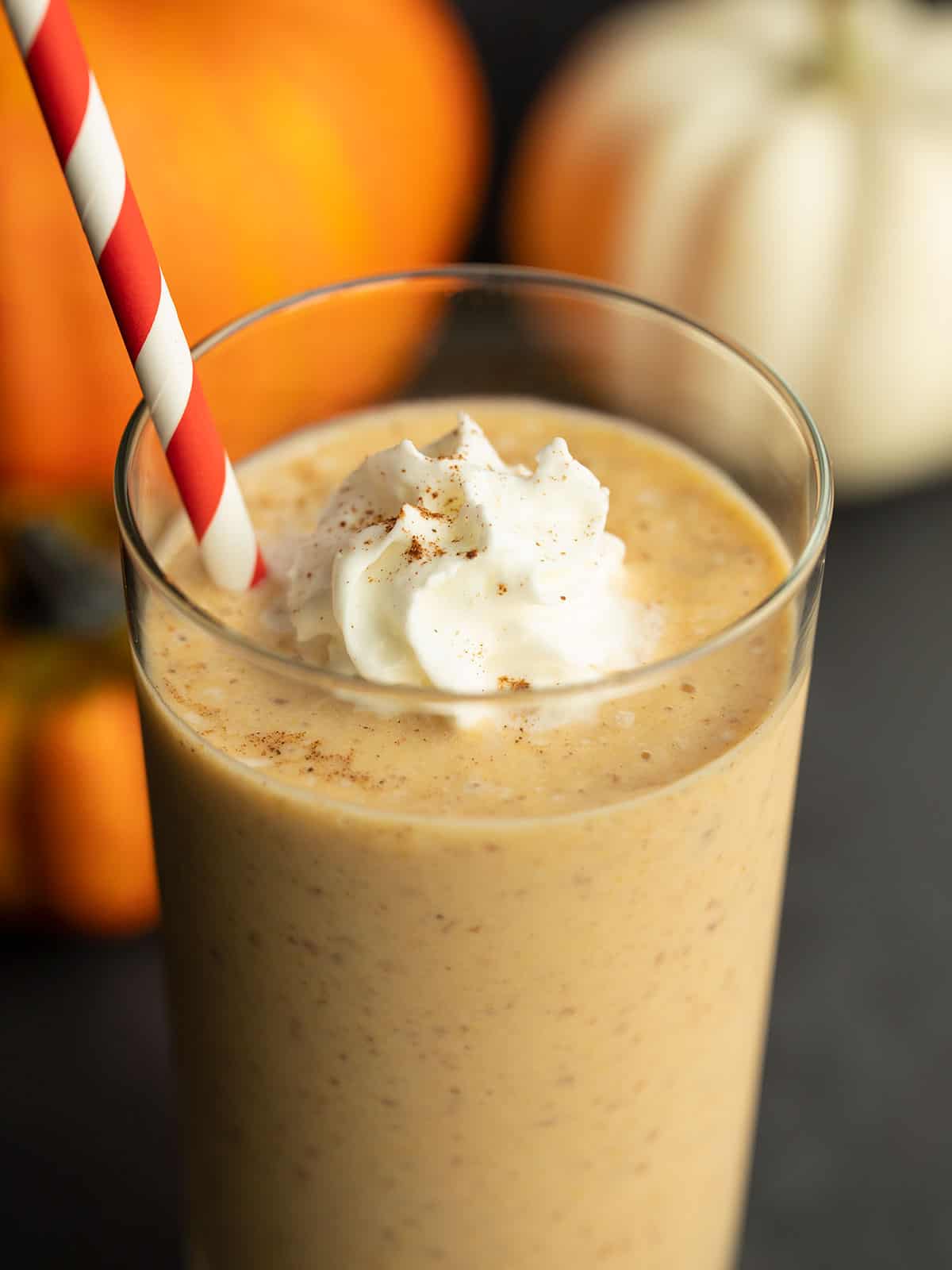 TRY THESE OTHER SMOOTHIE RECIPES: