I’ve avoided cauliflower for a while because it’s been really expensive. Apparently we went through a shortage at the exact same time that cauliflower rice, cauliflower pizza crust, and cauliflower “alfredo” sauces hit their peak popularity, and we fell in to an all-out cauliflower crisis. I remember hearing a story about it on the radio which cited heads of cauliflower selling for over $7 in some areas! What. Anyway, prices have come down a bit,  I’ve discovered this pre-shredded or “riced” cauliflower at Trader Joes, and I’m having a lot of fun experimenting with it. This week I made this amazingly fresh and vibrant Thai-inspired Peanut Lime Cauliflower Salad and I can NOT stop eating it! 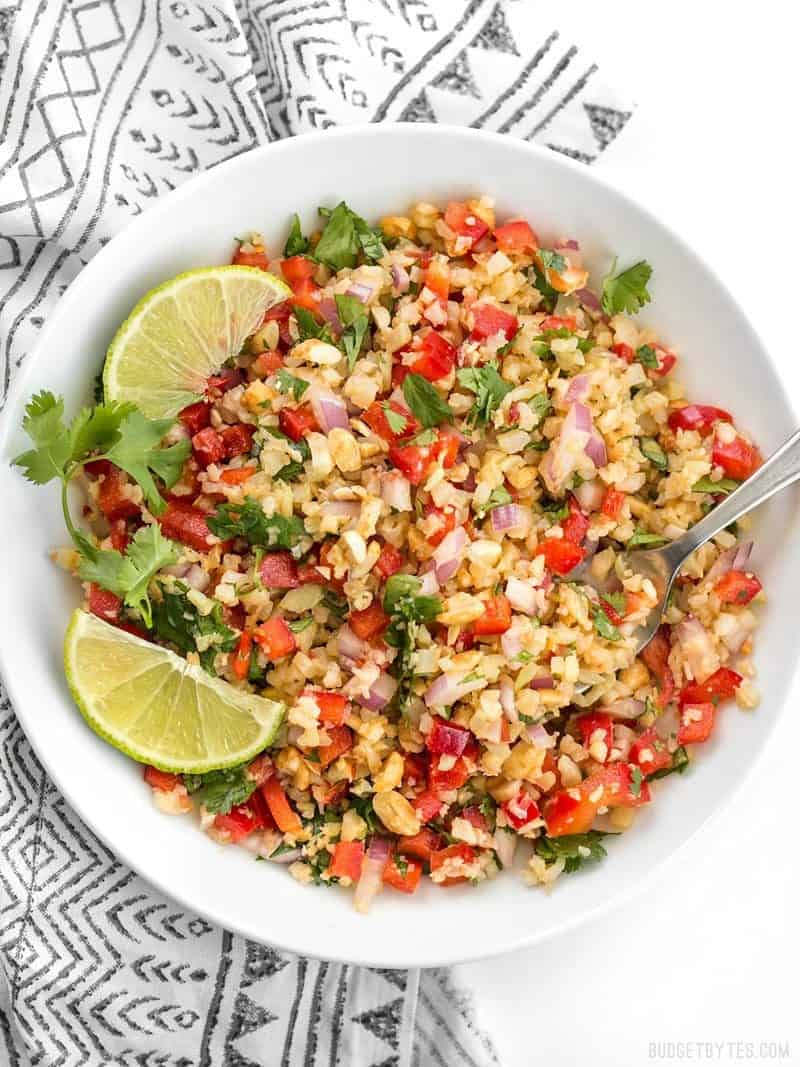 Make Your Own Cauliflower Rice or Use Store Bought

So this riced cauliflower is totally a convenience product, but I’m okay with that because personally it’s worth the small increase in price to not have to prep the cauliflower myself. If that’s not the case for you or if you can get a head of cauliflower for much less than I paid for the bag of riced cauliflower, here is a great tutorial from The Kitchn on making cauliflower rice (food processor or box grater). It’s not hard, but I don’t mind pay just a bit extra to have it already done for me. :P Also, I cooked my cauliflower rice because I prefer the flavor of cooked cauliflower over raw, but if you are a raw cauliflower fan you can totally just make this salad with raw “riced” cauliflower.

I modeled this salad after my Nam Sod recipe, but decided to keep this one vegan since it was only one ingredient away from being vegan anyway. That one ingredient is fish sauce. I absolutely love the recipe as written below, but if you’re an omnivore and want to experiment,  try adding a little fish sauce (maybe 1/2-1 tsp?) to the dressing. 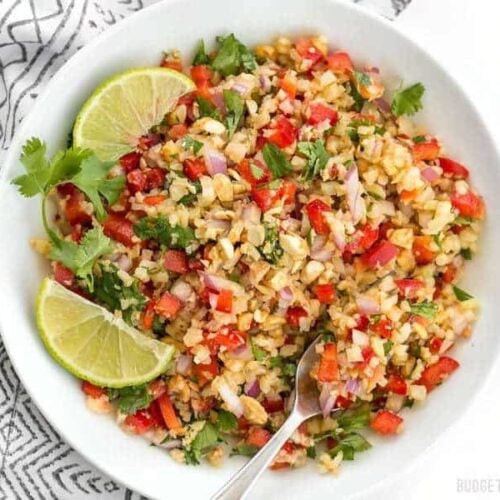 *You can use raw, dry roasted, salted, or unsalted peanuts. 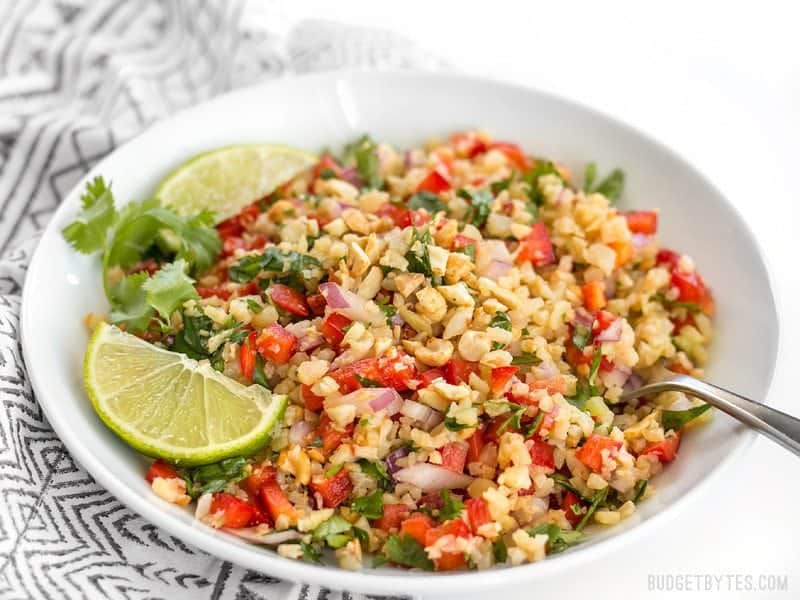 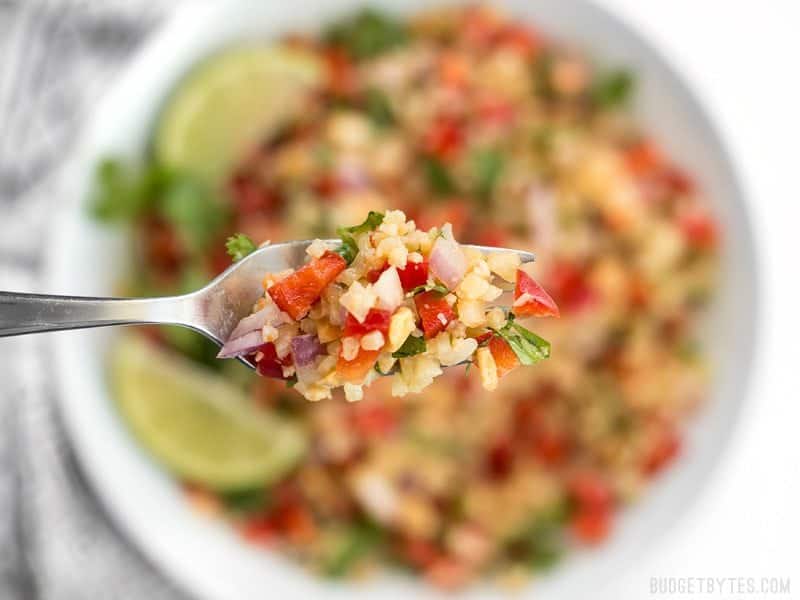 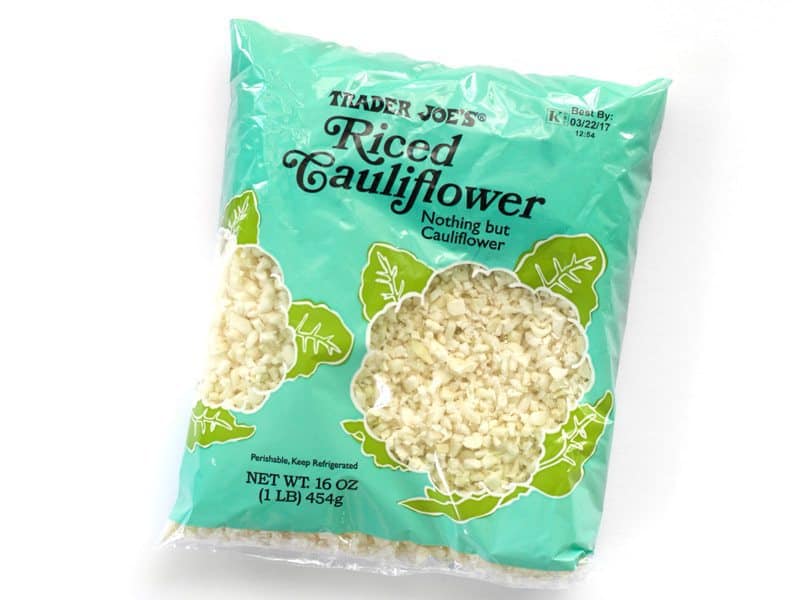 This recipe begins with “riced” cauliflower, which is just cauliflower that has been broken up into little pieces. This 1 lb. bag is just over three cups. I think some stores also sell this frozen, which would work just as well. You can use this cauliflower raw or cooked for this salad, whichever you prefer. 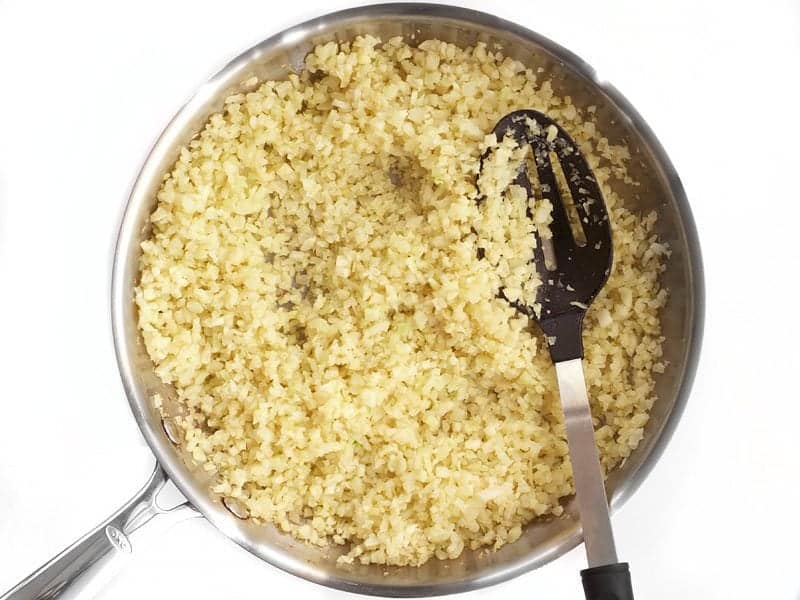 I prefer the flavor of cooked cauliflower to raw, so I used sautéed cauliflower in my salad. Heat a large skillet over medium heat and add 1 Tbsp of a neutral cooking oil (I used coconut because even though it has a strong flavor, the flavor goes well with the ingredients in this dish). Add the cauliflower and a pinch of salt, and sauté for about 5 minutes or until it has reached your desired level of tenderness. Transfer the cauliflower to a bowl to let it cool as you prepare the other ingredients. I suggest placing it in the refrigerator to cool faster. 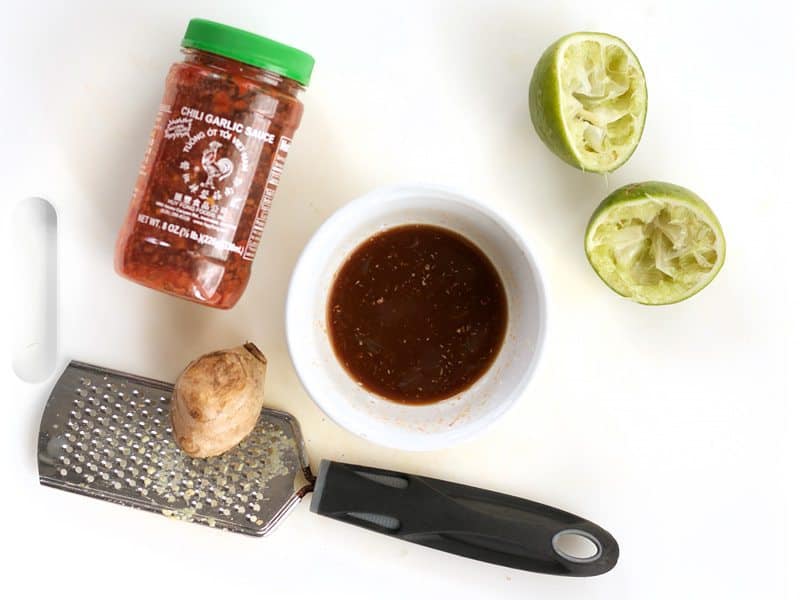 The dressing for this salad is incredibly simple. Squeeze 2 Tbsp of fresh lime juice from a lime and combine it with about 1 tsp freshly grated ginger, 1/2 Tbsp soy sauce, and 1/2 Tbsp chili garlic sauce (you can use sriracha if you have that instead). 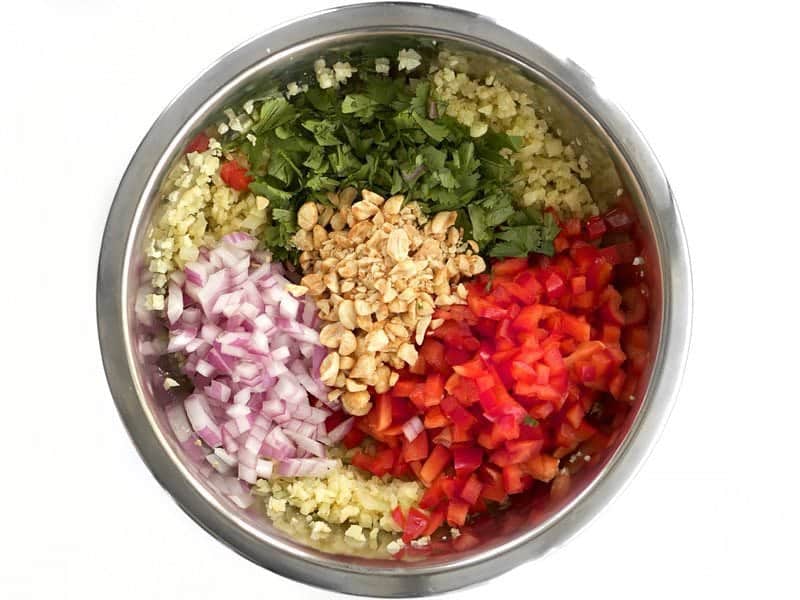 Finely dice 1 red bell pepper and 1/4 red onion. Pull about one cup of leaves from the stems of cilantro and give them a rough chop (about 1/2 bunch). Roughly chop 1/2 cup peanuts. Add the bell pepper, onion, cilantro, and peanuts to the cooled cauliflower. 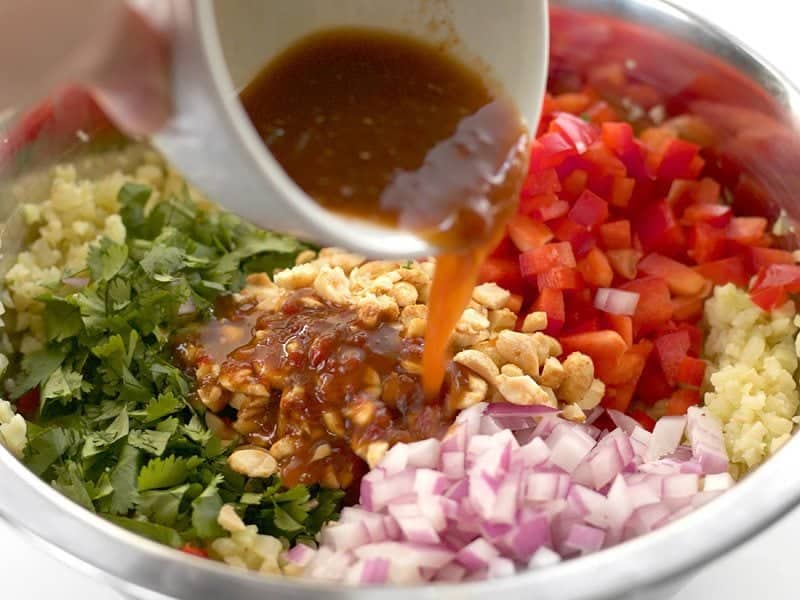 Pour the prepared lime dressing over the salad…

And then stir to combine! That’s it! This salad is so incredibly fresh and vibrant. I absolutely LOVE it. 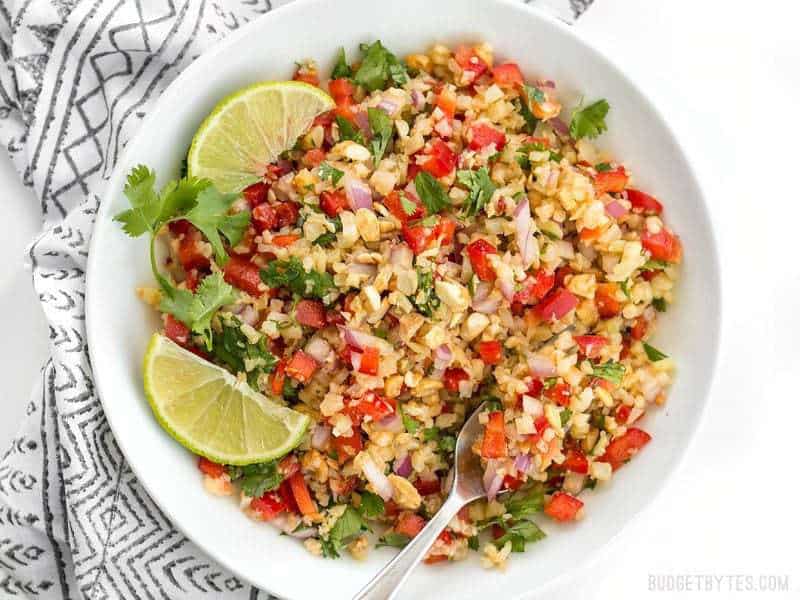 Shout out to Trader Joe’s for the awesome prices on red bell peppers and limes, too!