I’ve lived in southern Louisiana for nine years now so it’s about time I try to make some Red Beans and Rice from scratch. Honestly, until now, I’ve been content with buying the Bluerunner canned “Creole Cream Style Red Beans”, heating them up and tossing in some cooked sausage. But, I figure, at some point I need to learn to make them or else they’ll throw me out of Louisiana. So, I did some recipe research and finally came up with a plan. I based my recipe on the one found in The Joy of Cooking but with a few tweaks to meet my needs. The biggest debate was whether or not to buy a smoked ham hock. In the end, I didn’t get one because I wanted to simplify the ingredient list. Plus, they were sold in a pack of three and I didn’t know what I’d do with the other two. Instead, I sauteed the sausage first and used the grease from that to flavor the vegetables and broth. Truth be told, I will buy a smoked ham hock next time because I believe it will add A LOT to the final flavor profile. The beans were still amazing and I can’t wait to make it again and hone my red-bean making skills! (See notes below for directions for using a ham hock).

One more thing. This is definitely a Sunday afternoon recipe. It takes a few hours to cook but most of it is passive time so you can go do chores or something else and just check in with the beans once in a while. 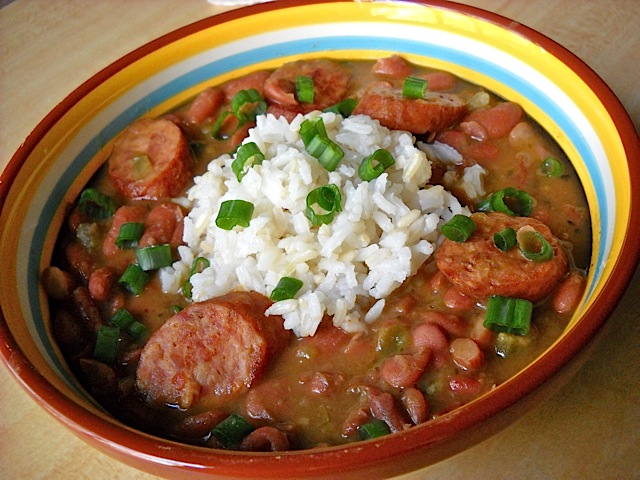 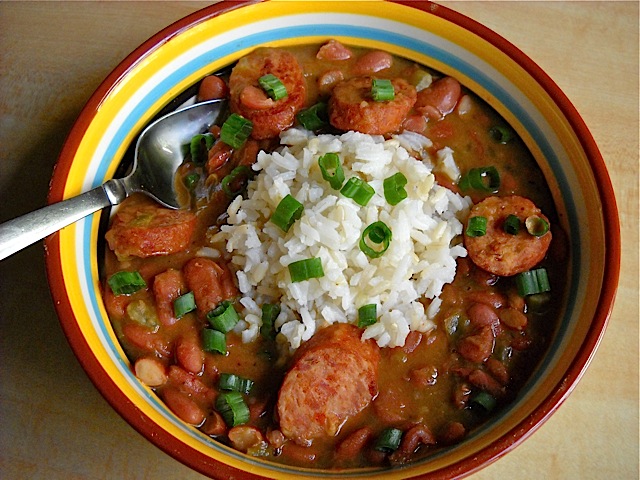 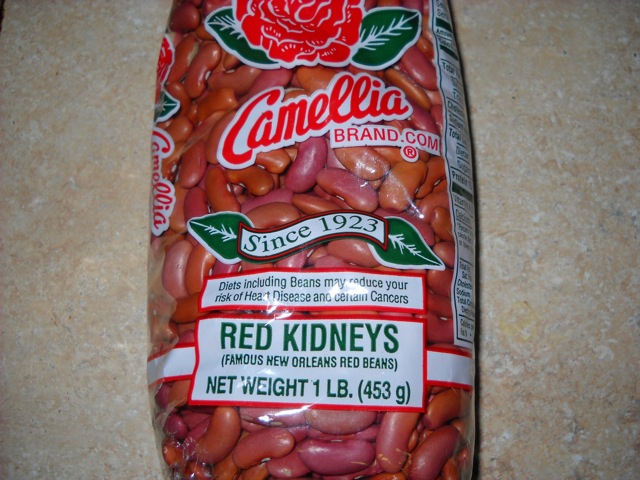 Any red or light red kidney bean will work for this recipe. This brand is particularly popular in the south. 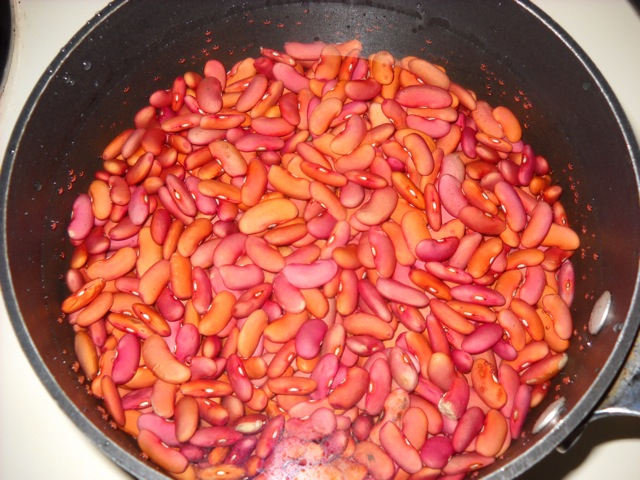 To quick soak the beans, place them in a pot with double the volume of cold water. 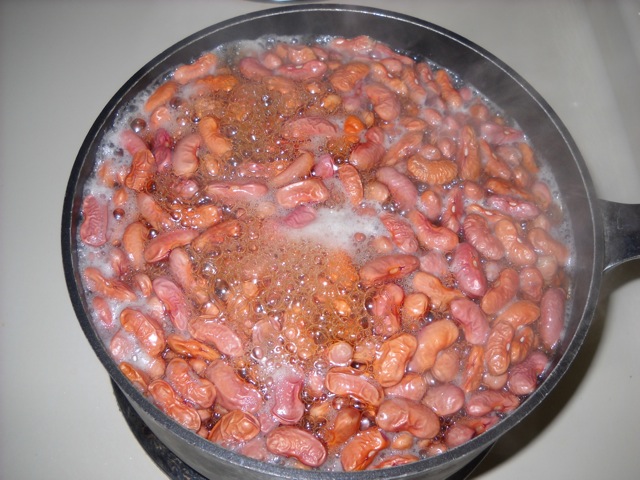 Boil the beans for two minutes then remove from heat, cover tightly and let sit for one hour. 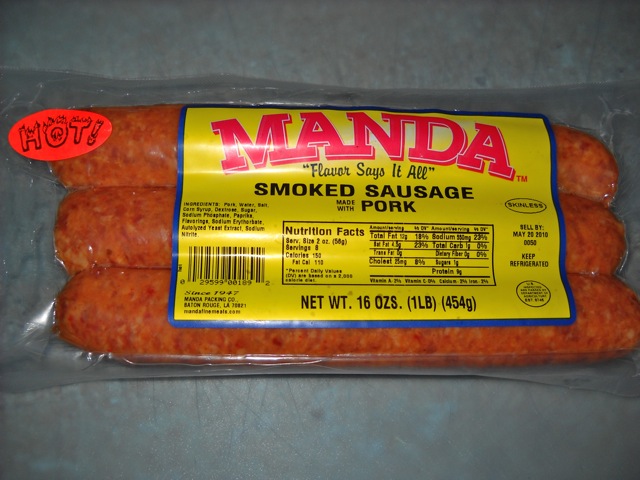 There are a million brands/varieties of sausage in my area but if you can’t find Andouille, use Kielbasa or your favorite hot sausage. 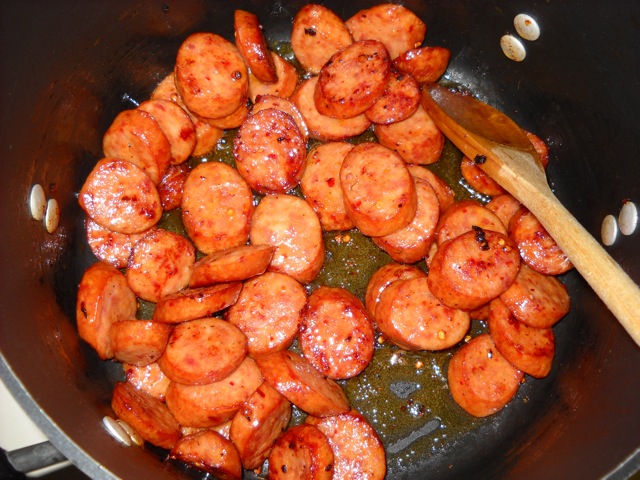 Saute the sausage until it is cooked through and brown and crispy. Remove it from the pot and save it for later (refrigerate for proper food safety). 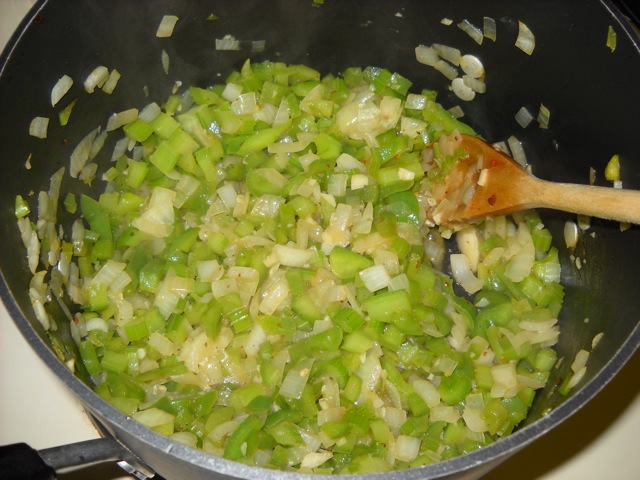 Dice and cook your celery, onion, bell pepper and garlic. Onion/bell pepper/celery is known as “trinity” and is the base for many souther/cajun dishes. It smells amazing! 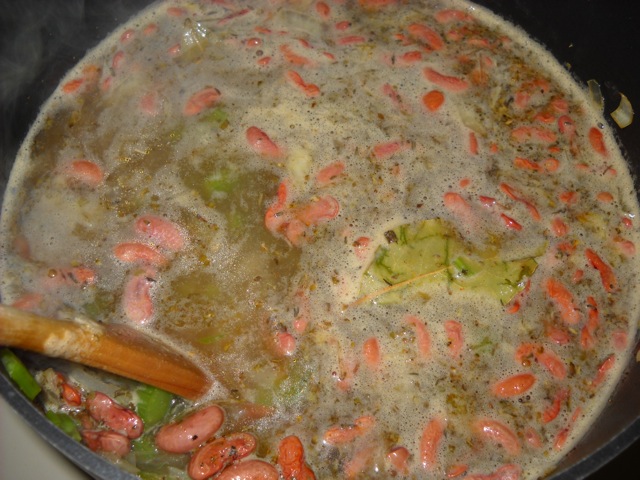 Drain and rinse your beans then add them to the pot along with 7 cups of water, bullion, bay leaves, thyme, and oregano. Cook until beans are soft, mash them up in the pot then cook longer until it has thickened to your liking. Add Tony’s or Cajun seasoning to your taste! 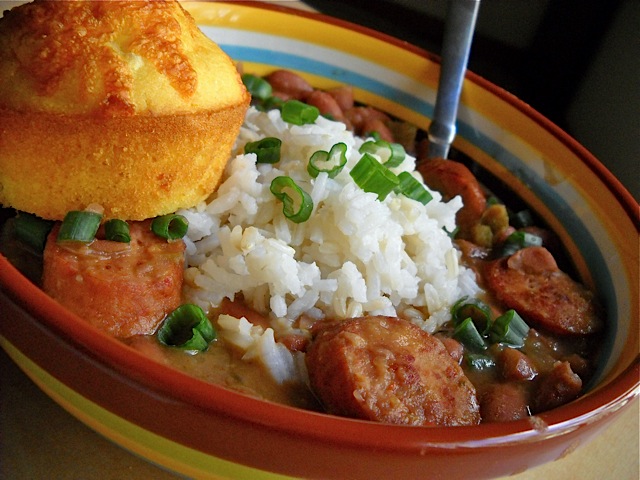 Cornbread is a great friend to Red Beans n’ Rice!

NOTE: If you would like to use a ham hock, you can add it along with the beans, water and other seasonings. Allow it to boil and infuse it’s flavor as the beans cook. At the end of cooking, remove the hock and cut away the meat from the bone and skin. The cooked meat can then be added back into the pot.

I was completely amazed at how little this cost (no wonder it’s a staple dish) and how much it made. Even more amazingly, if I had not been sick and taken the time to stop at the produce market, this could have been even less expensive. I felt so guilty paying almost a whole dollar for one bell pepper and over 80 cents for an onion…