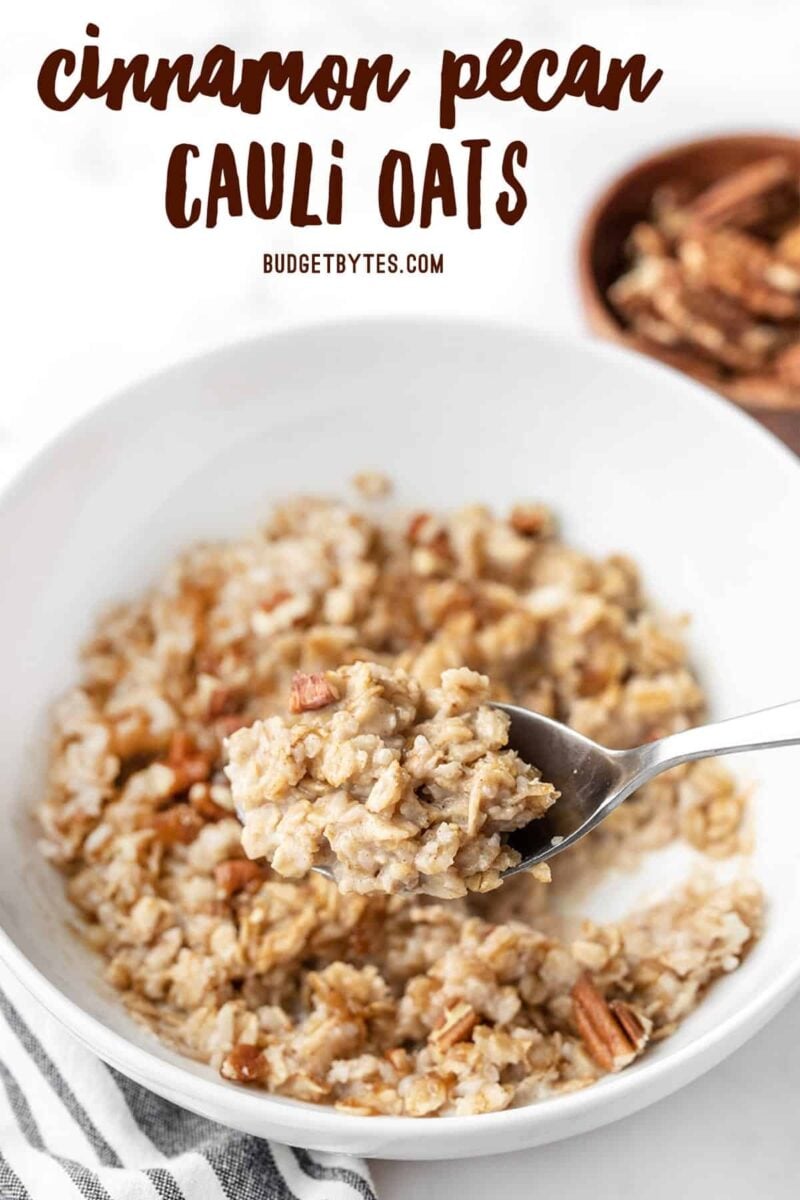 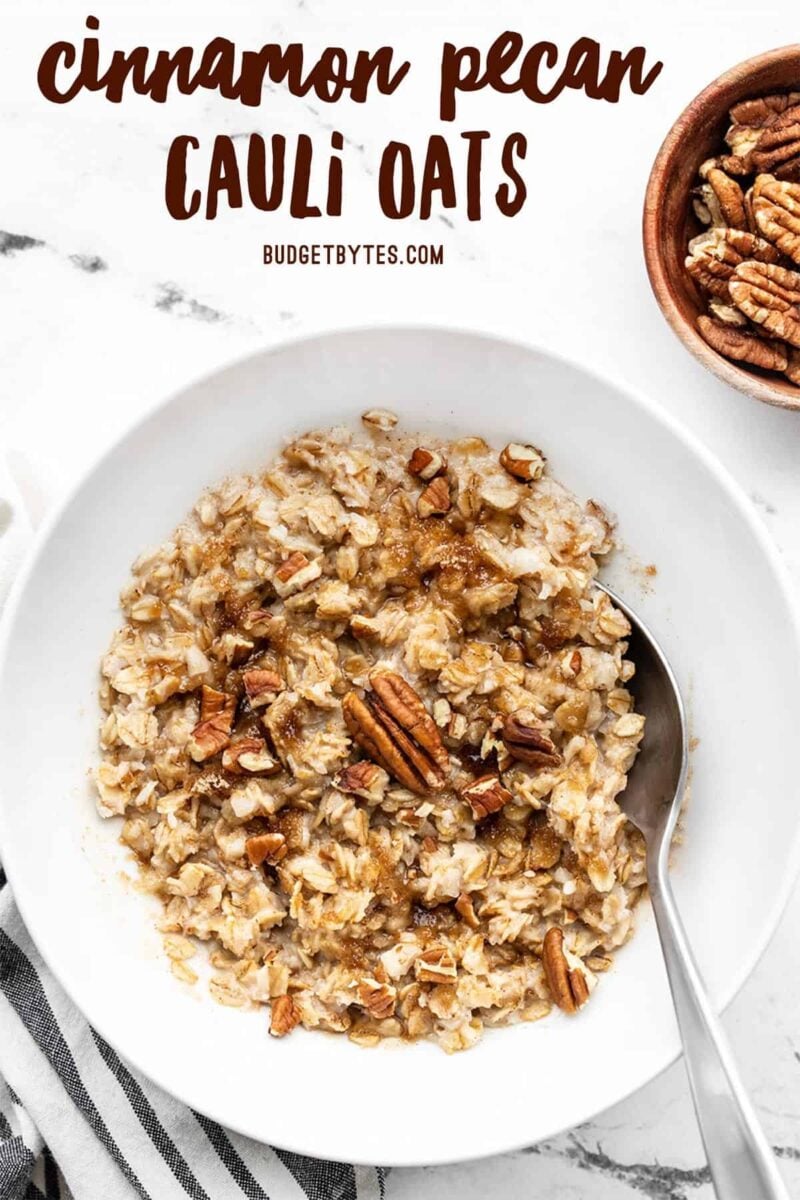 A few weeks ago I made some riced cauliflower and stashed it in my freezer. Since then I’ve been adding a little here and a little there to just about everything. It’s such a versatile way to bulk up recipes and add some extra fiber. This week I stirred some into my morning oats and OMG it was so good! Who would have thought? So today I present to you my Cinnamon Pecan Cauli Oats. A totally unexpected winner!

Look at that bowl of oats. You can’t even see the cauliflower in there! And I promise, it doesn’t taste like cauliflower, either.

Okay, I know some of you are cringing reading about this right now, but let me promise you, these cauliflower oats do not taste or smell like sulfur (you know, that classic cauliflower smell). The cauliflower itself barely has any flavor, so it’s easily masked by the cinnamon, brown sugar, and milk.

And the texture? It’s absolutely delightful. I don’t know how else to explain it other than that. If you’re someone who has avoided oatmeal because it’s too goopy, you’ll welcome the added texture of riced cauliflower.

What Kind of Oats Can I Use?

Do I Need to Cook the Cauliflower Rice First?

4.84 from 6 votes
Adding a scoop of riced cauliflower to your morning oatmeal is an easy and delicious way to add more vegetables to your day!
Author: Beth – Budget Bytes 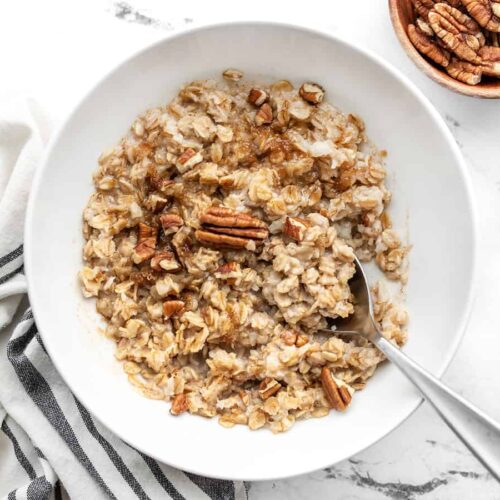 *Any type of milk (dairy or non-dairy) can be used for this recipe.

Microwave the ingredients for three minutes, stirring every minute or as often as needed to prevent it from boiling over (this tends to be more often toward the end of the three minutes.

Top the bowl of oats with 1 Tbsp brown sugar and 1 Tbsp chopped pecans just before serving.

After simmering for three minutes, turn the heat off and let the oats rest for a few more minutes, with the lid on top.