After grabbing the groceries that I needed for this week’s recipes, I had a few dollars to spare in my September Challenge budget, so I headed over to the meat aisle to see if I could nab anything on sale and just stock up for the future. I found a great boneless Boston pork butt for just a few dollars and if there’s one thing I love, it’s pulled pork. And now, this Chili Rubbed Pulled Pork in particular.

Pulled pork is super easy to make, especially if you have a slow cooker. Once the meat is slow cooked, it’s so tender that it just falls apart and shreds with the touch of a fork. That delicious shredded meat can be used so many different ways, making this an excellent buy. I whipped up a very basic chili powder based rub, coated the meat, and popped it in the slow cooker. Four hours later I had succulent and flavorful Chili Rubbed Pulled Pork that I can pile into rice bowls, burritos, quesadillas, tacos, or just enjoy on a bun.

I kept a portion of the meat in the fridge for this week and froze the rest so I could have back ups for the next couple of weeks when I get that “meat” craving. 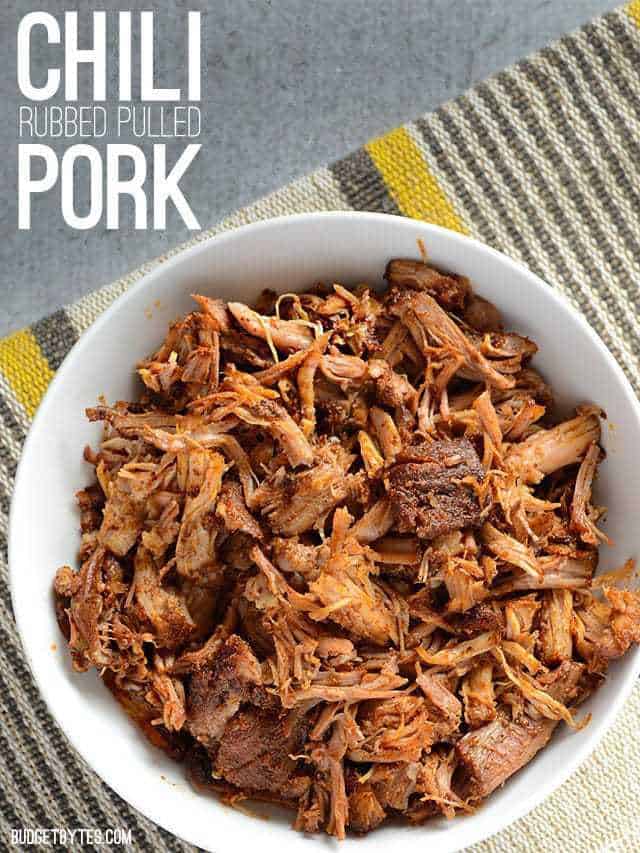 *This chili powder is not spicy. It is a mild, earthy blend of chiles and other spices commonly referred to as "chili powder" in the United States.
Nutritional values are estimates only. See our full nutrition disclosure here.
Tried this recipe?Mention @budgetbytes or tag #budgetbytes on Instagram! 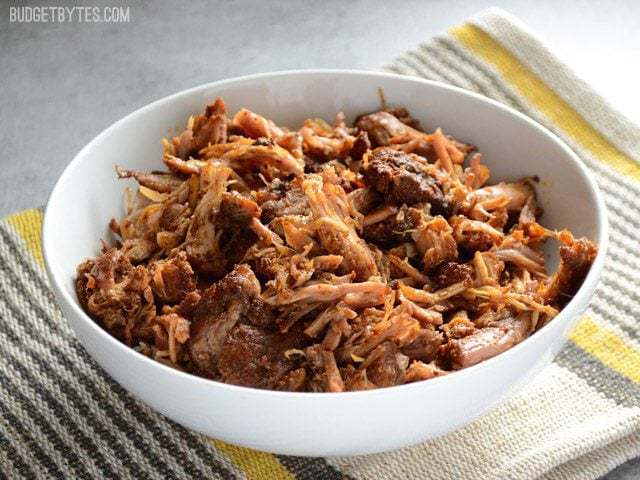 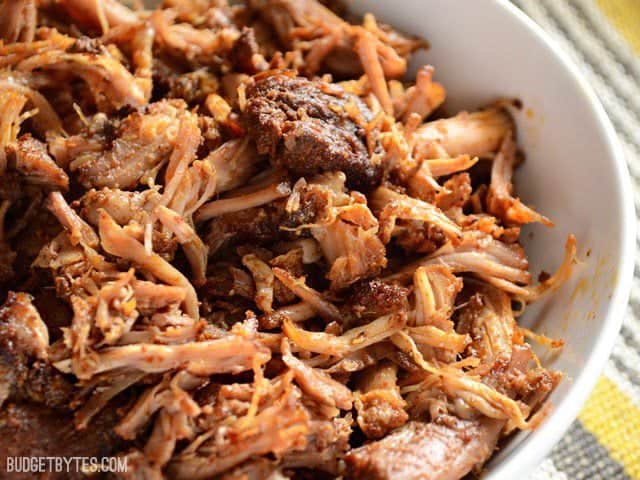 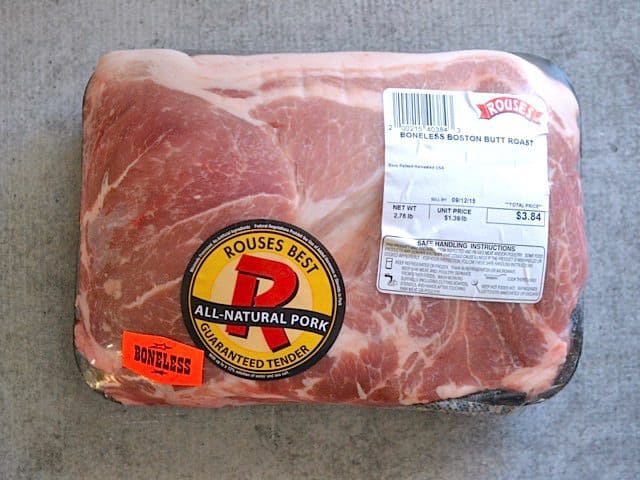 I used a boneless Boston butt, which was 2.75 lbs. You can use a bone-in pork butt, but make sure to get one that weighs slightly more to make up for the bone’s weight. The bone can easily be removed after cooking. Cut the pork butt into large (2-3″) cubes. I don’t bother trimming the fat because a lot of it melts off the meat into the bottom of the slow cooker and the rest can be easily removed as you shred the meat after cooking. 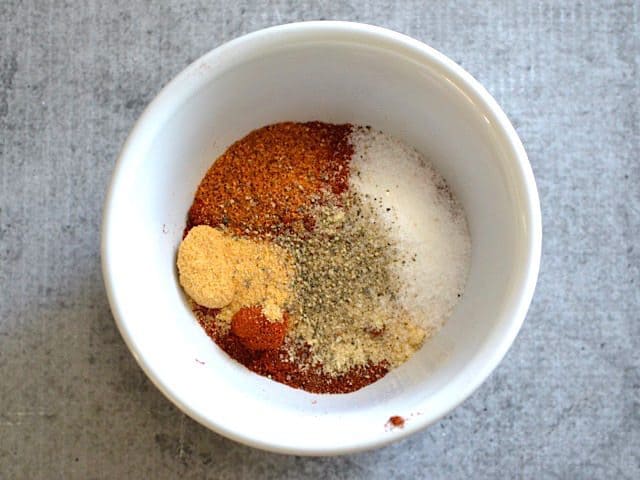 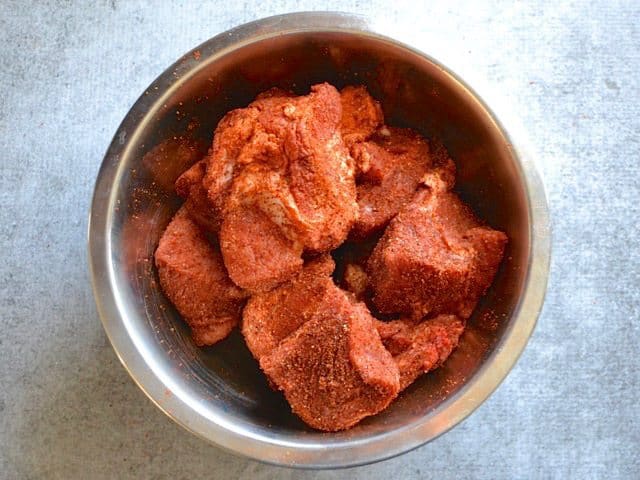 Pour the spice mix over the cubed meat and toss until the meat is coated. 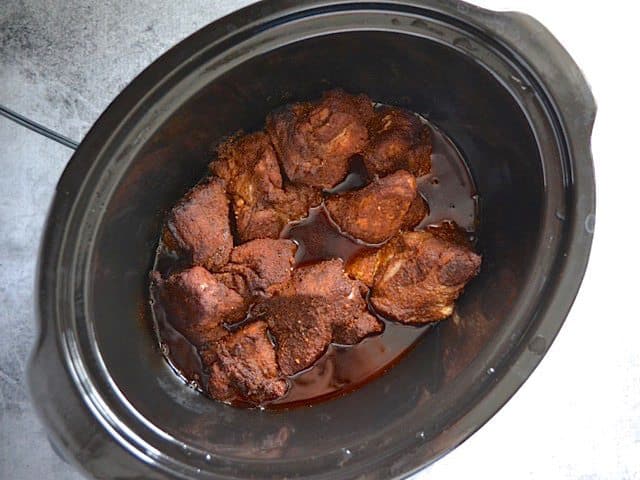 Place the seasoned meat in a slow cooker and cook on high for four hours. Because no extra liquid was added to the slow cooker, a lot of the meat is above the juices, which helps keep the spices on the meat. The meat that is above the liquid still cooks just fine from the radiant heat given off by the heavy duty ceramic liner of the slow cooker. 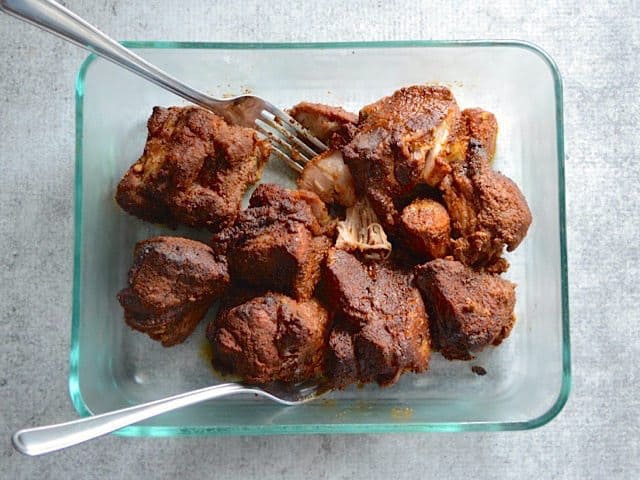 Carefully (because it will be tender and delicate) remove the chunks of meat from the cooker and place them in a large bowl or dish. 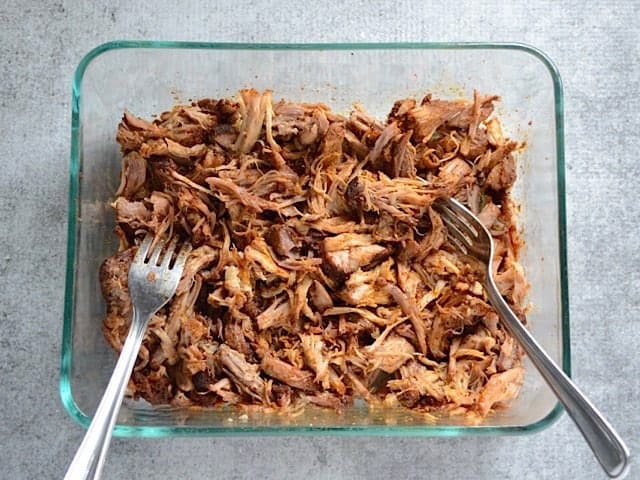 Use two forks to shred the meat and pull off any large pieces of fat or gristle. 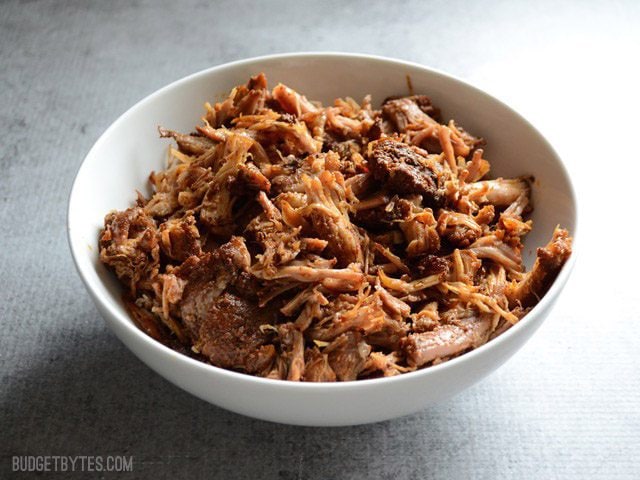 My roast yielded three cups of shredded meat. OMG it was so hard to not just sit there and eat it out of the bowl!

I divided the pork into three 1 cup bags, each with two 1/2 cup portions. I kept one in the fridge to eat this week and froze the other two. 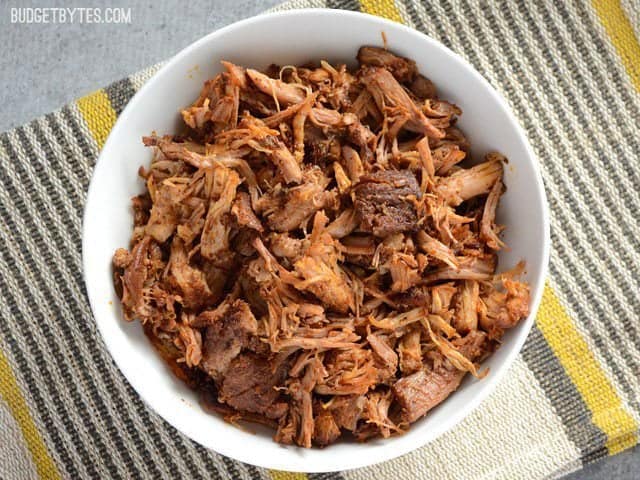 What can you do with this amazing Chili Rubbed Pulled Pork? Just about anything! Eat it in a “burrito bowl” (that’s what I did this week), stuff it into a real burrito, a quesadilla, or just eat it on a roll like a pulled pork sandwich. Heck, why not even use it to top a southwest inspired pizza? ANYTHING. It’s so good.