I’m still in the process of feeding off of the stores of “left over” items in my pantry and freezer. I had two split breasts (bone-in, skinless) in my freezer, left over from the Caldo Xochitl, that I knew would make a good hearty meal (or two.. or ten).

Chili Verde was calling my name. Chicken Chili Verde to be exact. What is it? Chicken, beans, green chiles and lots of mexican spice! The only thing that separates this from regular chili is the tomatoes and maybe the seasoning ratio. Regular red chili has tons of cayenne and some cumin where as chili verde has tons of cumin and just some cayenne. Topped with super creamy monterrey jack cheese and fresh cilantro, Chicken Chili Verde is hard to beat. This is definitely going to go on my “must cook again” list.

Because I was an irresponsible cook and didn’t separate my chicken breasts before freezing, they were completely frozen together and I had to use both. This yielded a SUPER meaty chili. If I was hard pressed for cash, one breast would have done the job and cut the price considerably.

You can make this recipe in half the time if you use canned beans instead. I’m still having a hard time using a can opener with this injured wrist so I went for dry beans that come in an easy, tear-open bag. Plus, as we all know, dry beans are about 1/3 the cost of canned. Directions for the canned bean version can be found at the end of the post.

…then half way through cooking the recipe I realized that the green chiles were also in a can. ugh. So worth the pain, though. 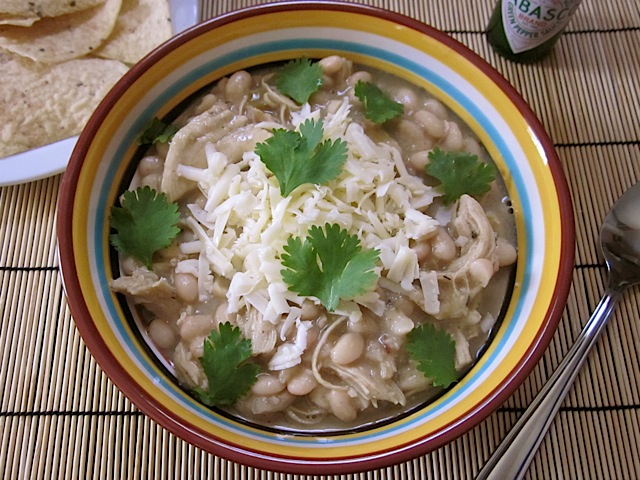 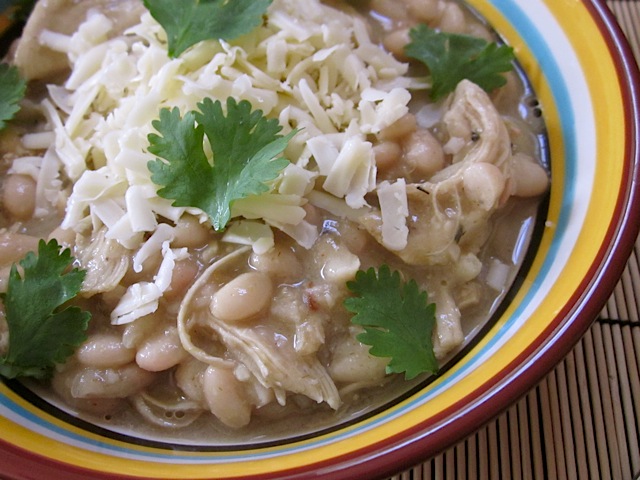 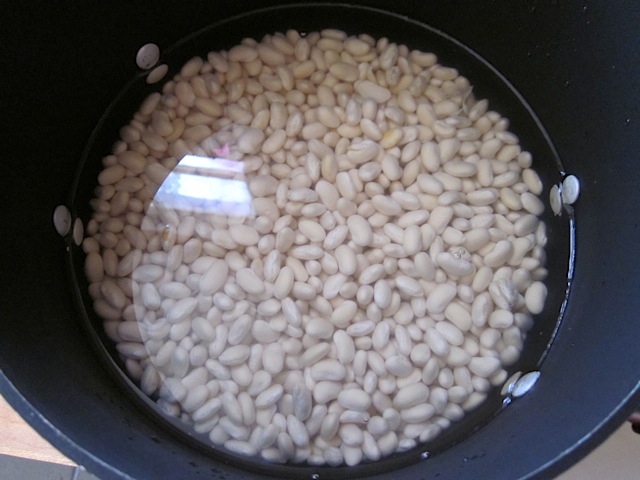 Soak the beans over night in the refrigerator. Pour off the soaking water and rinse well. 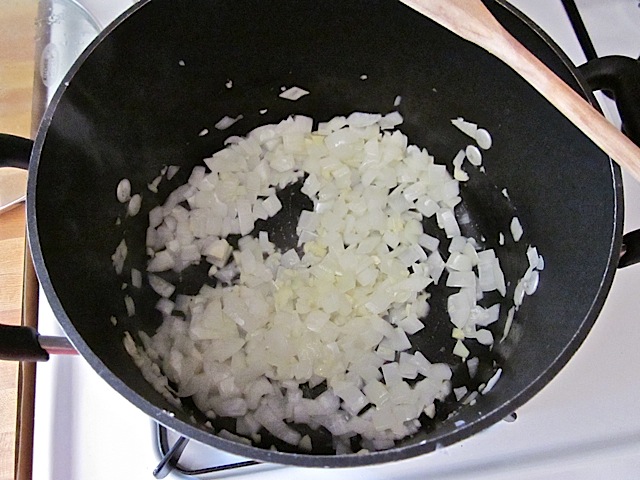 Cook the onions and garlic in olive oil until softened. 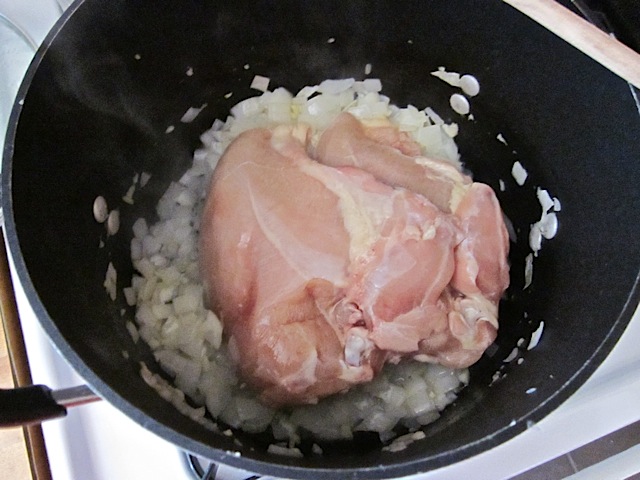 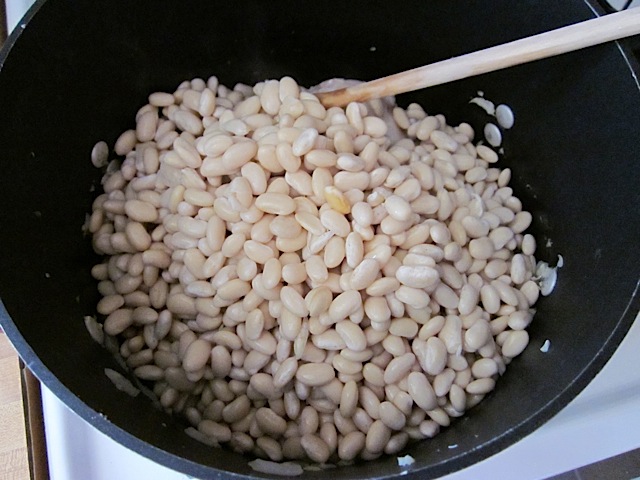 and the soaked beans… 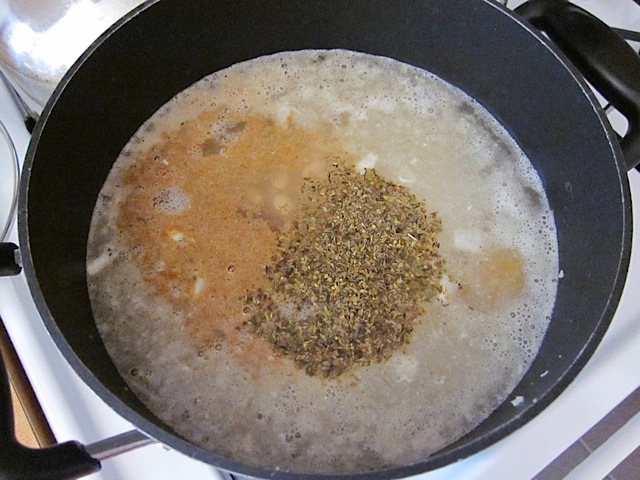 and the 6 cups of fresh water and seasonings (bouillon, cumin, oregano, cayenne and red pepper flakes). 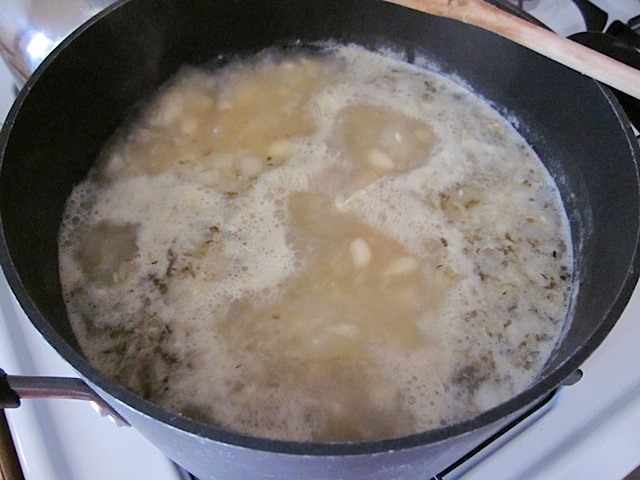 Bring the pot up to a full boil over high heat then reduce the heat to medium and let simmer for one hour. 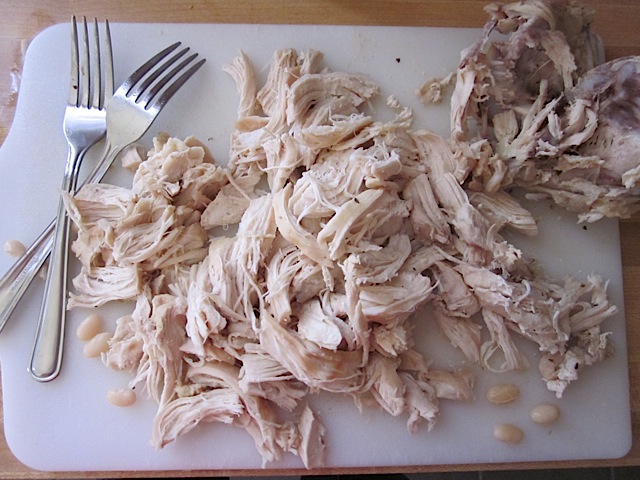 At that point, the chicken should be cooked through and soft enough to pull from the bone and shred. Let the pot continue to simmer as you do this. 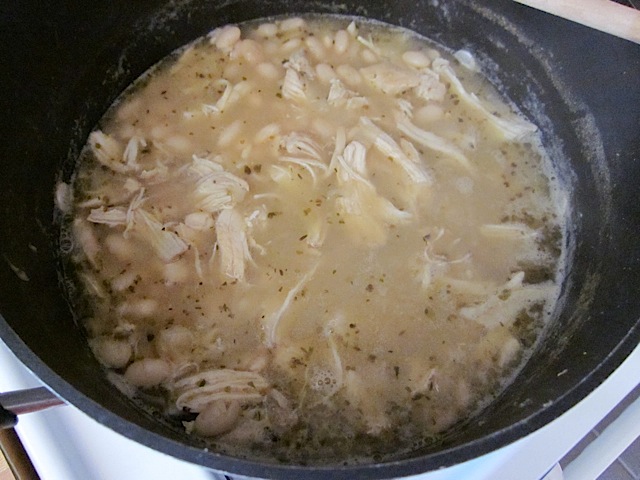 Add the shredded chicken back to the pot… 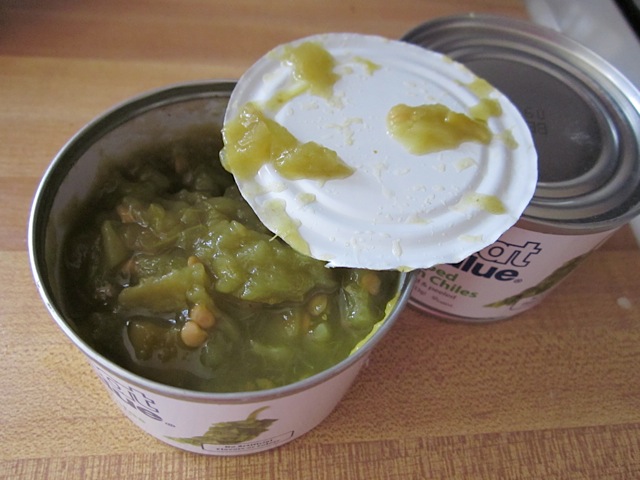 Along with the can of green chiles. I originally bought two cans but I thought one was sufficient in the end. 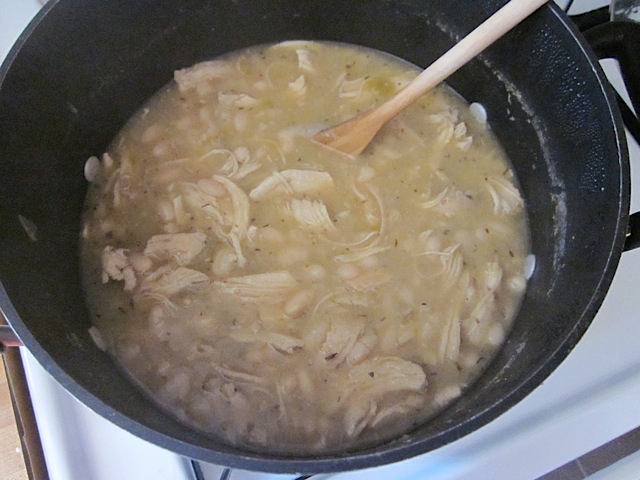 Taste the broth and adjust the seasoning to your liking. Mash some of the beans against the side of the pot and continue to simmer the chili until thickened (about 30 minutes more). 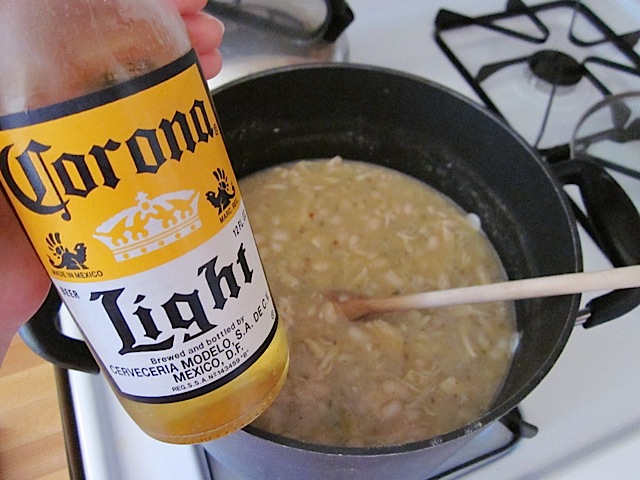 I happened to have a (one) lonely bottle of Corona in my fridge so I added about half cup to the chili… this is totally optional. 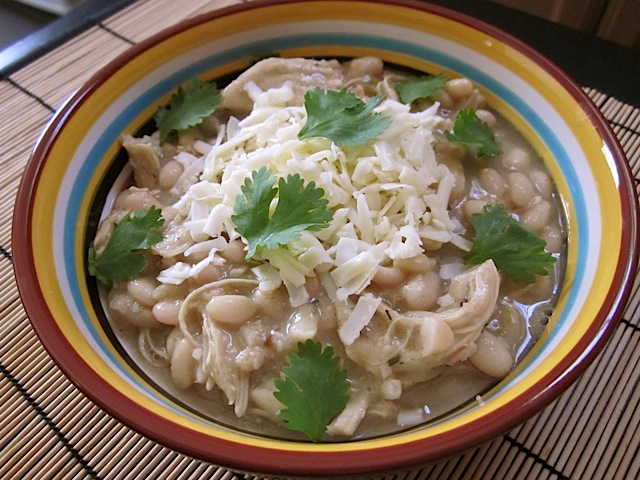 Top each bowl with some shredded monterrey jack cheese and fresh cilantro!

Prepare with Canned Beans: Use two cans of white beans in place of the 1 lb. dry. Instead of adding 6 cups of water and 1 Tbsp of bouillon, replace with 1.5 cups of broth/bouillon (1.5 cups water + 1.5 tsp bouillon). Since the chicken will not be boiling for an hour with the beans, you’ll need to cook the chicken ahead of time, dice or shred and then add to the pot. The quickest way to cook chicken (IMHO) is to just throw it on a counter top grill. This also works best with boneless breasts as opposed to bone-in.