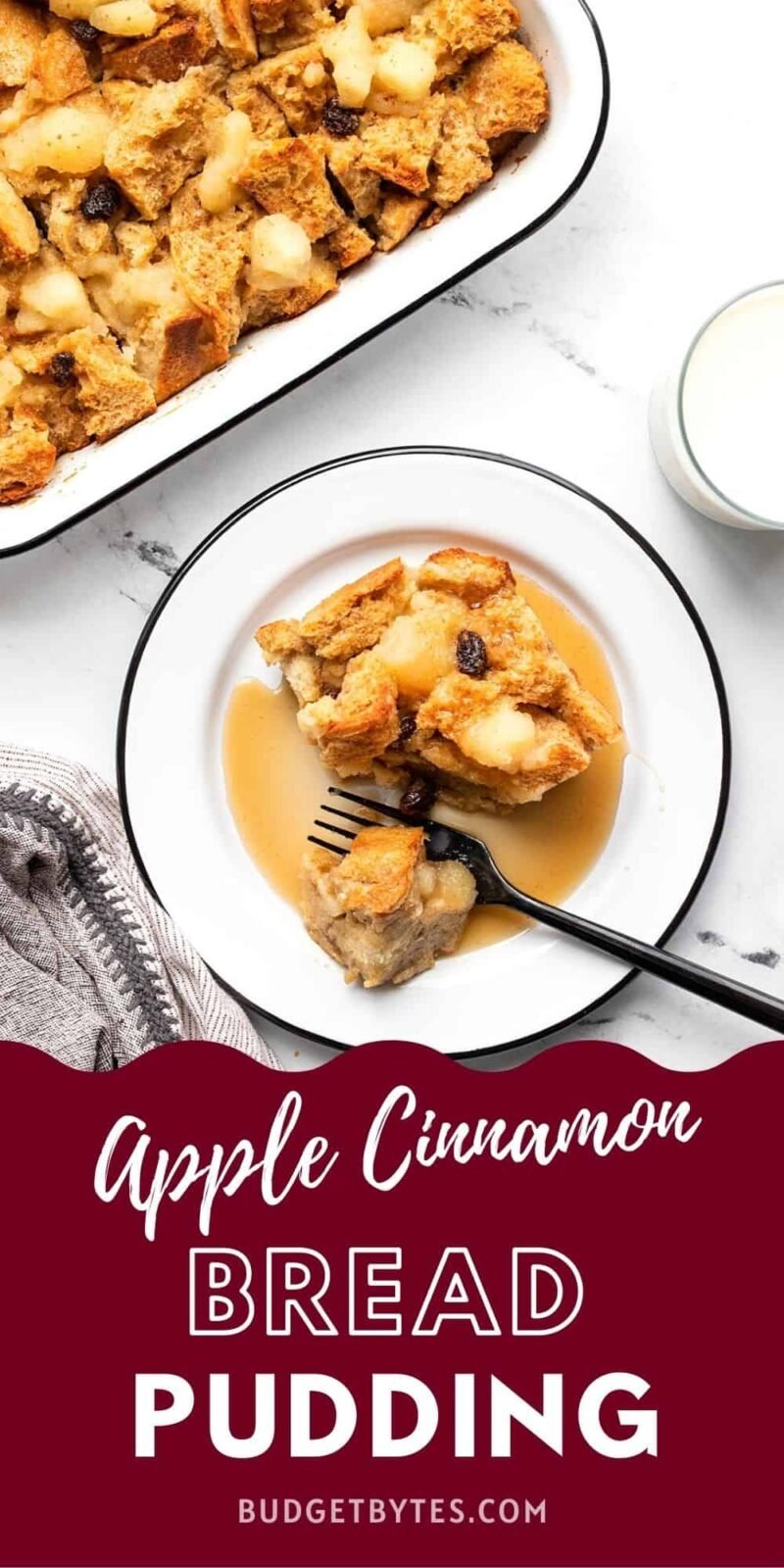 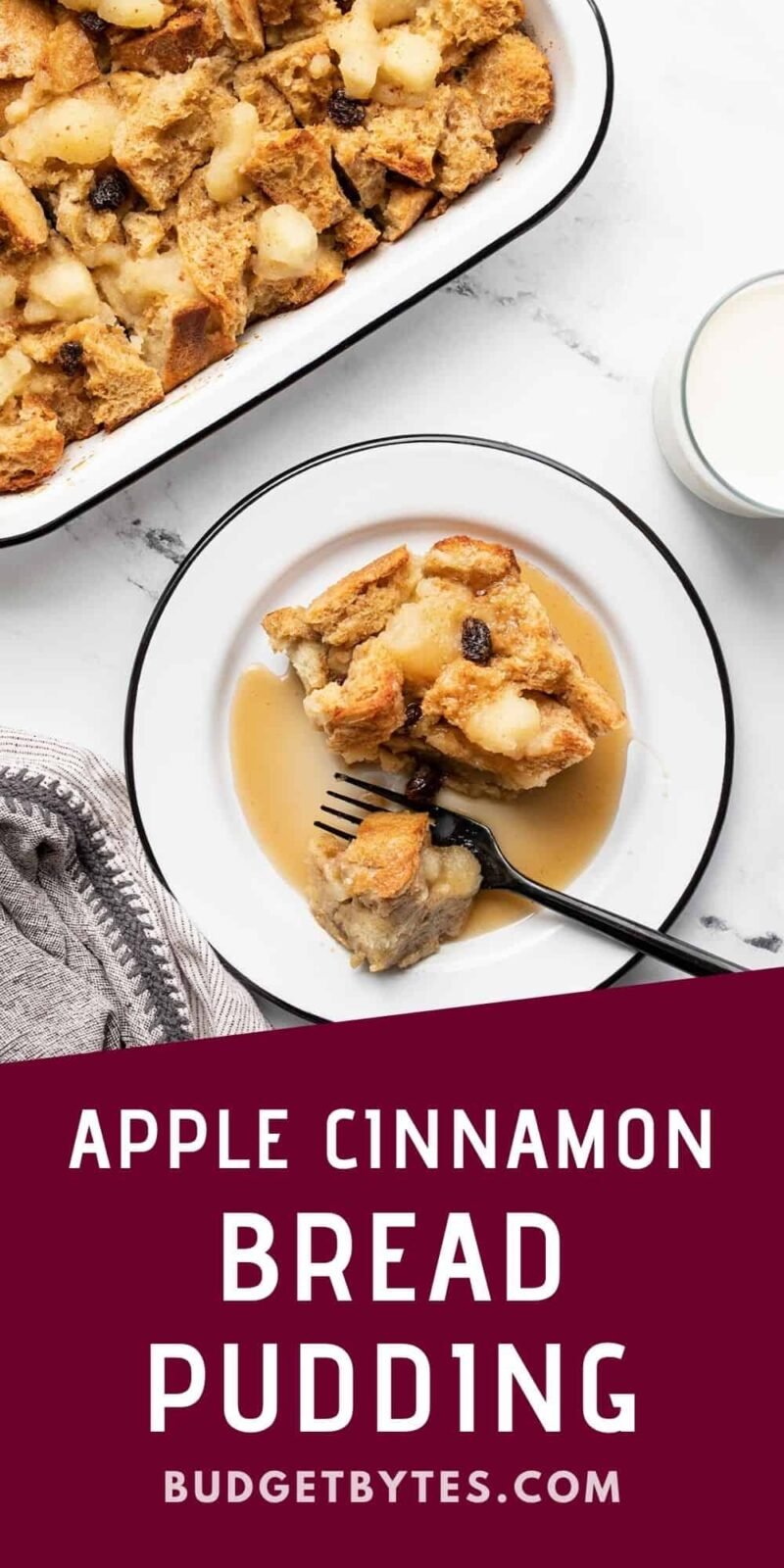 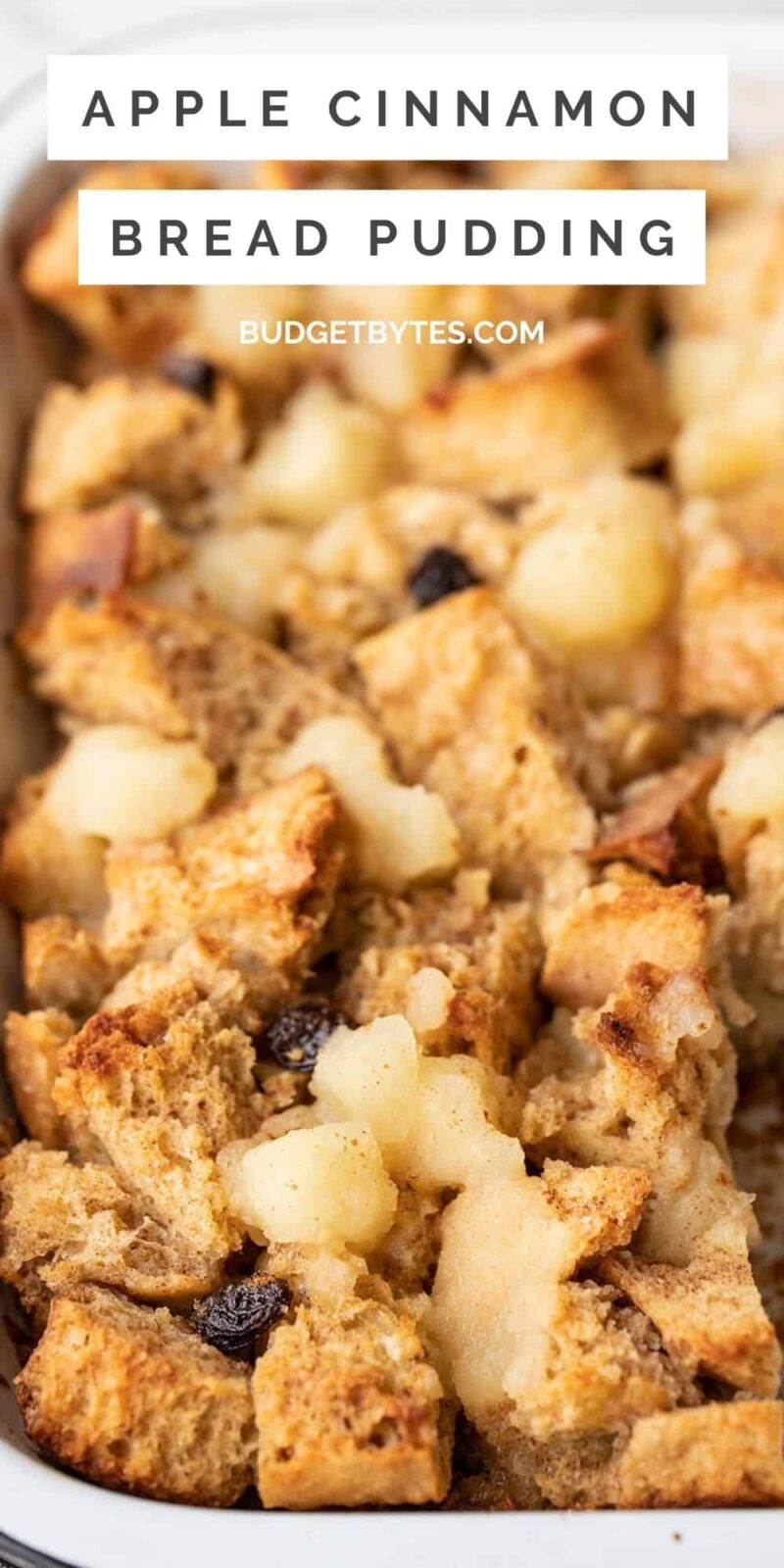 Bread pudding, also known as French Toast Casserole, is what all your cozy weekend breakfast dreams are made of. It’s basically bread soaked in a sweet and creamy custard, then baked to perfection. The edges of the bread get deliciously crispy while the inside stays moist and custard-like. It’s so much easier than cooking individual slices of French toast in a skillet, and it’s a great way to use up leftover stale or day-old bread. Win-win! So let me show you how it’s done. 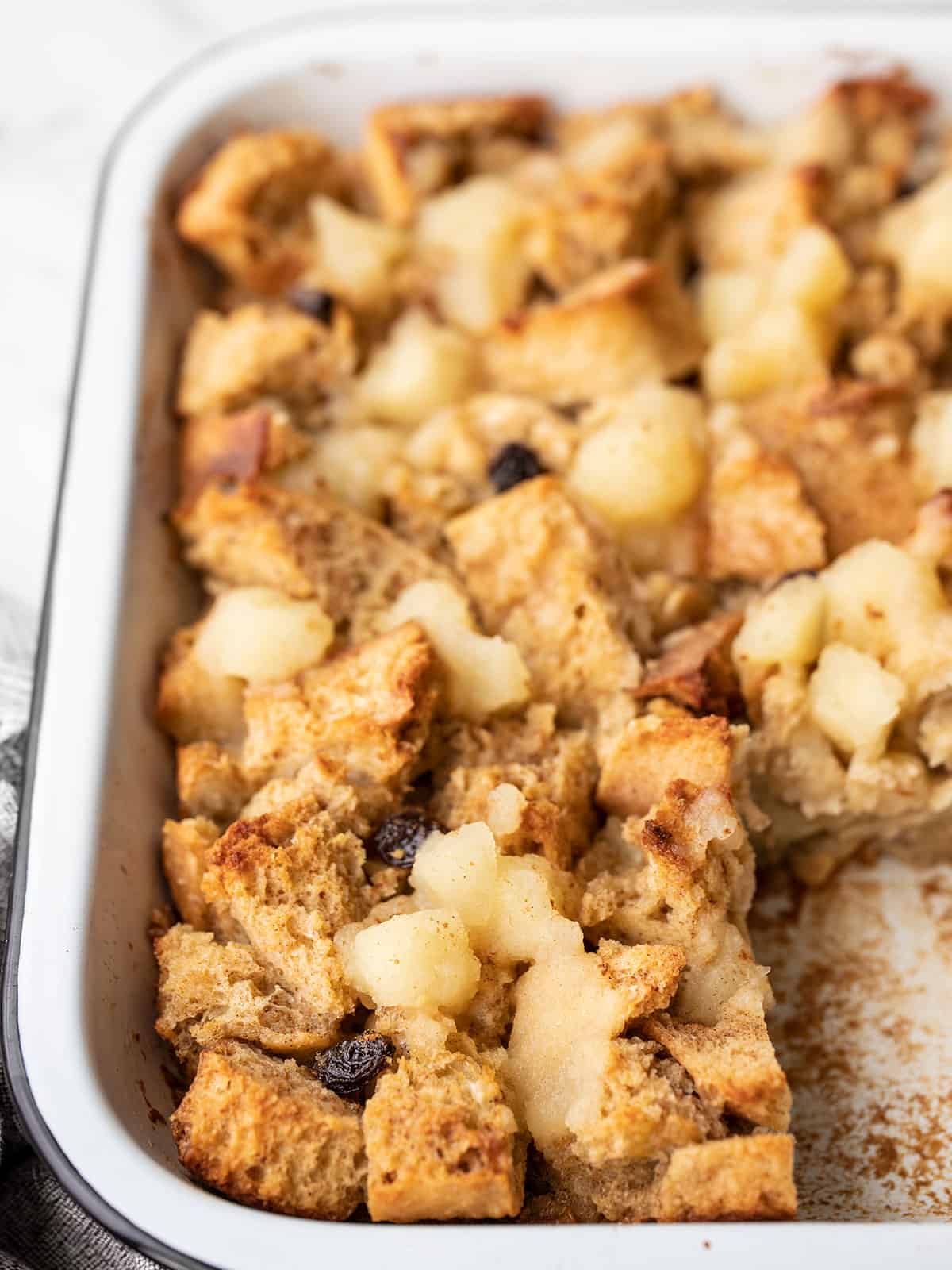 Is Bread Pudding for Breakfast or Dessert?

There are many, many different versions of bread pudding, some of which are downright decadent. You’ll even see it on the dessert menu in a lot of restaurants across the south (usually drenched with a delicious bourbon sauce). The version I’m presenting here is the kind I grew up eating for breakfast. It has milk instead of heavy cream, fewer eggs, and a lot less sugar. The addition of applesauce to the custard also keeps things a little lighter and more toward the breakfast end of the spectrum. All of that said, I would still consider it a sweet, special occasion type of breakfast.

What Kind of Bread to Use for Bread Pudding

It’s important to use a hearty bread for bread pudding rather than a soft white sandwich bread. Softer bread will disintegrate in the custard and won’t give you the nice toasty edges on top. Bread pudding is the perfect way to use up leftovers from your loaves of Italian bread, baguettes, or any hearty artisan loaf you may have. And if you don’t have enough leftover bread from one loaf, tear that bread into pieces, pop it into a freezer bag, and save it in the freezer for later when you do have more bread!

The classic apple cinnamon flavor of this bread pudding is a great base to add even more flavor. You could toss in a handful of walnuts or pecans, or maybe even some dried cranberries. If you want more texture in your bread pudding, try chopping up a fresh apple and stirring that into the mix. If you want to go more toward the dessert route, you could top your bread pudding with a cream cheese icing or caramel drizzle! 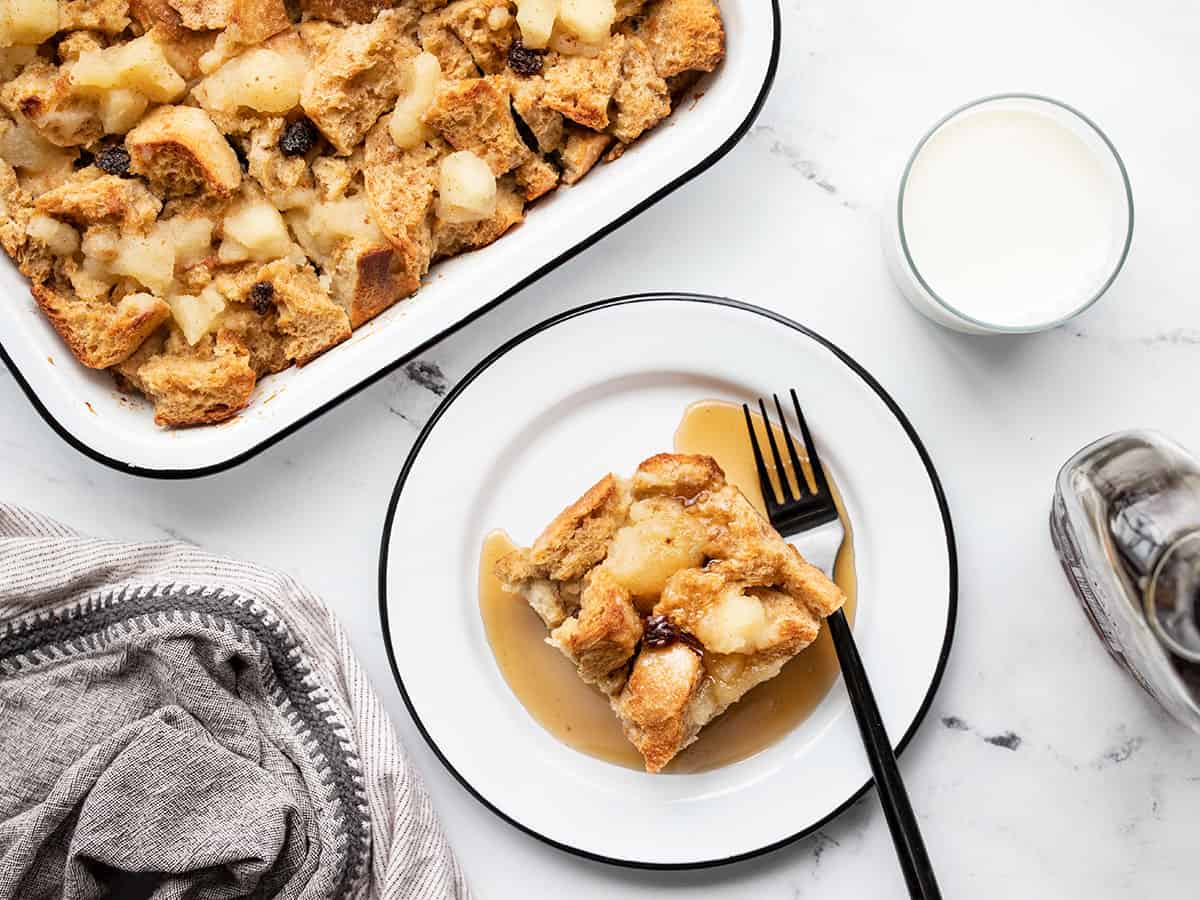 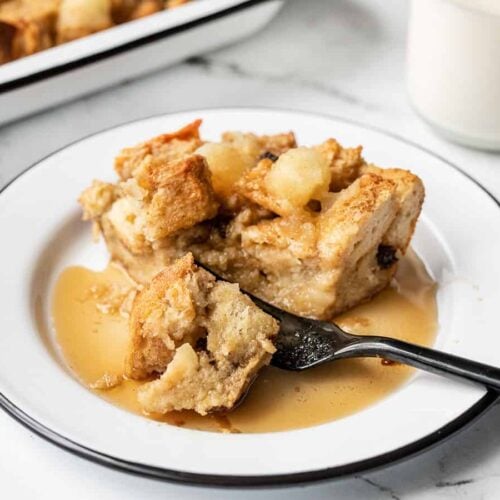 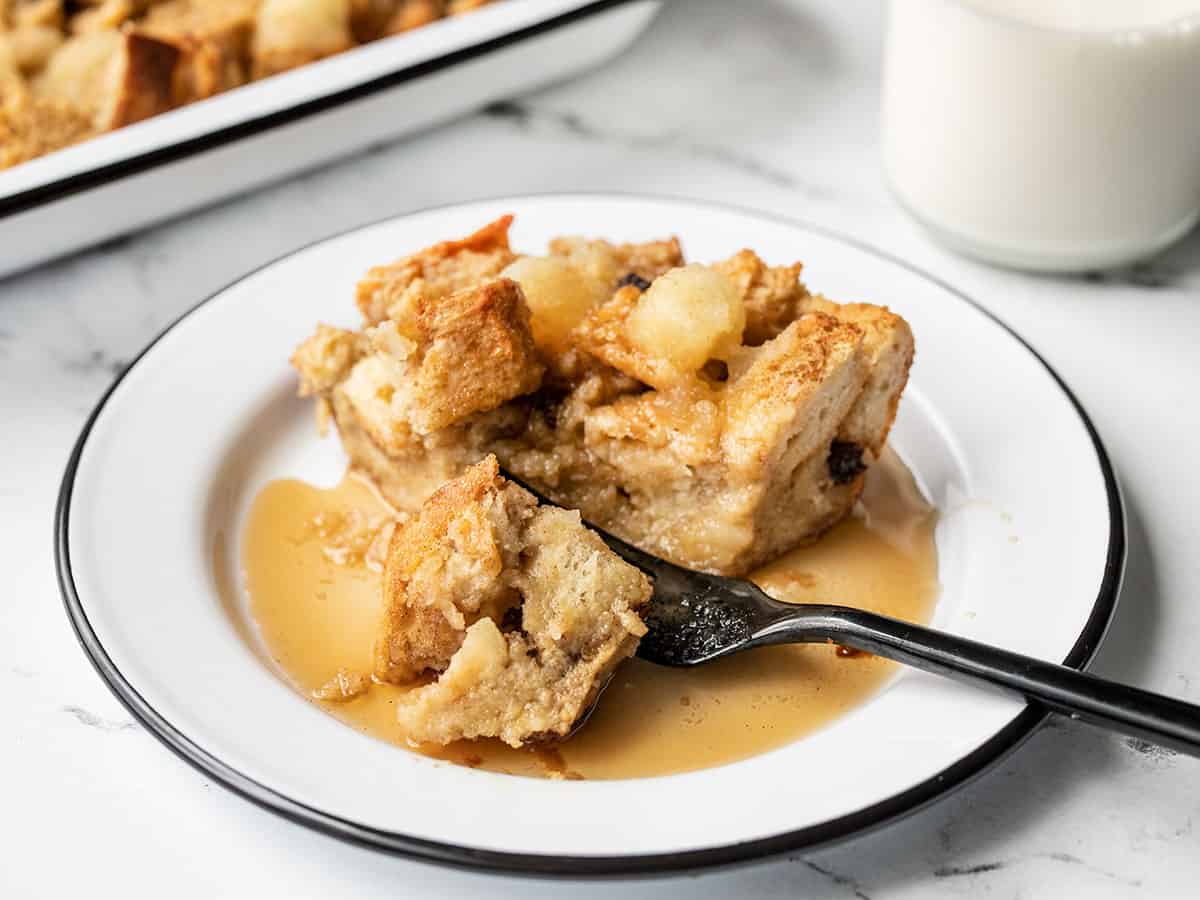 How to Make Bread Pudding – Step by Step Photos 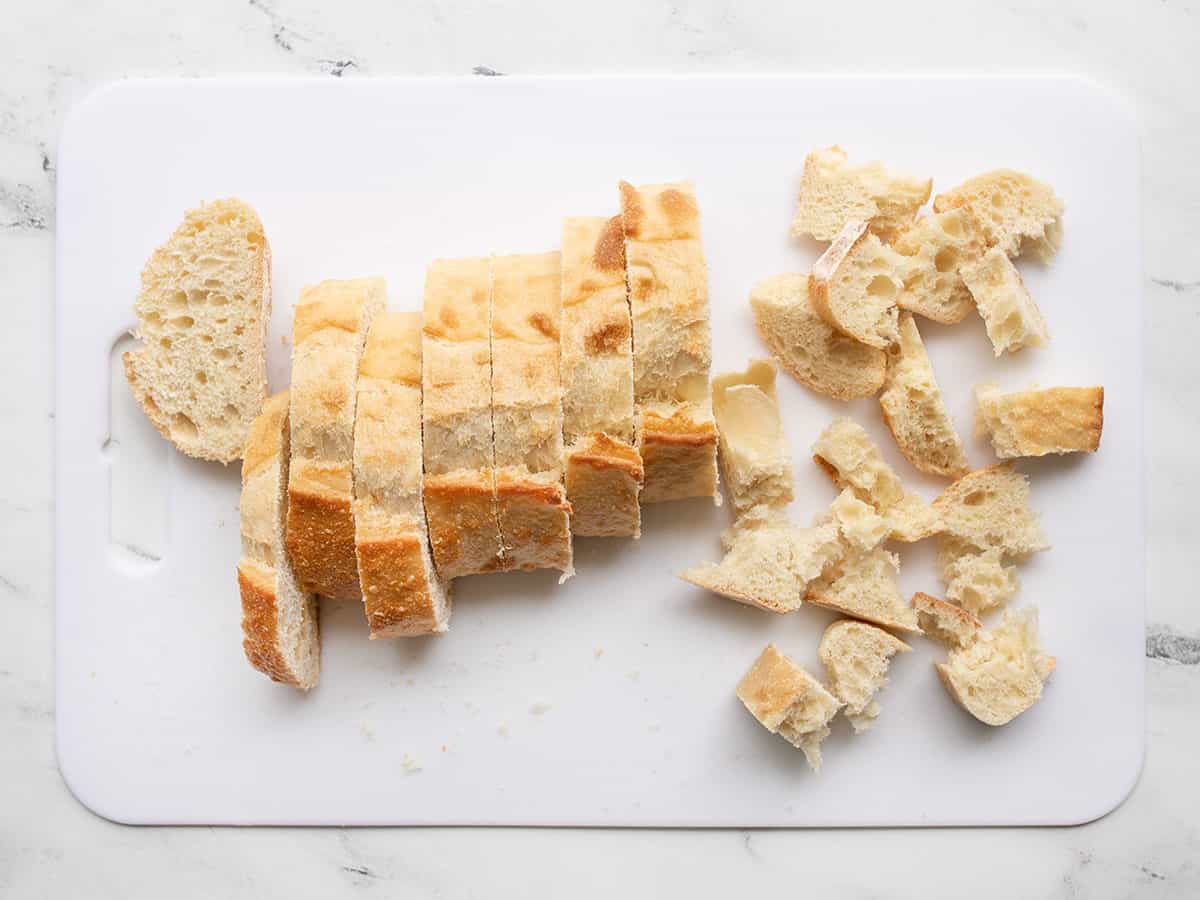 Preheat the oven to 325ºF. Tear your bread into one-inch pieces. You’ll need about 6 cups of torn bread. 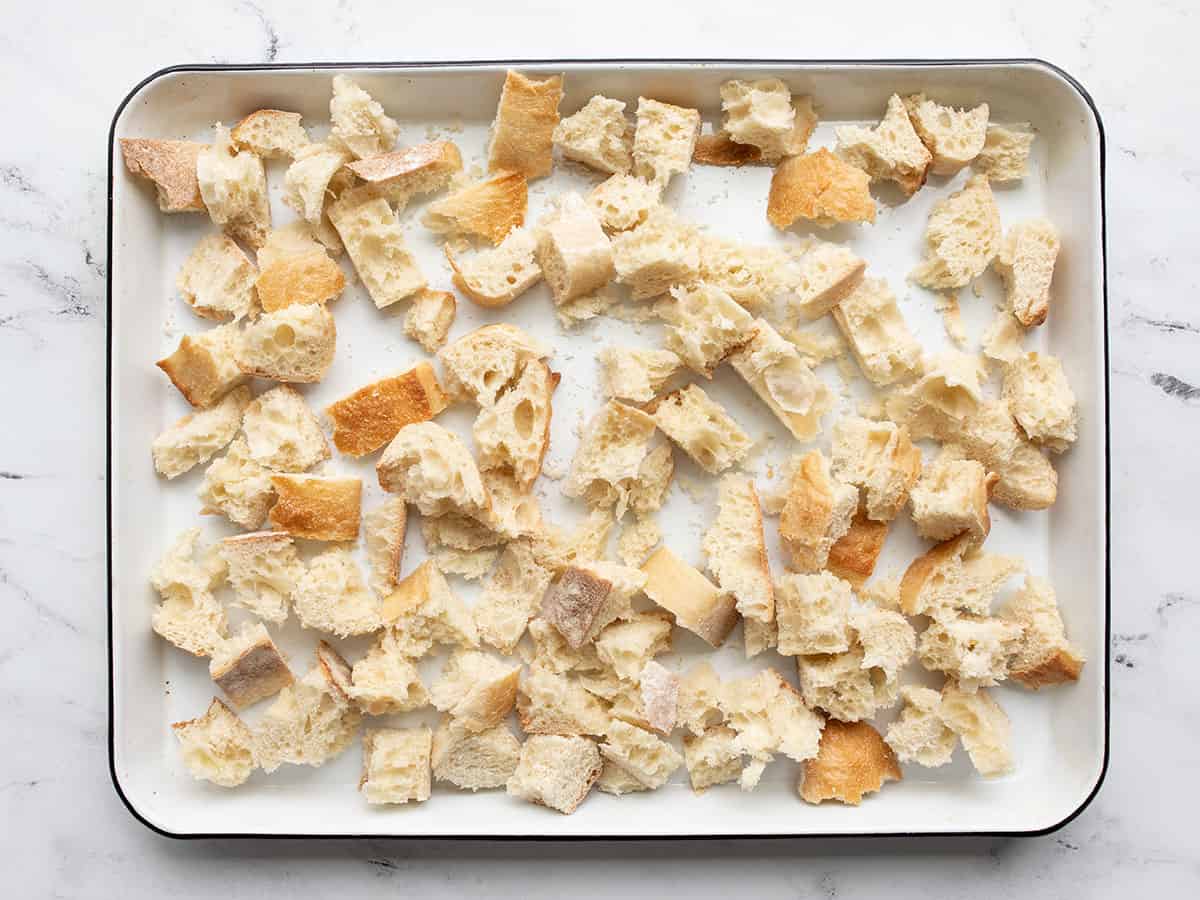 Place the torn bread pieces on a large baking sheet and bake in the preheated 325ºF oven for about 10 minutes to dry it out. Let the bread pieces cool for a few minutes after baking. This will allow the rest of the steam to evaporate and dry the bread further. 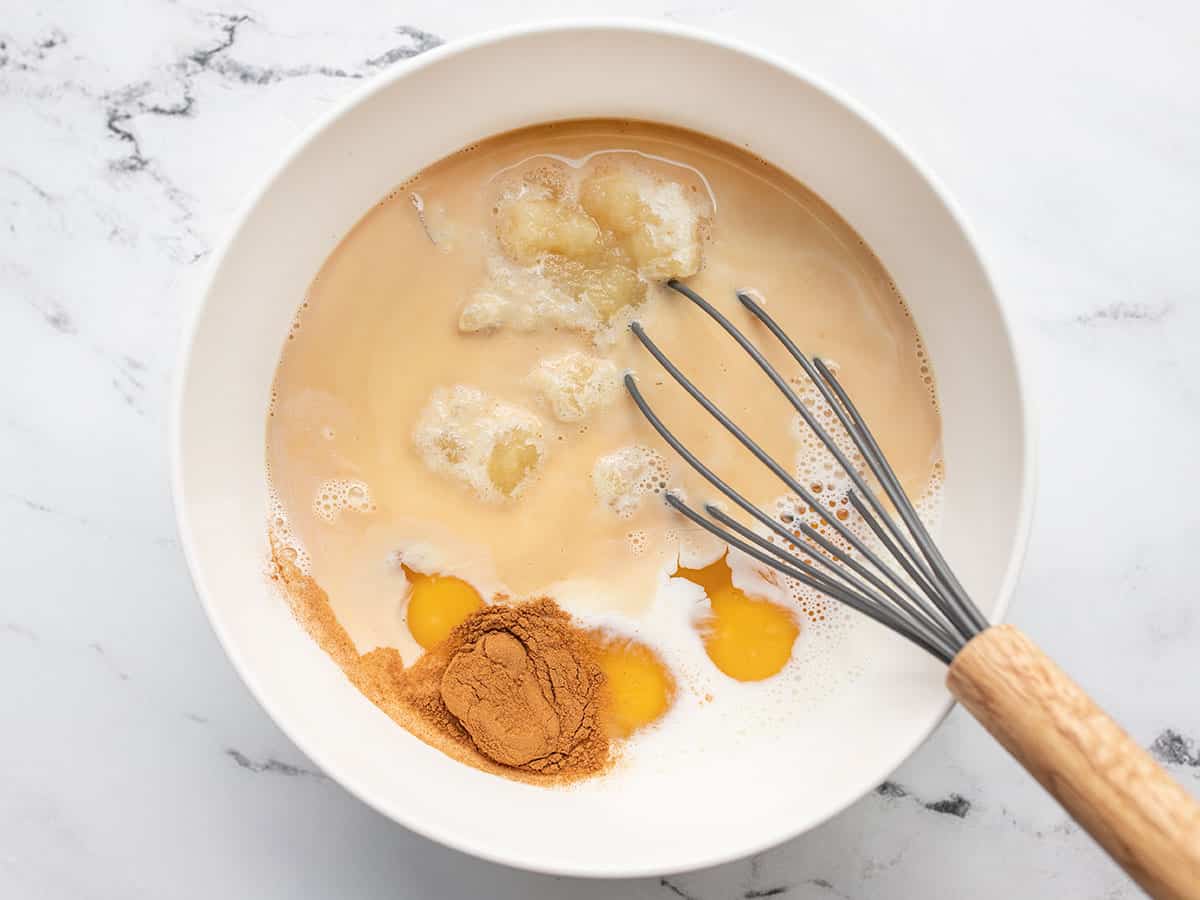 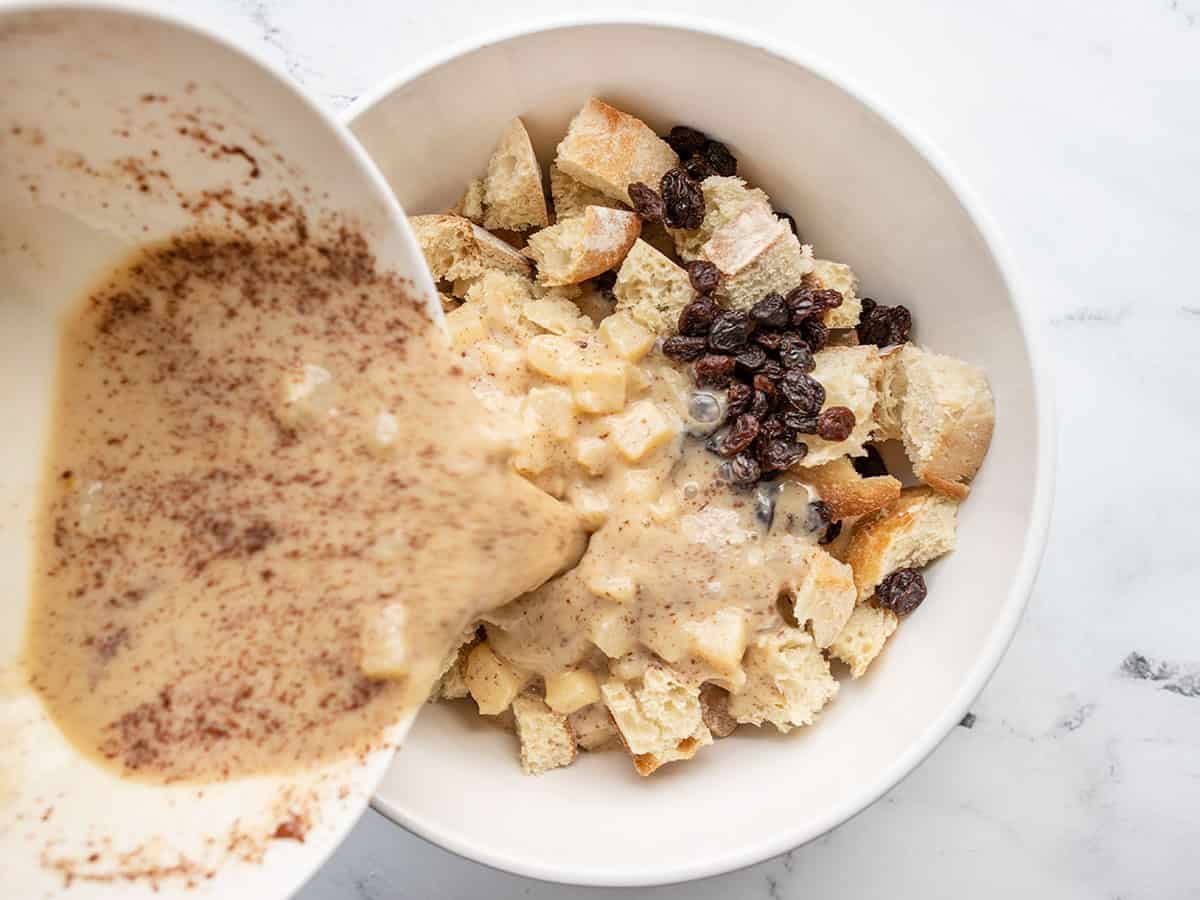 Place the dried bread cubes in a large bowl along with ⅓ cup raisins. Pour the custard mixture over top and then give everything a stir until all of the custard has been absorbed by the bread. 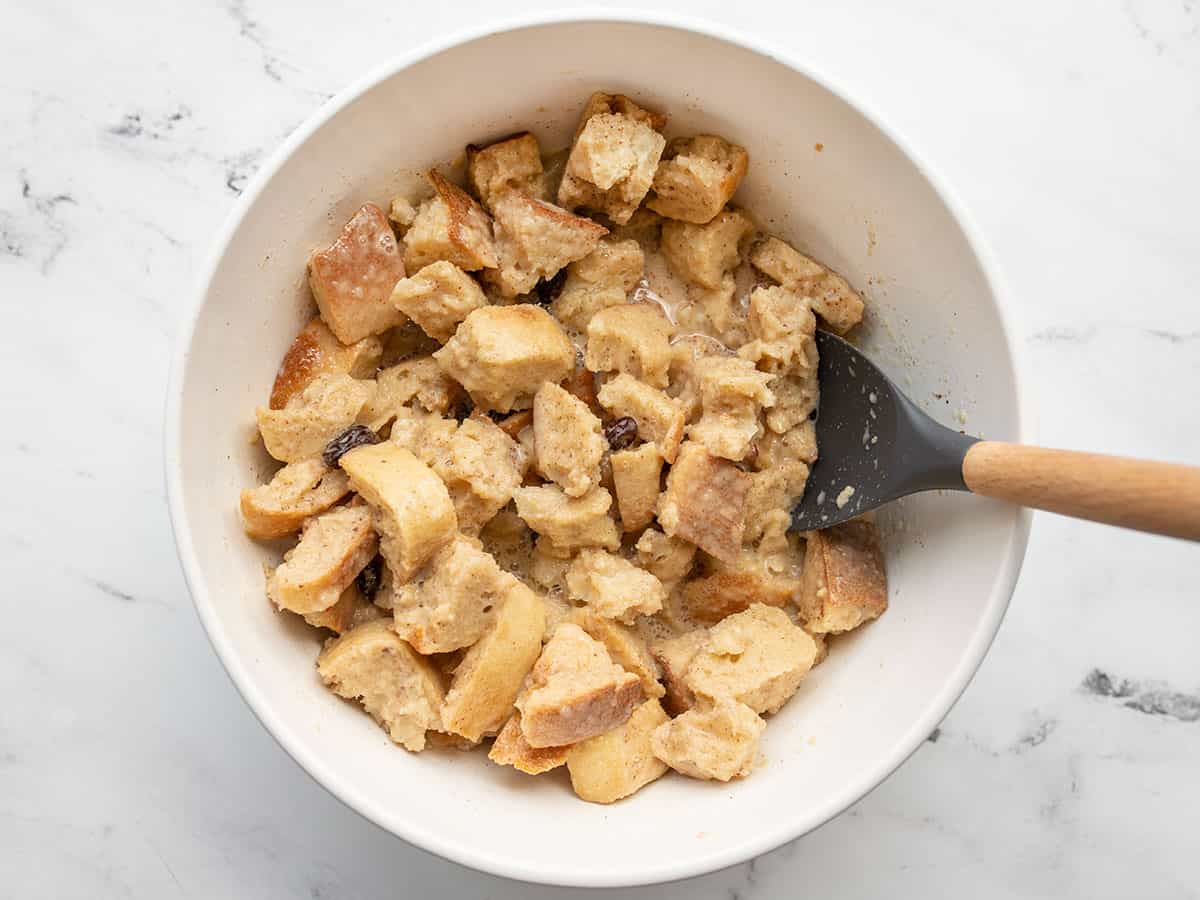 Set the mixture aside and allow the bread to soak in the custard for at least 15 minutes. 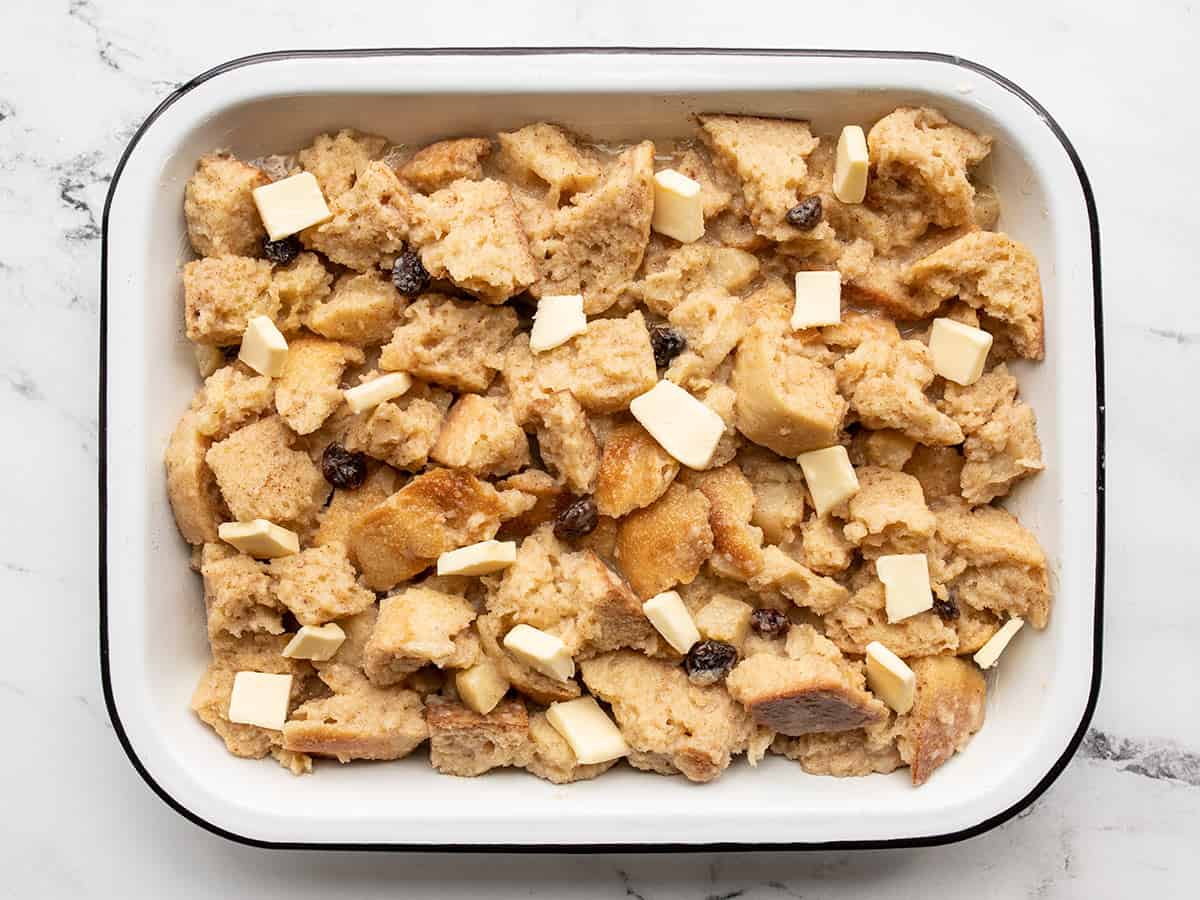 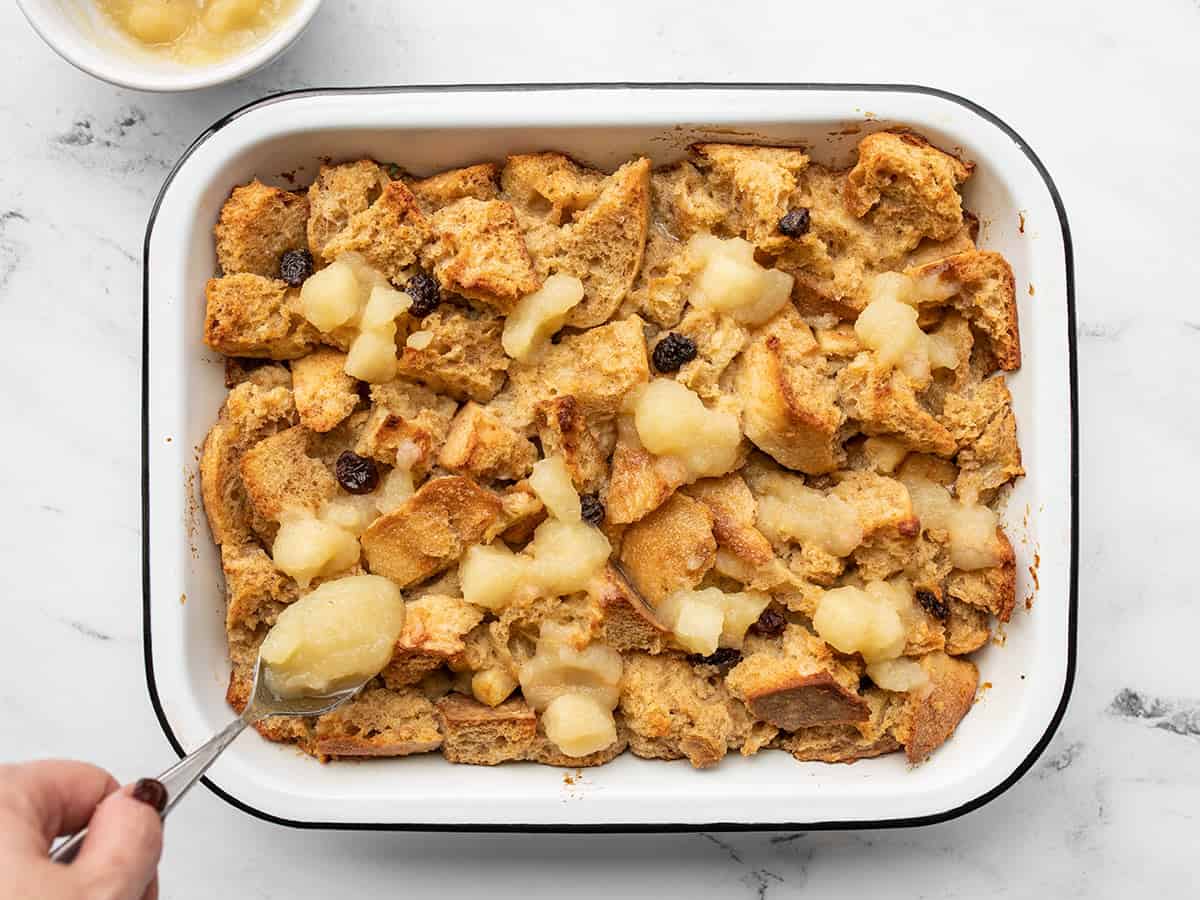 Bake the bread pudding in the 325ºF oven for about 45 minutes, or until it’s brown and crispy on top and the internal temperature reaches 160ºF. After baking, spoon the remaining ½ cup applesauce over the top. 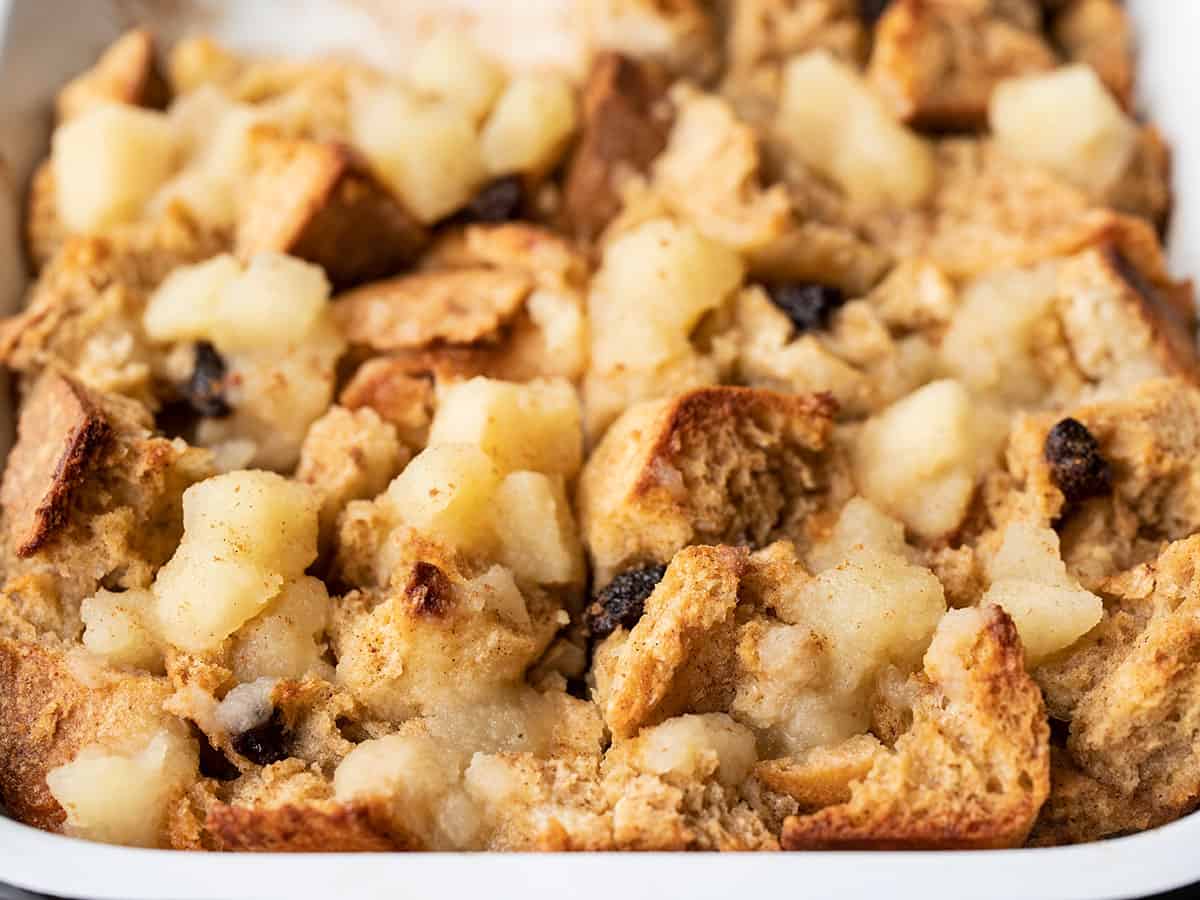 Cut into six pieces and serve warm with a drizzle of maple syrup or a sprinkle of powdered sugar on top! 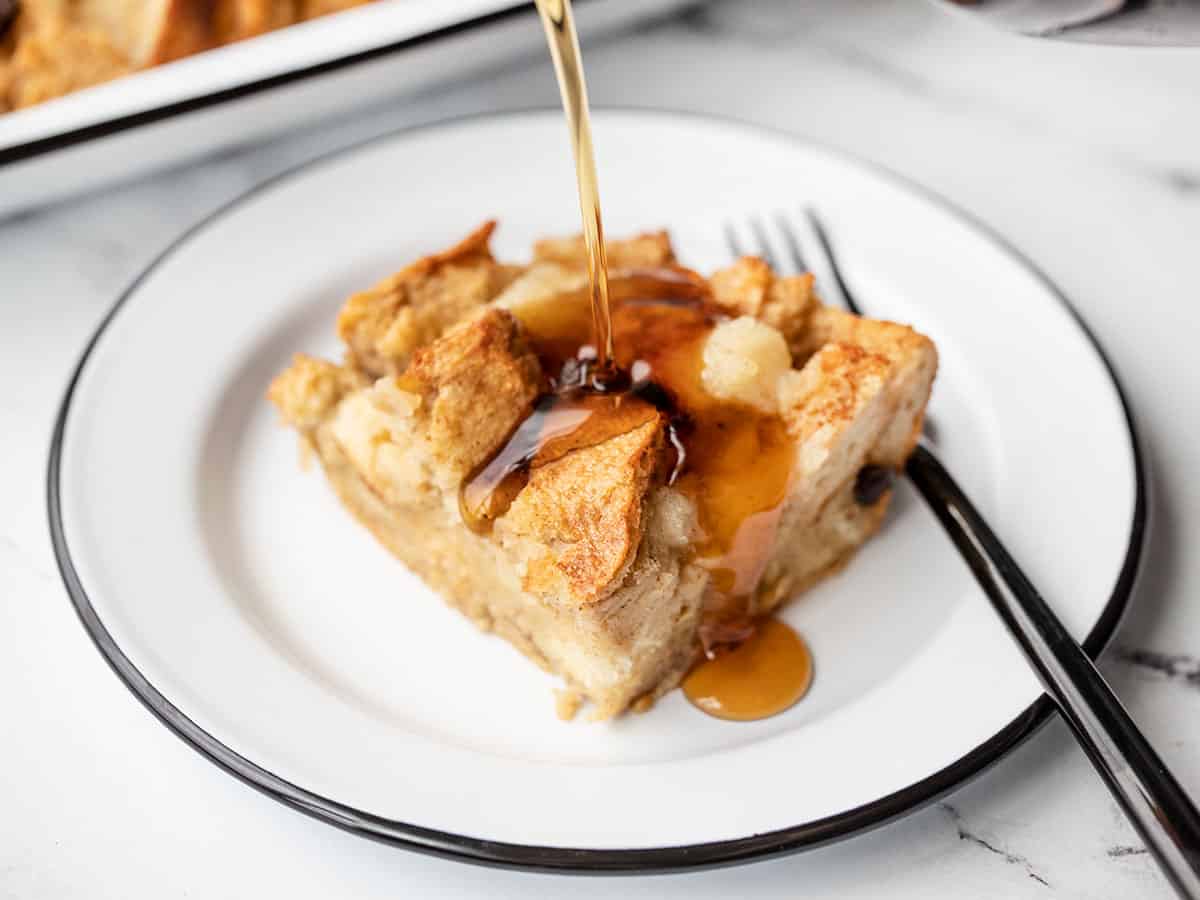 Try These Other Sweet Breakfast Ideas