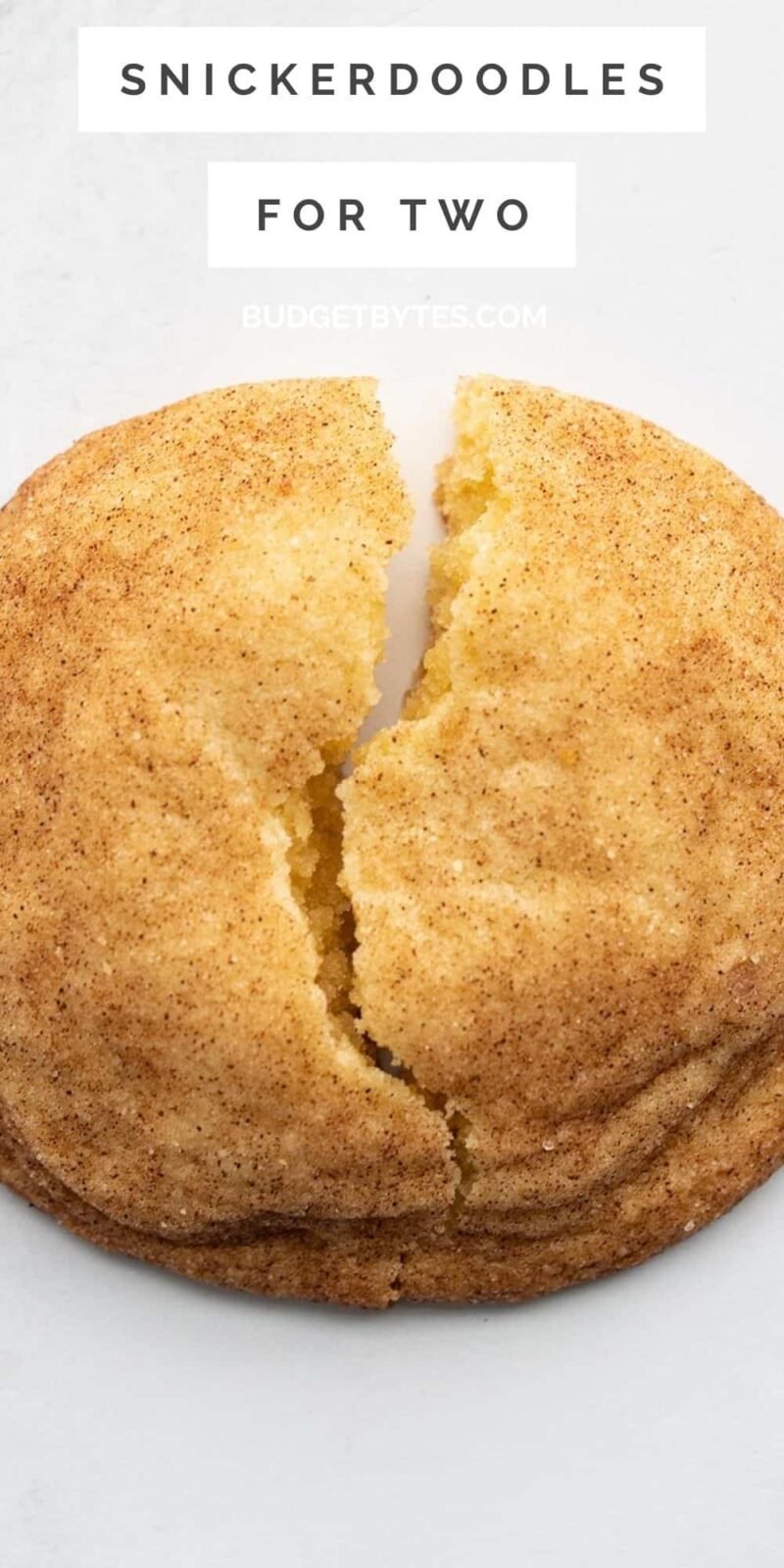 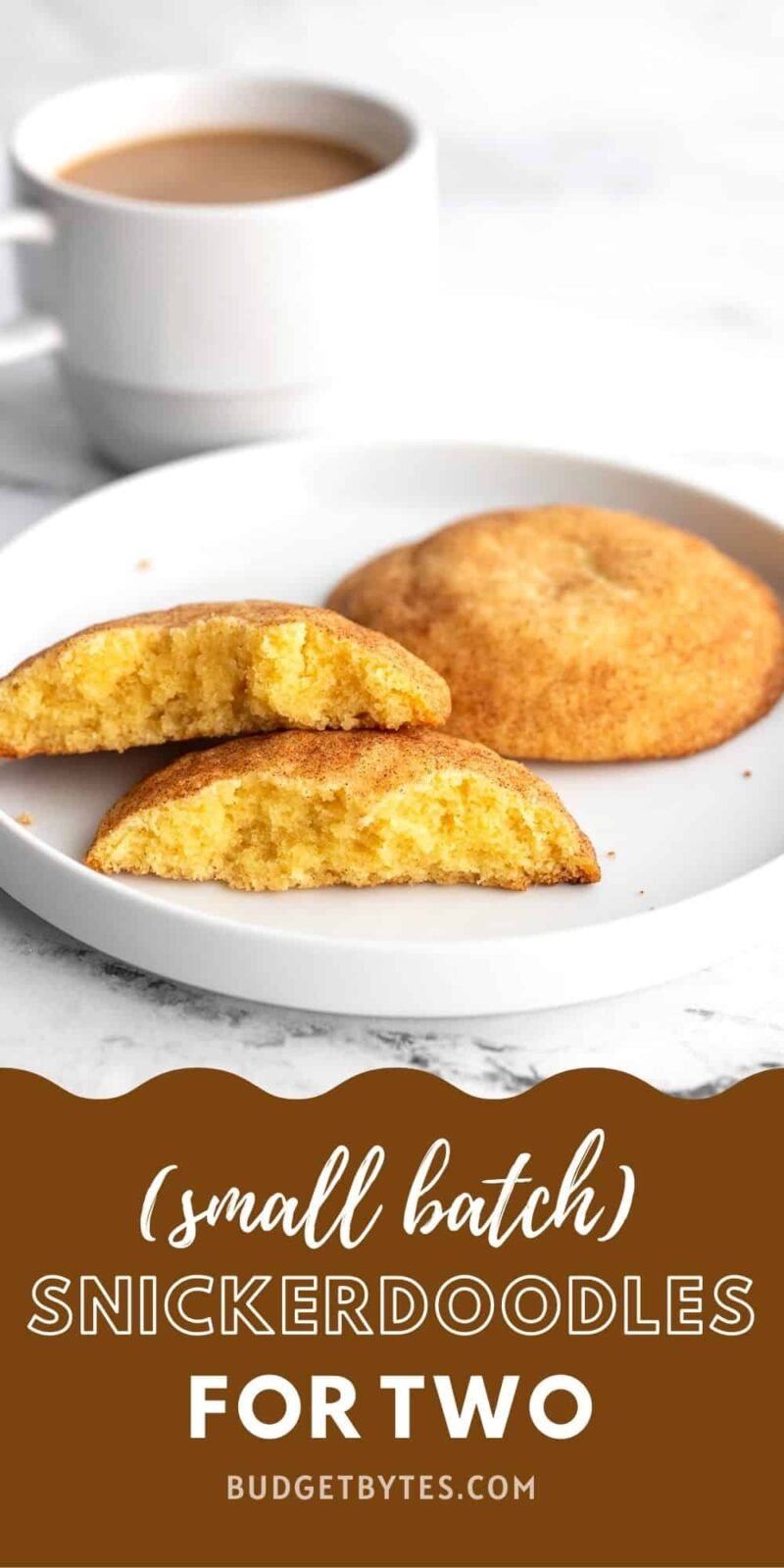 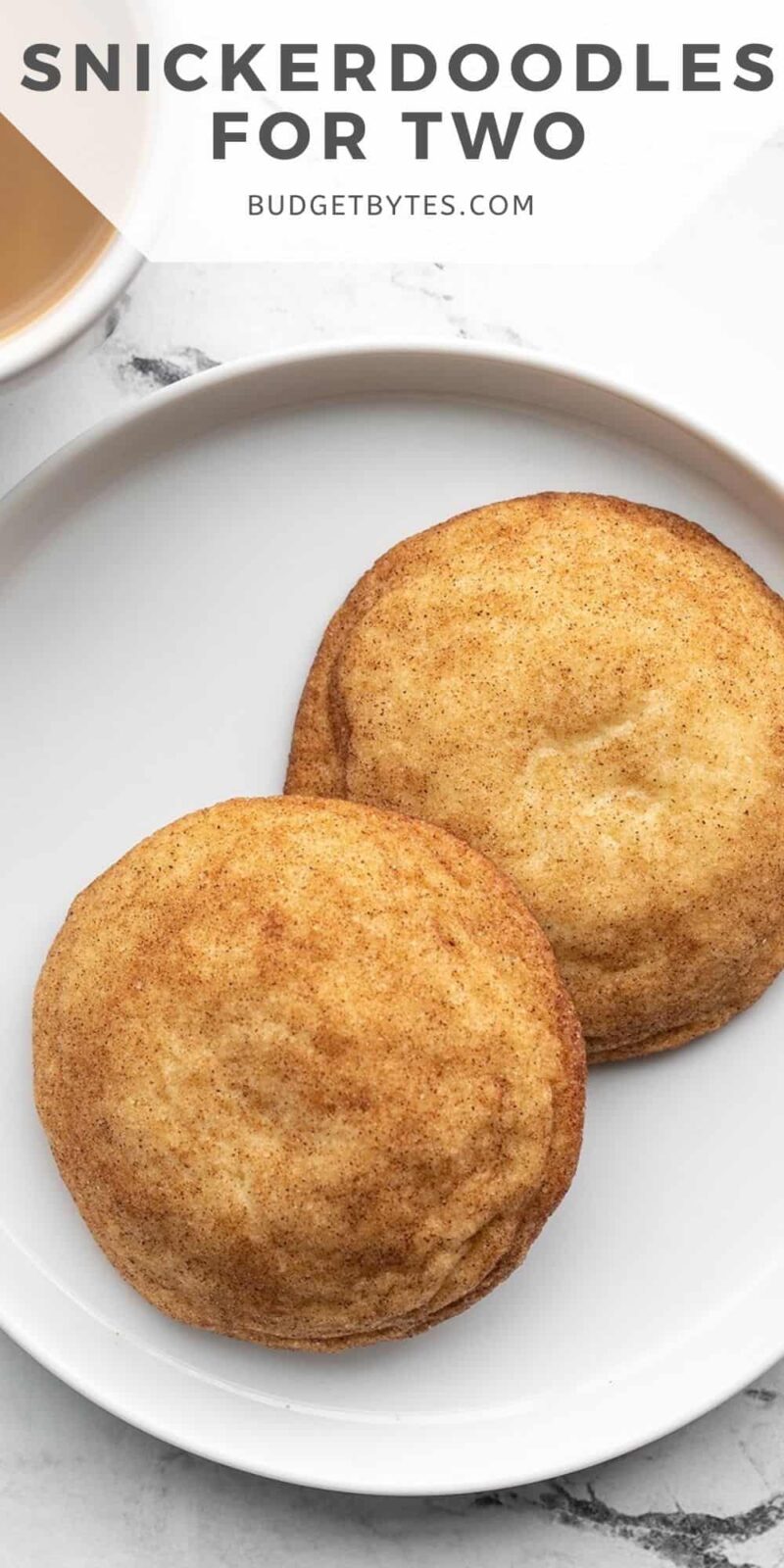 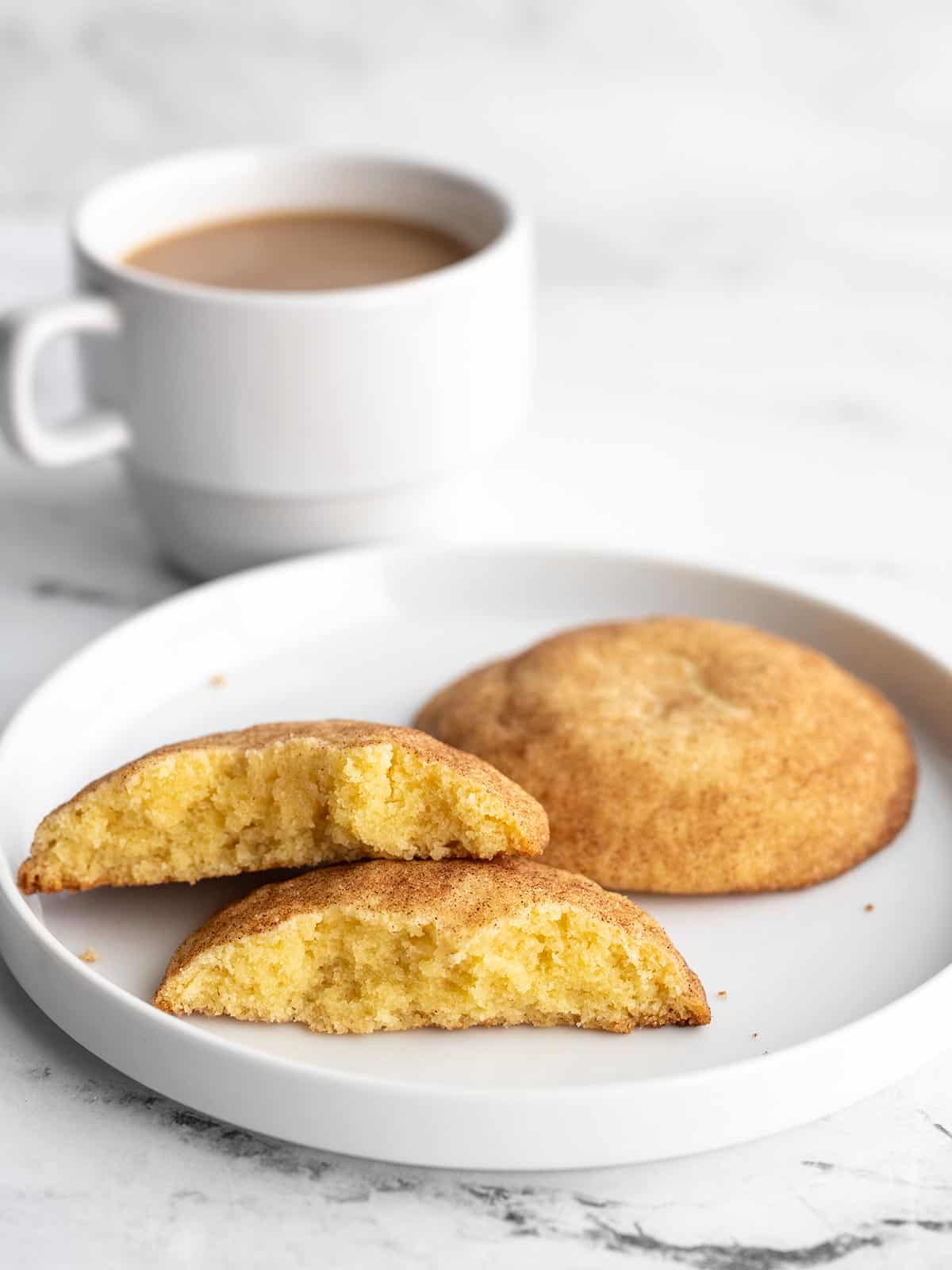 If you haven’t experienced the heaven that is a snickerdoodle cookie, allow me to attempt to translate their deliciousness into words. They’re soft, slightly chewy, rich, not too-too sweet, and they have a warm and cozy cinnamon-sugar coating. They’re simple, delicious, and perfect for dunking in a cold glass of milk or a hot cup of coffee. They’re also incredibly easy to make, especially when you’re preparing a super small batch, like this. You can have these cookies made and ready to enjoy in about a half-hour!

As mentioned in the introduction, this recipe makes two LARGE cookies. Like the type of big gourmet cookies that you’d get at your local cafe or cookie shop. If you want to make regular-sized cookies, just divide the dough into four portions instead of two and bake for a few minutes less. But personally, I think the big cookies are kind of fun. :)

Where’s the Cream of Tartar?

Snickerdoodles traditionally use a combination of baking soda and cream of tartar as a leavening agent. The cream of tartar, or tartaric acid, gives the cookie a subtle tart flavor that snickerdoodles are known for. For our small batch recipe, we used baking powder for leavening, which is actually just a premixed combination of baking soda and tartaric acid. A traditional snickerdoodle recipe might have slightly more cream of tartar than what is contained in the baking powder here, but when the recipe is scaled down this far the difference isn’t noticeable. Shortcuts for the win! 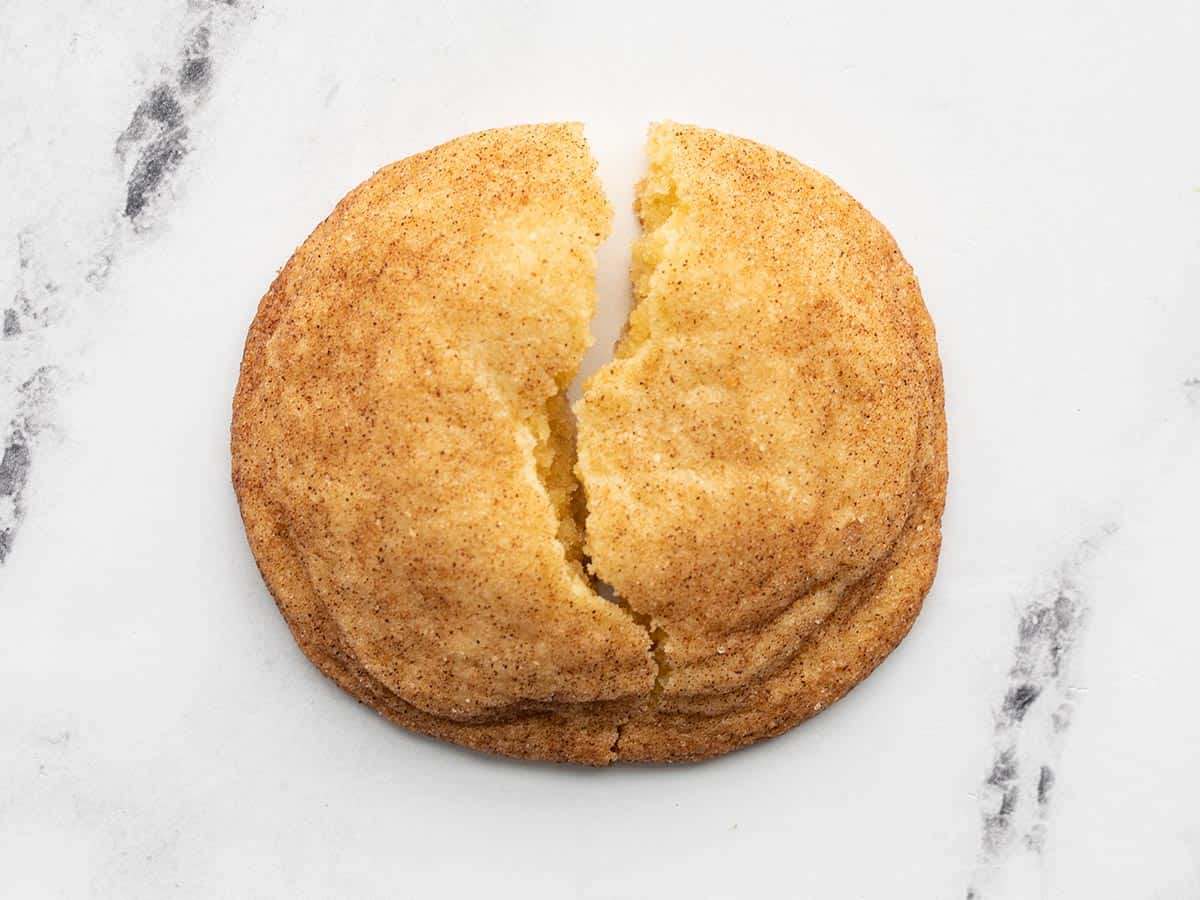 4.84 from 37 votes
This Snickerdoodles for two recipe makes two large cafe-style cookies, perfect for when you want just a little bit of dessert and no more.
Author: Beth - Budget Bytes 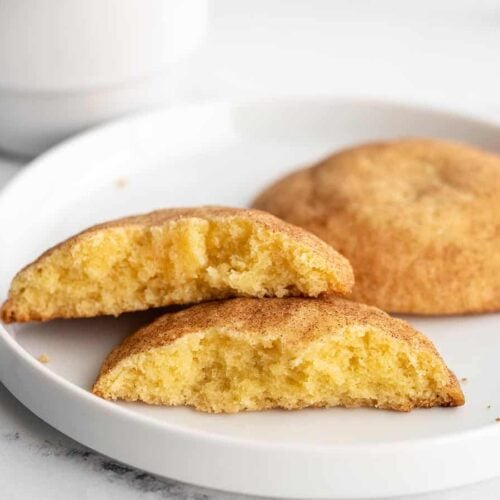 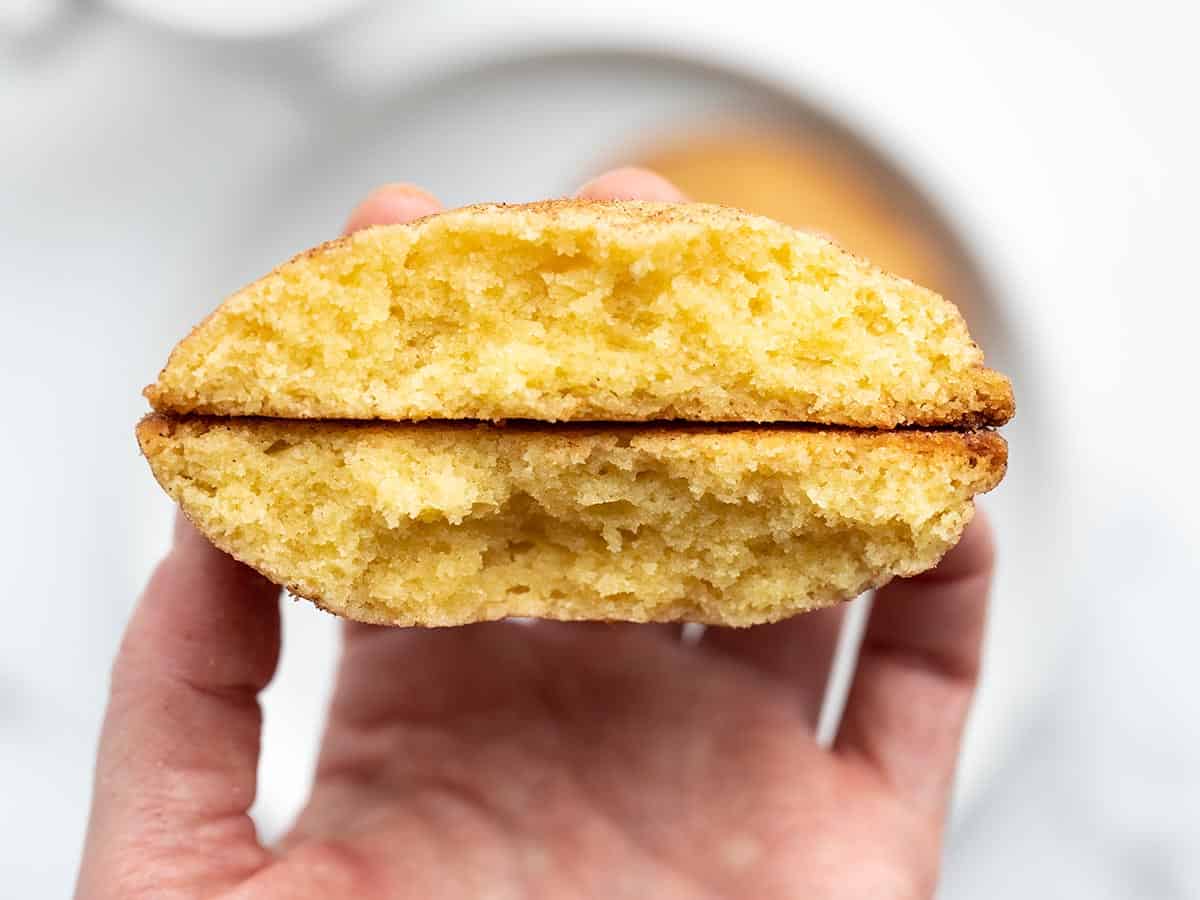 How to Make Small Batch Snickerdoodles – Step by Step Photos 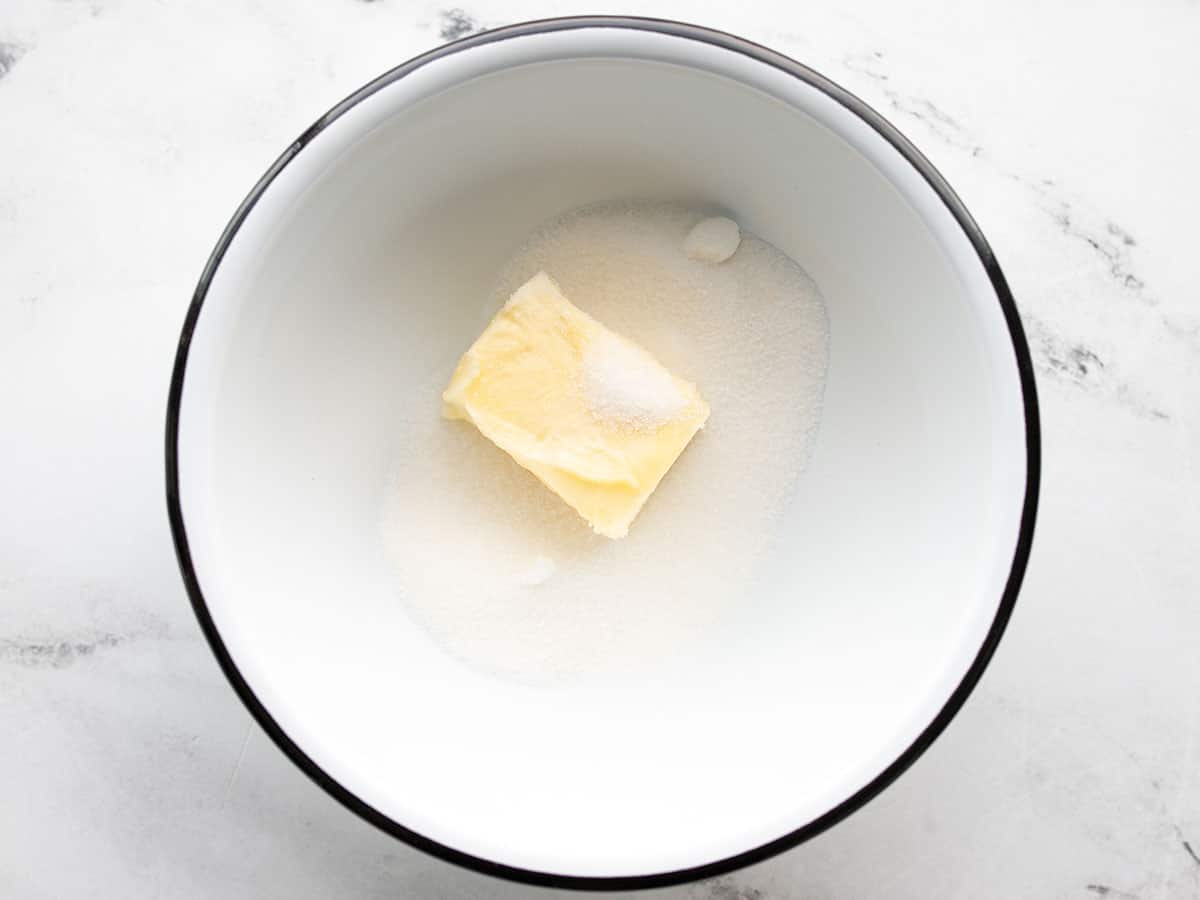 Preheat the oven to 350ºF. Whip together 3 Tbsp room temperature butter and 3 Tbsp sugar. The butter must be room temperature or else you won’t be able to effectively combine it with the sugar. Since this is such a small amount, I just used a fork to “whip” it together the best I could. 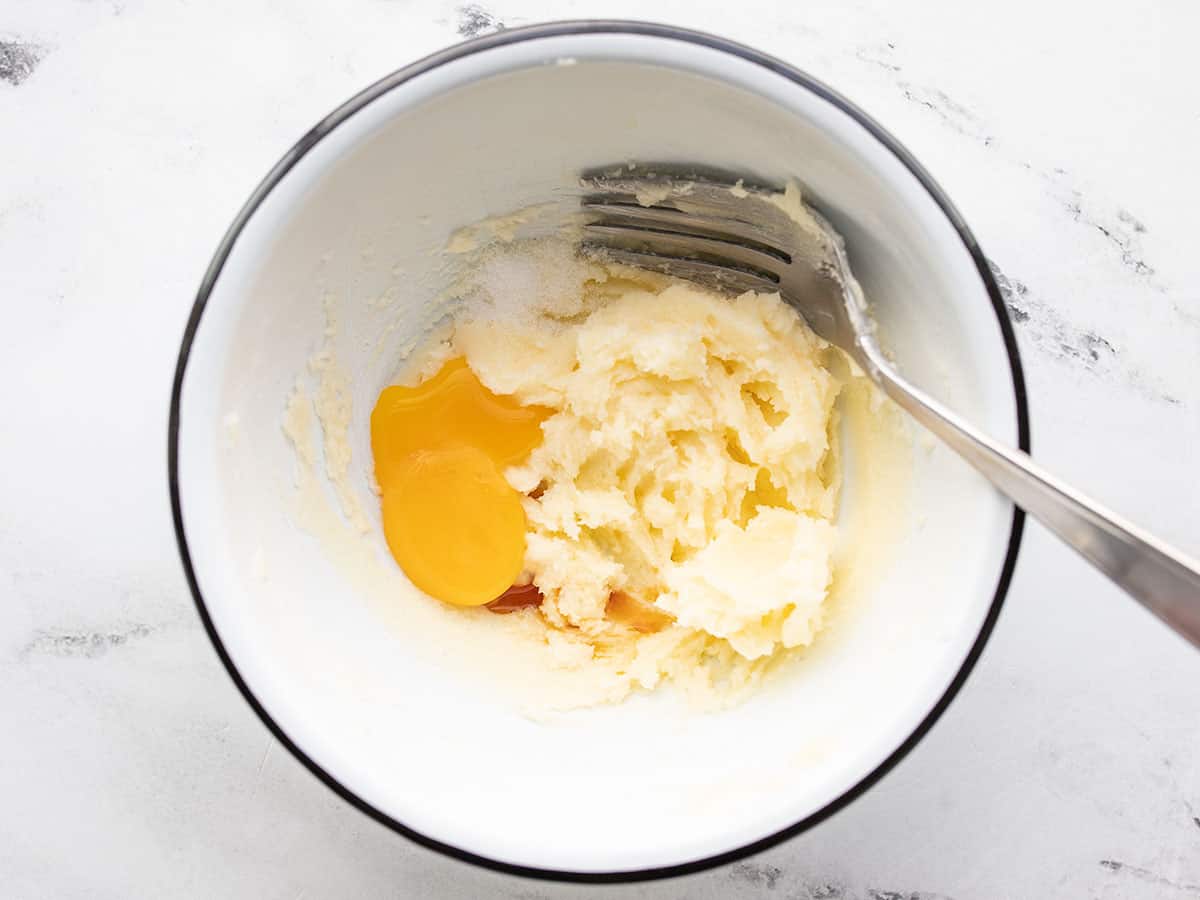 Once the butter and sugar are well combined, add one large egg yolk, ¼ tsp vanilla extract, and ⅛ tsp salt. “Whip” these together with the fork again, this time continuing to whip until the mixture is light and creamy (it will be much easier to whip once the yolk and extract are added). 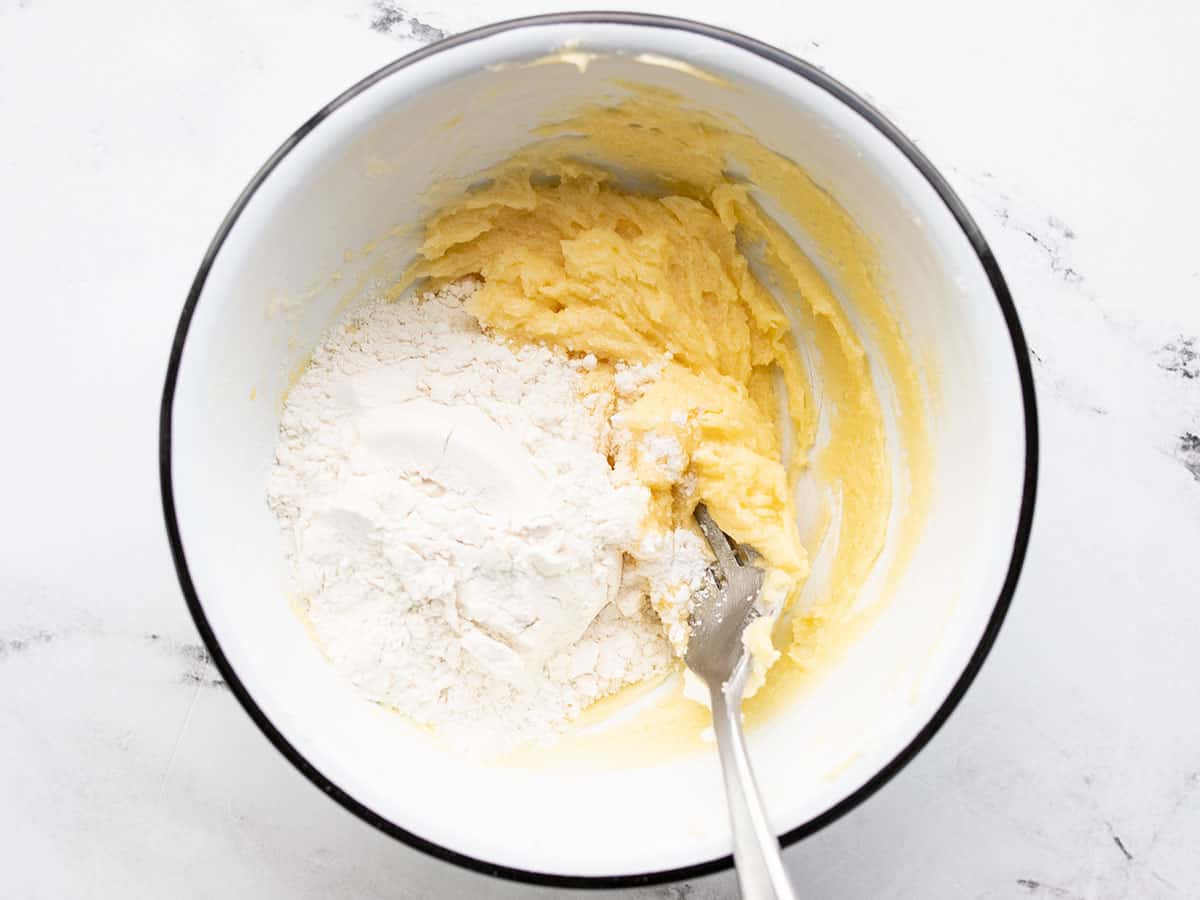 Finally, add ½ tsp baking powder and ⅓ cup all-purpose flour to the bowl. Use the fork to mix the ingredients together until they form a soft cookie dough. 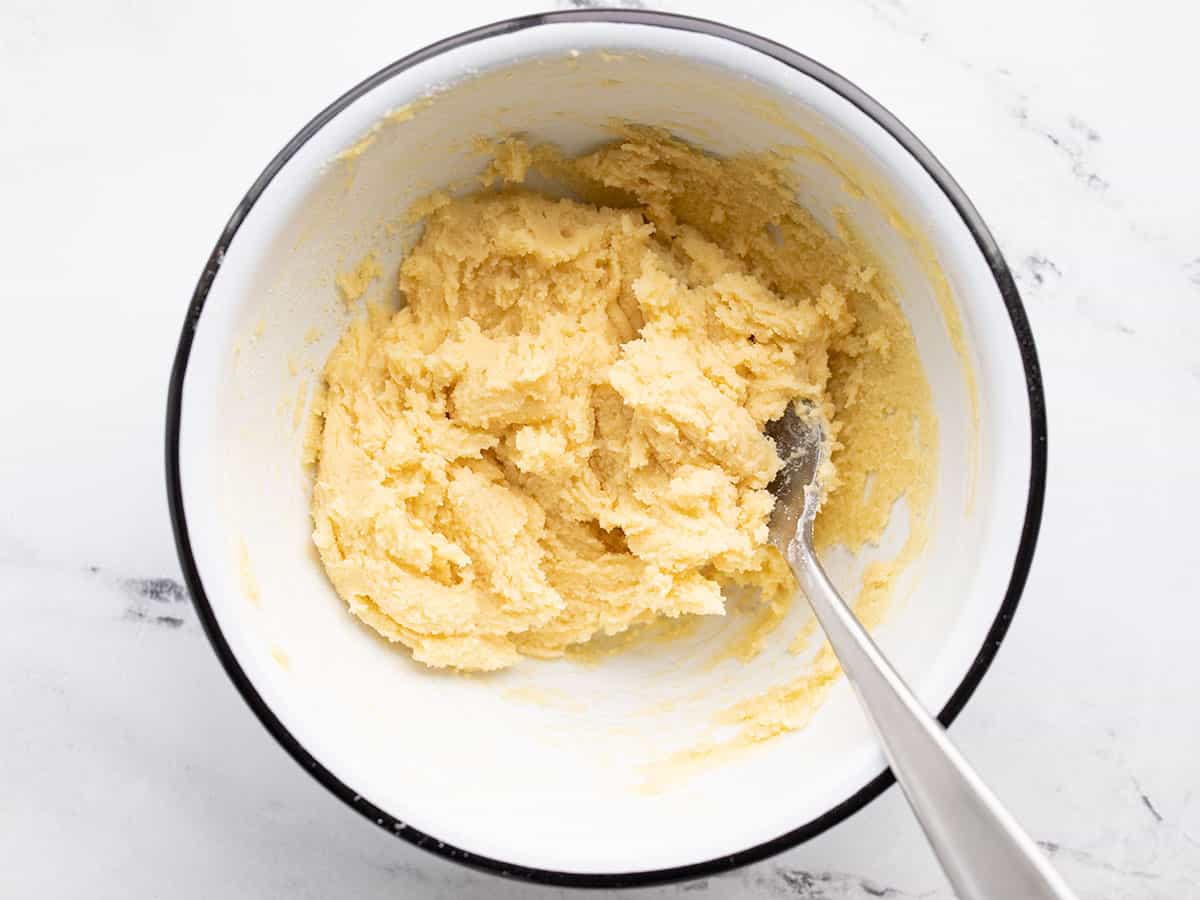 This is what the cookie dough should look like. It’s very soft. Use your hands to divide the dough into two (or four, if you prefer) and roll each portion into a ball. 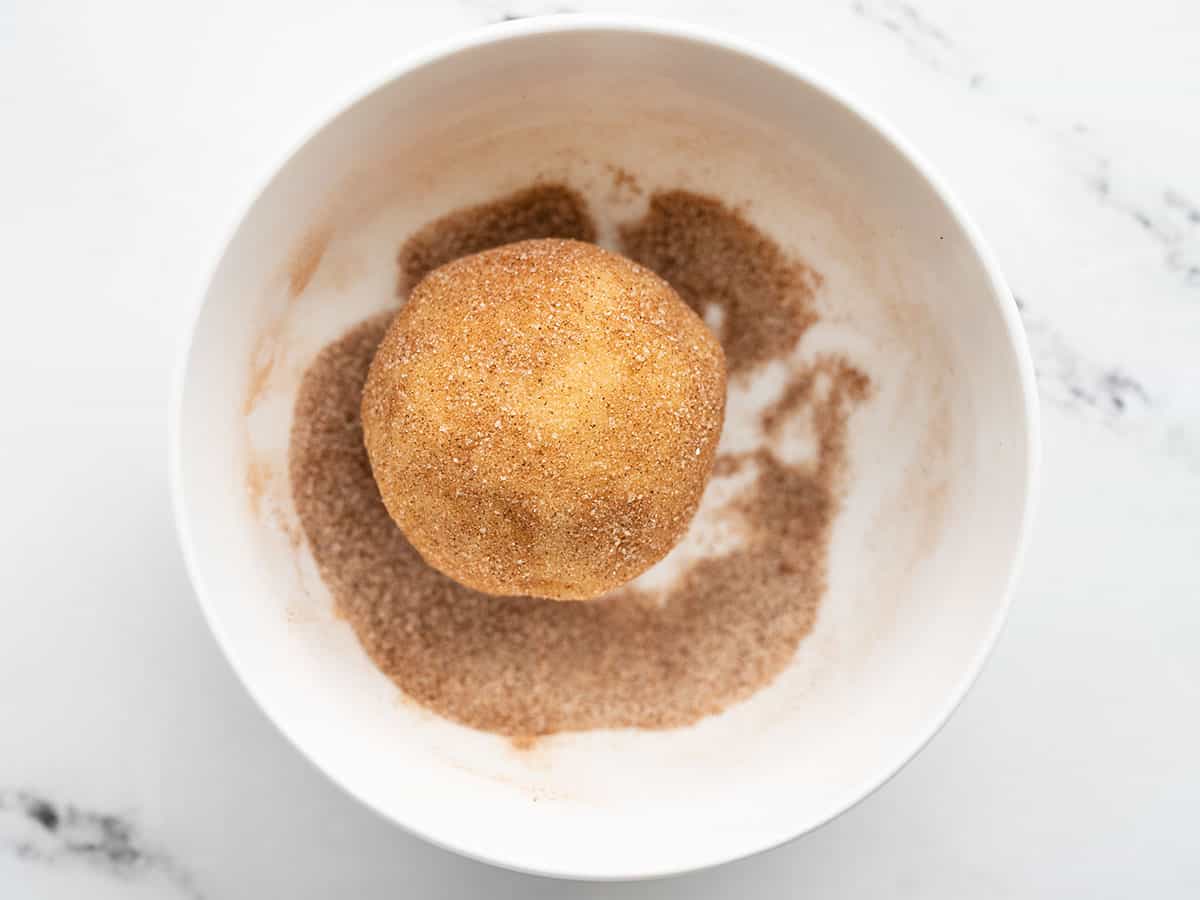 In a separate small bowl, combine 1 tsp sugar and ¼ tsp cinnamon. Roll each cookie dough ball in the cinnamon-sugar mixture until it is fully coated. 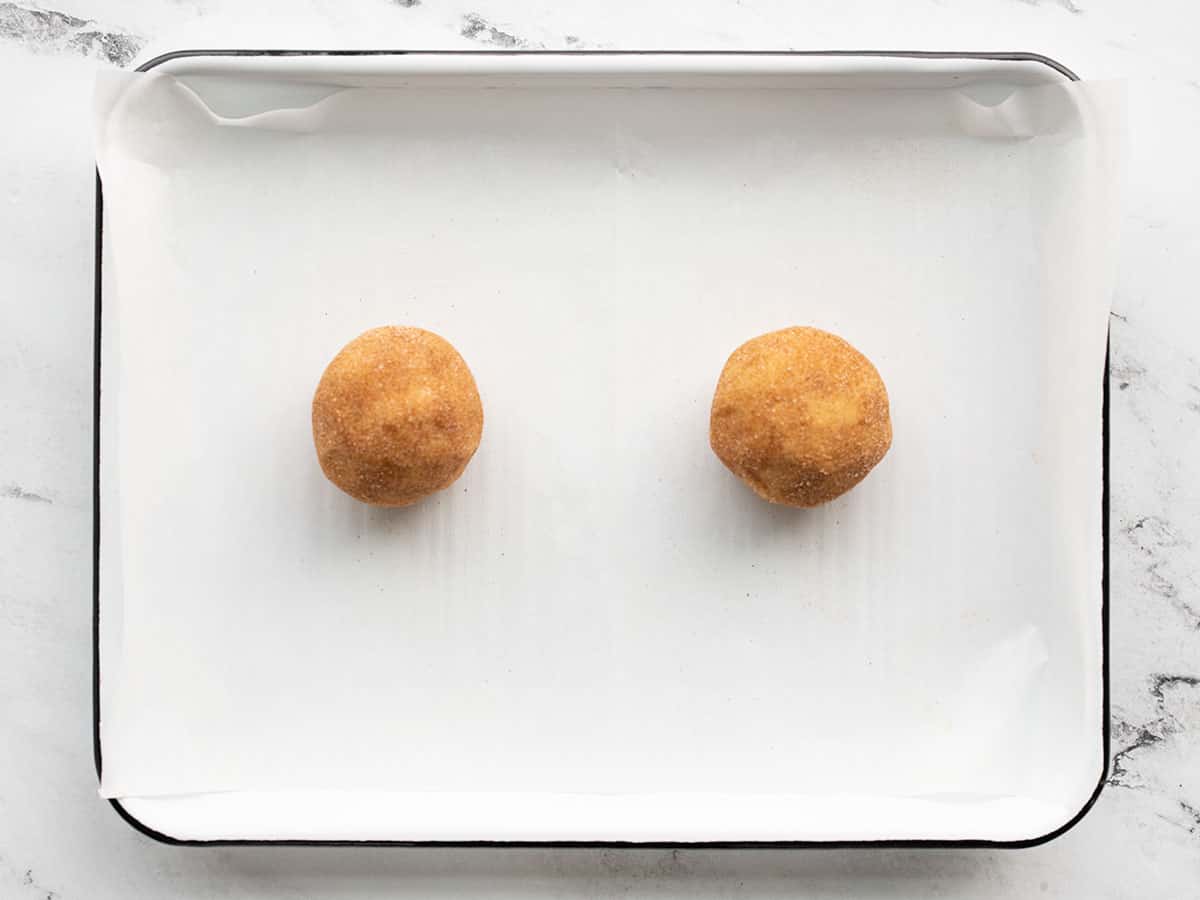 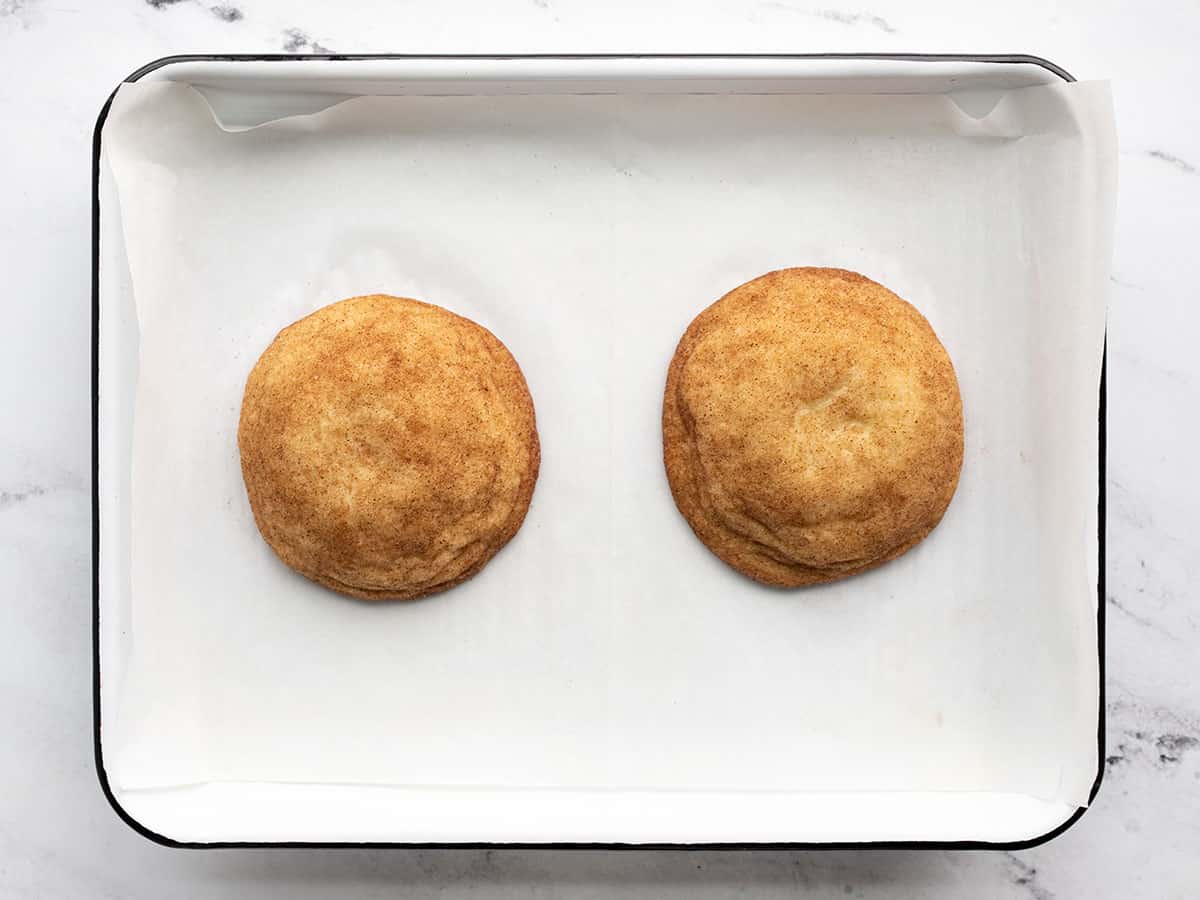 Bake the snickerdoodles in the preheated 350ºF oven for 15 minutes, or until they’re mostly flattened, the edges are golden brown, and the tops might appear slightly cracked. 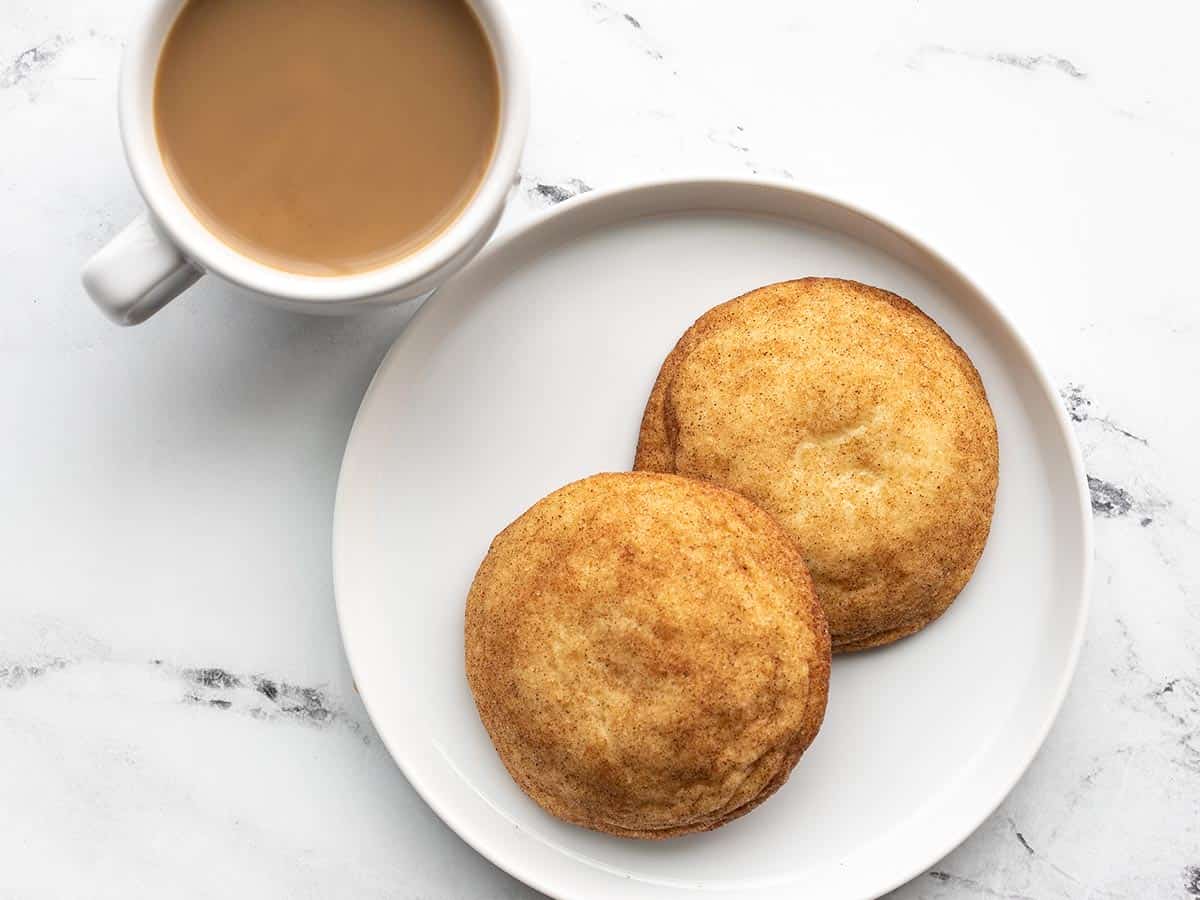 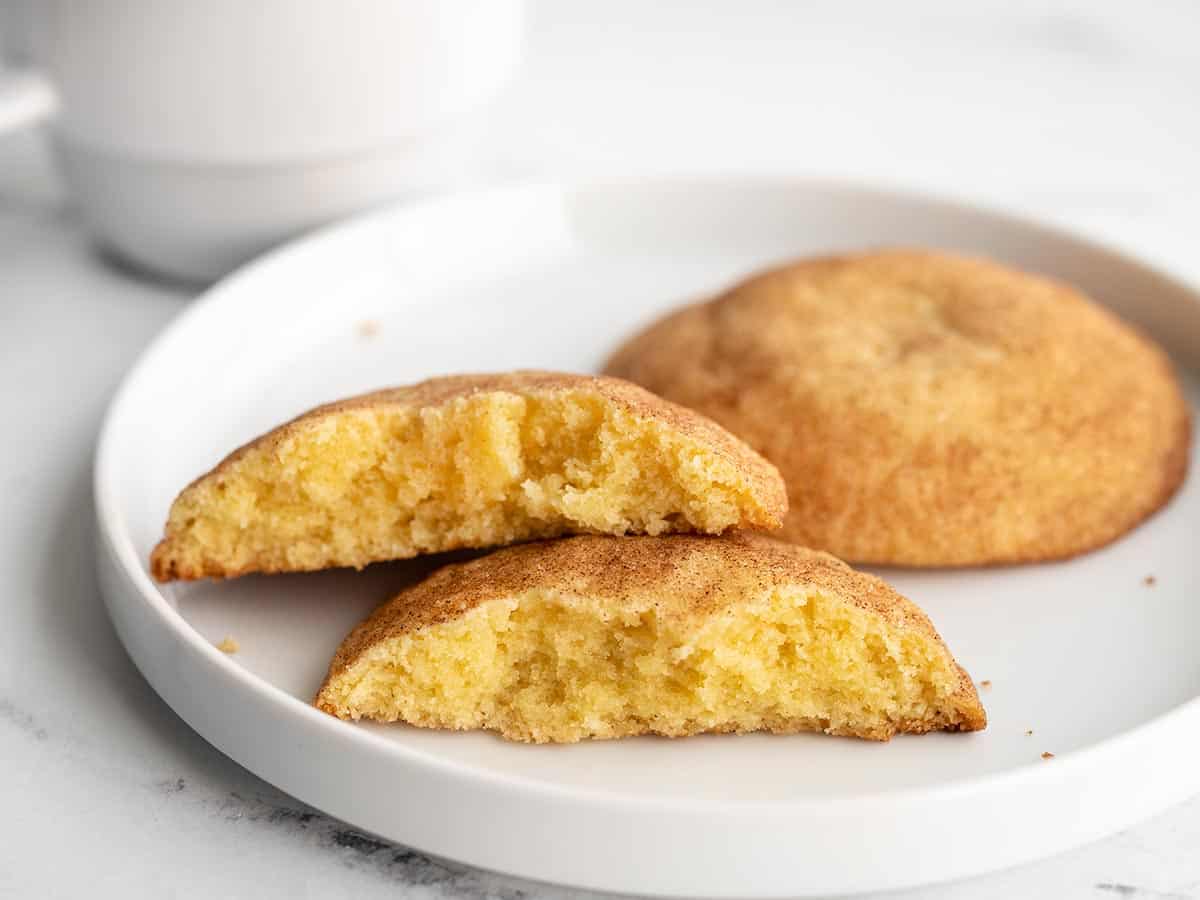 Posted in: Dessert Recipes, Recipes under $3, Under $1 per serving, Vegetarian Recipes