Happy Fourth of July! I know most of you are out having burgers and beer (and I’m about to myself), but I had this Ham & Potato Frittata recipe waiting in the queue, so I thought I’d post it real quick…

I love frittatas because you can put just about any filling in them that you want. I’ve added thinly sliced potatoes to this frittata, which creates an awesome texture and makes it extra filling for very little cost. I threw in some ham for good measure, although you could always add some crumbled bacon or extra veggies. I went light on the cheese for this frittata so that it wouldn’t be so heavy, but if you like cheesy you could always add some shredded cheese to the top or mixed into the eggs. Either way: NOM.

I’ve been reheating slices of this in the microwave all week for breakfast (excellent with some sriracha!), and I also tried freezing and reheating a slice. It survived the freeze/reheat cycle well (microwaved straight from the freezer until hot)! Egg dishes like this always seep a little water upon reheating, but I still found it to be quite delicious and satisfying. Just make sure not to over cook the eggs to begin with and you’ll be good.

So, have fun tonight and be careful with those fireworks… cooking is a lot more difficult when you’re missing half of your fingers! 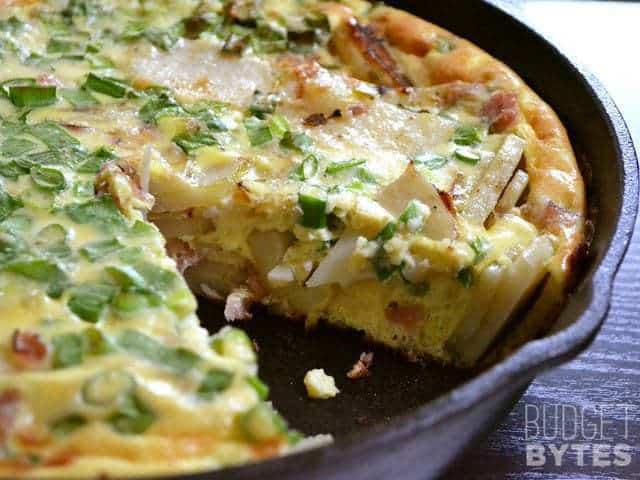 4.60 from 10 votes
Potatoes, eggs, and ham, this frittata is all of your breakfast favorites in one dish. Filling and flavorful on a dime.
Author: Beth - Budget Bytes 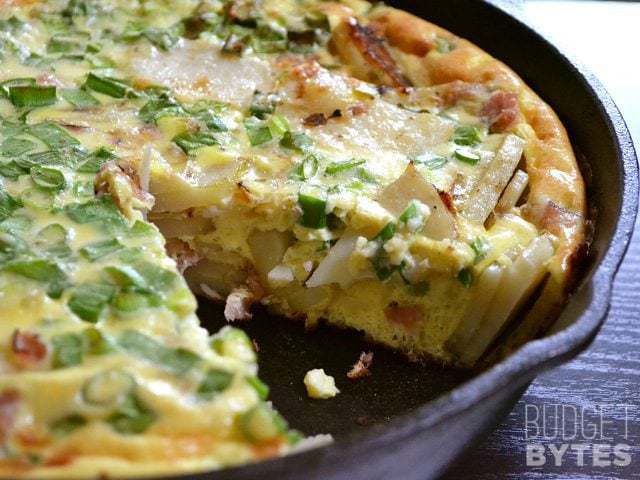 The cooking time in the oven will depend on several factors including the thickness/size of your skillet and how cooked the eggs were prior to transferring the skillet to the oven. Keep an eye on it and start checking for doneness at 15 minutes. 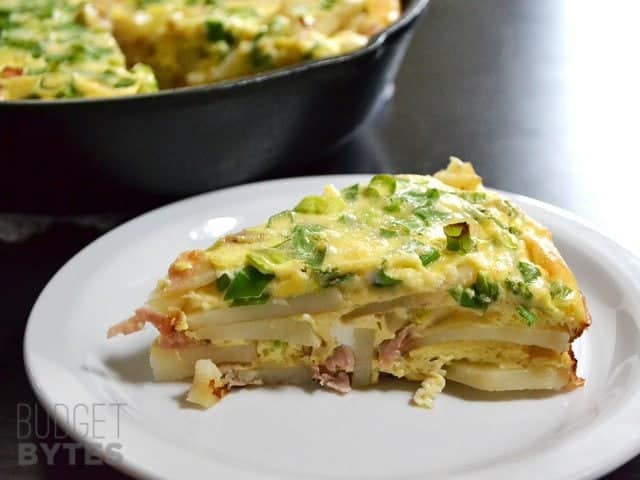 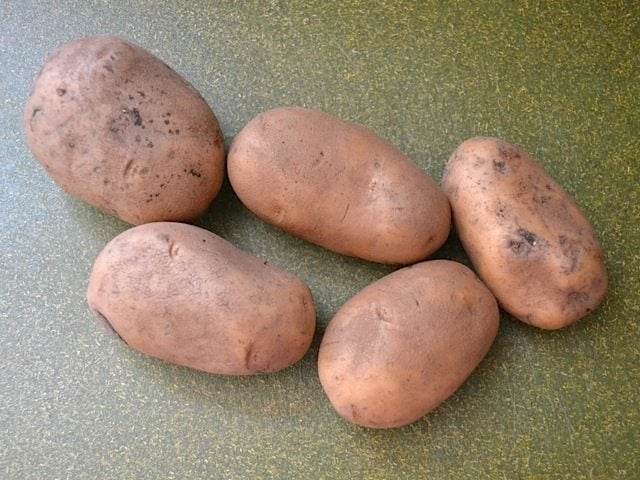 I used about 2 pounds of potatoes, or just under half of my 5 lb. bag. I chose Russet potatoes, although I think Yukon Gold would also work well. 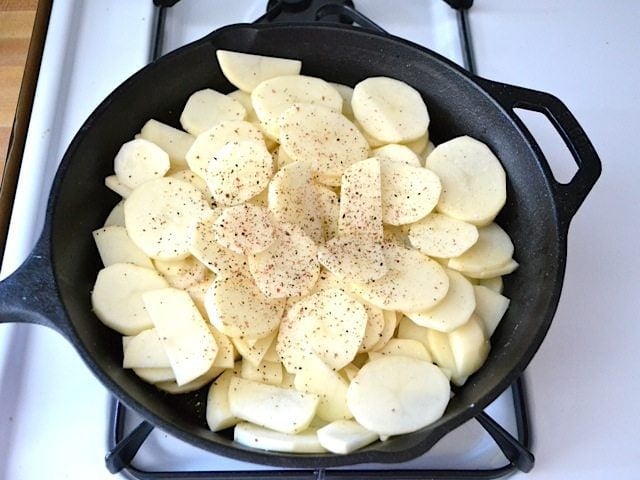 Wash, peel, and thinly slice the potatoes. Heat the olive oil in a large oven-safe skillet over medium heat. Season the potatoes with salt & pepper. Cook the potatoes in the skillet for about ten minutes, only stirring occasionally (this gives the bottom layer time to brown). Also start preheating the oven to 400 degrees. 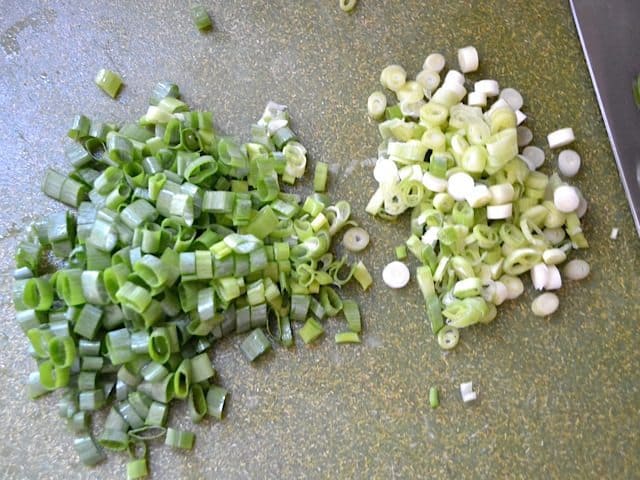 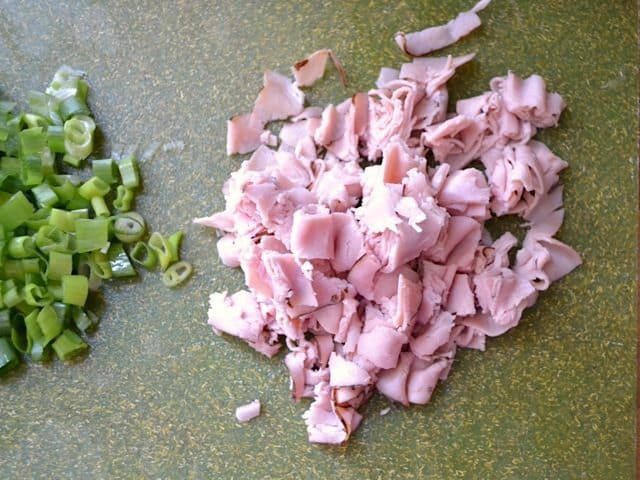 Also roughly chop the deli ham and add that to the skillet as the potatoes cook. 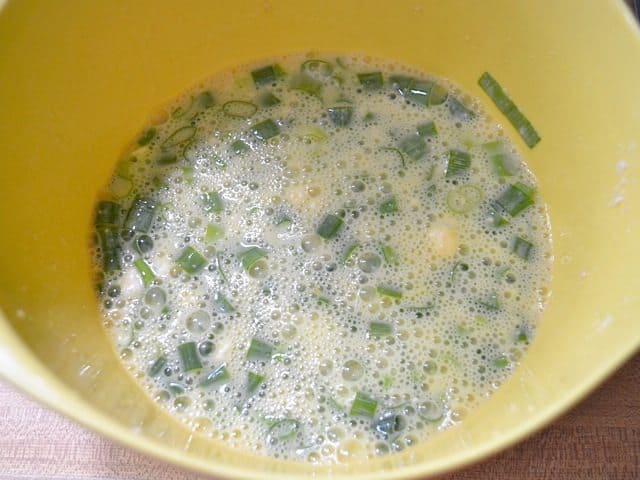 Whisk together the eggs, milk, and parmesan cheese. Once those are whisked together, stir in the green ends of the green onions. 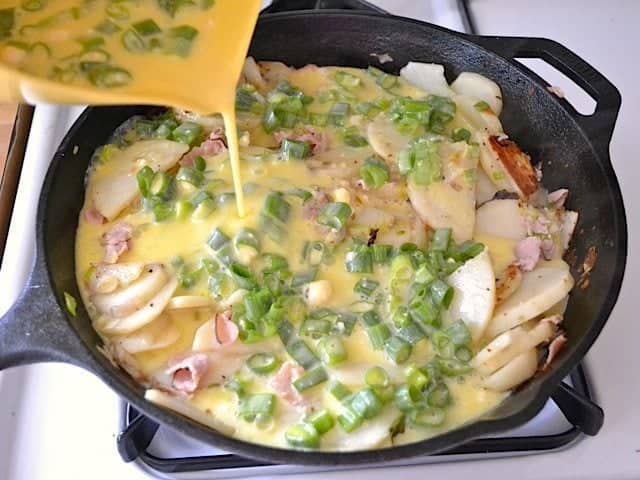 After about ten minutes in the skillet, the potatoes should be tender, but not really falling apart. They’ll also be nicely browned in spots. Pour the egg mixture into the skillet, making sure to evenly cover the potatoes. 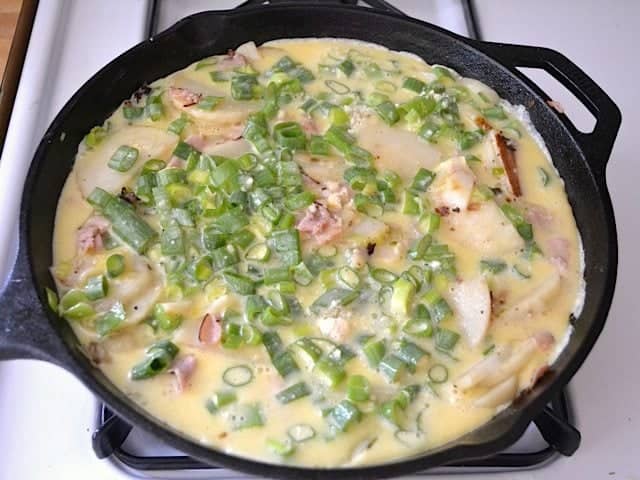 Let the skillet continue to cook for one-two minutes more, or until the eggs are set around the edges, then transfer the skillet to the oven (make sure you’re using an oven safe skillet). 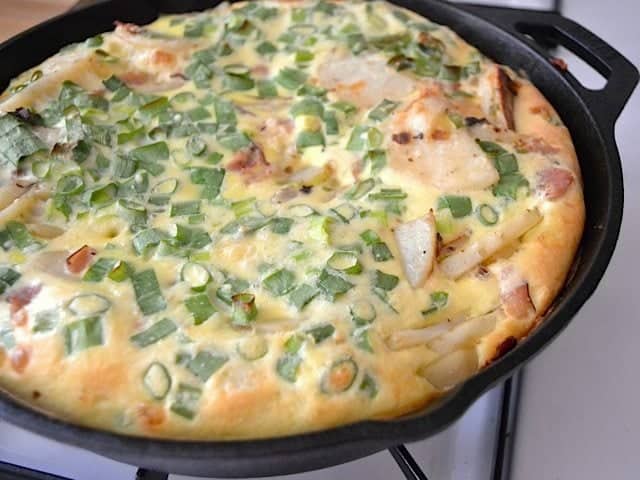 Bake the frittata for about 20 minutes or until the edges are all puffed up and the center is no longer liquid. You want the center to be firm, but still very moist. Allow the frittata to sit for five minutes before slicing and serving.

So filling, so good, and so inexpensive!