Things are a little tight this month so I made a resolution to use up all (or a lot) of the food that I have in my pantry and freezer. Sure, I should always be doing this anyway but exciting recipes always seem to entice me into trying (and buying) new things.

Anyway, I have two huge bags of lentils (a.k.a. “dal”) sitting in my pantry that have been waiting for their day in the spot light. I saw this recipe for Dal Nirvana over on Steamy Kitchen and it looked so scrumptious that I had to try it. The best part is that the ingredient list is mostly items that I already have. Indian recipes are tricky because they usually include ingredients that I don’t have nor have I ever heard of! This recipe, on the other hand is different. It’s simple, it’s delicious, it’s super filling and I’d happily eat it every day.

I served the Dal with some simple, steamed jasmine rice and homemade naan (Indian flat bread). The recipe for the naan will be up in a couple of days… it turned out AMAZING! 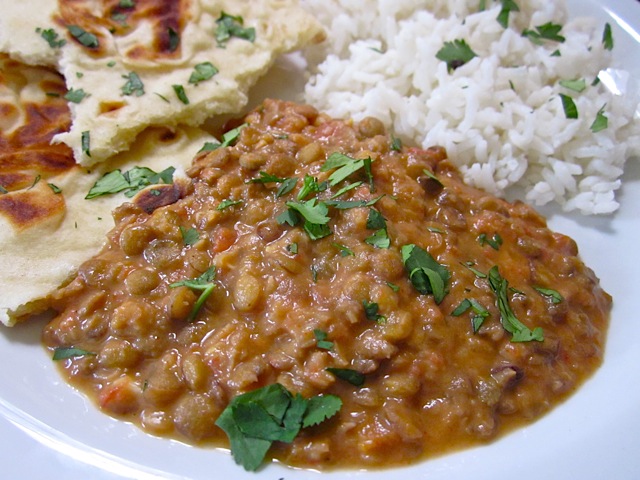 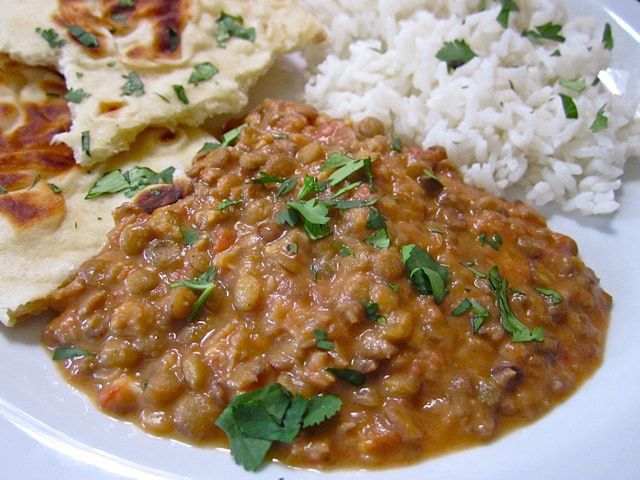 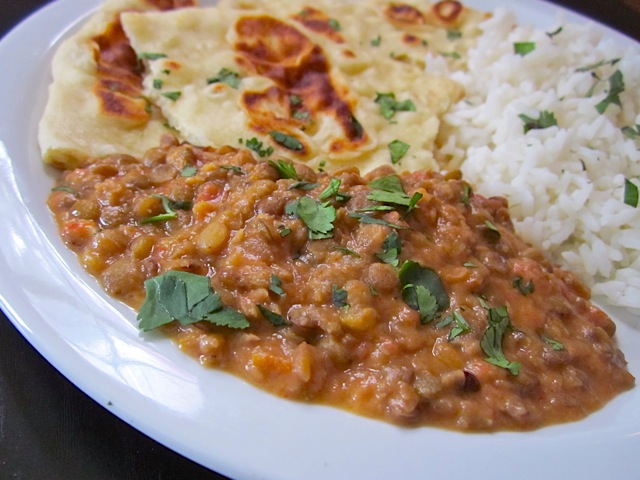 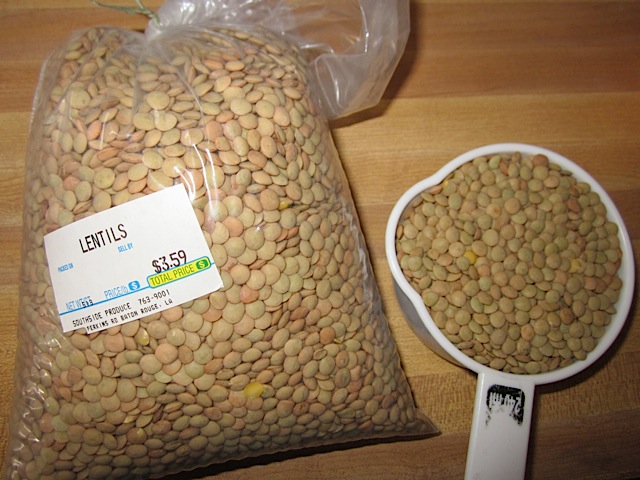 I have this huge bag of brown lentils so that is what I used. Black lentils were used in the Steamy Kitchen recipe so feel free to experiment. 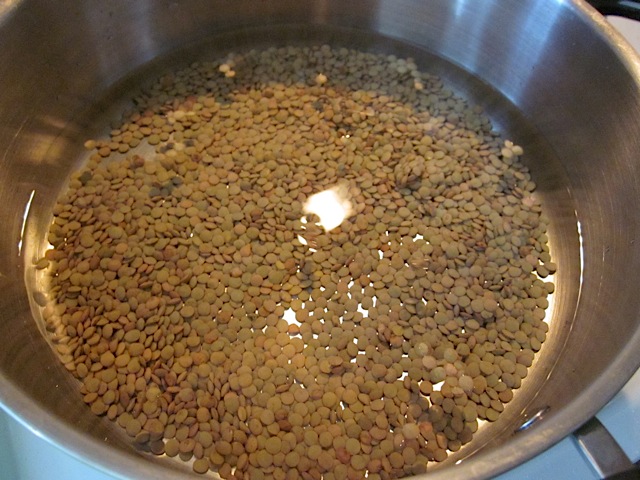 Place the lentils in a pot and cover with two inches of water. 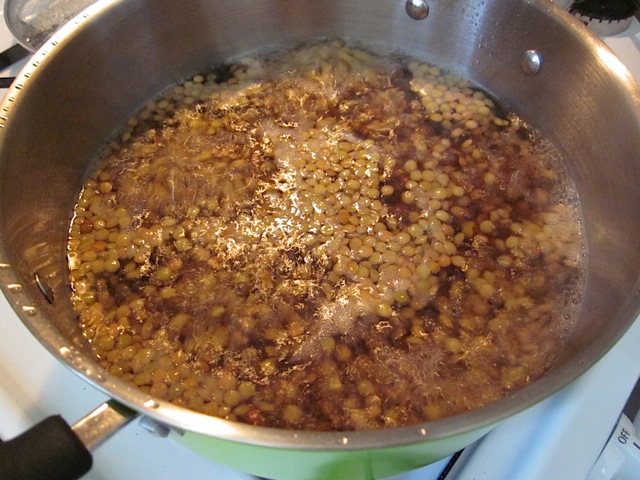 Bring the pot to a boil over high heat. Boil until the lentils are soft (about ten minutes). 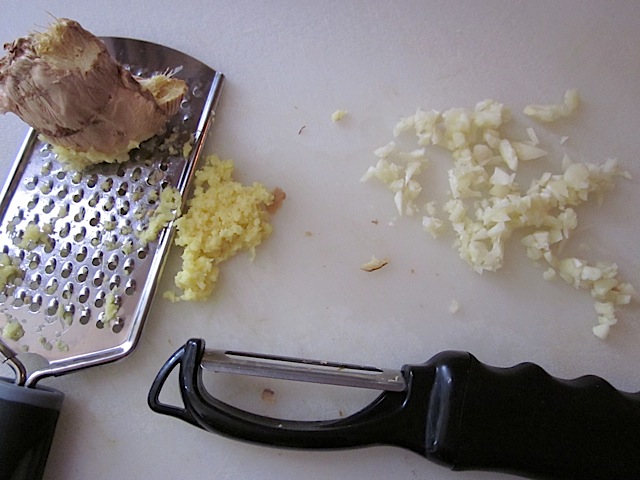 While the lentils boil, mince the garlic, peel and grate the ginger. 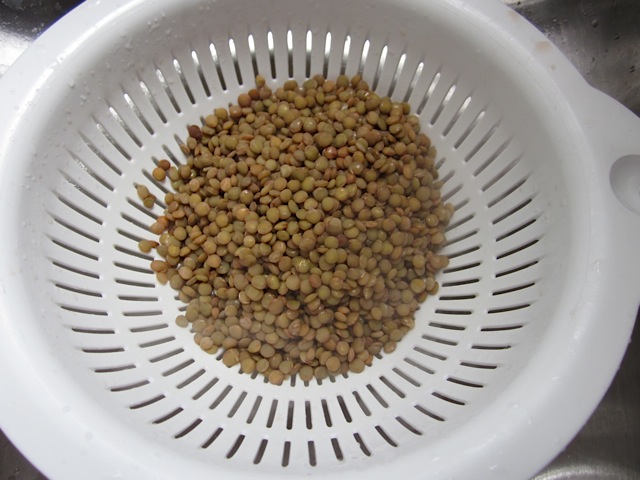 Drain the lentils then return them to the pot (reduce heat to medium). 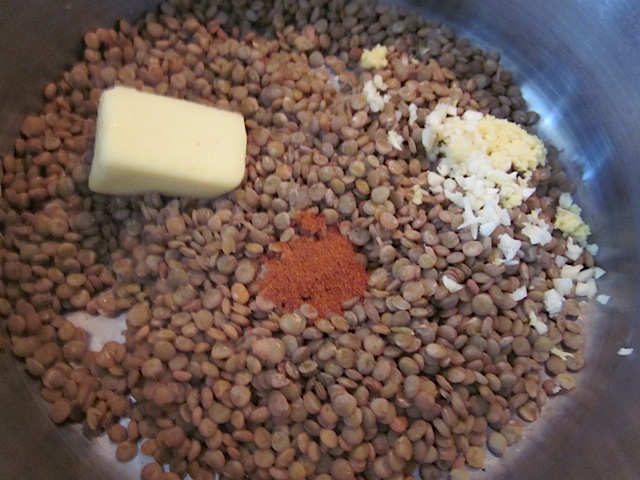 Add the butter, garlic, ginger, cayenne, cumin, salt and pepper. Stir it on up. 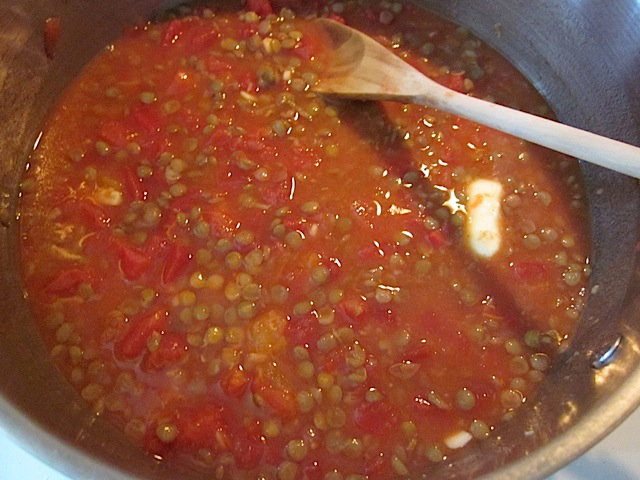 Add the can of crushed or diced tomatoes, one cup of water and stir it all together. 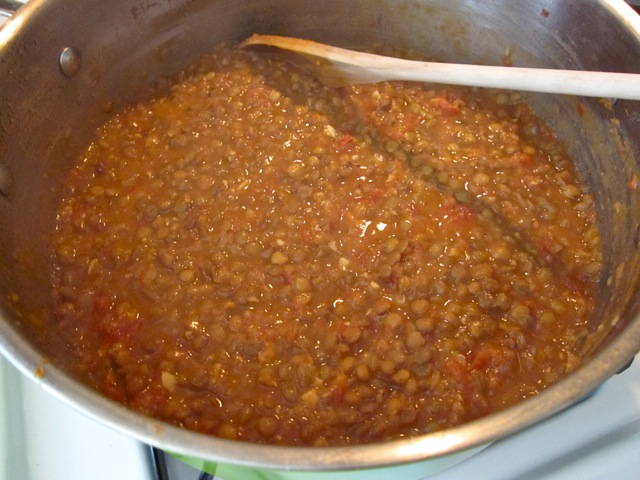 Simmer the mixture with a lid on until it is cooked down to a soft, thick mixture. 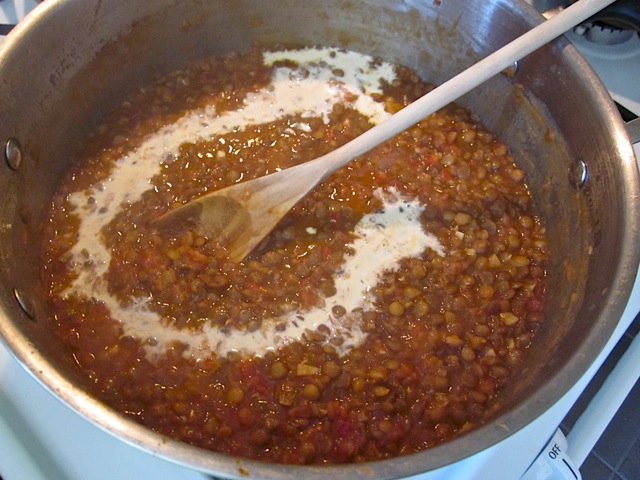 Add the evaporated milk or cream… 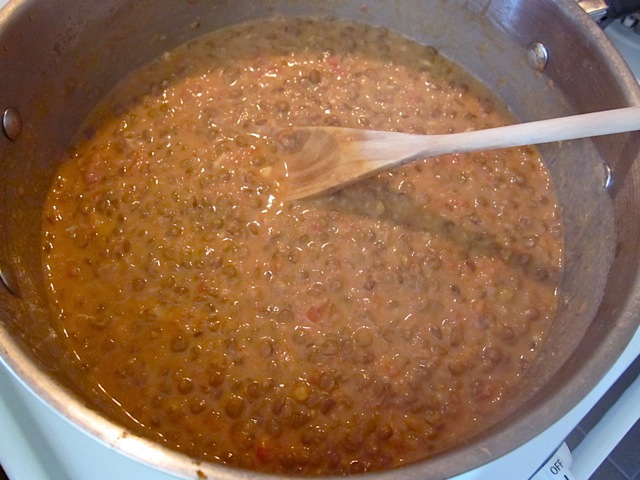 Stir it up, sprinkle with chopped cilantro and serve it up! 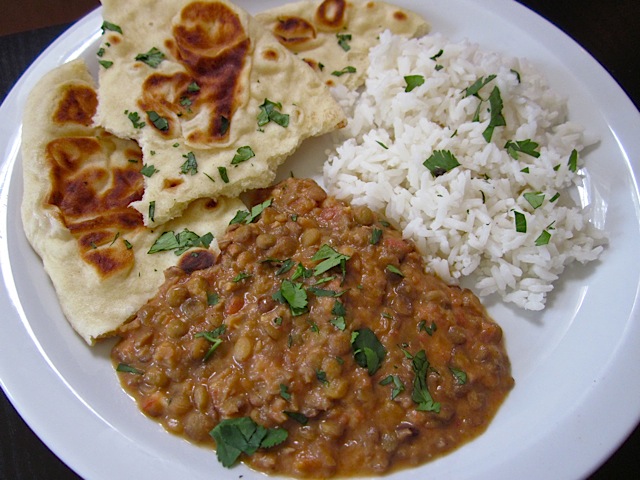 NOTE: I’m sure you could make this recipe for less money than I did. I happened to be near a Whole Foods yesterday so I stopped there to pick up the few ingredients that I didn’t have (cilantro, ginger, cream and diced tomatoes). I may have paid a little more than usual but this recipe is so simple and inexpensive that it was still well worth it.

The Steamy Kitchen version says it serves four but I portioned out my lunches and got six servings out of the pot. Of course, I was serving the Dal with rice and naan which bulked up the meal as a whole.