Oh, I’ve been wanting to make this Coconut Chicken Soup for such a long long time! There are few things that I like more than coconut milk so I just knew this was going to be good. …and there was no “lite” in my coconut milk this time, folks. It was full fat, creamy coconut goodness! Plus, I was really pleased with how simple this soup was to prepare. You pretty much just throw everything in a pot and heat it up. How “soup”er easy! 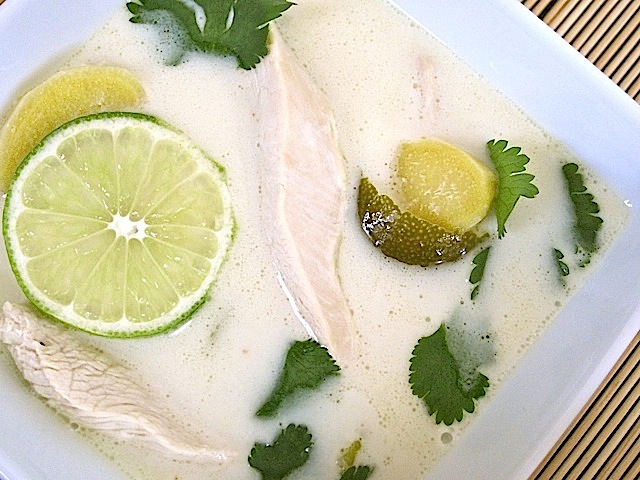 What is Coconut Chicken Soup?

This recipe is basically an Americanized version of Tom Kha Gai, a Thai coconut chicken soup, using ingredients that were easy for me to access. While Tom Kha Gai doesn’t require many ingredients but there are some that can be hard to find if you don’t have an Asian market nearby. So, here are the ingredient substitutions that I made:

So, if you’d like to try the real thing first, here are a couple of great, authentic recipes to browse. Plus, you’ll probably learn a thing or two about the rich culture and history of where this dish originated:

About that Fish Sauce…

If you’ve never had fish sauce, go easy or don’t use it at all. And I don’t suggest taking a big whiff of the bottle. Fish sauce has a very potent and pungent smell and is usually used in fairly small quantities. When used just a little at a time, the fish sauce gives the soup a deep, savory, salty, umami flavor. Prior to adding the fish sauce, the broth tasted really light and fresh – more like coconut milk. Honestly, I liked the broth both before and after the fish sauce. Two totally different beasts but both good.

How to Serve Coconut Chicken Soup

Because I live in the south and we put rice in anything remotely liquidy, I also cooked up a batch of jasmine rice and served the soup over it. The soup was good by itself but once I added the fragrant jasmine rice, it went from good to HEAVENLY. So, give that a thought. 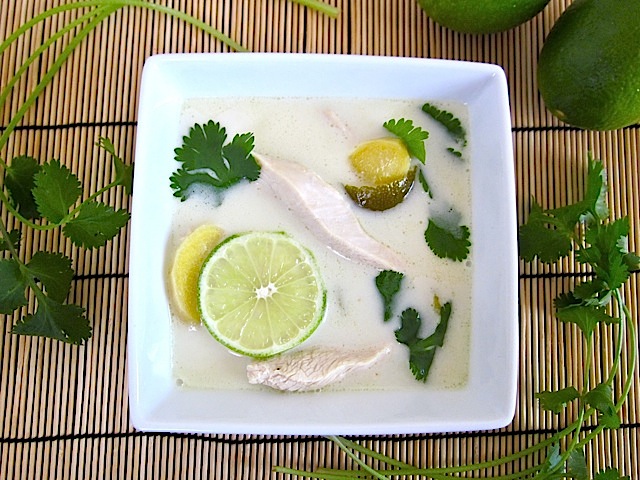 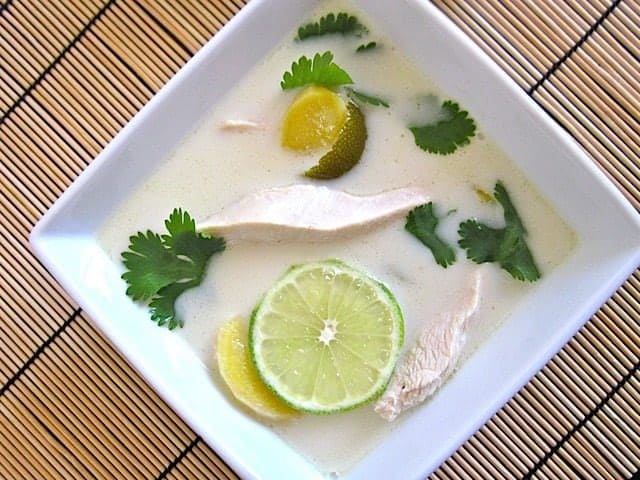 How to Make Coconut Chicken Soup – Step By Step Photos 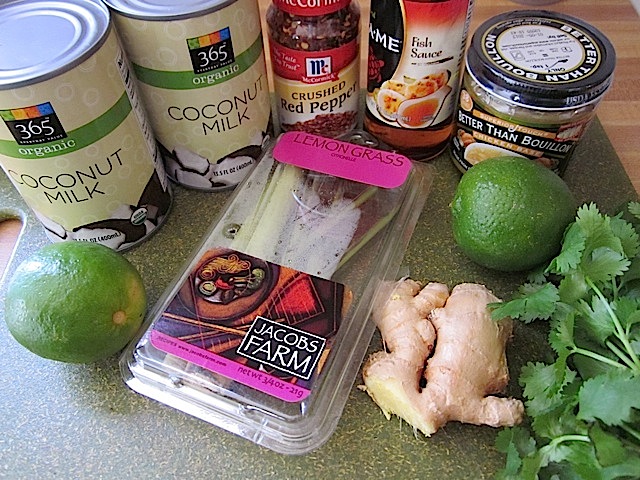 This is all that goes into the soup: coconut milk, crushed red pepper, fish sauce, chicken bouillon, lime, ginger, lemongrass and cilantro. Oh, and chicken which isn’t pictured. 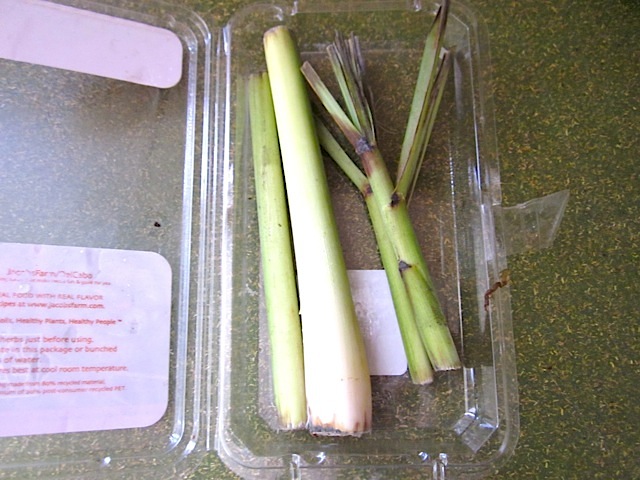 This is the lemongrass that I used. Not the best but it is what is available in most grocery stores. You can find it in the produce section near the other packages of fresh herbs. This is basically one stalk that has been cut to fit in the box. 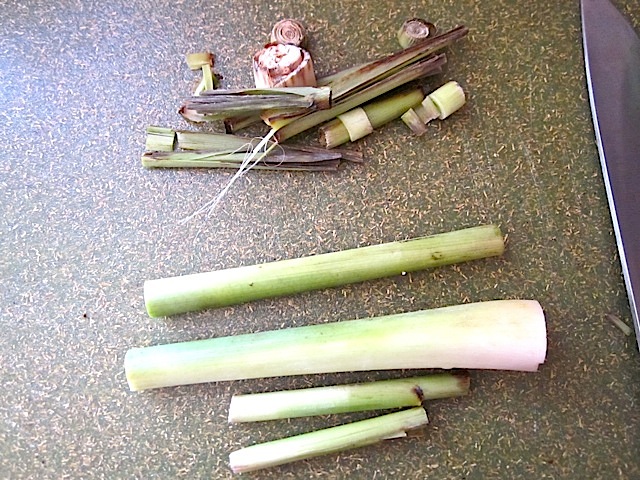 First I just removed the dry ends and black, dry bits from the tips. 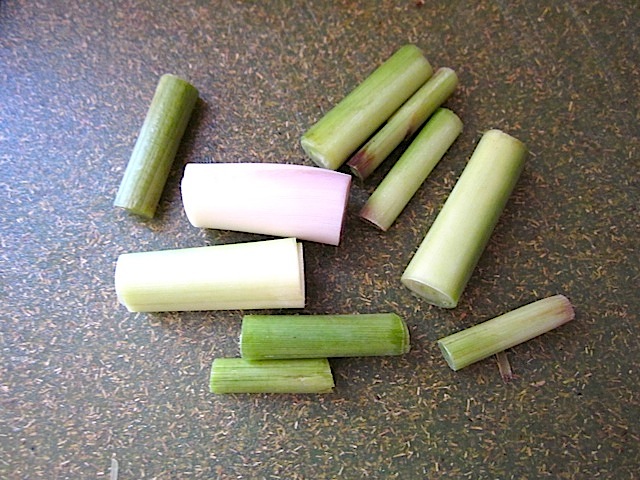 Then I just cut it into one inch pieces. I also tried to smash it a bit under the blade of my knife to release some flavor. It smells SOOO good. 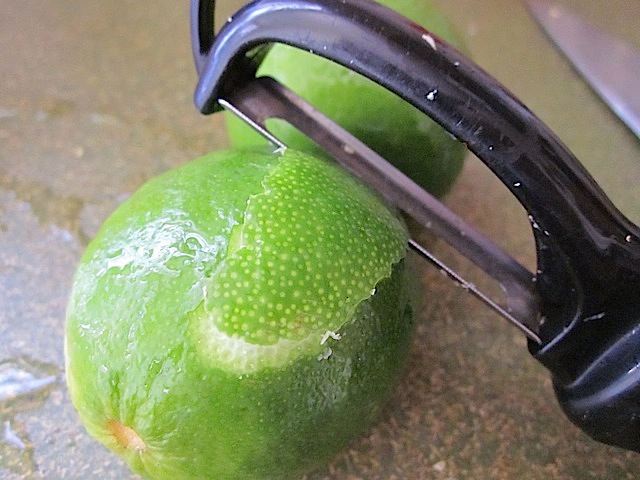 I also peeled the lime using a vegetable peeler. Try not to get very much of the white pith under the green because that will make the soup bitter. 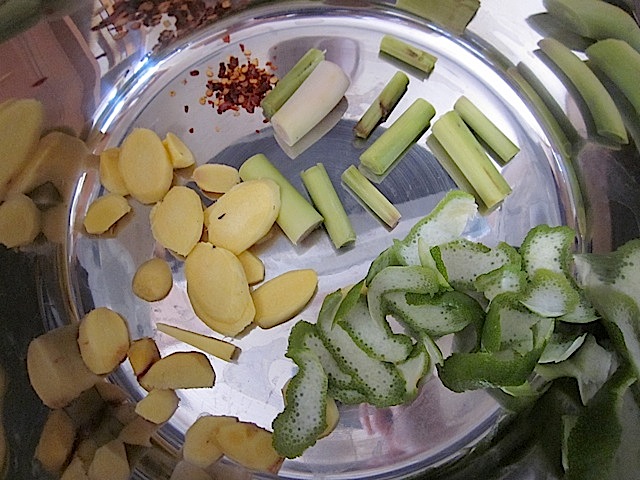 I also peeled and sliced the ginger. Place the ginger, lime peel and lemongrass in a pot. 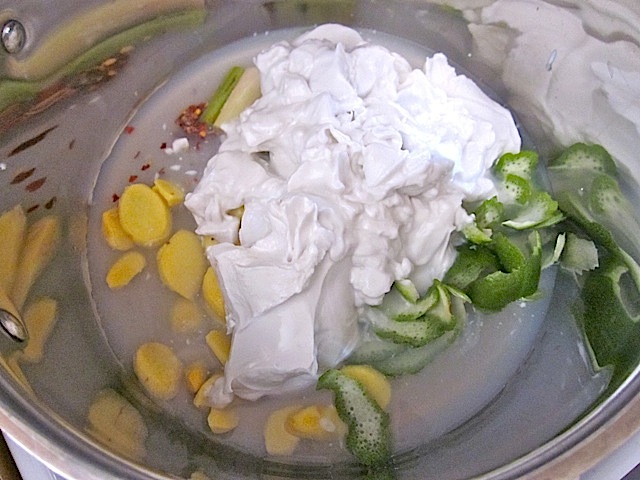 Add the two cans of coconut milk to the pot. See how the creamy coconut oil separates from the liquid? YUM. If you use light coconut milk, it will most likely be a homogenous mixture. 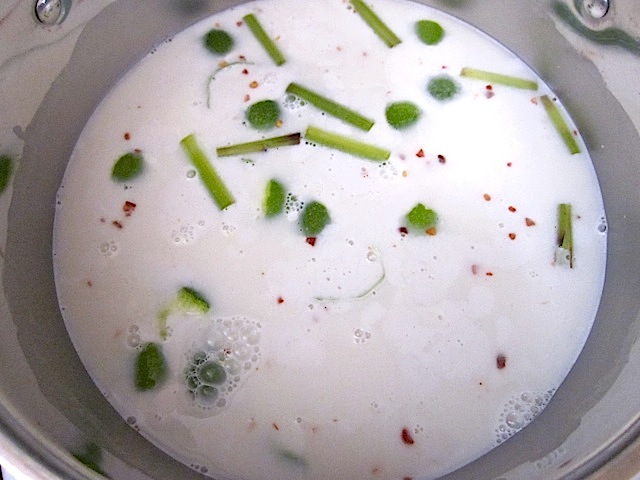 Also add your 3 cups of chicken broth. Turn the heat on to medium, stir it until it’s smooth and then let it come up to a simmer. 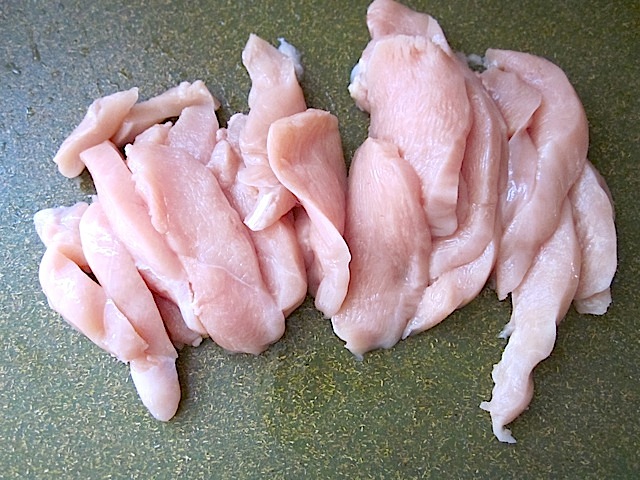 While you’re waiting for the soup to come up to a simmer, slice the chicken. I kind of wish I would have cut slightly smaller pieces so that there would be more of them throughout the soup. 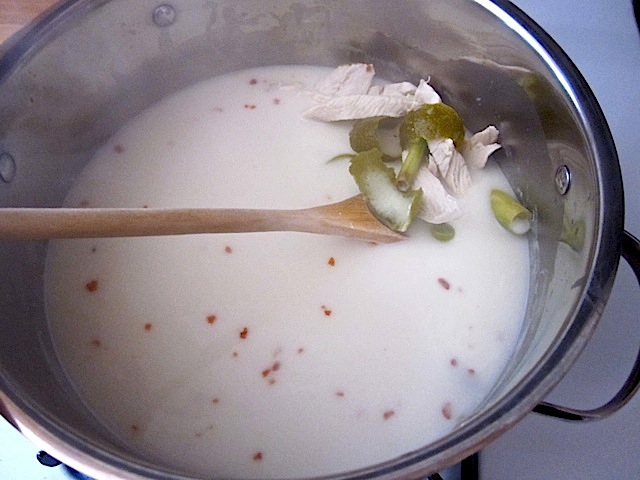 Once the soup comes up to a simmer, add the raw chicken. Let the soup come back up to a simmer and then cook for about 10 minutes or until the chicken is fully cooked. Then, turn off the burner and add the juice from the lime and the fish sauce. 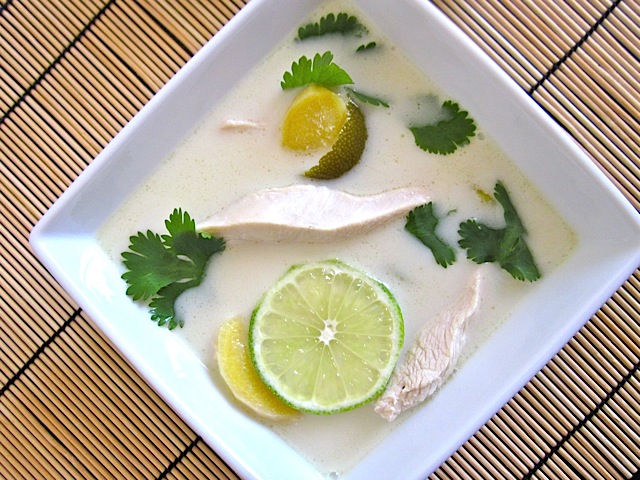 Serve the soup with fresh cilantro. I also served mine with jasmine rice (not pictured) which really gave it a nice mellow, floral flavor. YUM. 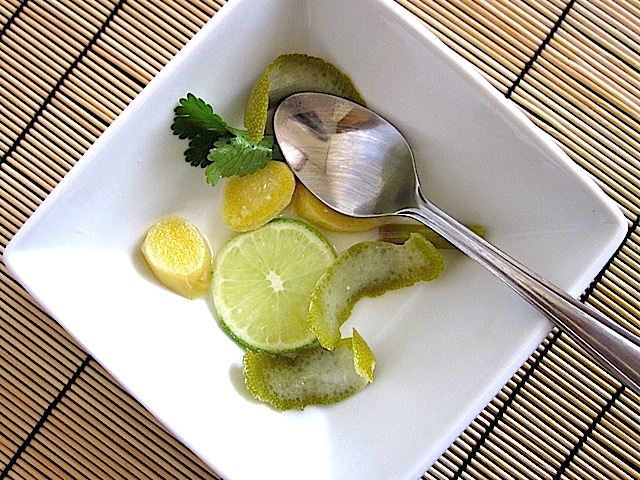 I left the lemongrass and peels in and just ate around them. When I ate this soup with rice, I ate the big chunks of ginger along with it! The rice was enough to mellow out the spicy ginger. 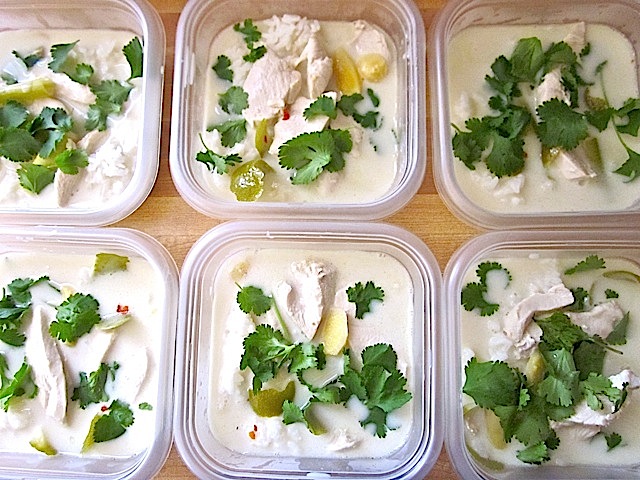 I packed up six servings of the soup with rice and cilantro for my lunches this week. I ate one today after giving it a quick hit in the microwave. It was PERFECT.