I’ve had so much fun over the past year playing with different variations of the no-knead bread that when I discovered a few left over chocolate chips in my pantry, I knew *exactly* what I was going to do with them.

This recipe only takes a few hours as opposed to the long ferment time of the no-knead focaccia. I literally made it one morning while I was running around finishing errands before company came over. You can totally do this in the background of your “real life.”

I basically used the same technique as I did for this cinnamon raisin bread, except that I mixed all of the cinnamon and brown sugar right into the dough. It’s so good and so easy… it will be your new secret weapon!

Did I mention how good this is toasted with peanut butter for breakfast? But, I guess I didn’t really have to, now did I? ;) 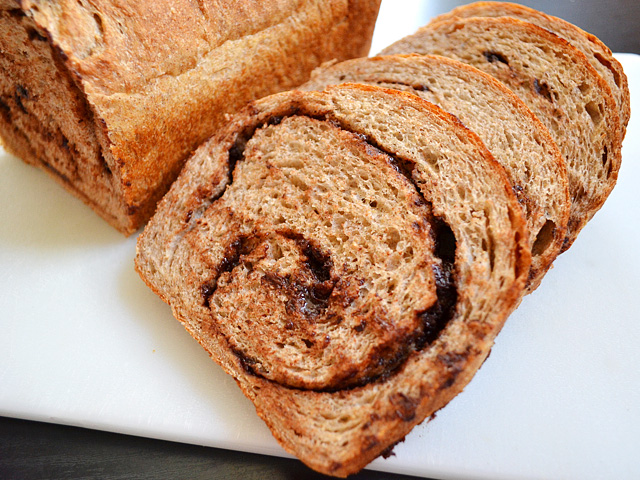 5 from 5 votes
Chocolate cinnamon swirl bread is a fun alternative for your morning toast. The best part is this is a no-knead recipe.
Author: Beth M 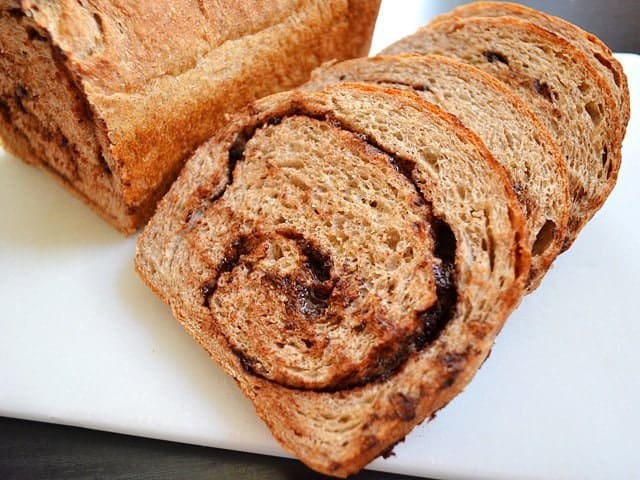 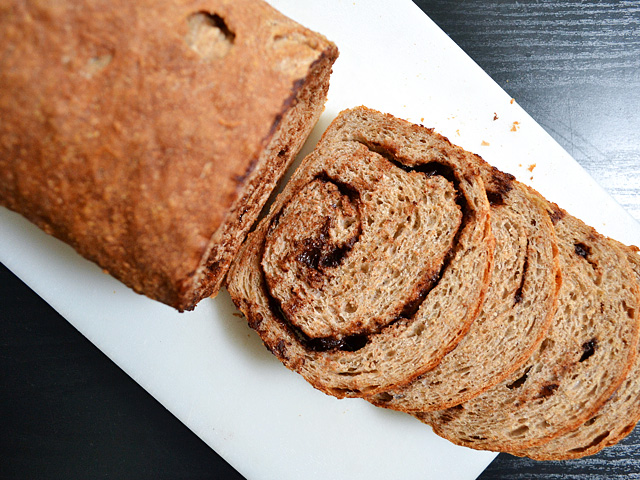 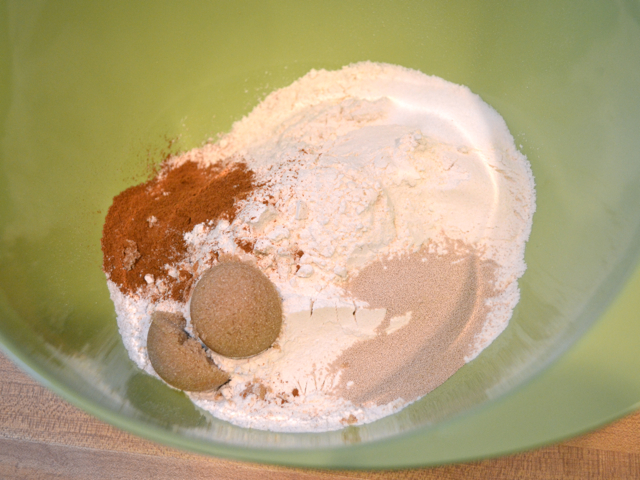 Start by mixing the dry ingredients in a bowl (flour, salt, yeast, cinnamon, and brown sugar). 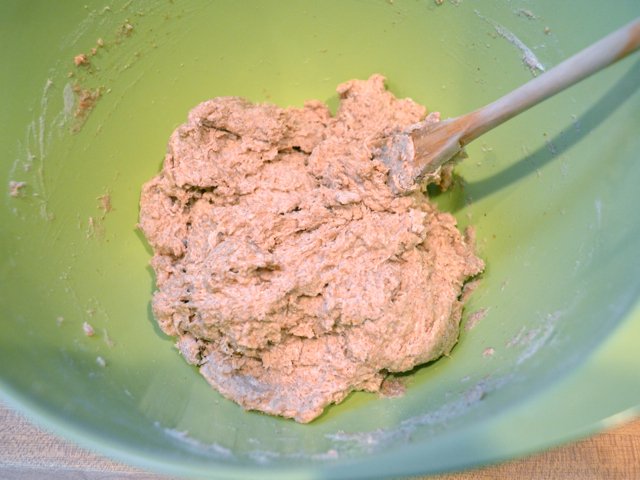 Next, add just enough water until it forms one piece of dough. This will probably be somewhere between 1 and 1.5 cups of water. Start with one cup and work up from there. It is okay if the dough is wet and sticky, just as long as there are no dry bits on the bottom of the bowl. Let the dough sit, loosely covered, at room temp for two hours. (Sorry about the weird lighting, it was still dark out when I started the bread) 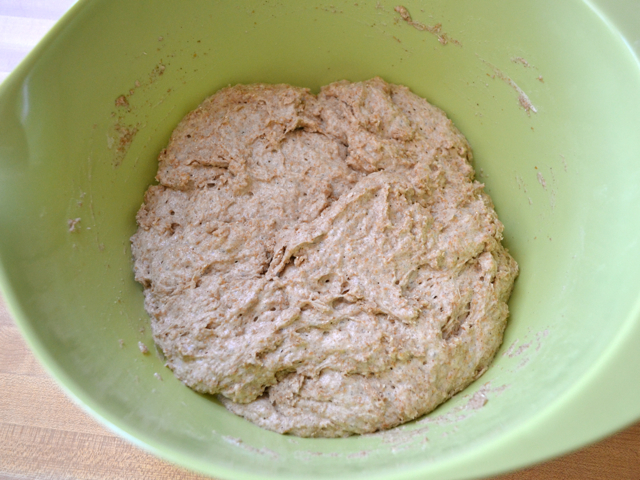 After two hours it will have expanded into something like this. It’s fluffy, sticky, and not so pretty… but it gets better, promise. 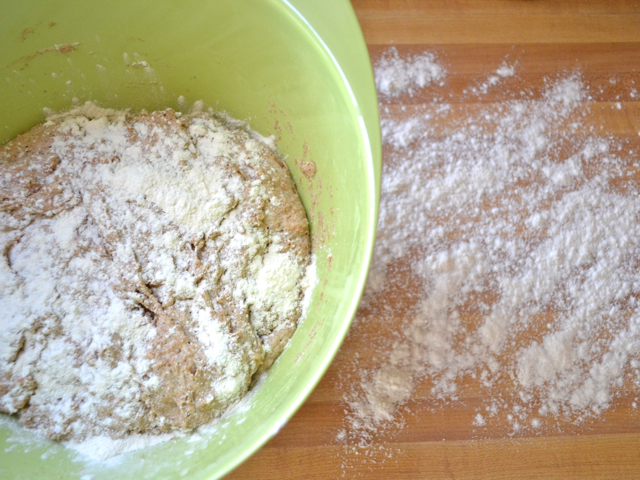 Since the dough is wet and sticky, you’ll want to dust the dough, the work surface, and your hands with flour to keep it from sticking. 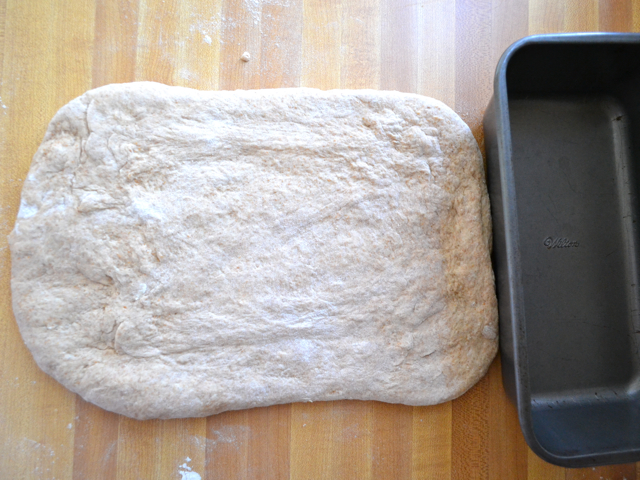 Give the dough just a couple of kneads just to make sure it’s mixed evenly and then shape it into a long rectangle. Make the short side of the rectangle the same length as your bread pan and the long side as long as you can possibly make it. The dough will be pretty elastic so you’ll need a little patience. 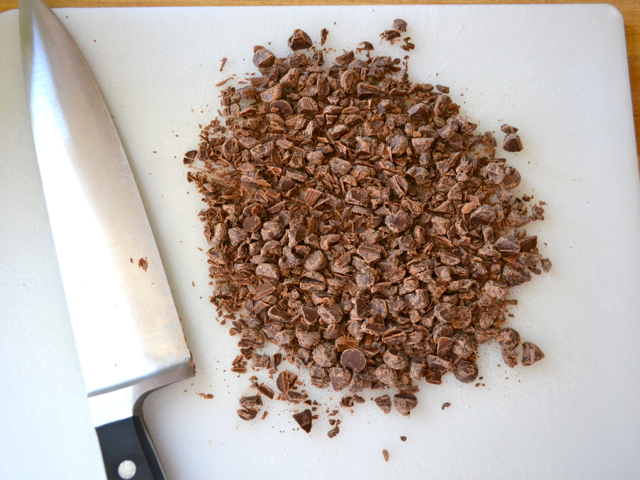 Oh yeah, at some point chop the chocolate chips into smaller bits. 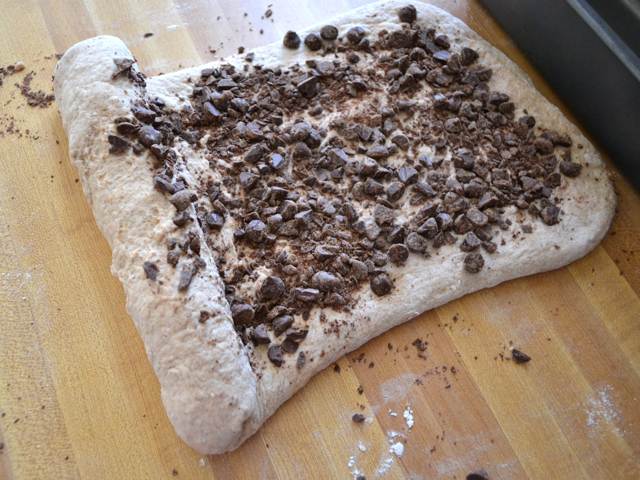 Sprinkle the chocolate on the dough. The thinner the chocolate is spread, the less the finished bread will want to “separate” at the swirl marks. Roll the dough up, stretching as you go so that it “rolls” as many times as possible before reaching the end. The more it’s rolled, the more swirl marks you’ll have. 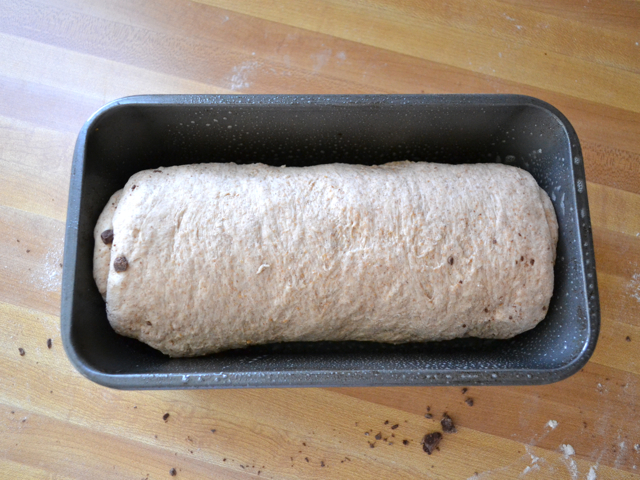 Place the rolled up dough in a bread pan (I spray mine with non-stick spray). Let it rise until double in size, approximately one hour depending on your indoor temperature. 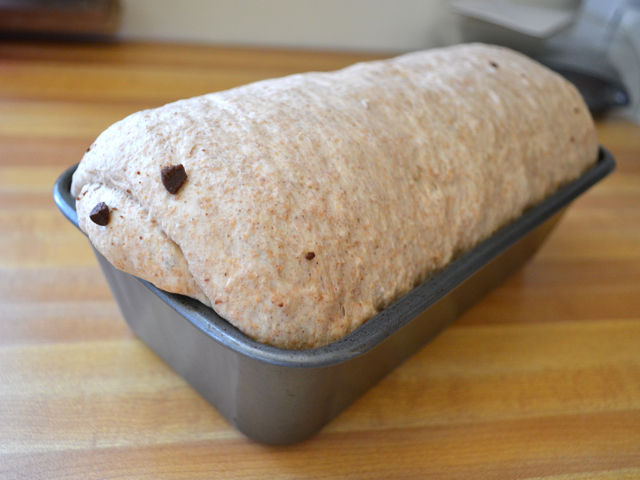 When it looks something like this, begin to preheat the oven to 400 degrees. 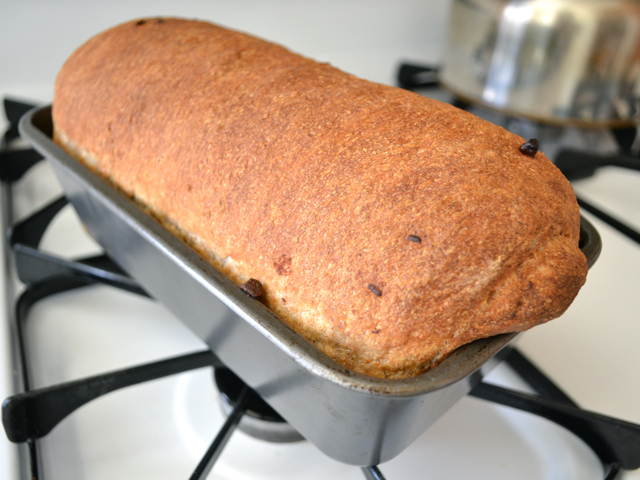 Bake the bread until it is a deep golden brown on top (about 30-35 minutes). 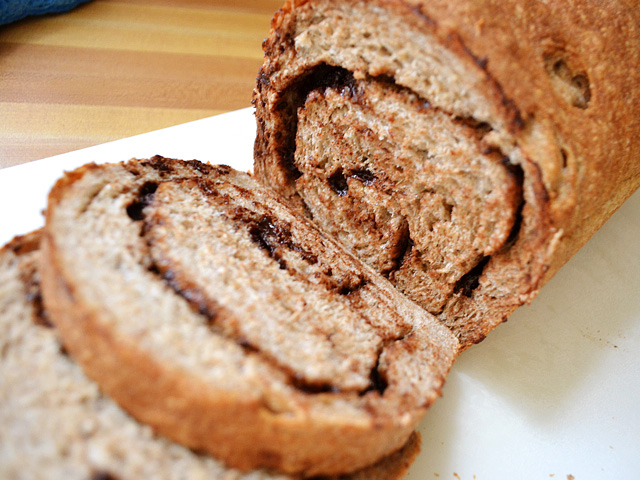 Remove the loaf from the pan and let it cool completely on a wire rack before slicing… or else the melted chocolate will smear all over the bread as you slice… like mine did! And this was about 75% cooled! If you try to slice it right out of the oven not only will the chocolate get all over but the bread will be gummy… so let it cool a good bit, at least!

Mmmmm, I’m day dreaming about breakfast tomorrow morning because I can’t wait to have this again!