One of the main ingredients in this mouth-watering teriyaki pulled pork is the teriyaki sauce. The entire ten minutes that I stood in the Asian foods aisle trying to decide which teriyaki sauce to buy, not once did it occur to me that I had ALL of the ingredients to make teriyaki sauce at home, for pennies on the dollar. Ouch. It’s finals week, I’m distracted, that’s my excuse and I’m sticking to it!

Anyway, this recipe is ridiculously easy, almost guilt-inducingly delicious and has summer written all over it. Just load the slow-cooker up before you head out to work in the morning and let machine do it’s magic. Even the smell is enough to impress anyone who might walk into your house.

This recipe makes a ton but it freezes really well. I like to spoon single sandwich sized portions into freezer bags so that I can make one sandwich at a time later. Just be sure to label and date the bags so they don’t get lost and go to waste! The frozen meat/gravy mixture thaws easily in the microwave. Even left over buns can be frozen and thawed in the toaster when ready to eat! 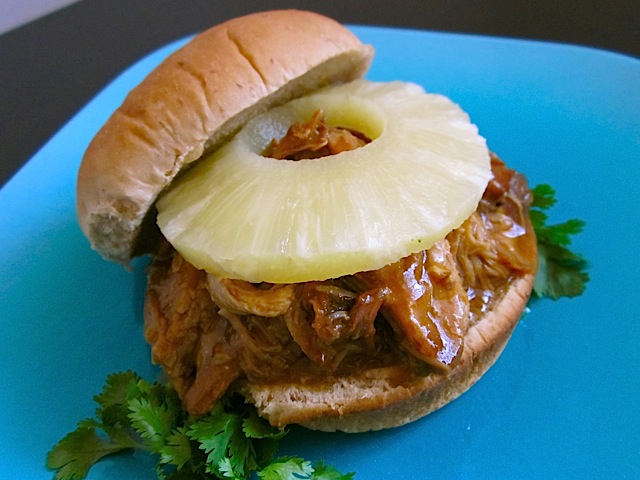 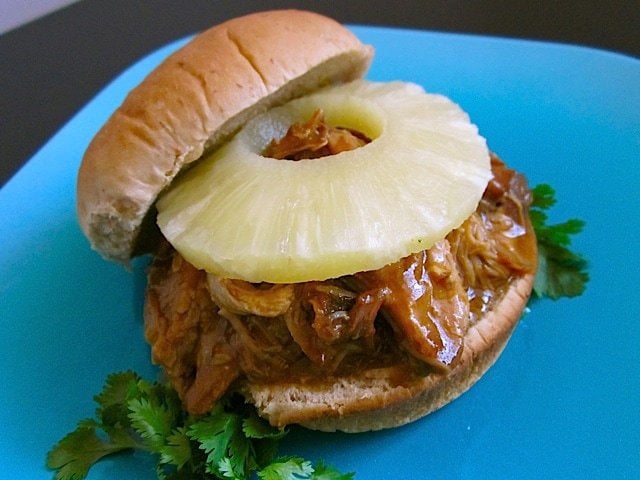 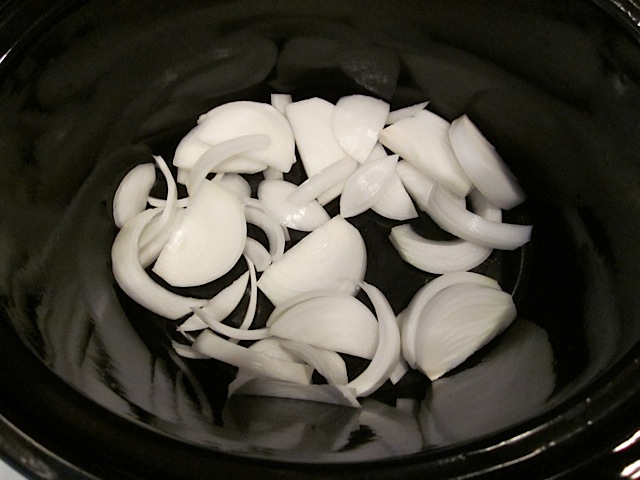 Slice the onion and place it in the bottom of the slow cooker. 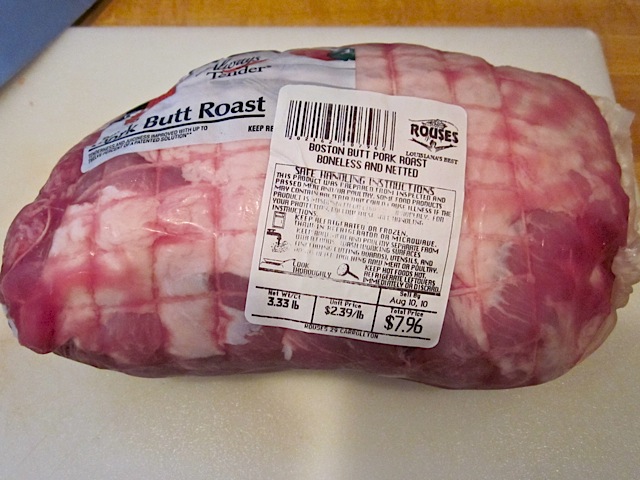 Remove the pork roast from the plastic and any netting that it may have. Don’t worry, pork “butt” roasts are not actually the butt… it’s the shoulder. Cut the pork into a few large chunks so it can lay over the bottom of the slow cooker in an even layer. You want all of it to be surrounded by liquid, not just the bottom half. 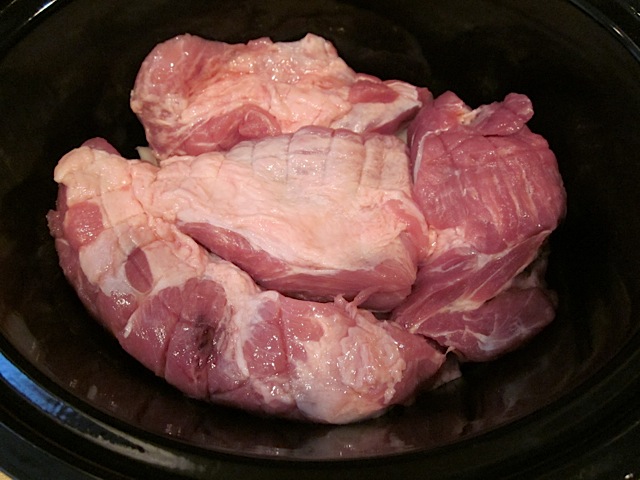 See how nicely it fits now? Lay it right on top of the onions. 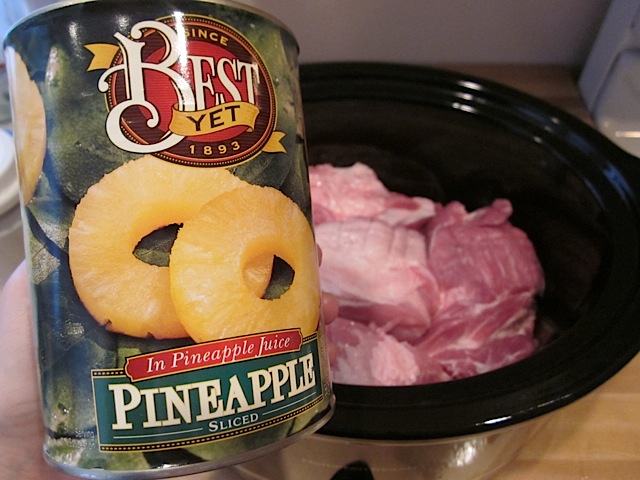 Open the can of pineapple slices and pour all of the juice onto the pork roast. Save the slices for the sandwiches later. 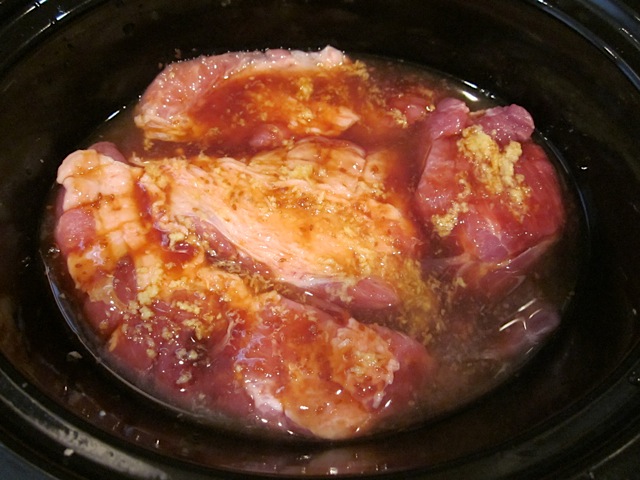 I grated some ginger over top of everything because I had some left over from another recipe. Place the lid on the slow cooker and turn it on (high for 2 hours then low for 4 OR low heat for 8 hours). 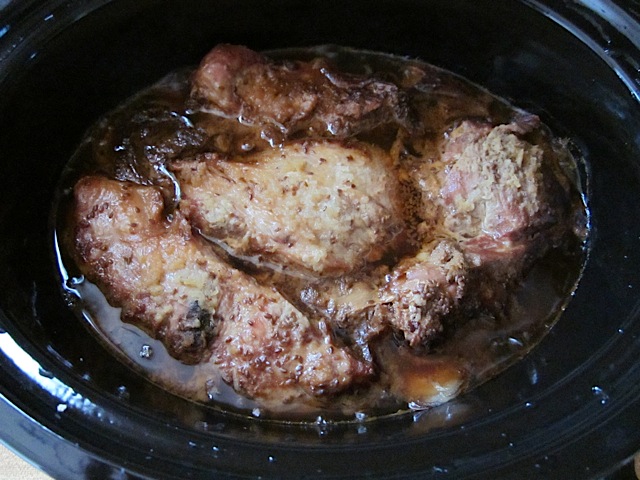 When you come home later, you won’t believe your nostrils! It may look ugly when you open the pot but it tastes as delicious as it smells. 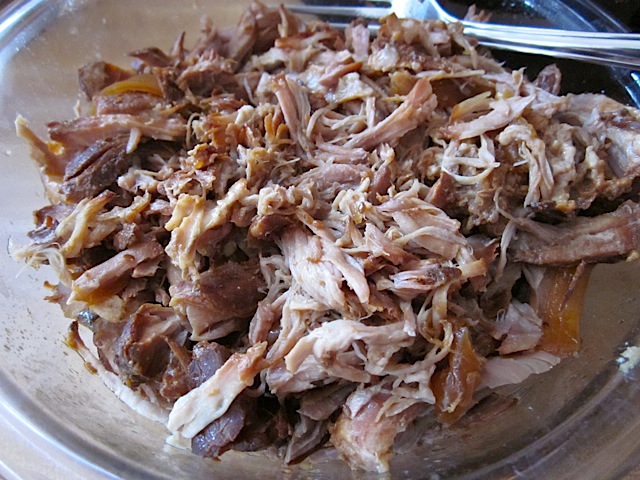 Spoon the meat out of the flavorful soupy mix then shred it with a fork. It should be super soft and tender… just falling apart. 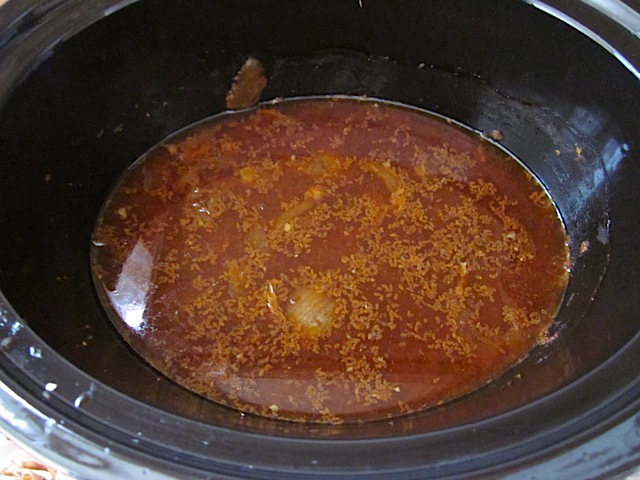 To make the teriyaki gravy, whisk a slurry of 3 Tbsp of flour and 1/2 cup of water into the juices that remain in the pot. Turn the heat up to high, put the lid on and let it simmer for 30 minutes. You can also do this in a sauce pan if it’s easier. 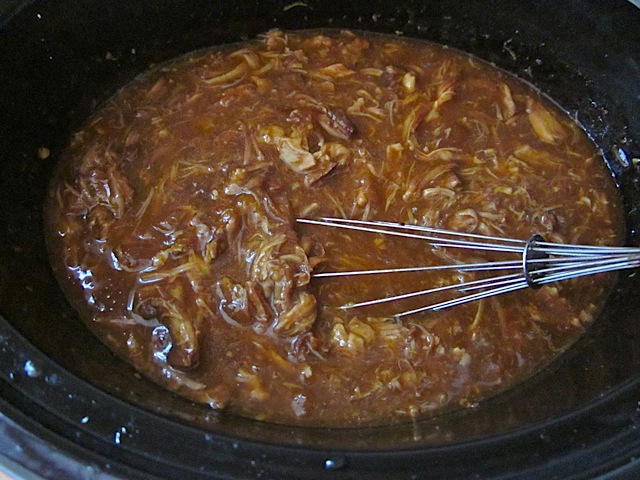 Once the teriyaki gravy has thickened, add the meat back in. Spoon a large glob of pork and gravy onto a toasted bun, top with a slice of pineapple and go to town.

NOTE: I used some left over cilantro as a garnish for the photos and a little bit of it made it’s way onto my sandwich. WOW. The cilantro added just the right touch of bright, fresh flavor. So, consider stuffing a few sprigs of fresh cilantro under the bun. You probably won’t be disappointed.