The slow cooker wins again! This incredibly easy recipe boasts big flavor and very, very little work. Just mix up a fragrant spice rub in your blender, slather it over the chicken, and then let the slow cooker do the rest. You will want to pop the chicken in the oven under the broiler for a few minutes at the end to get that nice, charred, crispy skin that is just not achievable in a slow cooker, but still… SO little effort!

Cooking the chicken in the slow cooker makes it juicy and fall-off-the-bone tender. I don’t advocate cooking this on low because even on high it takes a while for the chicken to reach safe temperatures. So, plan this dish for a day when you’ll be home and can get back to it after four hours.

This did make a LOT of chicken, but the recipe can easily be halved to fit smaller slow cooker or to feed a smaller crowd. My slow cooker is somewhere around 6 quarts and so a whole cut up chicken fit nicely. If you have a smaller slow cooker, you can buy a 2 pound pack of chicken thighs, drumsticks, or even a couple of breasts and just halve the spice rub. It’s that simple. 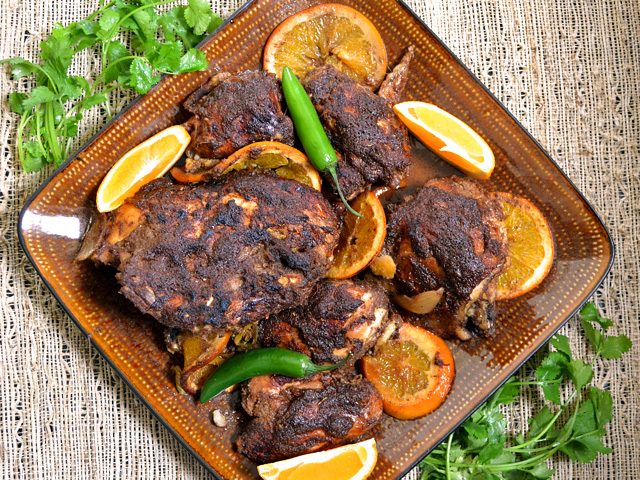 4.87 from 15 votes
This slow cooker jerk chicken is spicy and flavorful, yet requires barely any work!
Author: Beth - Budget Bytes 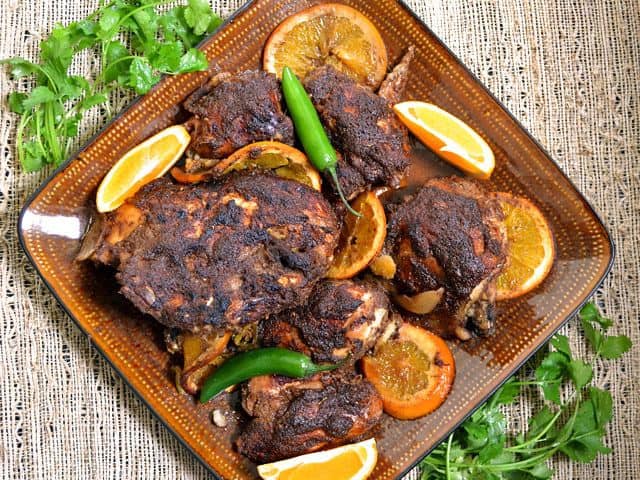 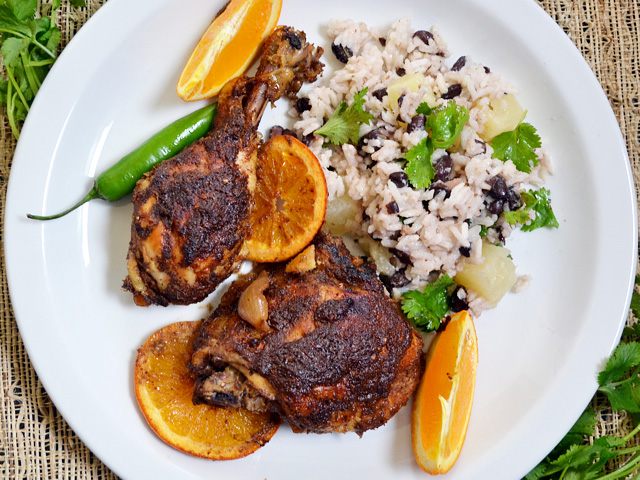 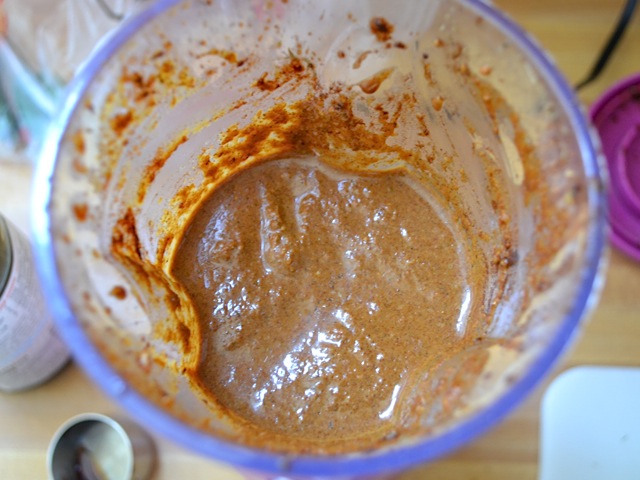 First I mixed up the spice rub. I literally just put everything in the blender and pressed go. Everything as in: molasses, vegetable oil, soy sauce, garlic, ginger, cinnamon, allspice, thyme, and nutmeg. 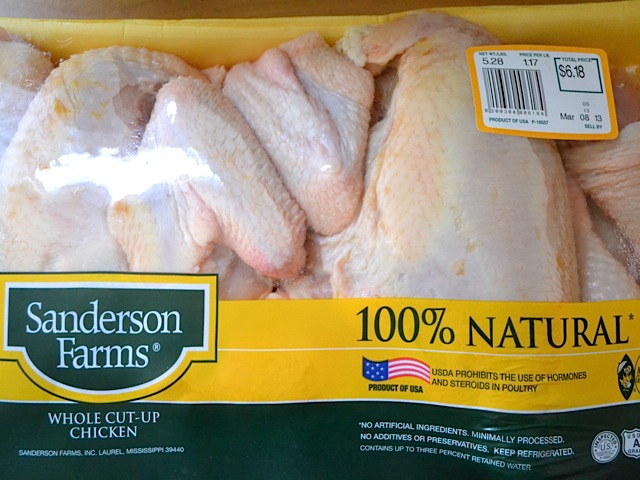 I bought one whole chicken cut into pieces. So, that’s two breast halves, two drumsticks, two thighs, and two wings. If you don’t like the various pieces, you can just buy breasts, or thighs, or whatever you like. This recipe is written for about five pounds of chicken, but you could easily halve it to cook just two pounds. 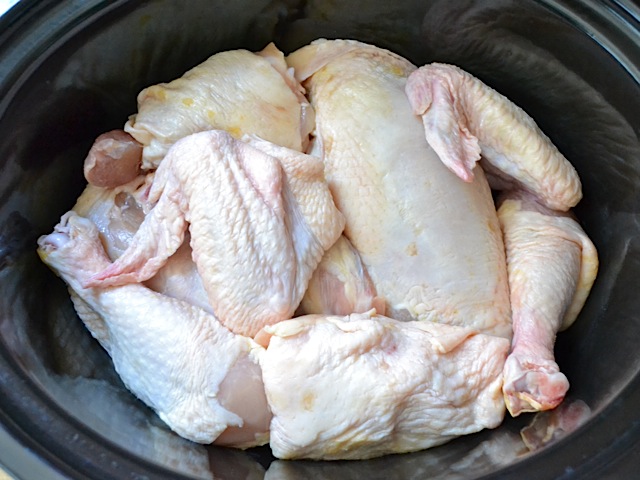 Arrange the chicken pieces in the slow cooker so that they are tightly nestled together and as close to the bottom as possible. This will help them heat and cook evenly. 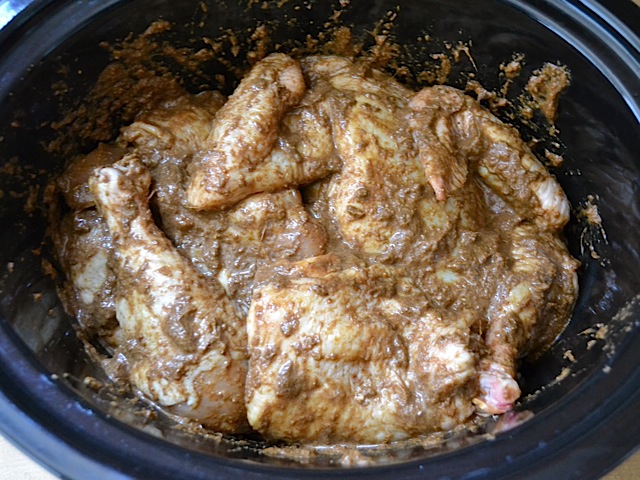 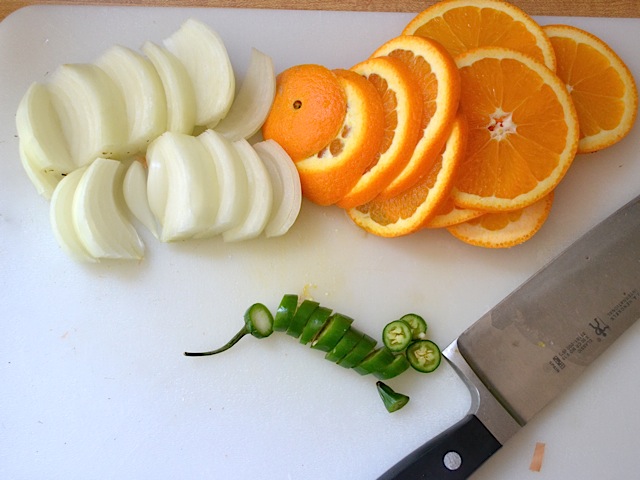 Slice up the onion, orange, and serrano. 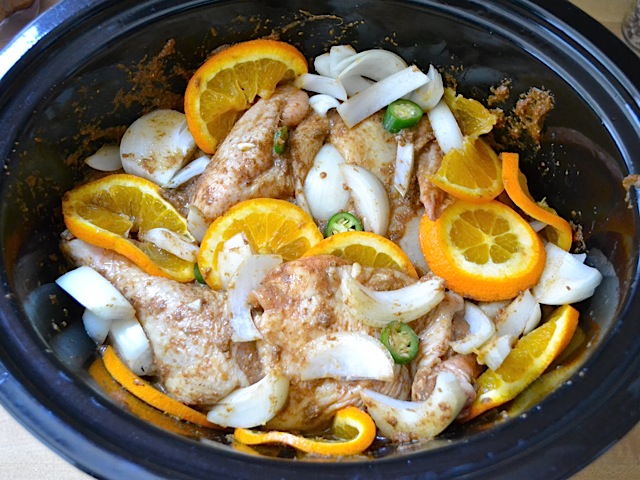 Add the onion, orange, and serrano to the slow cooker and nestle the slices down into the chicken pieces. The more contact the more flavor. 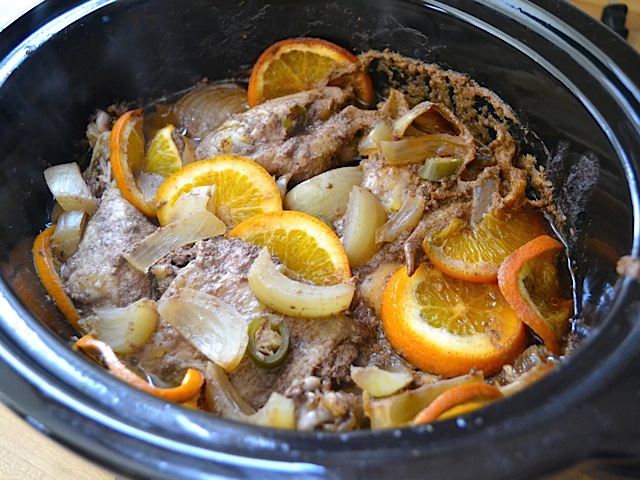 Put the lid on the slow cooker and cook on high for four hours. I don’t suggest cooking on low because it just takes too long for the chicken to reach a safe temperature. After four hours the chicken is super tender and juicy. 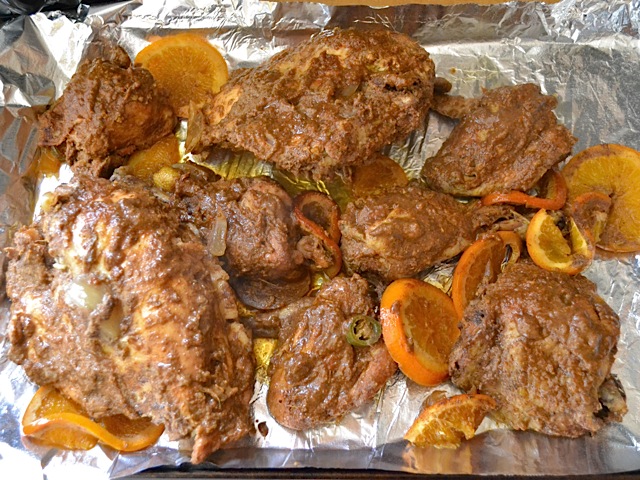 Carefully remove the chicken pieces from the slow cooker and place them on a broiler pan or a baking sheet covered with foil. Spread the rest of the spice rub over top. 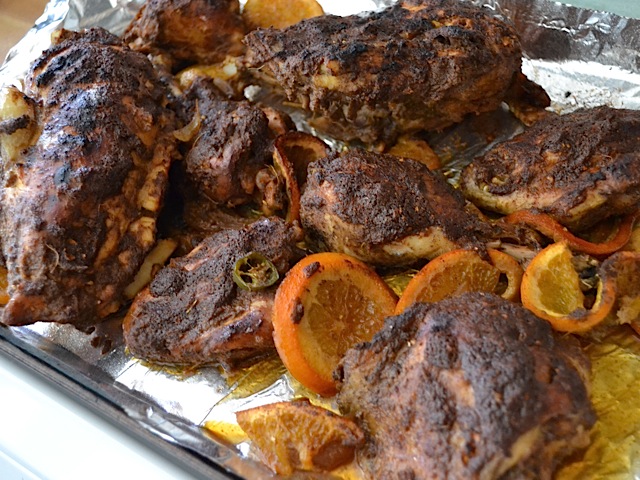 Arrange the rack in your oven so that the top of the chicken will be about 4-5 inches from the broiler. Broil on high for about 5 minutes or until the skin is crispy and it has browned really well. Every broiler is different, so you have to watch it VERY closely. 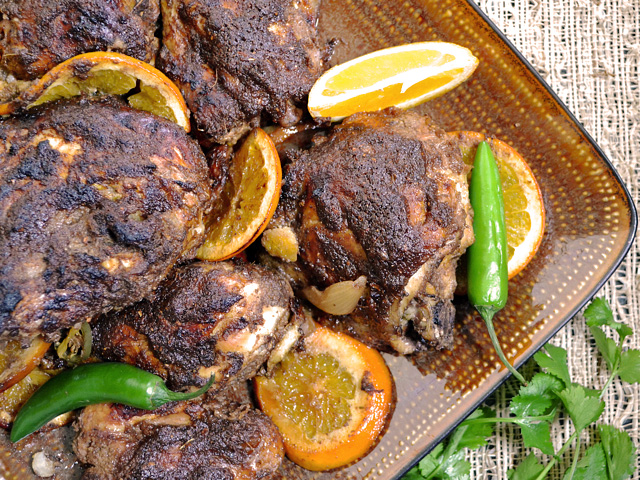 And then you’re ready to eat! And good thing because that smell has likely been tantalizing you ALL DAY.