There’s nothing better to keep you going through that late night study sesh than a warm bowl of rich and creamy mac and cheese, and luckily it’s incredibly fast and easy to make using a basic rice cooker. So you can skip the blue box with its bright orange cheese flavored powder and make your own Rice Cooker Mac and Cheese from scratch in about the same amount of time. #WIN

Use a Rice Cooker or Instant Pot

Rice cookers are a convenient and inexpensive way to cook food for those confined to small spaces or without access to conventional kitchens, so I’m going to develop a few recipes specifically for rice cookers. Because Instant Pots can also be used as a rice cooker and have a steam setting, these recipes should also translate well for use in an Instant Pot. But because every brand and model of rice cooker or Instant Pot can vary, you may need to make slight adjustments for your equipment. 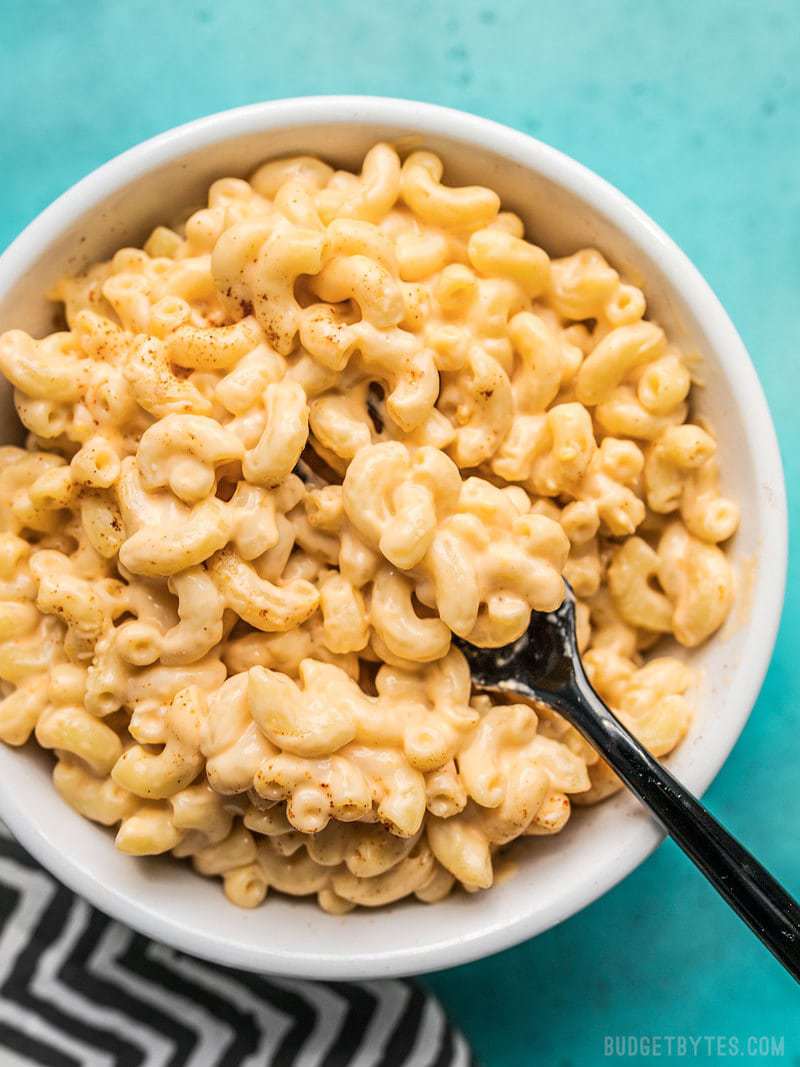 Jazz Up Your Rice Cooker Mac and Cheese!

The Rice Cooker Mac and Cheese below is the “base model” if you will. It’s a plain mac and cheese that is just flavored with cheddar and the vegetable broth used to cook the pasta. If you want to play around with add-ins, here are some fun things to try: garlic powder, smoked paprika, diced green chiles, Rotel, finely chopped broccoli florets, or diced chicken.

WHAT RICE COOKER AM I USING?

I chose to work with one of the most popular and most basic rice cookers on the market to make sure the recipes I develop have the broadest compatibility. That begin said, every model rice cooker is slightly different, and may yield slightly different results. I’m using the Aroma Housewares 8 cup cooked/4 cup uncooked Digital Rice Cooker. 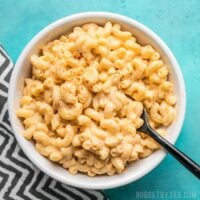 Each ingredient in this recipe has a distinct purpose, so substitute with caution. I do not suggest substituting a different shape or type of pasta, as that may change the amount of broth needed to cook the pasta correctly, or change the amount of time needed to cook the pasta through. The cream cheese helps emulsify the cheddar into the hot milk, so substituting this with something else may result in your cheese sauce failing. You can, however, substitute chicken broth for the vegetable broth. Keep in mind that the broth provides a lot of the salt and flavor for the sauce, so using water instead will result in a bland dish.

I purposely made this in a small batch because as with most from-scratch cheese sauces (cheese sauces that are not made with “cheese product” like Velveeta), they are smooth and creamy when they’re hot and freshly made, but can get a bit clumpy as they cool. So, make and serve this one fresh for best results! (Not that I’d turn down the leftovers, but they’re definitely not as good as fresh.) 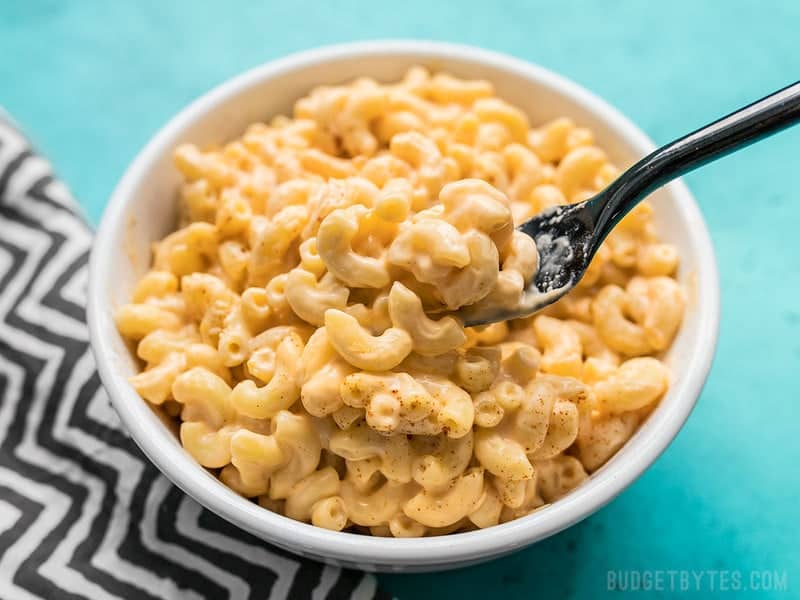 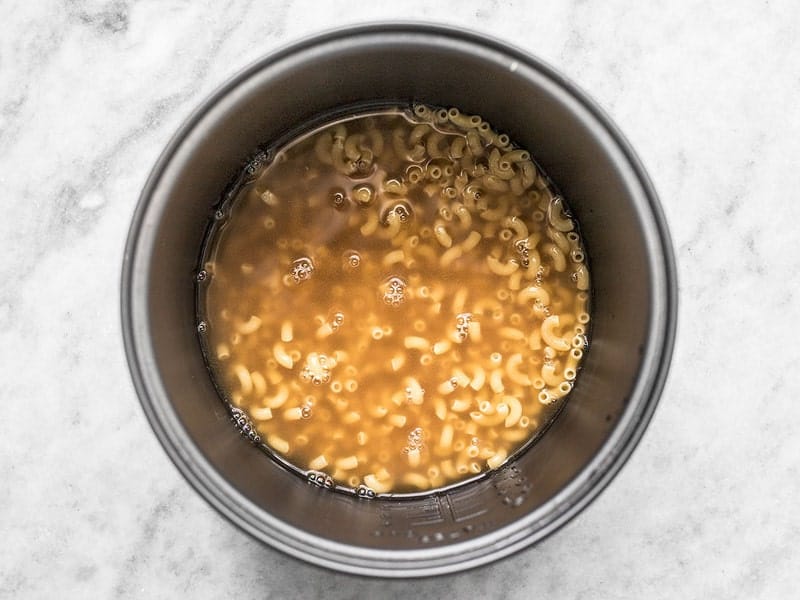 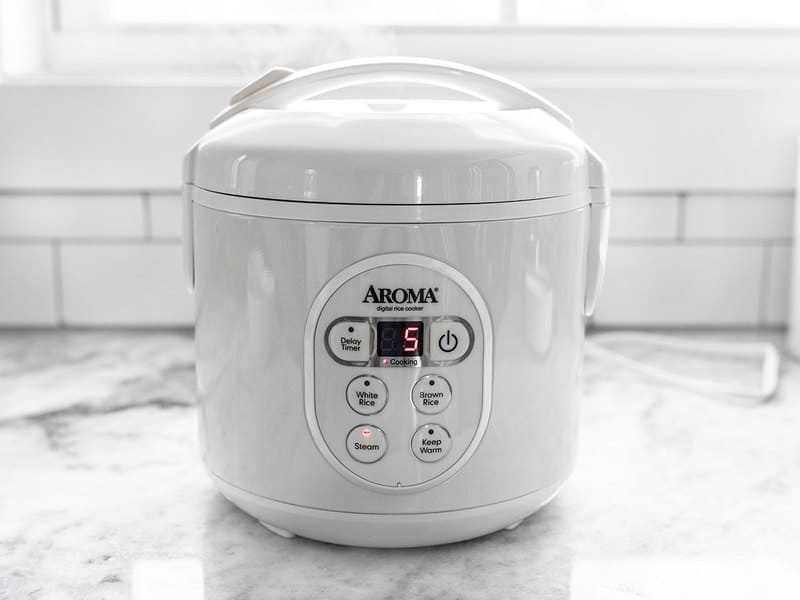 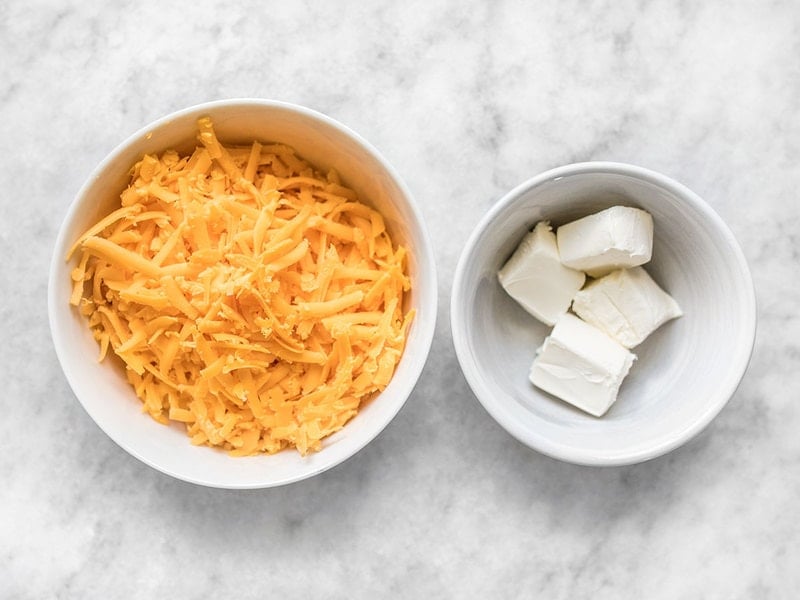 While the macaroni is cooking, cut 2 oz. cream cheese into chunks and shred about 3 oz. medium cheddar. 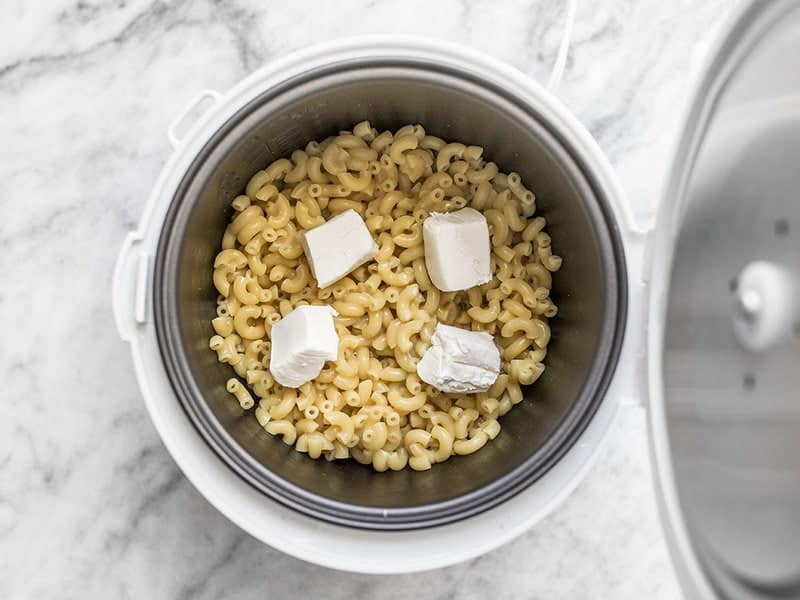 After cooking for five minutes, the pasta should have absorbed all of the broth. Turn the cooker to the “keep warm” setting, then add 1/3 cup milk and the 2 oz. of cream cheese. Stir until the cream cheese has melted into the milk. 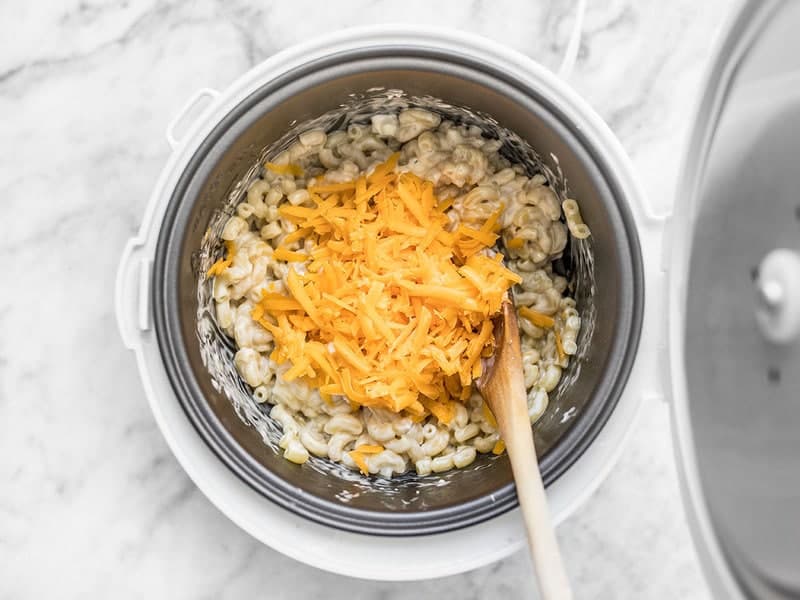 Add half of the shredded cheddar to the rice cooker and stir until it has melted into the sauce, then repeat with the second half of the cheese. 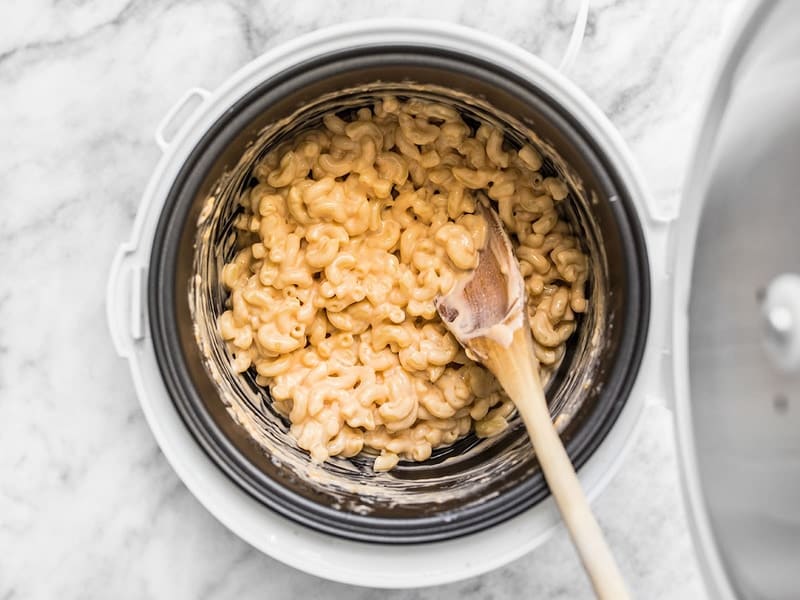 And that’s it! Serve this Rice Cooker Mac and Cheese while it’s hot for the smoothest, creamiest sauce. 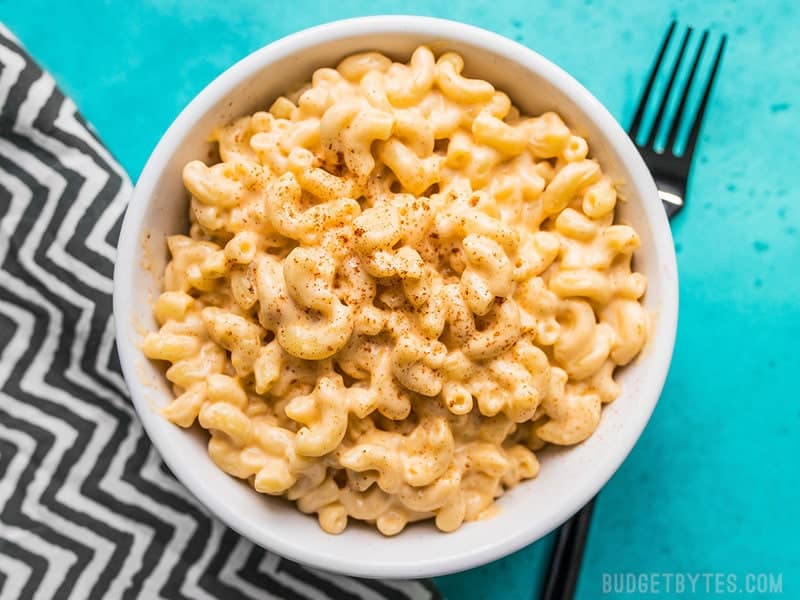 I sprinkled a little smoked paprika on top for fun. :)