I’ve wanted to make these yummy little wontons since the success of my Pork & Ginger Potstickers. I saw a recipe on the inside of the wonton wraper package for cream cheese filled wontons and that set the wheels in my head into motion. IMHO, these wontons are tastier, WAY easier to make and don’t smell as bad (no cabbage) as the Pork and Ginger Potstickers.

I found some really great imitation lobster at Whole Foods which contains a mix of pollock and real lobster (so it’s real fish, just not 100% lobster) and decided to add that into the filling. I also added some green onions and a splash of Sriracha hot sauce. I only added a smidge of Sriracha so there would be a hint of flavor without any real heat. The flavor balances the sweetness of the “lobster” perfectly. If you want them hot, simply add more. An egg was also added to the filling to act as a binder. The egg solidifies when it’s cooked so that you don’t have runny cream cheese spilling out of the hot wontons.

These little guys were so insanely delicious that I couldn’t stop popping them into my mouth while they were cooking. They take a little time to fill and fold (about 30 minutes) but it’s so worth it. Although they were noticeably more delicious right after cooking, I still snacked on them happily throughout the week! 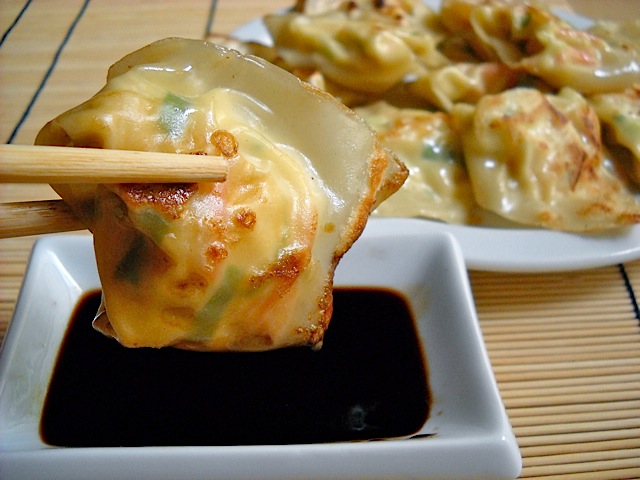 4.75 from 4 votes
These lobster & cream cheese wontons are fun to make and even more delightful to eat. Forget take-out and make your own!
Author: Beth - Budget Bytes 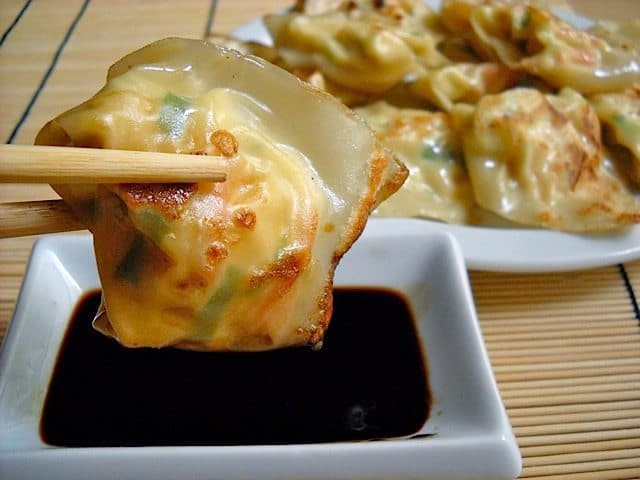 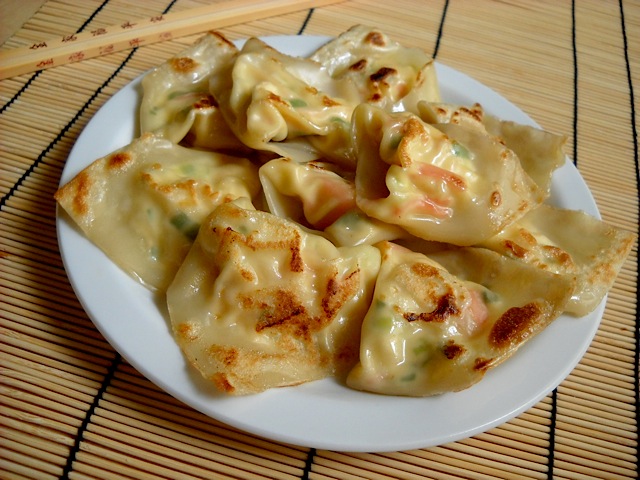 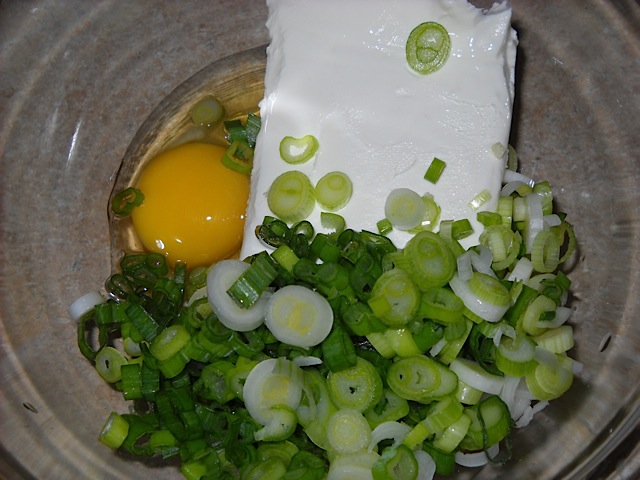 Combine the cream cheese, green onions, egg and Sriracha in a bowl and stir until well combined. 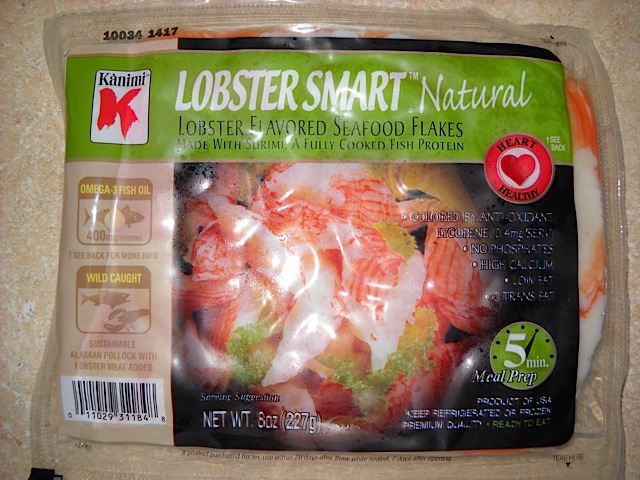 This is the “imitation” lobster that I used. It’s really lobster just mixed in with some less expensive fish. It’s pretty delicious and quite healthy. You can use crab instead if you’d like. 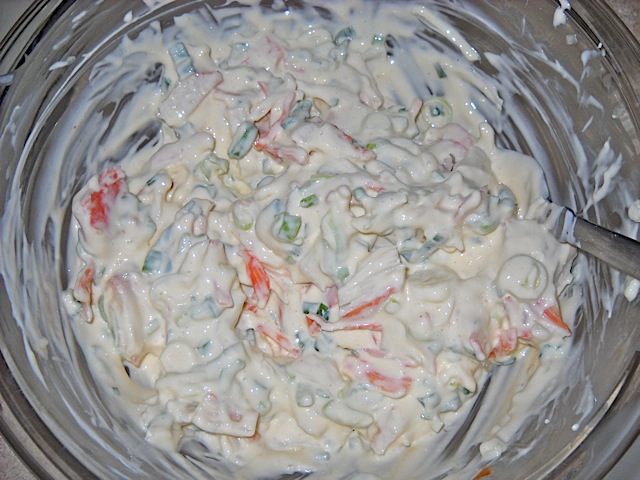 Stir in the lobster chunks and break them up slightly (large chunks won’t fit in the wontons). 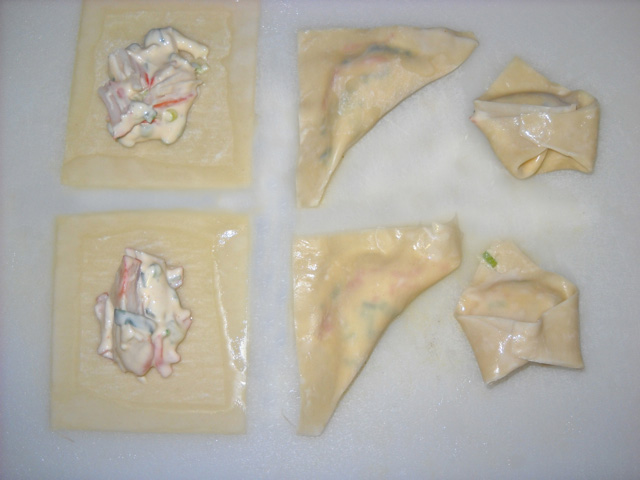 Place about one teaspoon of the filling in the center of each wonton wrapper. Wet the wrappers all along the four edges. Fold them diagonally, corner to corner, pressing out all of the air as you pinch the seams closed. Bring the two points of the triangle together and pinch closed. It may take a few before you get the hang of how much filling you can put in without it oozing out all over you as it folds. 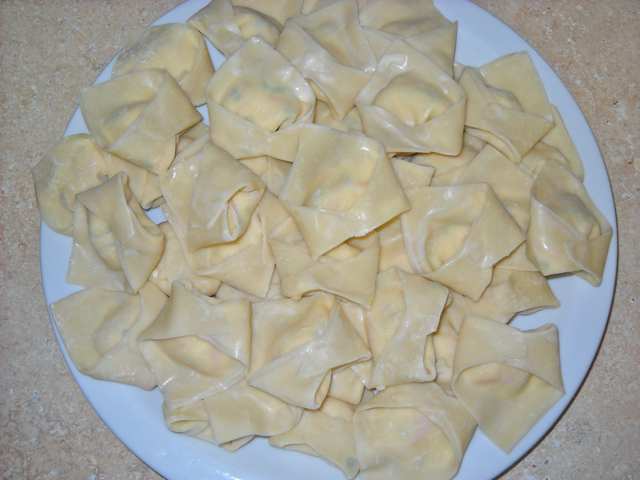 Here are all of my folded, uncooked wontons. I wouldn’t suggest stacking them on a plate like this because they’ll stick together (as I found out). As you fold them, place them in a single layer on a baking sheet or cutting board. 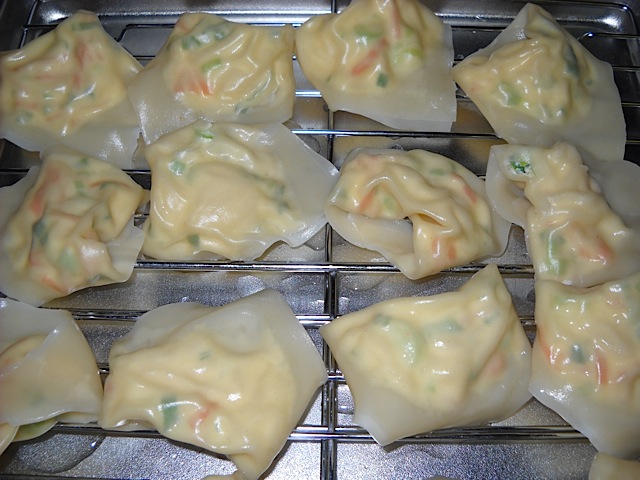 Boil the wontons in batches of about 8 until they float (about 3 minutes). Remove them from the boiling water to a rack to drain. Again, keep them in a single layer so they don’t stick to each other. 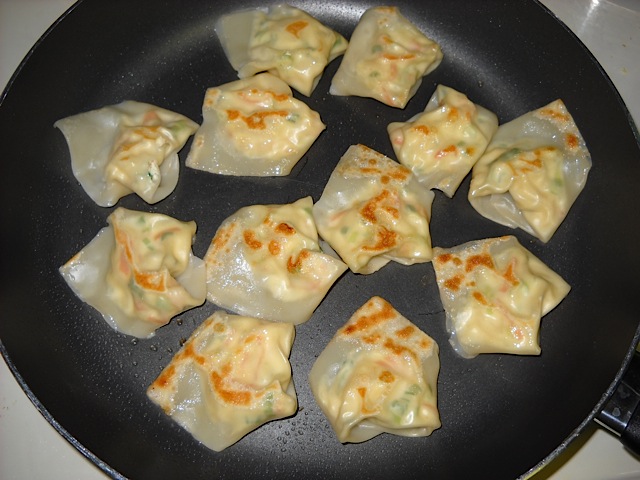 Pan fry the wontons in a non-stick skillet coated with non-stick spray until they are golden and crispy in some spots. THEN EAT!