I wanted to make something to eat along side my sushi bowls this week so I decided to make some Pork and Ginger Pot Stickers. I remember attempting to make pot stickers a long time ago but… well… lets just say they stuck to the pan and just didn’t work out. This time I did a lot of recipe research and tried a few different methods of cooking them (boiling, steaming, frying and combinations of all three) and I can proudly say that I think I have mastered the art of the pot sticker. The process is a little lengthy and requires a lot of steps so I’m going to rate this as “advanced”. That being said, don’t be afraid of them. They’re quite delicious and a great challenge/experience for those of you who are more seasoned cooks. The greatest part about these pot stickers is that you can fill them with just about anything… while you stand there filling and folding them you’re likely to come up with about ten different delicious ideas for fillings. I know I did!

I used shredded and sauteed cabbage here as a filler to offset the cost of the ground pork (the most expensive ingredient in the dish). I also had a little bit of leftover shredded carrot from the sushi bowls so I threw that in as well. Don’t be tempted to use dried, ground ginger in place of fresh grated ginger in this recipe. Fresh ginger is quite inexpensive (you can break off a chunk that is just the size you need, you don’t have to buy the whole big piece) and it adds an amazing amount of bright, fresh flavor. The fresh ginger and green onions really made these pot stickers shine! 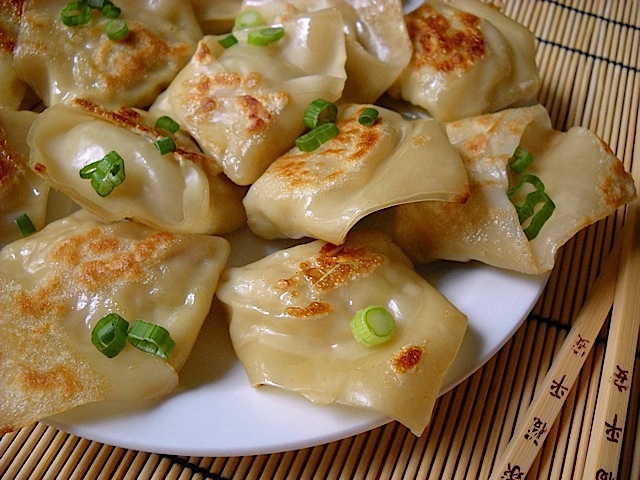 4.75 from 4 votes
These pork & ginger pot stickers may take a little time and effort, but the flavor and freshness can't be beat. 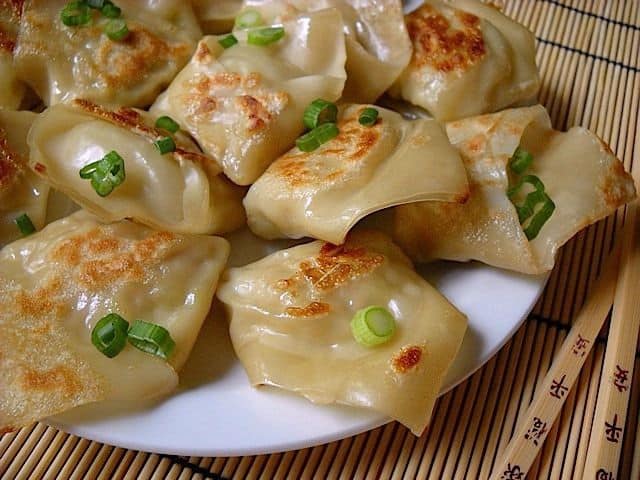 FOR THE POT STICKERS: 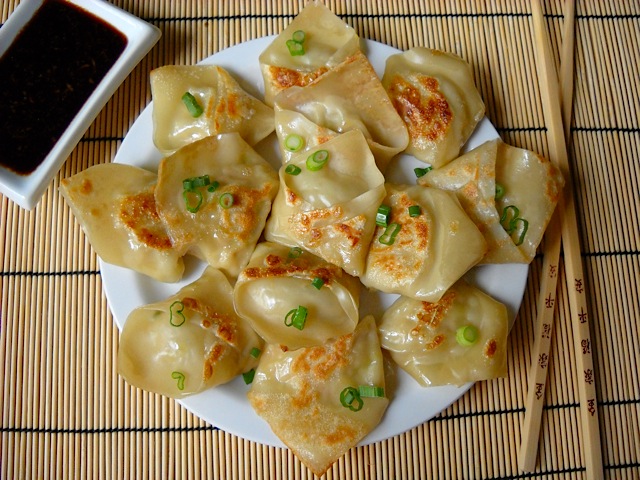 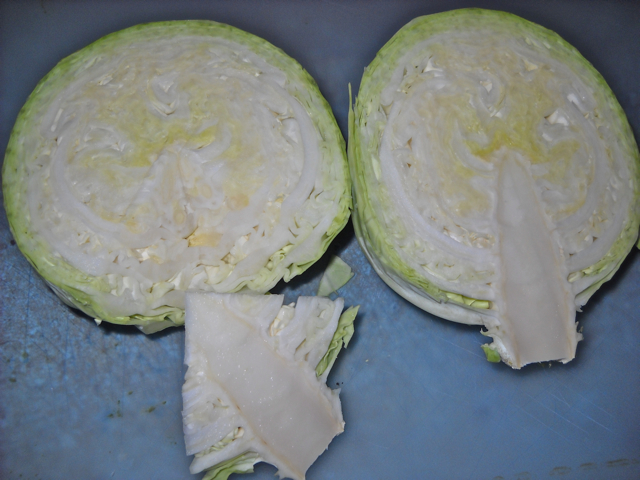 To core the cabbage, cut the head in half then make diagonal cuts along the core to remove the triangle/cone portion surrounding the core. 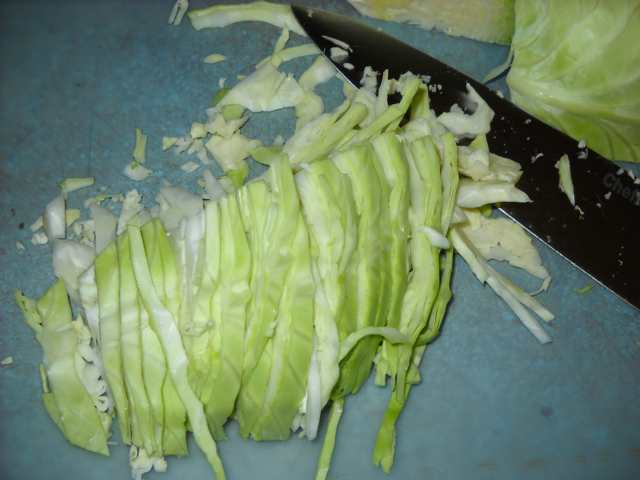 Cut each half of the cabbage head in half once more then cut crosswise as thinly as possible to achieve a “shred”. 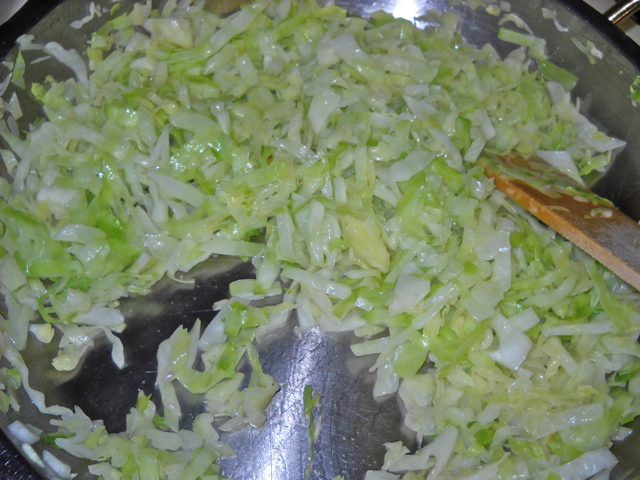 Saute the cabbage over medium high heat with 2 Tbsp of oil and 1/2 tsp of salt (to help draw out the moisture) until it is transparent and limp. 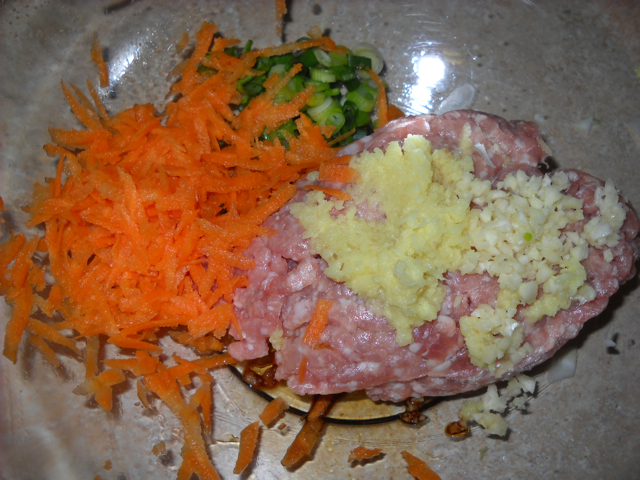 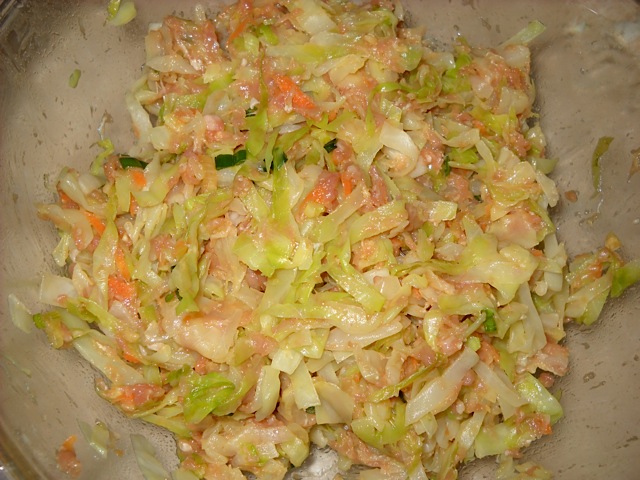 After the cabbage has cooled slightly, mix it into the seasoned pork. Refrigerate for at least an hour to let the flavors blend. 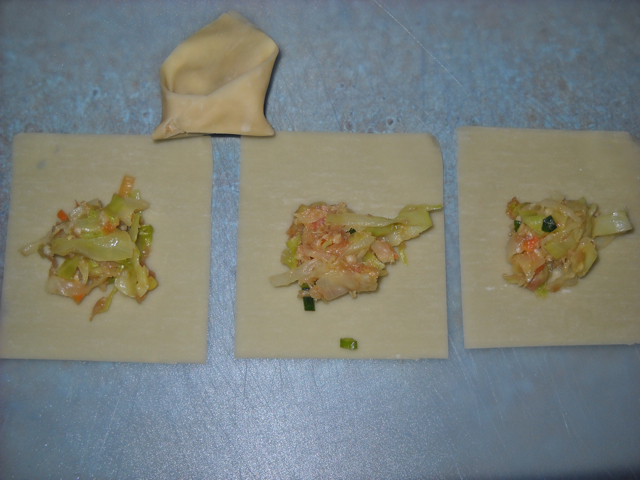 Lay three or four wrappers out at a time and use your finger to wet the outside edges. Place about one tsp of filling in the center of each (the top one is the finished product). 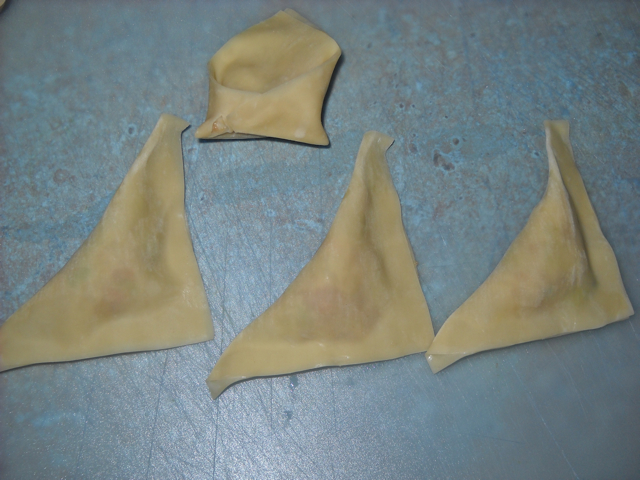 Fold them diagonally over the filling from corner to corner. Press the wet edges together while squeezing out any air pockets. 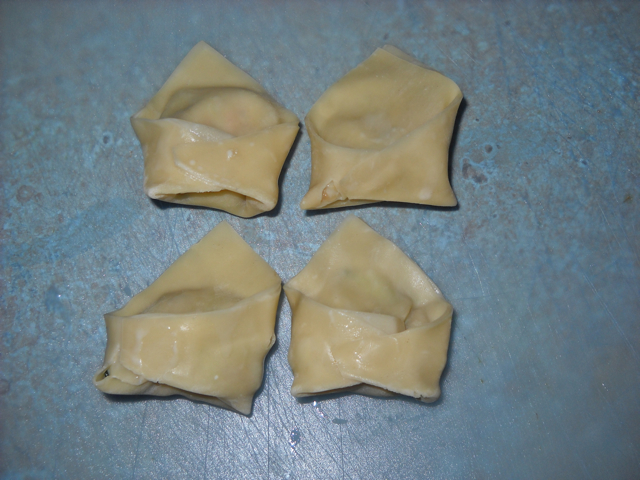 Next, bring the two points together in front and squeeze together to seal (place another drop of water between the points). Now you have your folded pot sticker! 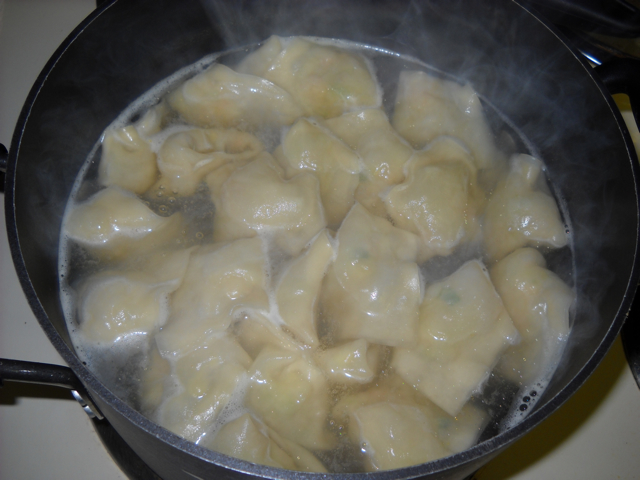 Bring six cups of water and three bouillon cubes to a rolling boil. Drop in about half of the pot stickers (you don’t want to over crowd) and boil until they all float like in the picture (about 7 minutes). Drain on a cooling rack that is placed over a baking sheet. 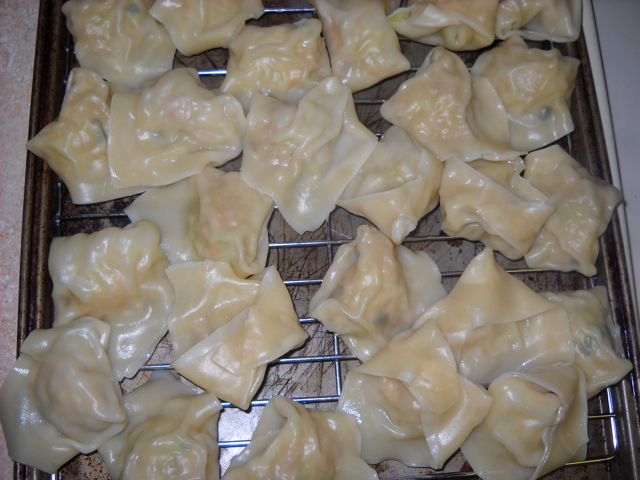 Here they are draining. See how lovely and transparent the skin gets? Boil the second batch as you move on to frying the first batch. 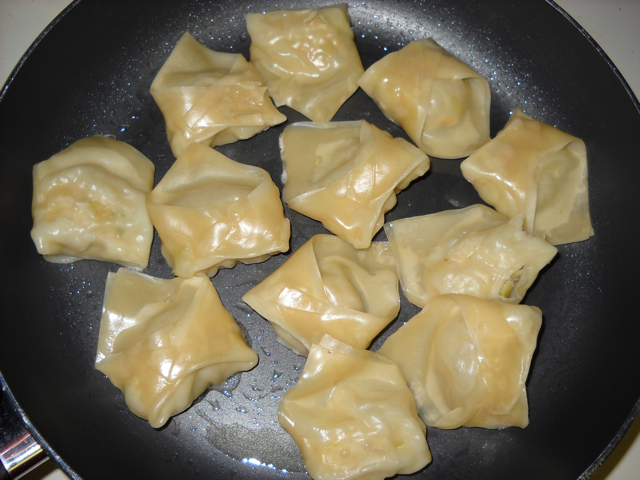 Heat a large non-stick skillet coated with non-stick spray over medium/high heat. Fry the pot stickers until they are golden brown and crispy on each side (2-3 minutes each side). Now they’re ready to eat! NOTE: Once again, I bought my groceries at a store that is generally more expensive this week because it was convenient. The ground pork was about $2/lb. more expensive than I would have normally paid. That being said, the recipe was still quite affordable (thanks to budget byting principle #2). I have not comparison shopped for won ton wrappers so I’m not sure if the price I paid for a pack of 52 was relatively high or low.

If you’re not sure where to find won ton wrappers, check in the produce department near the tofu and meat substitutes. They have to stay refrigerated so they are not usually near the other asian ingredients. Sometimes they can also be found frozen.

While these pot stickers were amazing, they are not one of those dishes that tastes *better* reheated the next day. They lose a little bit of their unique, delicate texture when reheated but still taste great and are quite filling. The best way to reheat these is to saute again in a non-stick skillet to retain the crisp texture. I will be taking these with me for lunch so I’ll have to use the microwave and lose some texture. Despite the loss of texture during the reheating process, I have still found myself excited when I remember that there are yummy pork pot stickers waiting to be snacked on in the fridge!