I made this basic cranberry sauce for my first Budget Bytes Thanksgiving and have made a different spin on it every year since. The original recipe is so easy and so delicious that it’s worth trying at least once. If you want something with a little more flare, kick it up a notch with raspberries and jalapeños!

The heat in this recipe is adjustable and you’ll definitely have to use your taste buds to get it right. Every jalapeño is different so some tweaking is required. I removed all of the seeds from my jalapeño, saved them, and added them back in little by little as the sauce cooked to increase the heat to the point that I liked. 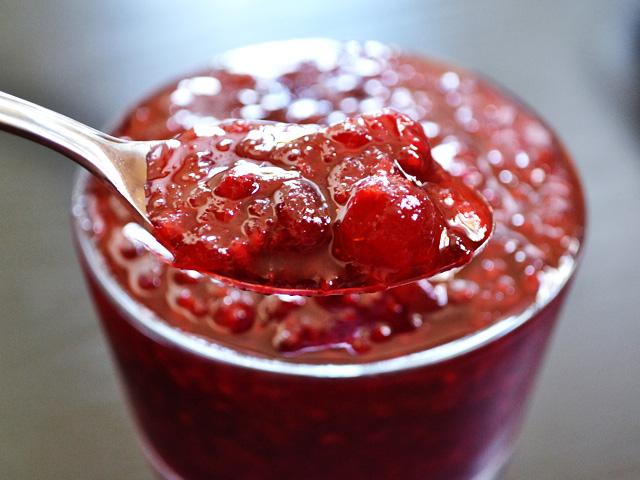 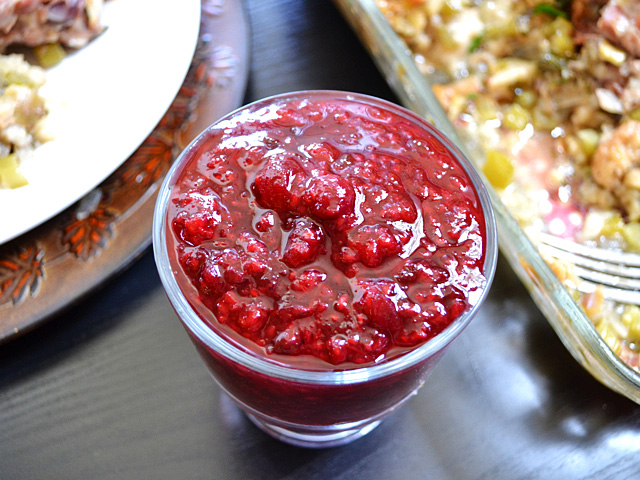 How to Make Jalapeño Cran-Raspberry Sauce – Step By Step Photos 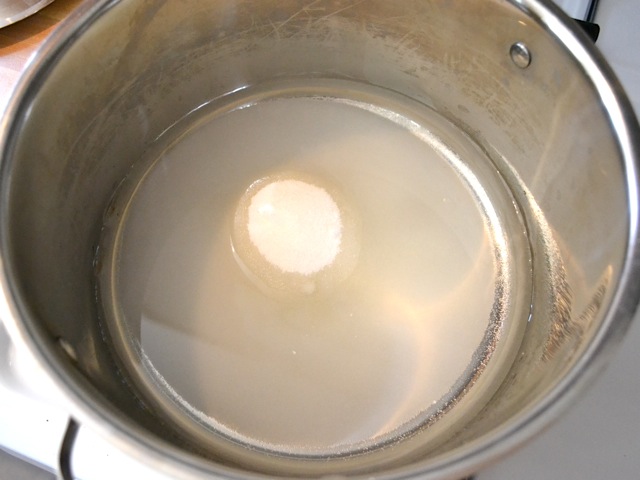 Start by dissolving the sugar in water over medium heat. Make sure your pot is big enough to hold the cranberries and raspberries. 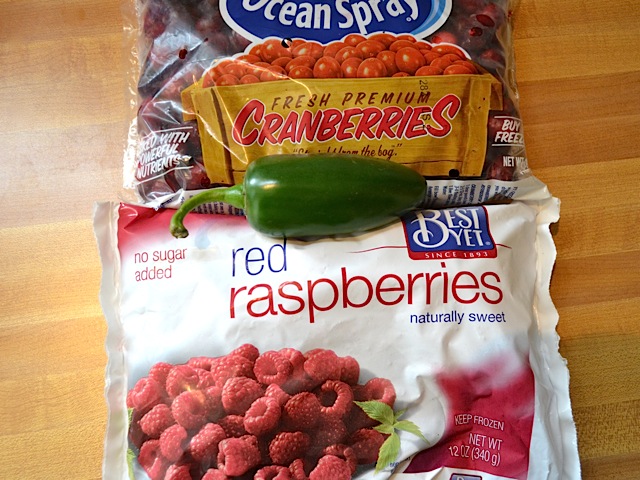 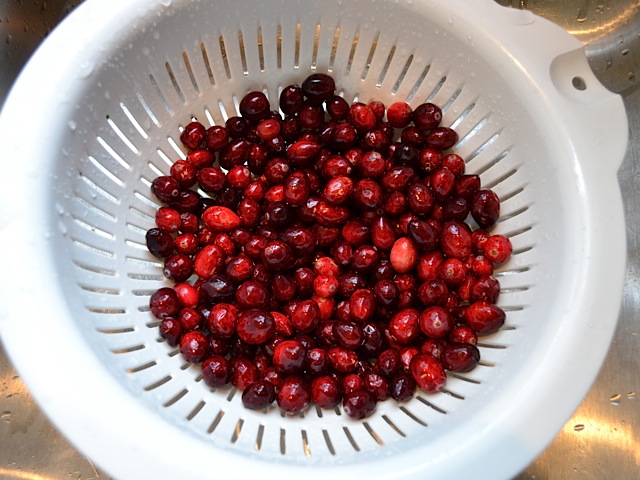 Rinse the cranberries under cool water and pick out any stems or bad berries. 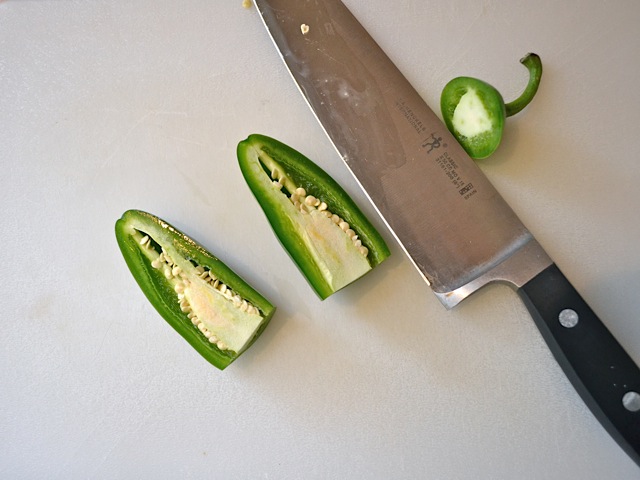 Cut the stem off of the jalapeño and then slice it lengthwise. Use a spoon to scoop out the spine and seeds. Save the seeds for later use. 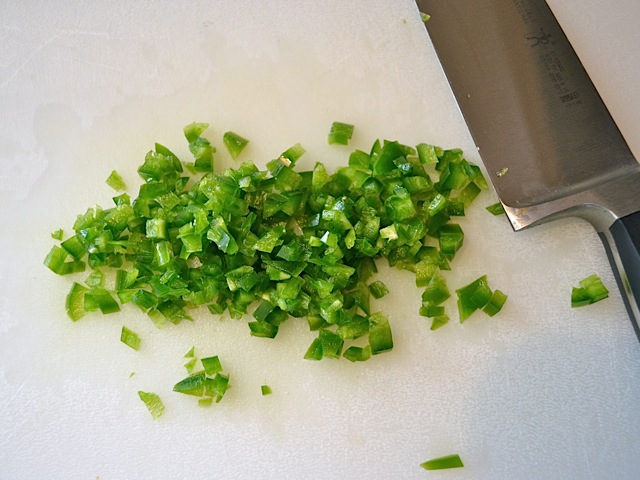 Mince the jalapeño. Now, GO WASH YOUR HANDS… and don’t touch your eyes or … other sensitive areas. 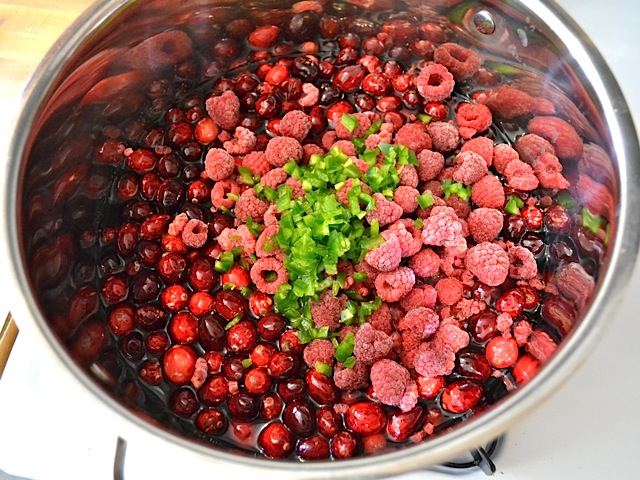 Add the cranberries, raspberries, and jalapeño to the pot. Cover it, increase the heat to high and bring it up to a boil. You can actually get the cranberries and raspberries going while you’re prepping the jalapeño, and then just add them later. 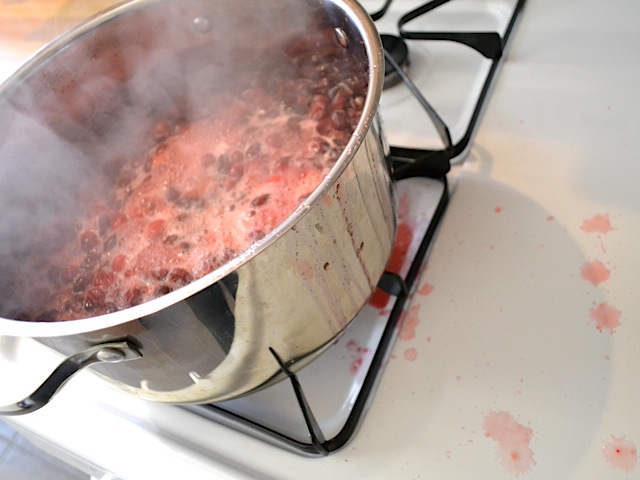 Keep an eye on the pot and reduce the heat to medium-low as soon as it reaches a full boil. Do not turn the heat on high and then leave the room and get distracted by facebook… because then you’ll have this mess on your hands. 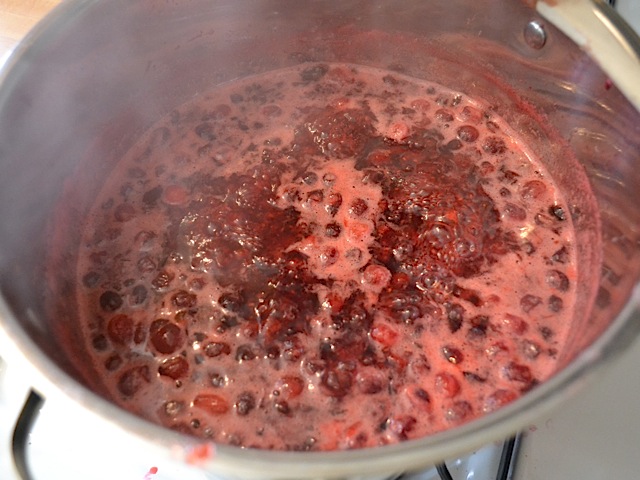 When you stop hearing the cranberries pop, it’s safe to remove the lid. Stir in the cinnamon and cloves. Let the mixture simmer without a lid for 30-45 minutes or until it has reduced and thickened slightly. During the simmer process, give it a taste and adjust the heat by adding in jalapeño seeds. You can also adjust the tartness by adding some lemon juice. 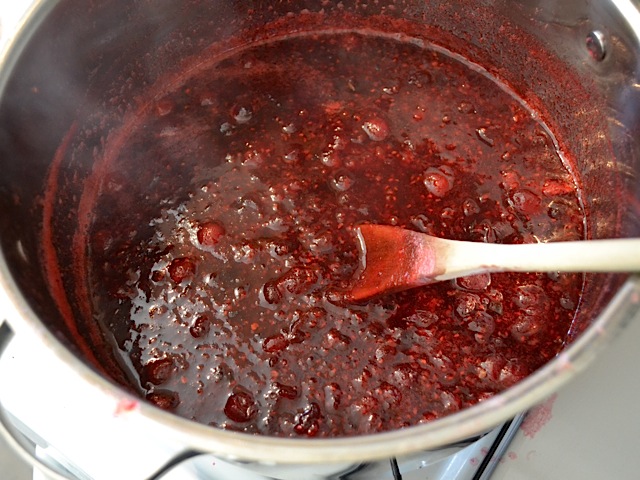 And after 30 minutes or so of simmering, it will be a deliciously vibrant jalapeño cran-raspberry sauce. Good on just about everything!