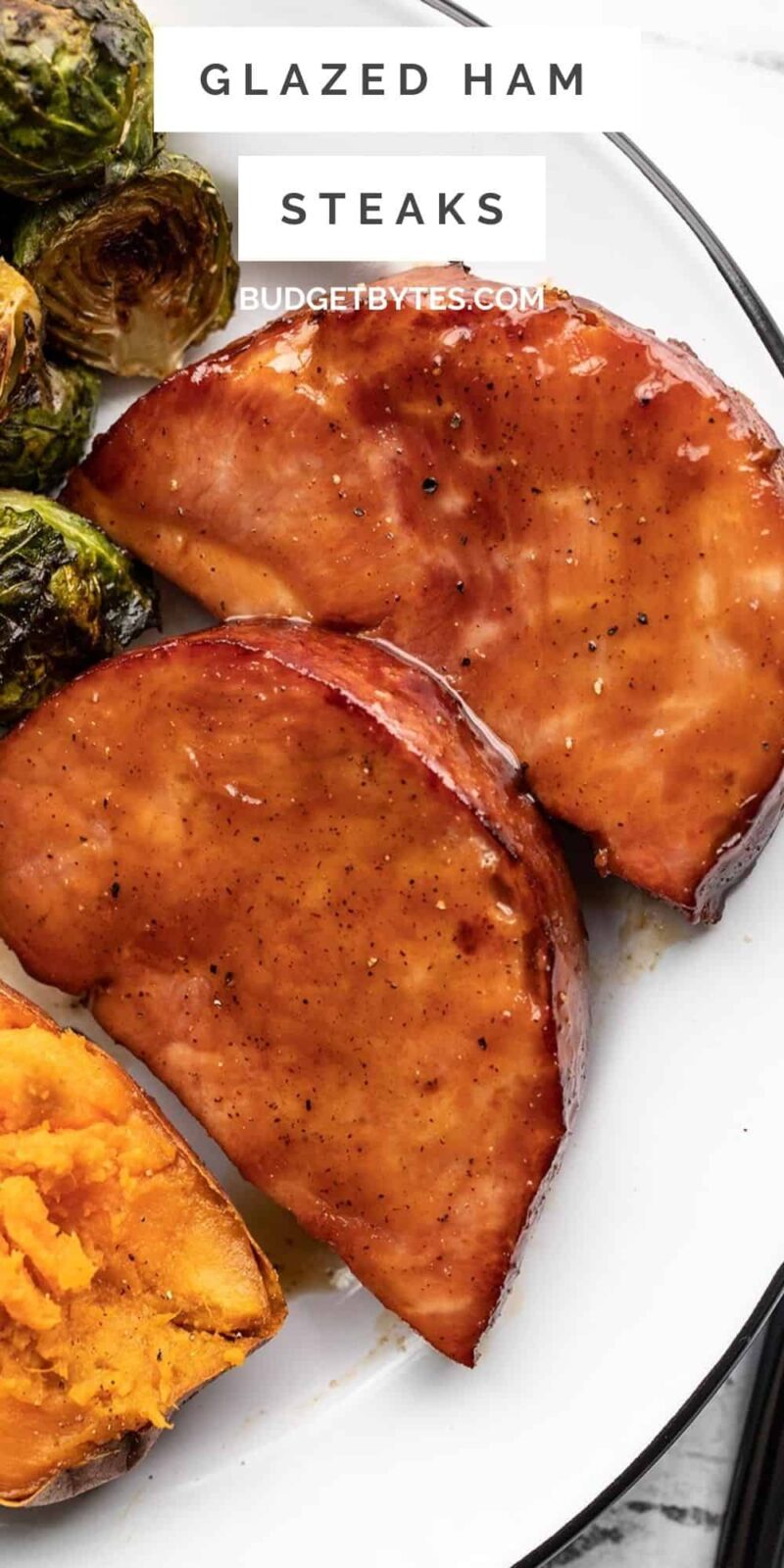 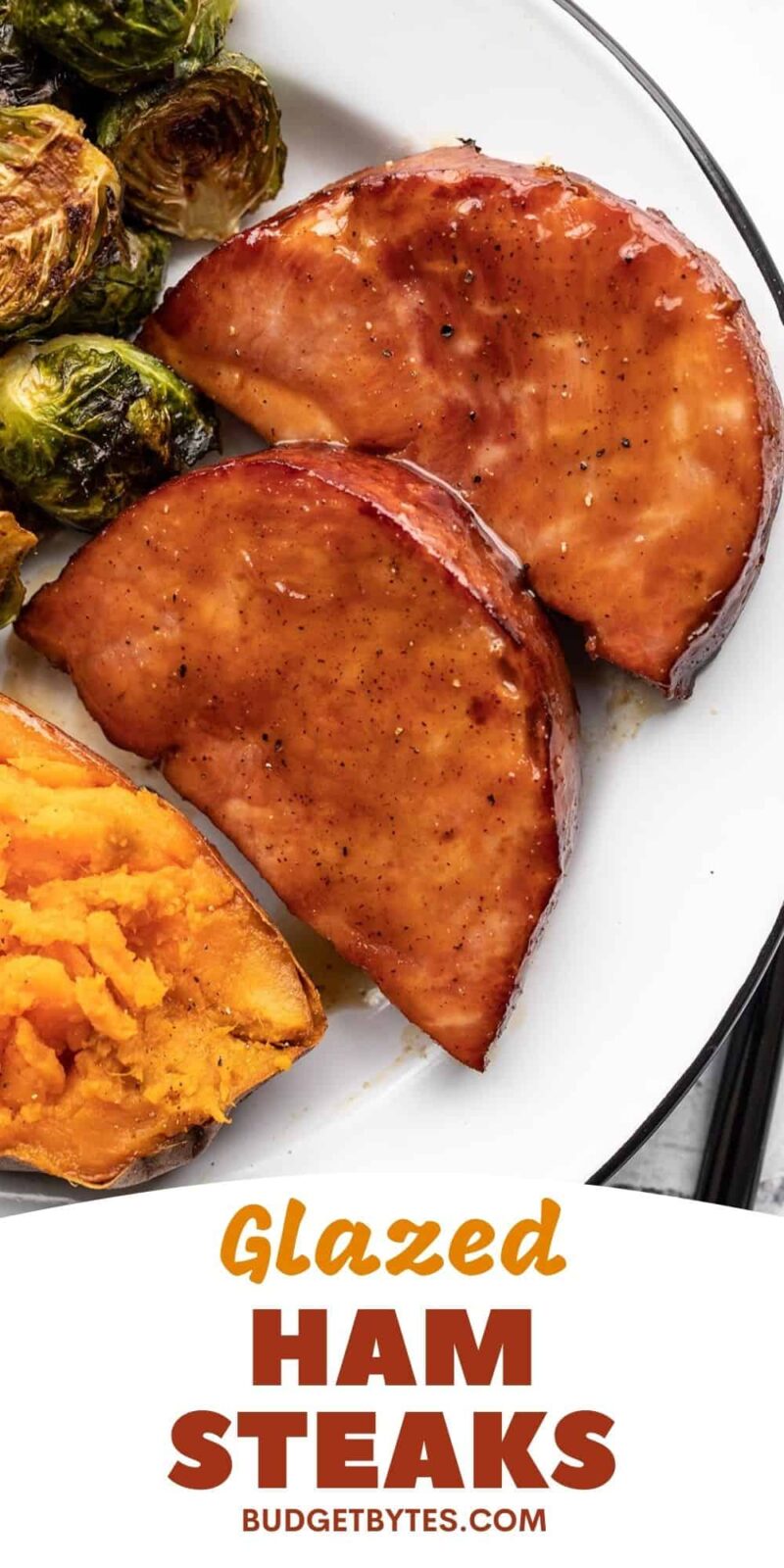 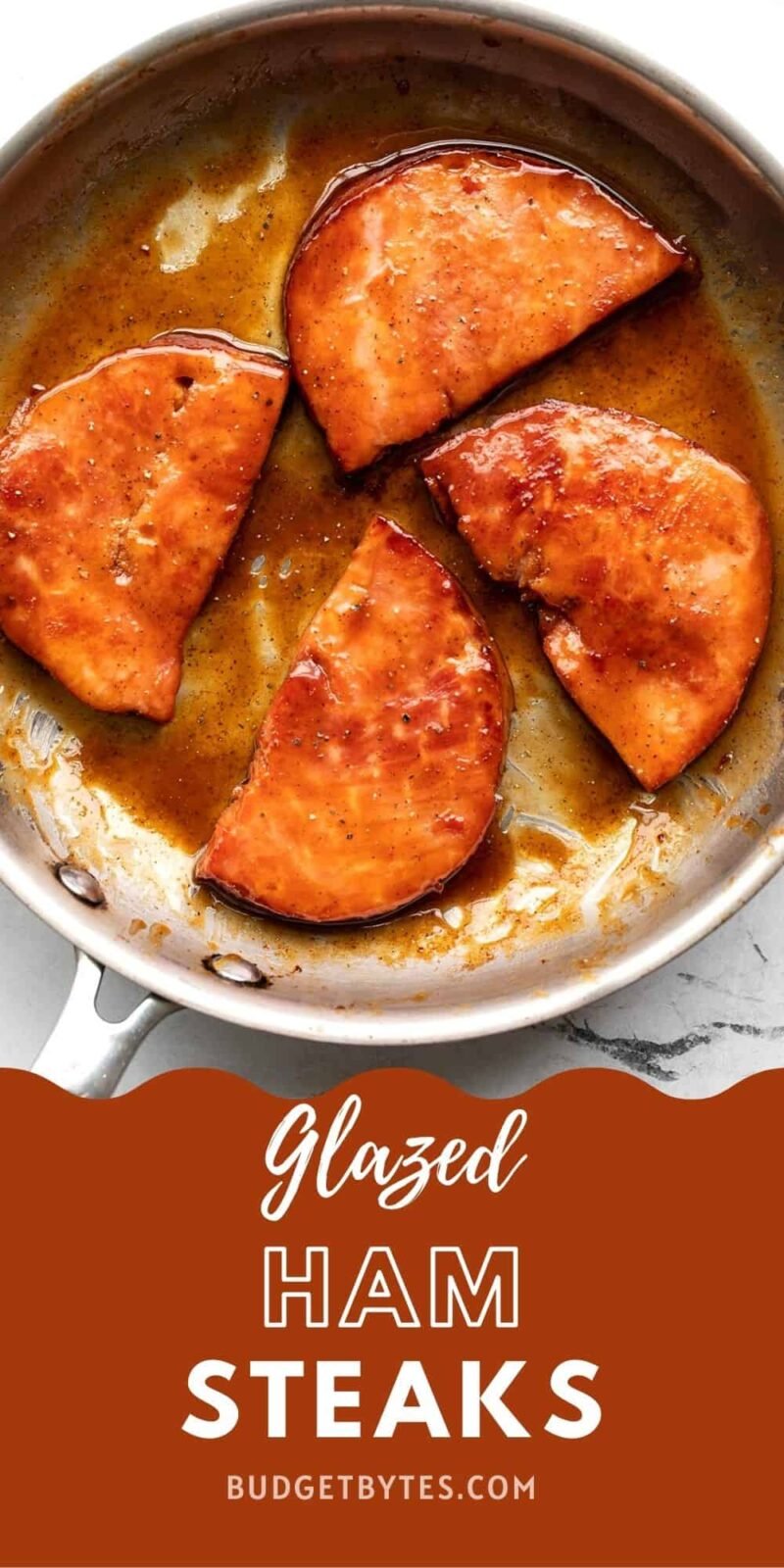 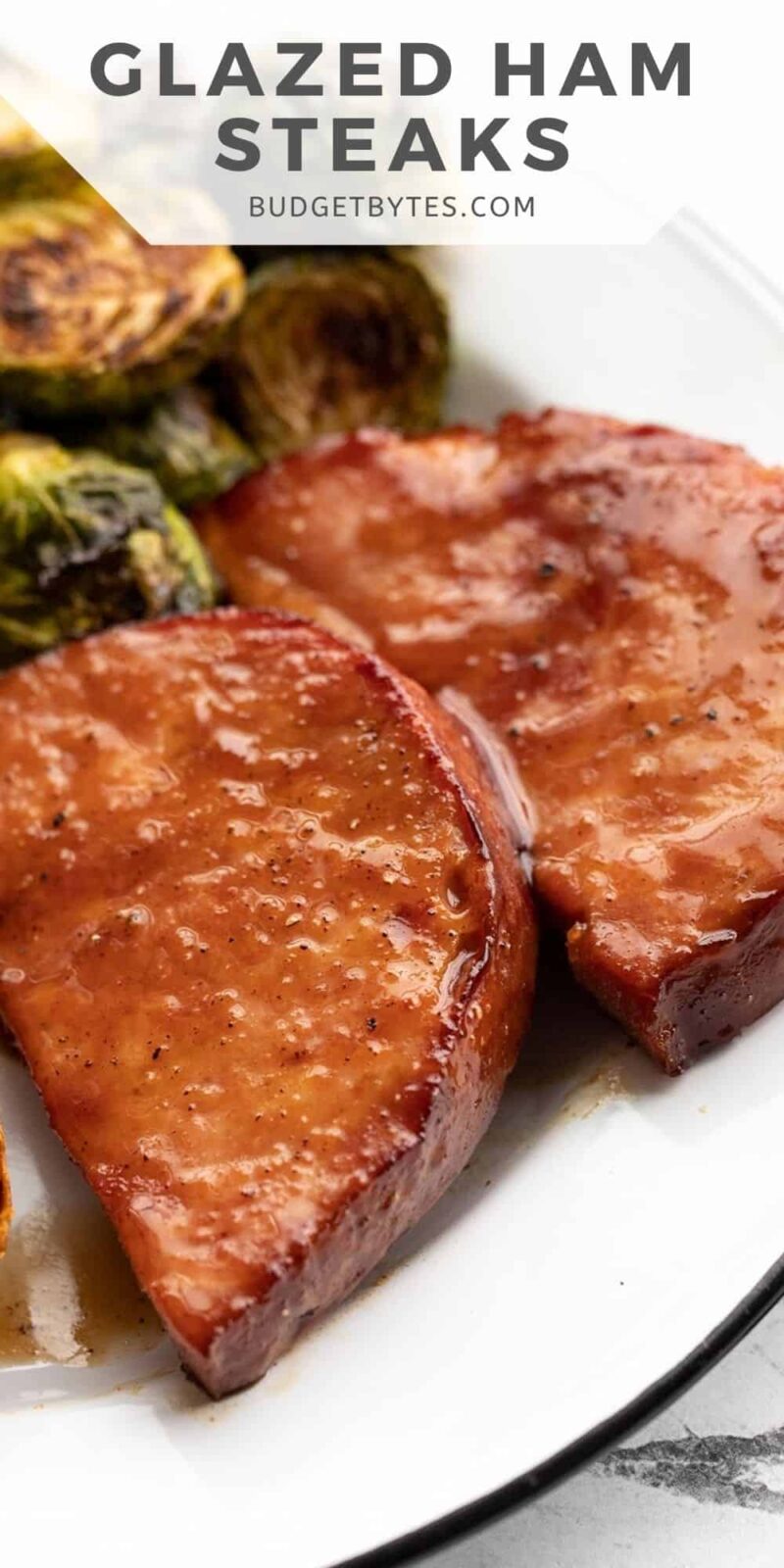 I don’t know about you, but it feels like Thanksgiving was just yesterday and I’m not ready to make another big dinner yet. So for Christmas, I’m making these super simple ham steaks instead of a full glazed ham. They’re so incredibly quick, I get my ham fix, and I can spend Christmas day relaxing. 😎 These glazed ham steaks are so good and so easy that they’ll probably be making their way into my normal dinner rotation, too.

Shown with Roasted Brussels Sprouts and a baked sweet potato.

What Kind of Ham to Use

I like a thick-cut (½-inch thick) sliced ham steak for this recipe because it gives it more of a main-dish type feel. There are many options for sliced ham or sliced ham quarters in the grocery store (near the refrigerated cured meats) and you can use just about any of them. If you end up with ham that is sliced more thinly, you’ll just cook for a shorter amount of time during the browning step below. And you may need to make more glaze if you’re trying to cover more pieces.

The glaze I used here is a sweet and slightly tangy mix that reduces to a nice sticky glaze. You can’t really taste the Dijon mustard in the end, but if you don’t like Dijon or simply don’t have any on hand, you can also use a sweet-spicy-smoky rub like I used in my Glazed Pork Chops recipe.

How are the Leftovers?

I love, love, loved eating the leftovers of this ham. So much so that I think I might meal prep this on a regular basis! Glazes like this don’t stay clear and glossy after refrigeration, but they still taste great!

What to Serve with Glazed Ham Steaks

I served my glazed ham with Roasted Brussels Sprouts and a baked sweet potato, but it would also go great with classics like Homemade Mac and Cheese, Potato Salad, Three Bean Salad, Roasted Broccoli, or a Broccoli Cheese Casserole.

5 from 3 votes
Glazed ham steaks are a quick and easy dinner idea that only takes a few ingredients and about 15 minutes to prepare.
Author: Beth – Budget Bytes 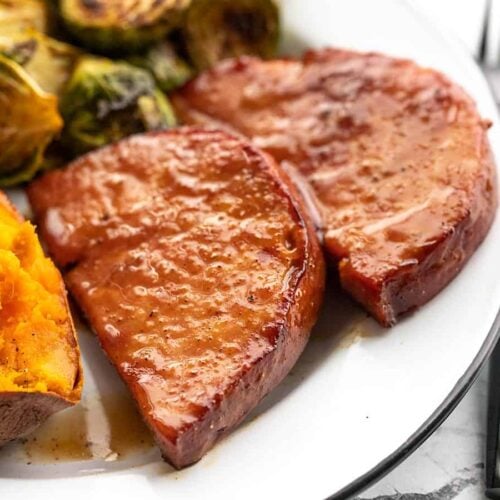 How to Make Glazed Ham Steaks – Step by Step Photos

These are the ham steaks I used. You can use any type of ham steak available, but if they are thinner than ½-inch, you’ll need to reduce the cooking time from the estimates I have given.

Each of the ham steaks were 8oz., so I cut them in half to create four 4oz. portions. Portion your ham as you see fit.

Add 1 Tbsp butter to a large skillet and heat over medium. When the butter is melted, give the skillet a swirl to coat the surface. Add the ham and cook for a few minutes on each side, or until browned.

Spoon half of the glaze mixture over the ham steaks, then flip them over and add the rest.

Cook the ham for a minute or two more on each side, or until the glaze has reduced.

Serve hot with your favorite sides!