When someone suggested that I make soda bread for St. Paddy’s day, I have to admit, I cringed a little. I tried making soda bread once, maybe twice, about ten years ago and it was a complete disaster. It was a ten pound, tasteless, brick-like disaster. 😅 But, I decided to be brave and try it again, with the help of the experts at Epicurious. Their Brown Butter Soda Bread was nothing short of AH-MAZ-ING. Now I see what all the fuss is about!

If you’ve never had soda bread, it’s kind of like a big scone. It uses baking soda and/or powder for leavening instead of yeast, and it isn’t kneaded so it has a crumbly, scone-like texture. Couple that texture with the sweet, nutty flavor of browned butter and oats, and you’ve got one incredible bread! This recipe uses rosemary and black pepper for extra flavor, but I have no doubt that it would be just as good without them.

I made a couple of small changes to Epicurious’s Brown Butter Soda Bread to meet what I had on hand ingredient wise. First, instead of buttermilk, I substituted regular milk with lemon juice stirred in. This vital because you need the acid to activate the leavening power of the baking soda and powder. Second, I used some whole wheat flour, which I think added to the sweet, nutty, graham-like flavor of the bread. Lastly, I used dried rosemary instead of fresh.

Oh, and I also made one mistake – I baked one big loaf of Brown Butter Soda Bread instead of dividing it into two smaller loaves. It still baked up fine, but it would be easier to divide into portions if it were in two smaller loaves. 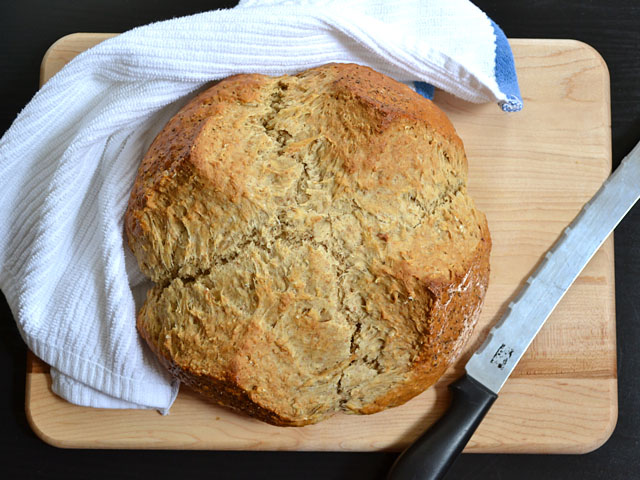 4.80 from 5 votes
Browned butter gives this rich soda bread a richer, nuttier flavor. Serve this brown butter soda bread with your favorite soup and stew for a hearty meal.
Author: Adapted from Epicurious 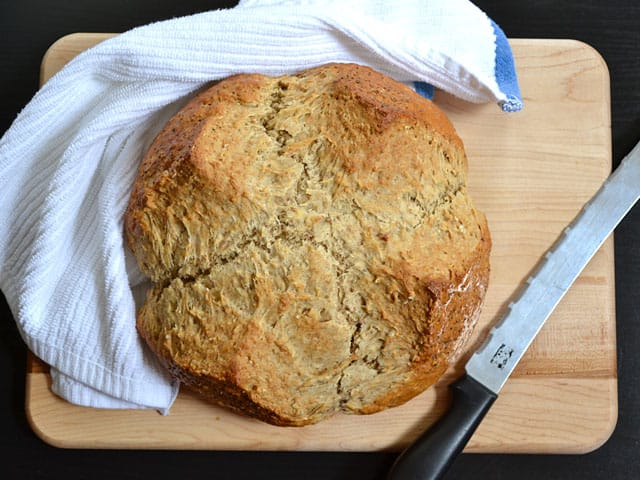 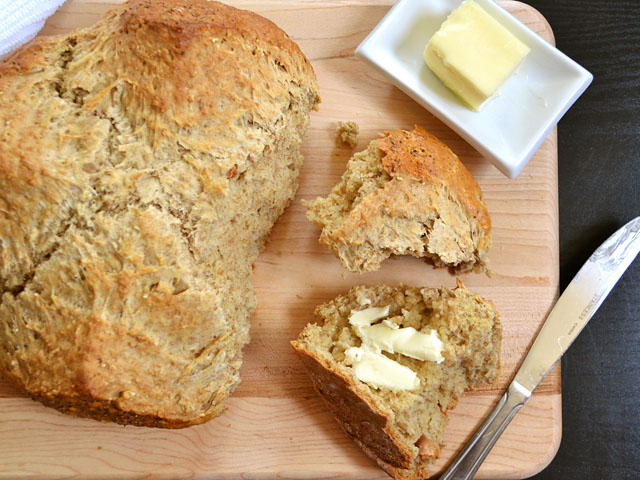 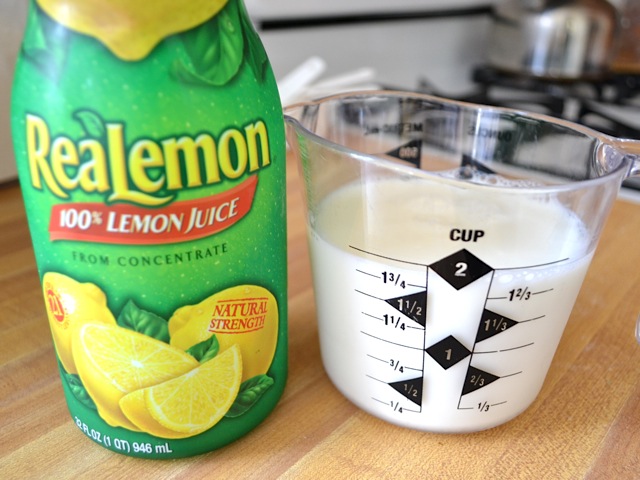 First preheat the oven to 375 degrees. Make the buttermilk substitute by stirring 1.75 tablespoons of lemon juice into 1.75 cups of milk. Let it sit until you’re ready to add it to the dough. 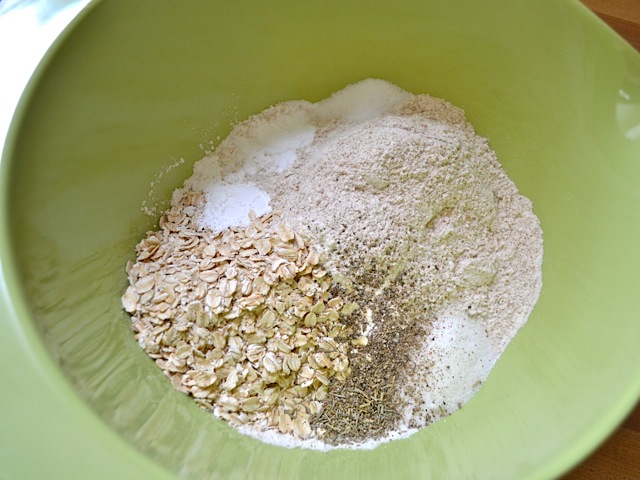 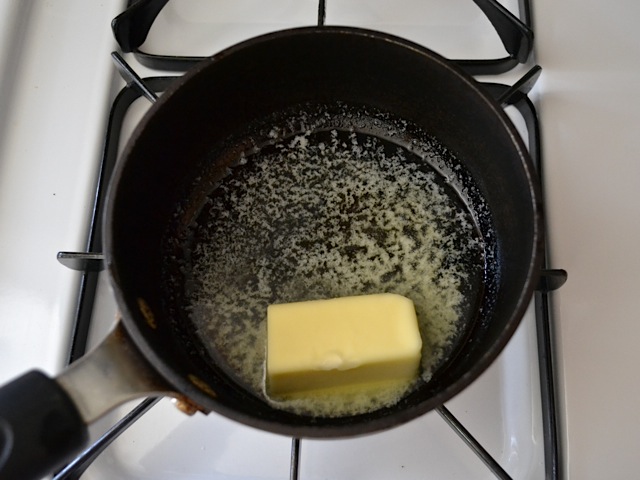 Begin to melt the butter in a small pot over medium heat. Continually swirl the butter as it melts. 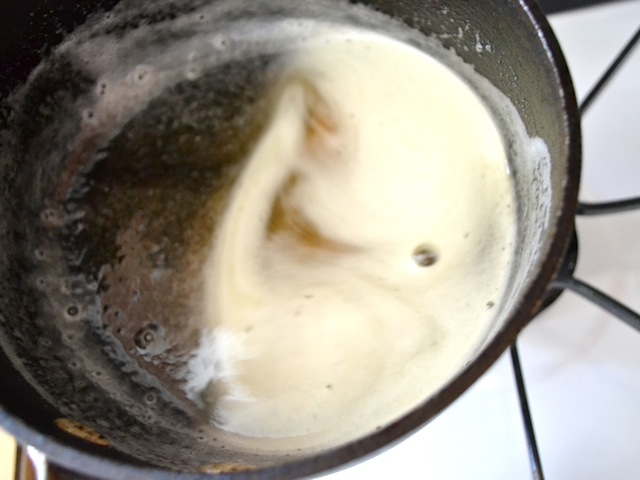 Keep swirling and cooking the butter until it turns golden brown and then turn off the heat. This was hard to get a photo of because there was still some foam on top, but the solids that had sunk to the bottom had browned. Another way to tell is that the butter will take on a sweet, nutty aroma. 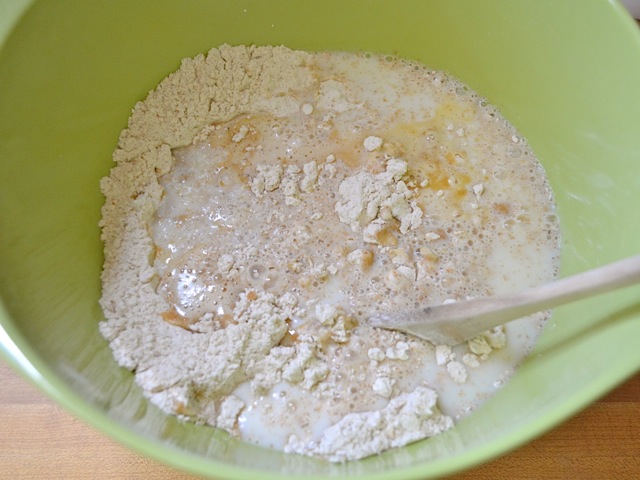 Pour the prepared milk mixture and the browned butter into the bowl of dry ingredients. 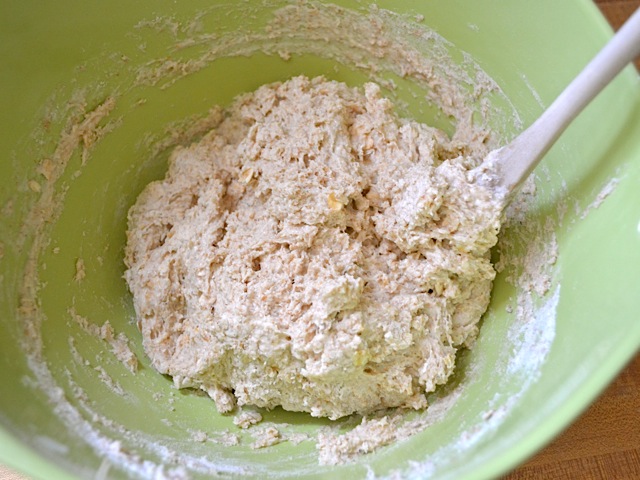 Stir just until there is no dry flour left on the bottom of the bowl. The dough will be quite wet and sticky. 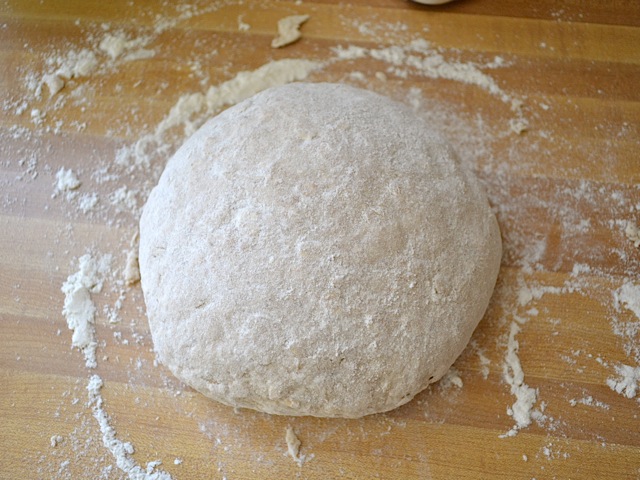 Turn the wet dough out onto a well floured surface and knead as little as possible (less than ten turns) to form a cohesive ball of dough. Kneading too much will develop the gluten in the flour and leave you with a dense, chewy bread. Divide the dough into two pieces and shape each into a ball. 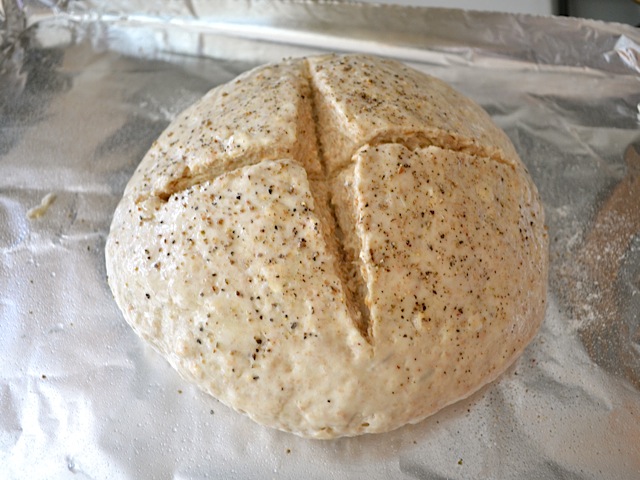 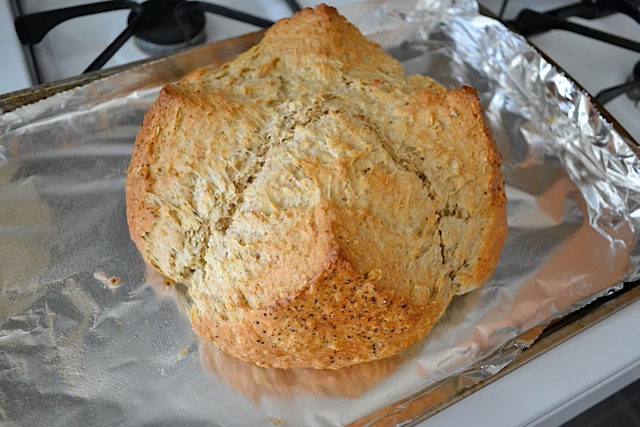 Bake in the preheated oven for 45 minutes or until the outside is a deep golden brown. Allow the bread to cool and then break each loaf into four portions. 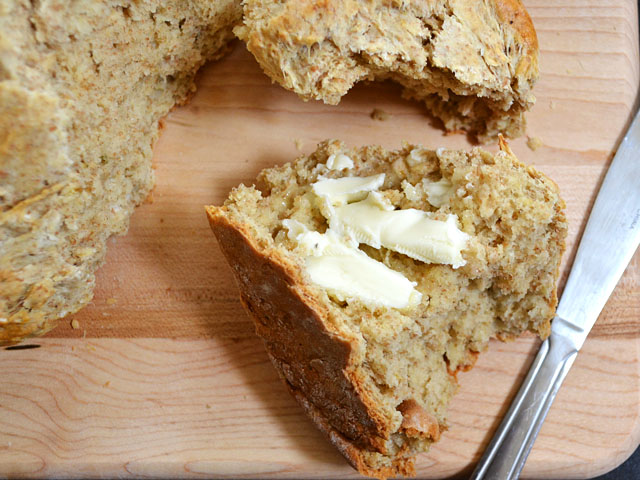 Enjoy with butter and jam! Even though my bread had black pepper and rosemary, I think it would still be excellent with sweet jam. The herbs were not at all over powering.