I usually like to make my own version of recipes, but every now and then I come across a recipe that just looks too perfect to change. This recipe for Lemon Pudding Cakes that I found on Food & Wine was one of those.

I LOVE lemon, especially in desserts, and this recipe looked light enough to be enjoyable without making me feel sick afterwards. The top is light and fluffy like an angel food cake and the bottom is a gooey like pudding. That’s the best of both worlds, right there.

This recipe will make you flex your kitchen skills, with all of the egg white-whipping, gentle folding, bain marie making, and lemon zesting, but the work is well worth it. Just make sure to give the instructions a good read (or two) because it is slightly complicated.

The only change I made was to scale the recipe down to two servings because I only have two ramekins and not six. …well, and I also don’t have six people sitting around waiting for dessert. My lemon pudding cakes didn’t turn out quite as pudding-y as the photos on the original recipe, but this was still one of the best desserts that I’ve ever had. I felt like a Goldie Locks who had just found the one that was juuuuussst right. Light, sweet, and slightly gooey – perfect! 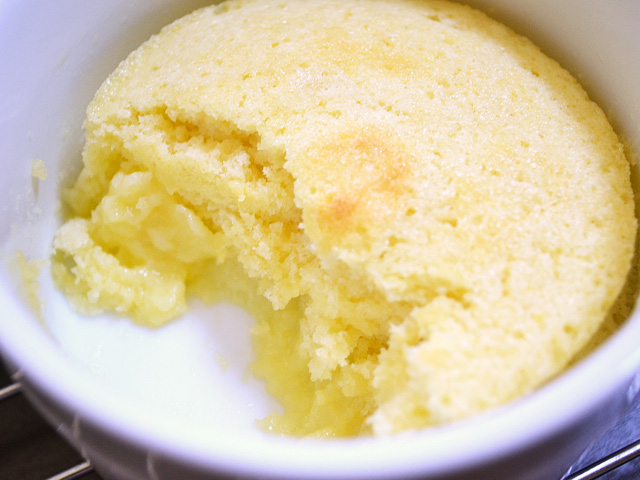 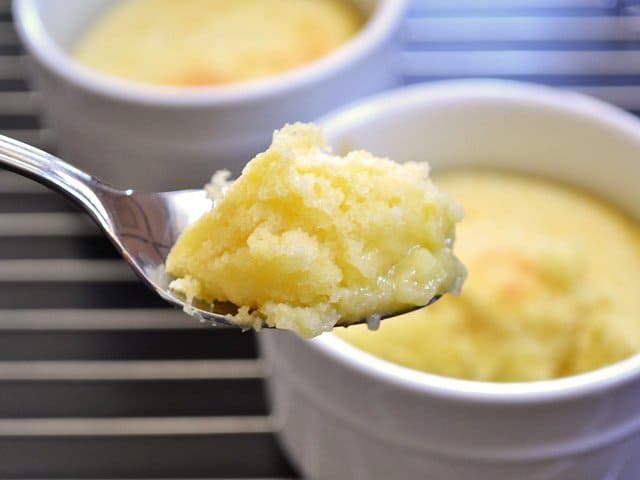 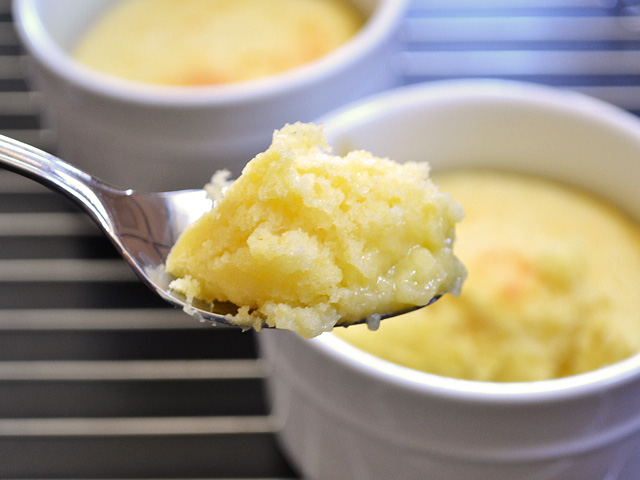 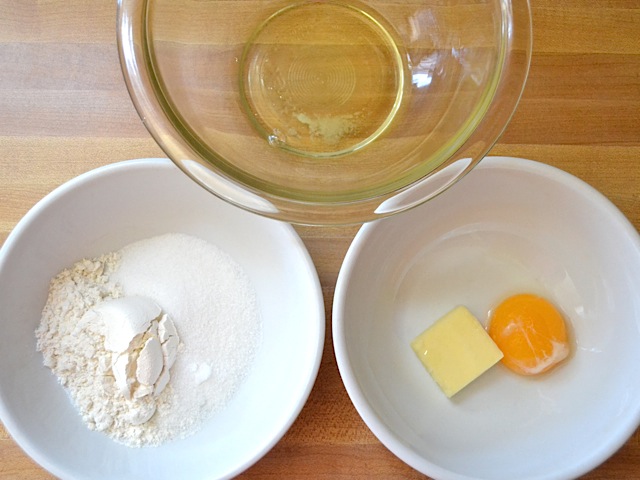 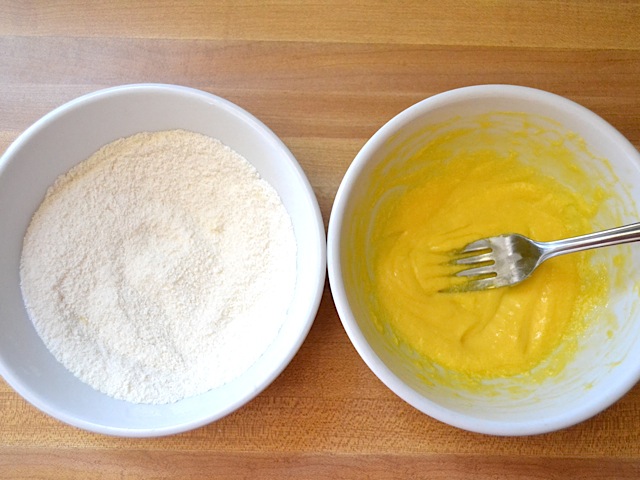 Place the bowl with the egg white in the refrigerator until you’re ready to whip them (they whip easier when cold). Stir together the flour and sugar. Whisk together the butter (make sure it’s room temperature) and the egg yolk until smooth and creamy. Since this is such a small quantity, I just used a fork instead of a large whisk. 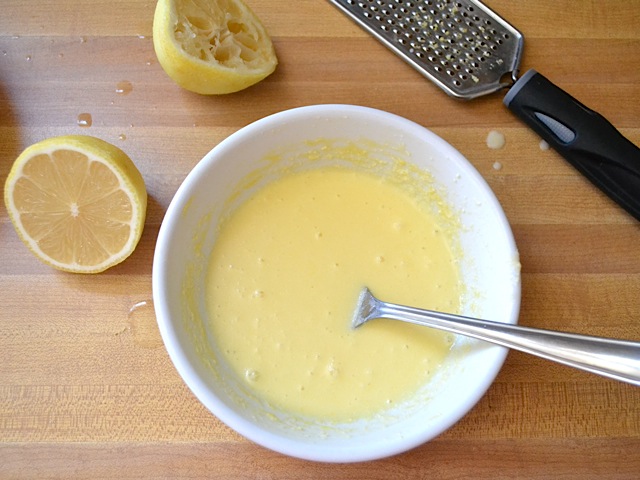 Add the milk to the butter/yolk mixture. Zest the entire lemon into the bowl and add juice from just half of the lemon (about 1-2 tablespoons). The lemon juice curdled my egg yolk a little, so it looked lumpy, but it didn’t seem to affect the final product. Lastly, stir the flour and sugar into the lemon mixture (forgot the picture of this step). 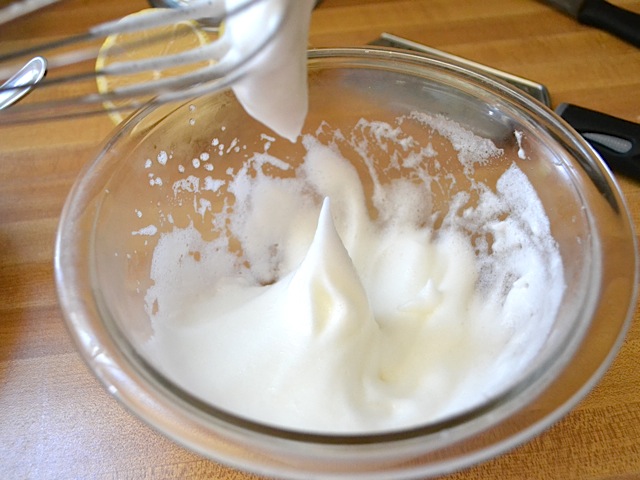 Now it’s time to whip your egg whites. Add a pinch of salt before you begin and again, since it’s such a small quantity, I just did it by hand. Two things: you have to whip egg whites in a glass or metal bowl. Plastic retains a oily film, which will prevent the whites from whipping. For the same reason, the whisk needs to be completely clean. It took some elbow grease, but probably less than five minutes to reach stiff peaks (peaks that stand up straight without slumping). 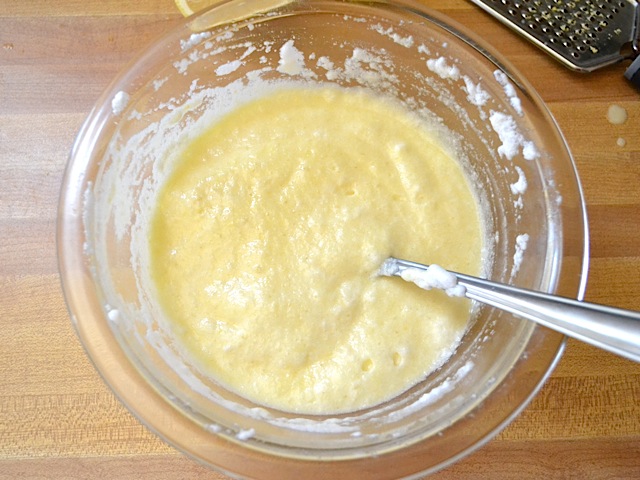 Gently fold the lemony mixture into the whipped egg whites. It likely won’t be completely smooth, but that’s okay. You don’t want to deflate the whole thing in attempt to make it smooth. 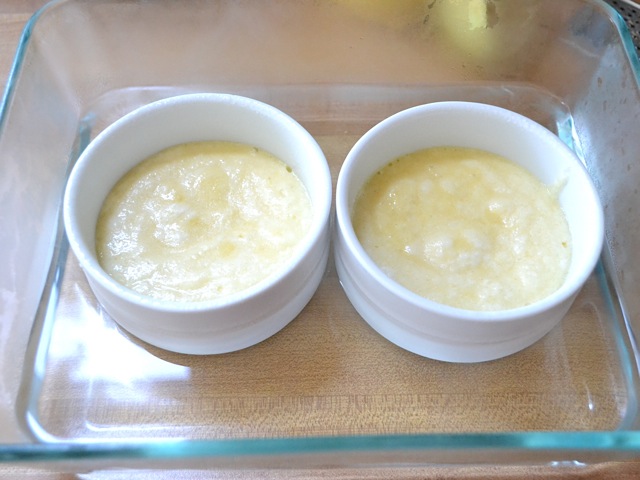 Pour the mixture into two ramekins that have been coated with non-stick spray. Place the ramekins in a casserole dish and add hot water around them. I used a tea kettle to heat water until it was steaming, but you could also use your microwave. Add enough water to reach half way up the outside of the ramekins. 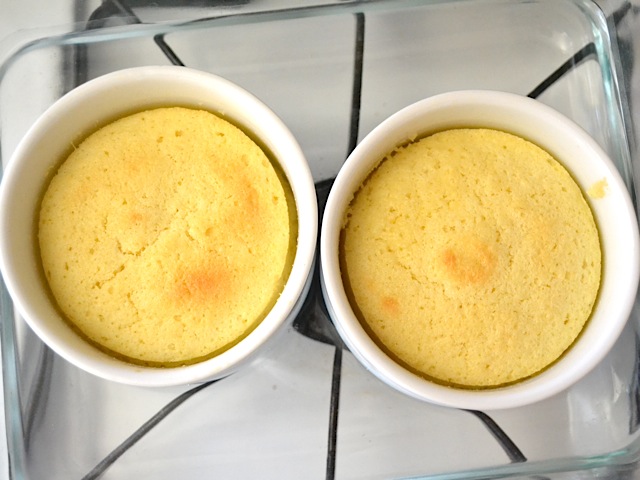 Bake in a preheated 350 degree oven for about 35 minutes or until the tops are golden brown. Allow the cakes to sit for 10 minutes before eating. 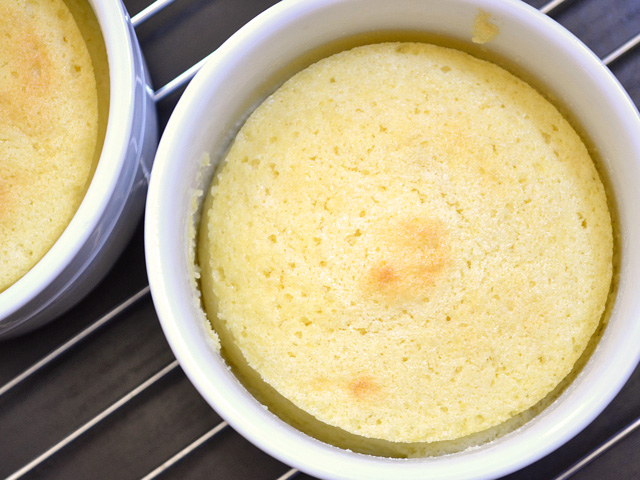 YUM. Soft and fluffy on top, soft and gooey underneath!

Posted in: Dessert Recipes, Recipes under $3, Under $1 per serving, Vegetarian Recipes