Baked potatoes are amazing, right? They’re yummy, filling, super inexpensive, and a blank slate for whatever flavors you want to add. The only problem is that they take forever to cook and I never want to heat up my whole oven for just a few potatoes.

I’ve seen the slow cooker technique around the internet for a while, but hadn’t gotten around to trying it out… Until this weekend when I got an email from Monica raving about how awesome it is to have potatoes ready and waiting for her when she gets home from work (thanks Monica!). I knew it was time to try it out and share the knowledge.

So, I did a little research to get the tips and tricks from those who had tried it before, and I set to work. I cooked four potatoes, about 1/2 pound each in my 6 quart (I think) slow cooker. I probably could have fit six potatoes, but from what I’ve read you don’t want to over fill the cooker or the potatoes on top won’t cook as fast. I was a little short on time, so I opted for cooking for four hours on high instead of 8 hours on low. My potatoes were fantastic and probably would have been just fine with an extra hour of cooking.

The cooking time needed will depend on the size of your potatoes and the strength of your particular slow cooker, but the general guidelines are as follows: 4-5 hours on high or 8-10 hours on low. Have them cooking while you’re out and about taking care of other things and then dinner is just a hop, skip, and a jump away when you get home! Love it! 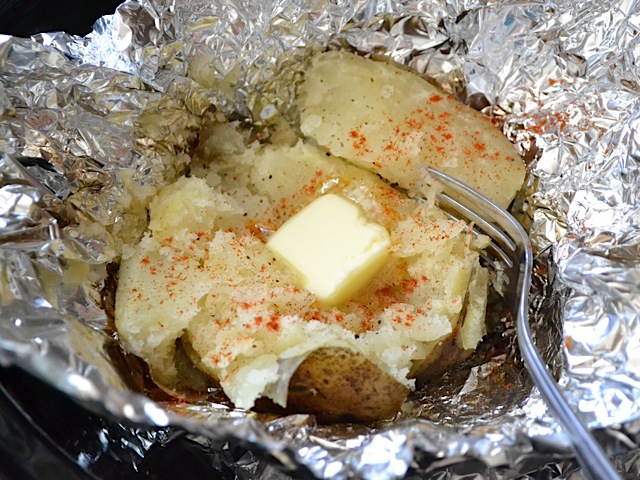 how to: slow cook potatoes 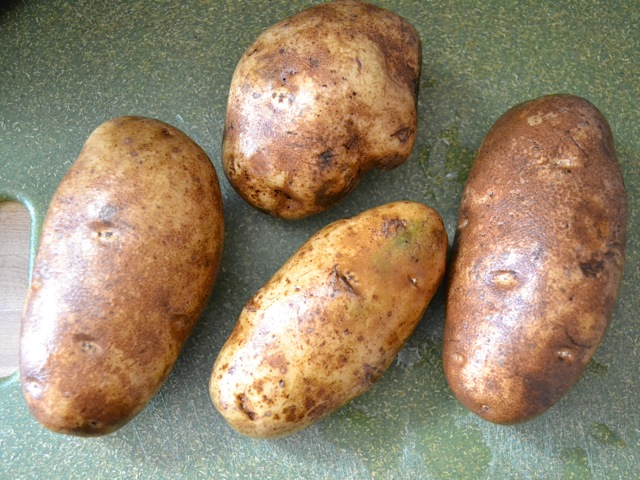 First wash the potatoes well. Dry them off with a clean cloth or paper towel. 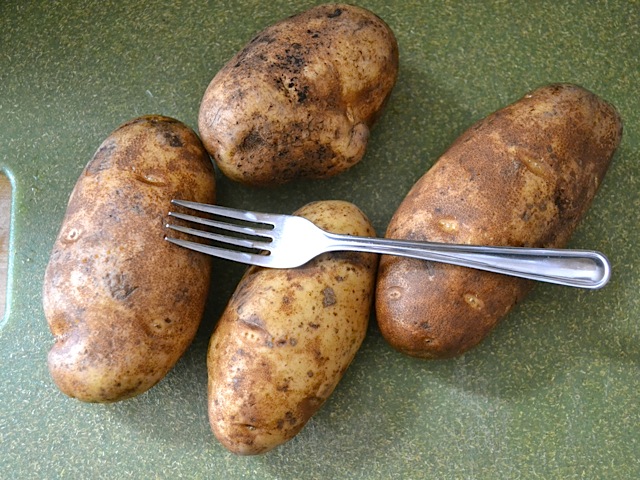 As with any cooking method, you’ll want to prick holes in the potato skins to allow the steam to escape as they cook. Just take a fork and stab them each several times all over. 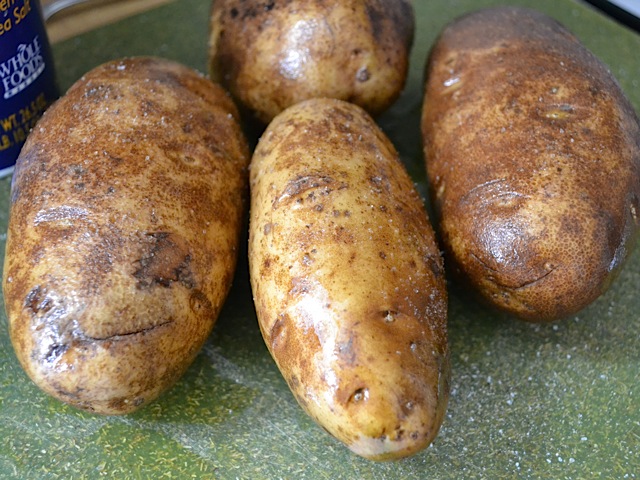 Take a little bit of olive oil and rub it all over the potato skins, then sprinkle on some salt. This helps give the skins a really great texture. It’s hard to explain the texture of the skin after cooking, but they weren’t dry and leathery. The skin almost burst when I opened the potatoes… kind of like how sausage skins snap when you bit into them. It was great. 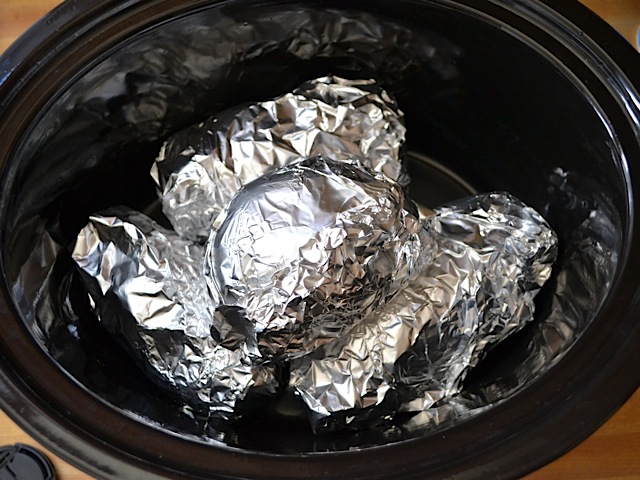 Wrap each potato in a piece of foil. This will encapsulate each potato with steam, which will help it cook. Nestle the potatoes down into the slow cooker, place the lid on top, and then cook on high for 4-5 hours or on low for 8-10. 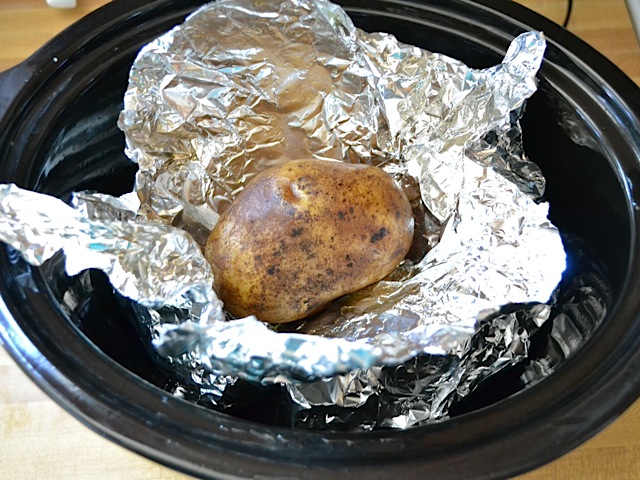 And then when it’s done, unwrap your little earth nugget like it’s the best Christmas present you’ve ever received. Yes, I was almost that excited (except that this was on Cinco de Mayo and I was more excited about chips, salsa, and margaritas).

Slice the potato down the middle and then push each end in towards the center to make it pop open. Now it’s ready for any toppings that your heart desires! I sprinkled on a little salt, smoked paprika, and added a pat of butter. Delicious simplicity!

What are your favorite baked potato toppings?