Happy Monday! I hope you had a fantastic weekend. Because our heat indices were in the 110’s this weekend, I played it safe and stayed inside (read: “was lazy”). I topped off my lazy Sunday by making a batch of these Apple Pie Scones. Coffee + fresh scones + movie = best Sunday afternoon ever!

I love scones because they’re only ever so slightly sweet, go great with coffee, and they freeze really well. So, I can whip up a batch, then toss them in the freezer after they cool. That way I can pull out just one of Apple Pie Scones at a time on mornings when I want something a little extra special, or grab a couple if unexpected guests stop by. They thaw fairly quickly at room temperature, but you can also pop them in the microwave for 15-30 seconds for a nice warm treat.

The shredded apple and unsweetened apple sauce make these scones a little more moist than most scones and allowed me to cut down a little on the added sugar. If you happen to live in an area where you can get real maple syrup for a decent price, you can substitute maple syrup for the sugar for even more flavor. 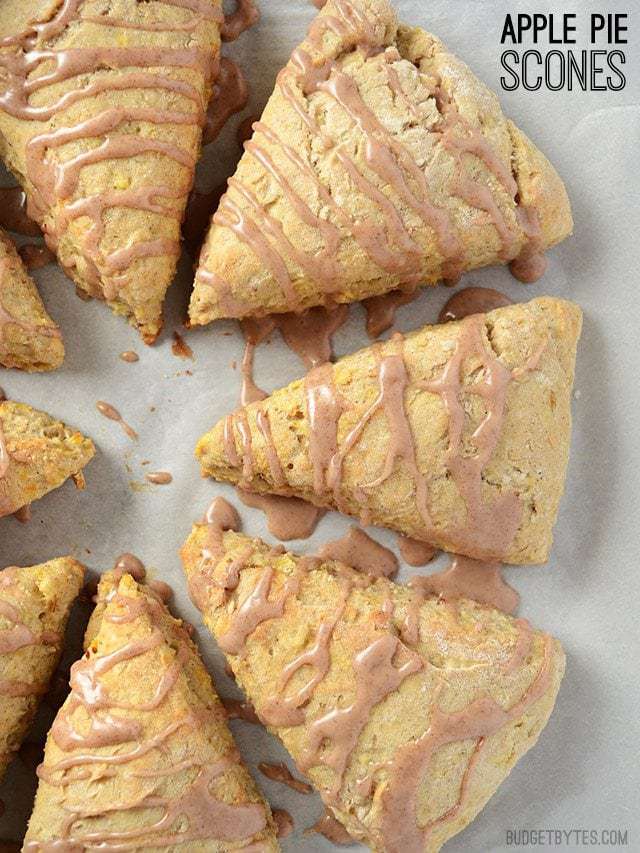 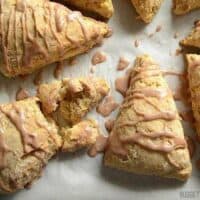 *Because these scones do not contain a lot of sugar, use a sweet variety of apple, like Braeburn. Avoid overly tart varieties, like Granny Smith.
Nutritional values are estimates only. See our full nutrition disclosure here.
Tried this recipe?Mention @budgetbytes or tag #budgetbytes on Instagram! 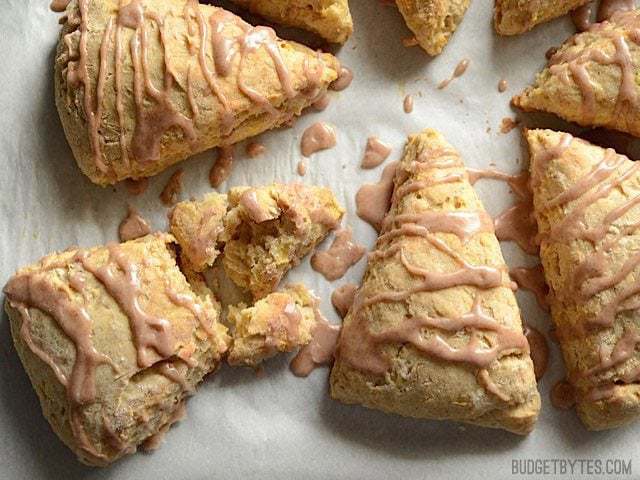 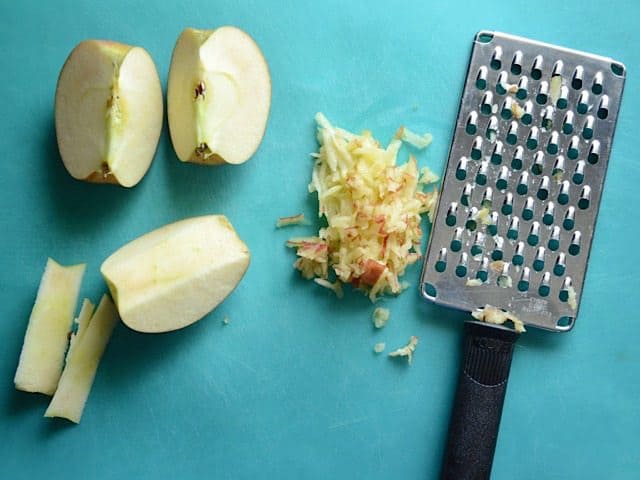 Preheat the oven to 400 degrees. Wash a medium apple well, then cut into quarters. Cut the core out from the center of each quarter. Use a box grater or a large holed cheese grater to shred the apple (this yielded about 1.25 cups of shredded apple). 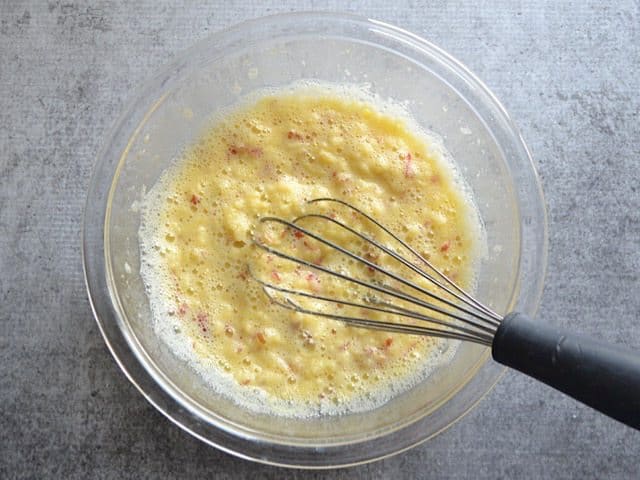 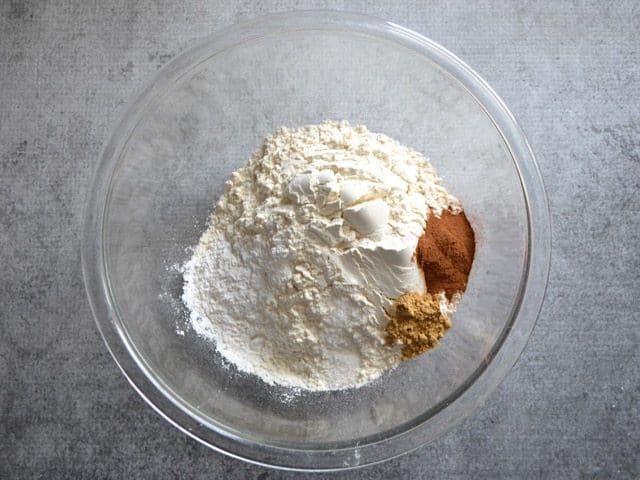 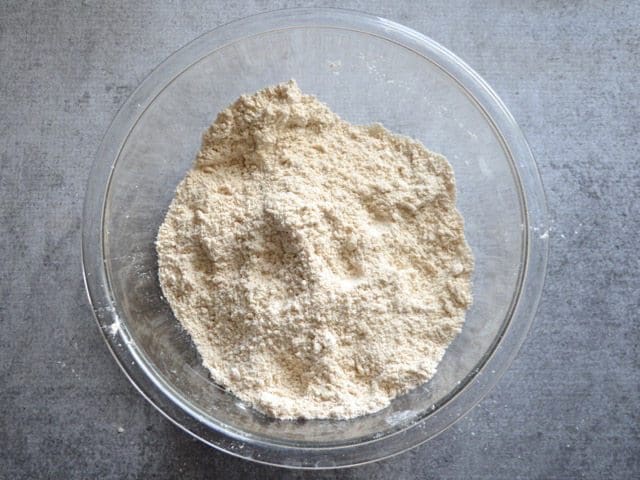 Add 5 Tbsp COLD butter to the flour mixture and work it in until it resembles coarse, damp sand. I just use my hands to kind of smush and grind the butter into the flour, but you can use a pastry cutter or even freeze the butter and then shred it using a cheese grater straight into the flour. The goal is to get little tiny pieces of solid butter mixed into the flour. Those little pieces are what help achieve a flakey texture in the final scone. 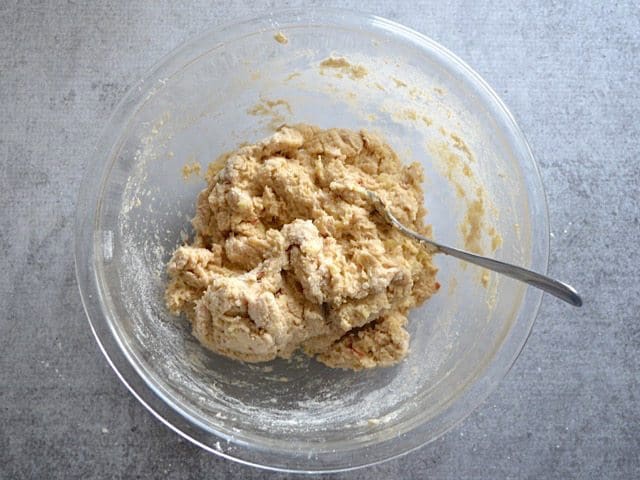 Pour the bowl with the apple-egg mixture into the bowl of dry ingredients. Stir it just until a dough forms and no dry flour remains on the bottom of the bowl. The dough may still be slightly wet or sticky, but that’s okay. 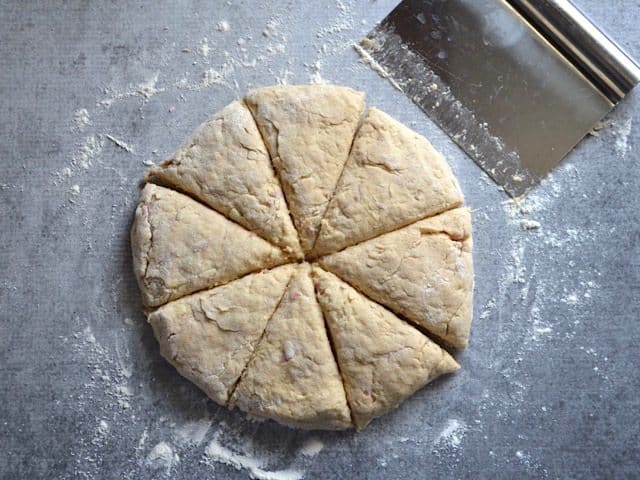 Turn the dough out onto a lightly floured surface and gently shape it into a 6-8 inch wide disc (about 1-1.5 inches thick). Dust the surface with a small amount of flour, if needed, to keep your hands from sticking. Cut the dough into eight wedges. 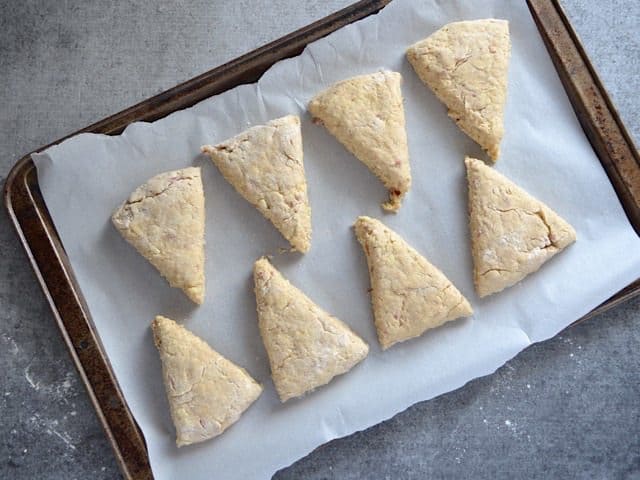 Place the scones on a baking sheet covered with parchment paper. 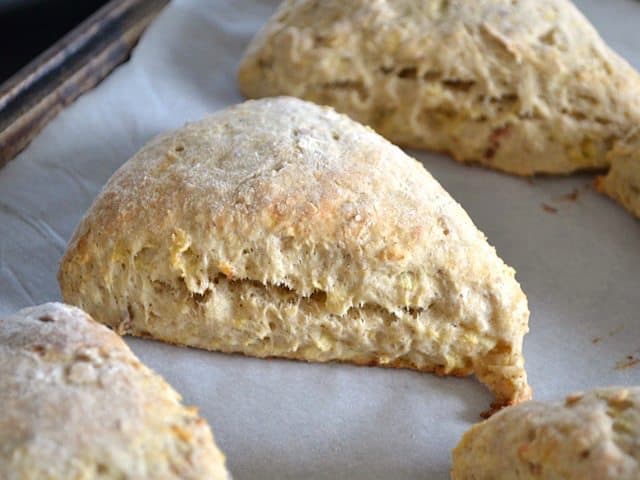 Bake the apple pie scones in a fully preheated 400 degree oven for 18-20 minutes, or until they are light golden brown. Allow the scones to cool completely. 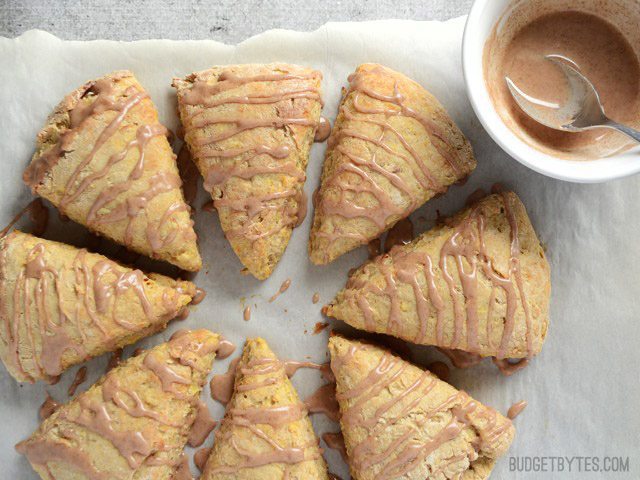 Once the apple pie scones have cooled, prepare the glaze. In a small bowl stir together 1/2 cup powdered sugar, 1/2 tsp cinnamon, and 2 tsp water. Stir until a thick, almost paste-like mixture forms. Drizzle the glaze over the scones. 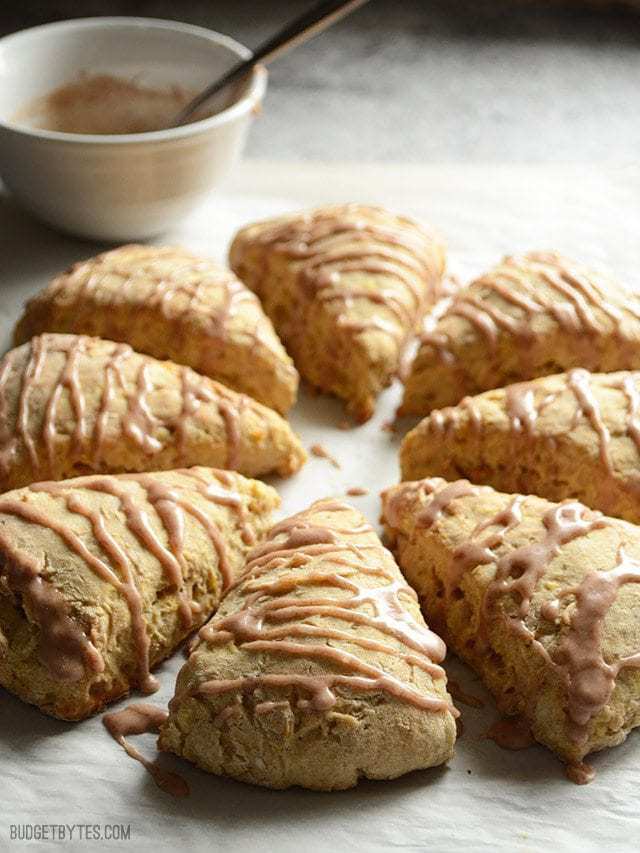 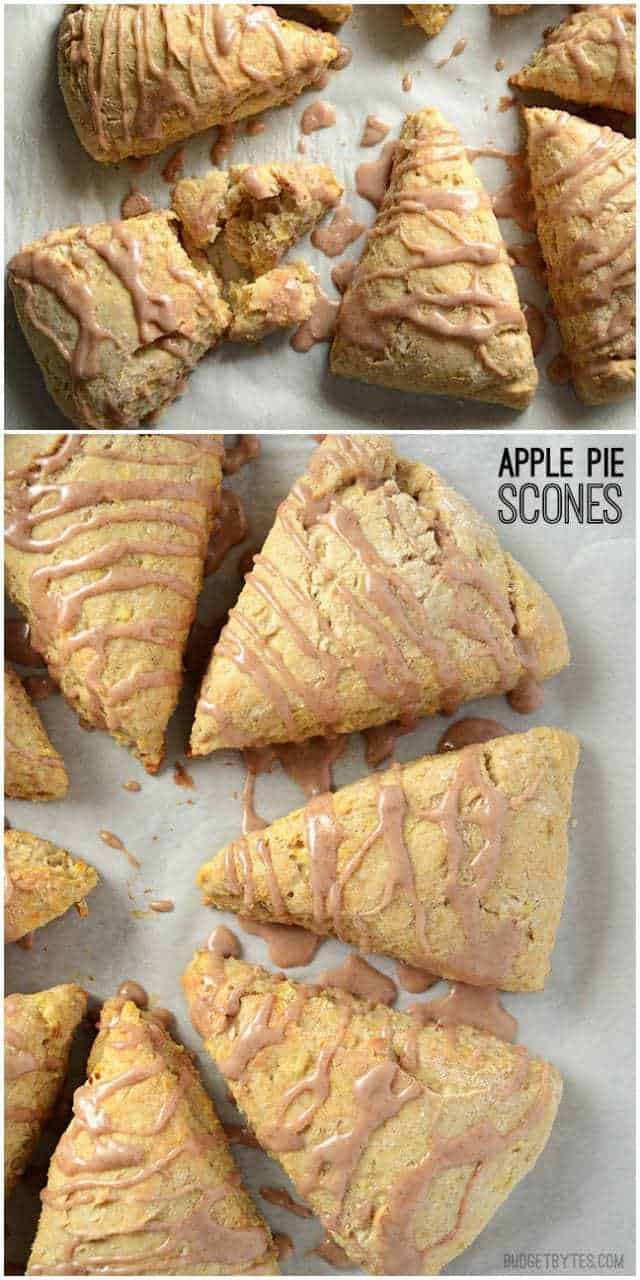