Due to poor planning on my part, I only came out of this weekend with one recipe to post… but boy, oh boy, is it a GOOD one!! These little individual Thai chicken pizzas on homemade naan bread are just heavenly. …to say the least.

I made my pizzas on homemade naan, but if you don’t want to make a batch, you can always use store bought naan or even pita bread. But if you haven’t tried this naan recipe yet, you definitely should. It’s soft, light, fluffy, and full of flavor.

I tried to keep it simple with the ingredients and toppings because, if you ask me, there’s nothing worse about making homemade pizzas than to have them be really complicated. If you want to go a step or two further and try some more toppings, try pineapple, jalapeno, Thai basil, or green onion. If you want an extra special peanut sauce for the base (instead of the super quick version that I made here), check out this peanut sauce recipe.

Lastly, I have all of the ingredients/toppings for these pizzas stored in individual containers in my fridge. This way, I can quickly top and cook a pizza “to order” and have them hot and fresh! These pizzas are so easy and delicious! I will be making them again! 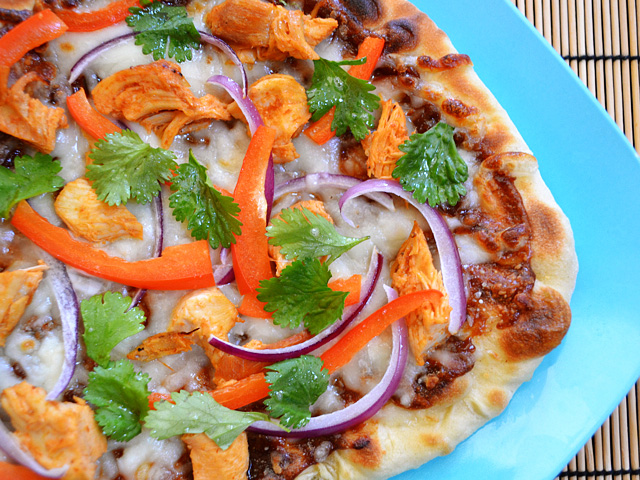 5 from 7 votes
Thai chicken pizza made on homemade naan, with a hoisin sauce base, and chicken drenched in a spicy sriracha peanut sauce.
Author: Beth - Budget Bytes 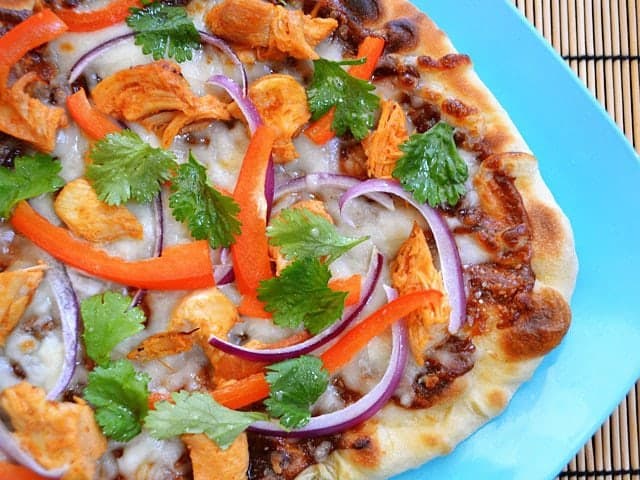 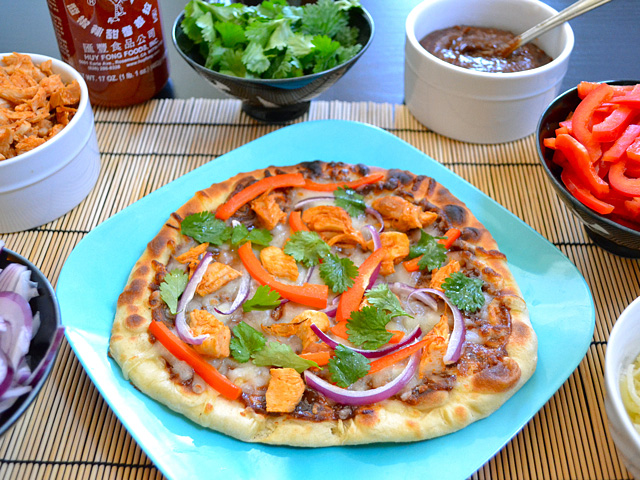 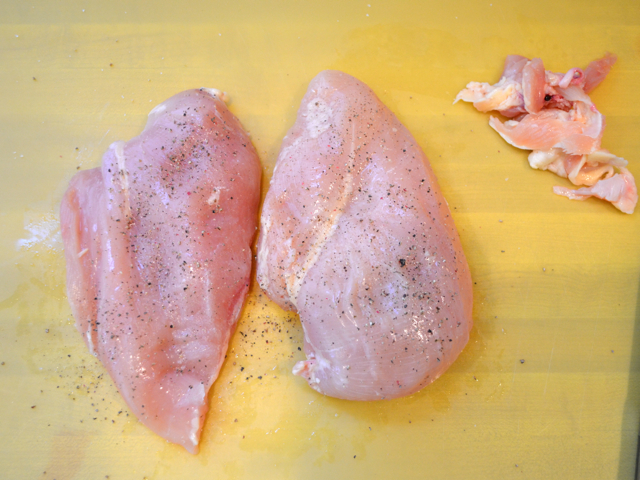 Trim any excess fat from the chicken breasts and season lightly with salt and pepper. 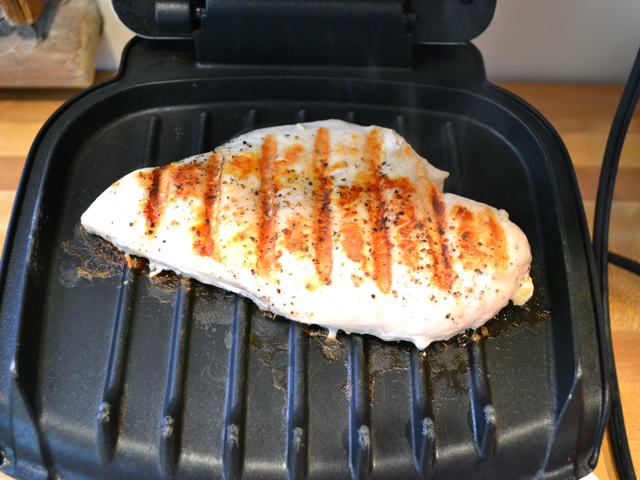 Cook the chicken on a countertop grill until cooked through (about 7 minutes) and then allow them to cool. I find my George Foreman grill to be the easiest and fastest way to cook chicken breast, but you can use your favorite method. 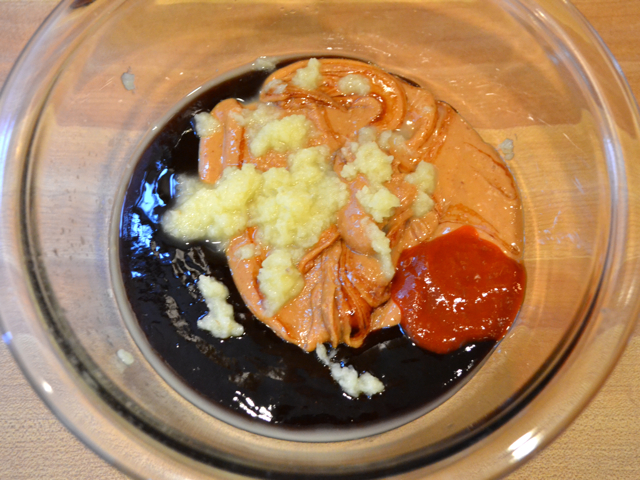 While the chicken is cooking, prepare the peanut sauce. Place the hoisin sauce, peanut butter, and sriracha hot sauce in a bowl. Peel the piece of ginger and then grate it (using a small holed cheese grater) directly into the bowl. 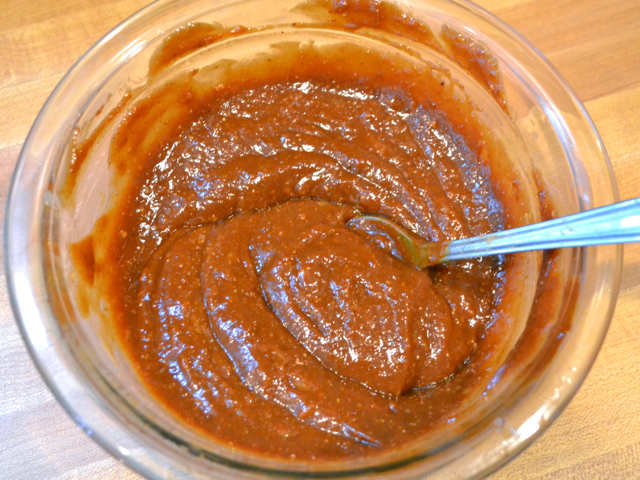 Add about 1/3 cup hot water to facilitate mixing and stir until smooth. 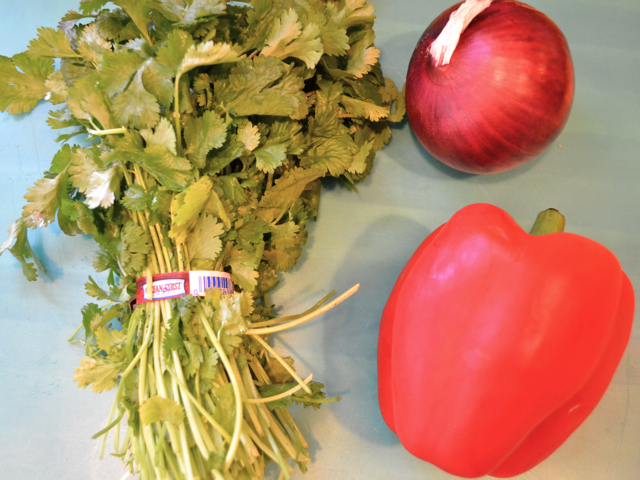 While the chicken is cooling, prepare the vegetables. Thinly slice the onion and red bell pepper. Pull the cilantro leaves from the stems (you can do this as you add it to the pizza later, if you prefer). 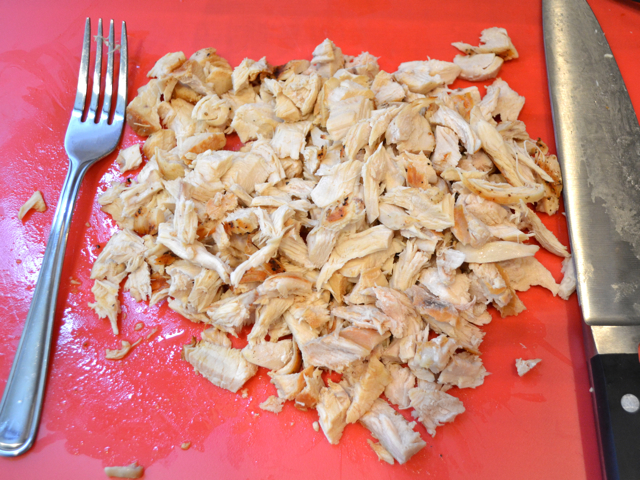 Once the chicken is cool enough to handle, chop or shred it into small pieces. 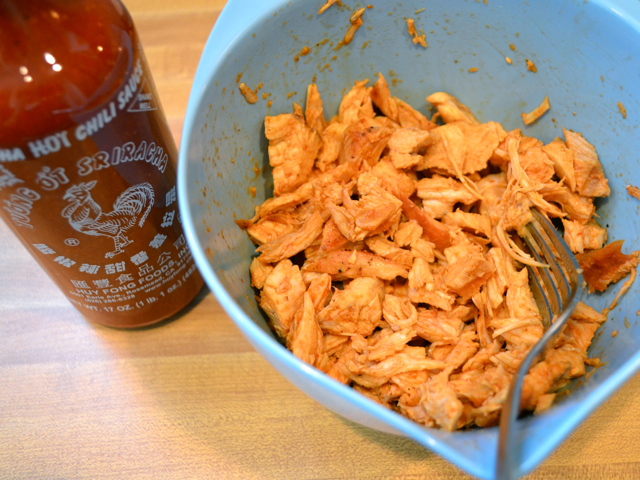 Place the chopped chicken in a bowl and add enough sriracha to coat the chicken (about 1.5 Tbsp). 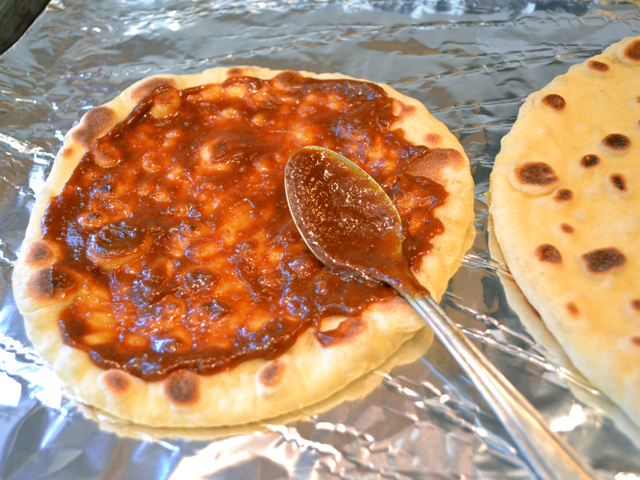 Begin to build the pizzas by spreading about 2 Tbsp of peanut sauce over the surface of the naan. I cooked my first batch on a baking sheet with foil, but that left the bottoms soggy. So, I would suggest cooking the pizzas on a perforated pizza pan or placing them directly on the oven rack to allow steam to escape. 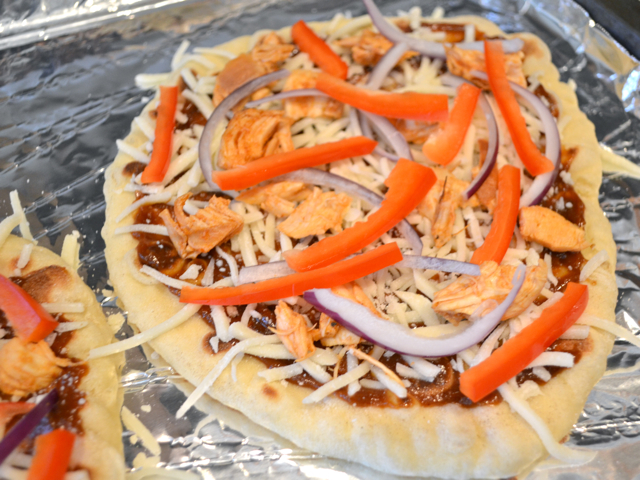 Sprinkle about 1/4 cup of shredded cheese on each pizza and top with the sriracha chicken, some red onion, and red bell pepper. The cilantro will go on top after it comes out of the oven. 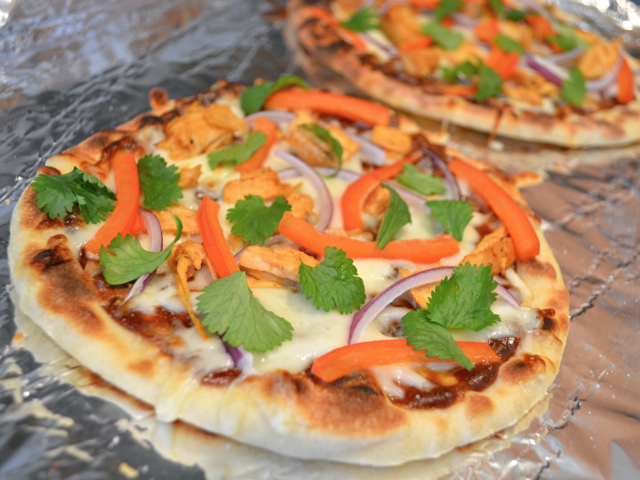 Bake the pizzas in a preheated 400 degree oven until the cheese is melted and bubbly (about ten minutes). Take the pizzas out of the oven and top with fresh cilantro leaves. 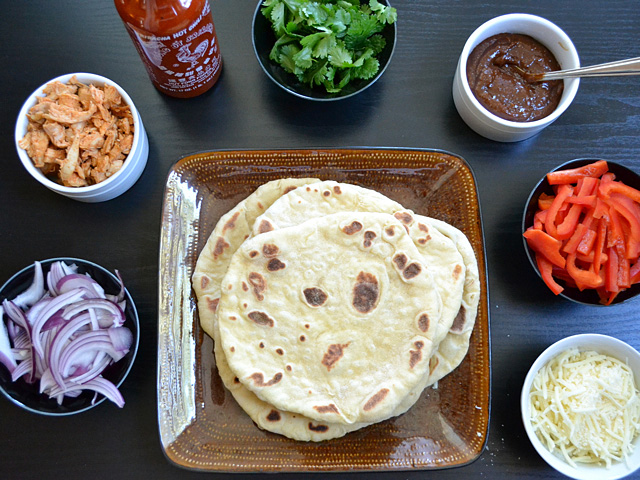 I have all of the ingredients stored in my refrigerator separately so that I can make fresh pizzas all week! 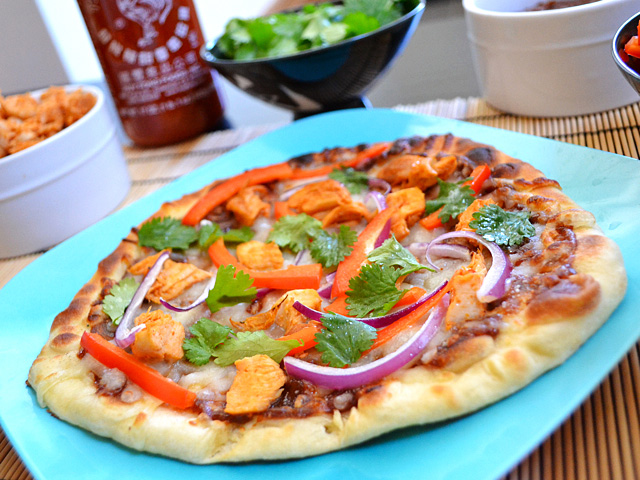 Seriously SO GOOD. It’s hard to eat just one.