I love lasagna, but I rarely, rarely ever make it. Why? Because it just seems like so much work. You’ve got to cook the ingredients, put them together, and then cook them again! Nah, that’s too much work.

But then I threw together this really super simple spinach lasagna last weekend and I’ve changed my tune! Why was it so much easier? I used “no boil” noodles, homemade marinara sauce that I had in my freezer, and a meatless filling required no pre-cooking. I literally just mixed it, layered it, and then just threw it in the oven. Sure, it still needed to bake for an hour, but it was totally worth the wait.

Of course, if you don’t have homemade marinara sauce waiting in your freezer, you can use a jarred sauce from the store (and then be sure to make some homemade marinara so you’re prepared next time). Also, some people don’t like the texture of no-boil lasagna noodles because they tend to be a bit gummier, so you can certainly boil some regular lasagna noodles and use them instead.

Oh, and if you do want meat in your lasagna, I would suggest browning some Italian sausage or ground beef in a skillet, and then adding it to the marinara sauce before beginning the layering process. 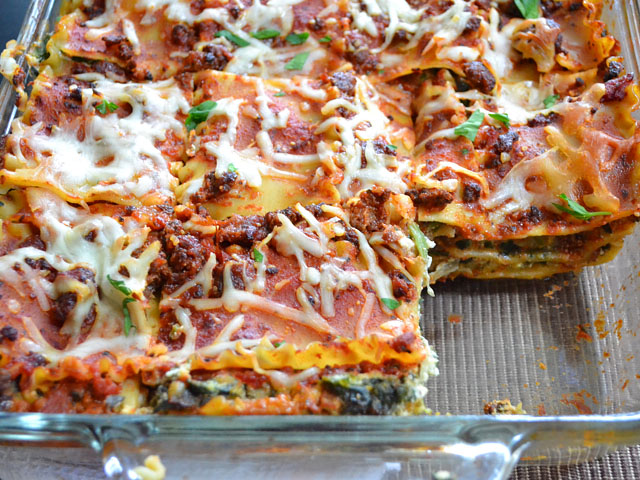 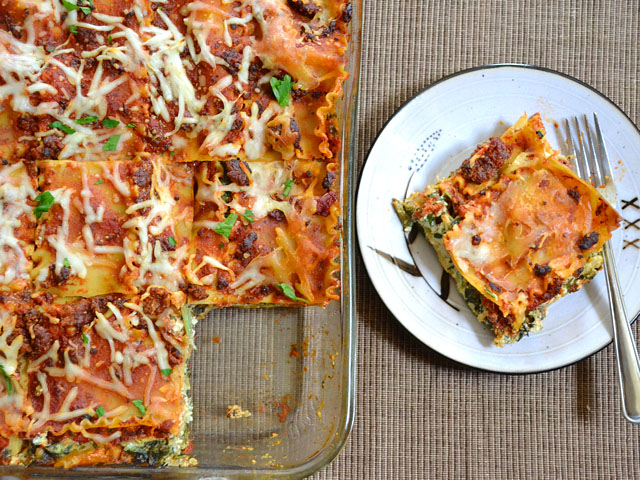 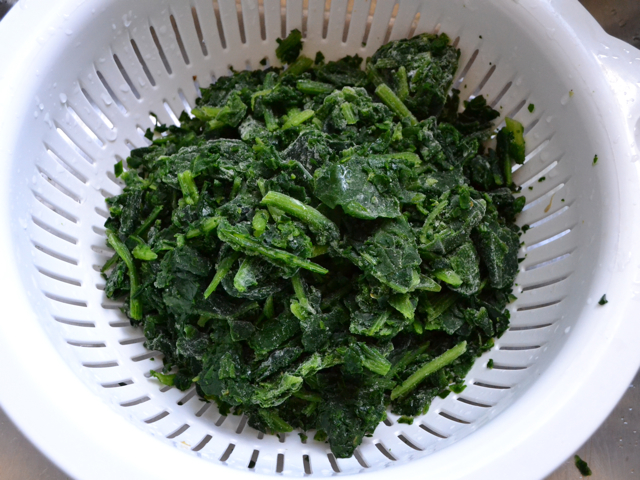 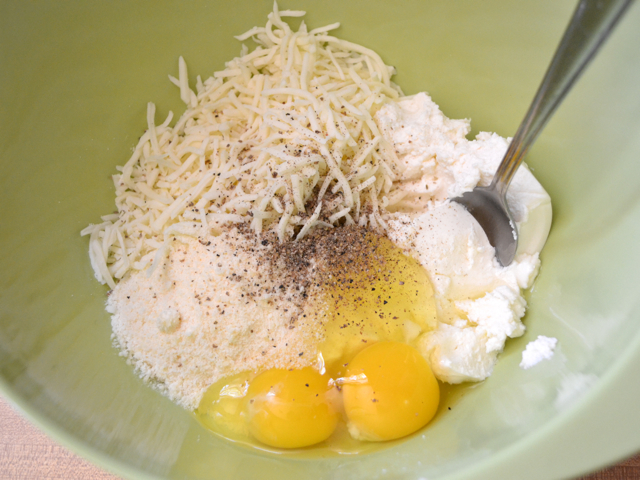 In a large bowl, stir together the ricotta, parmesan, eggs, salt, pepper, and half of the shredded mozzarella (1 cup). 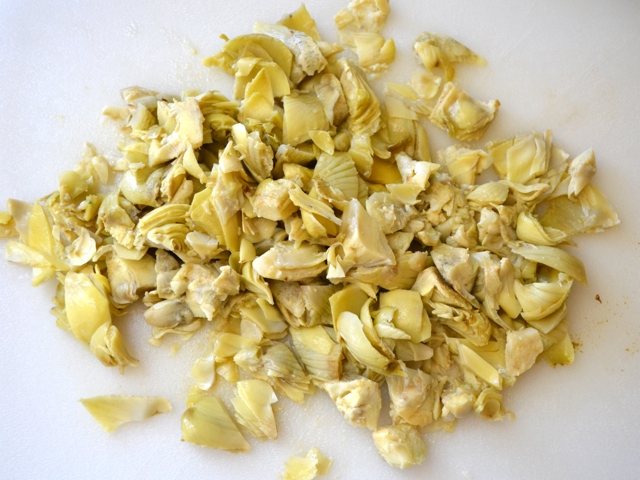 Next, drain the artichoke hearts and roughly chop them up. 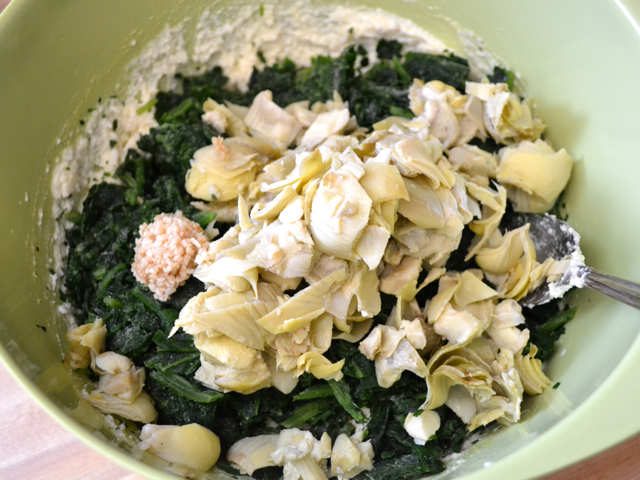 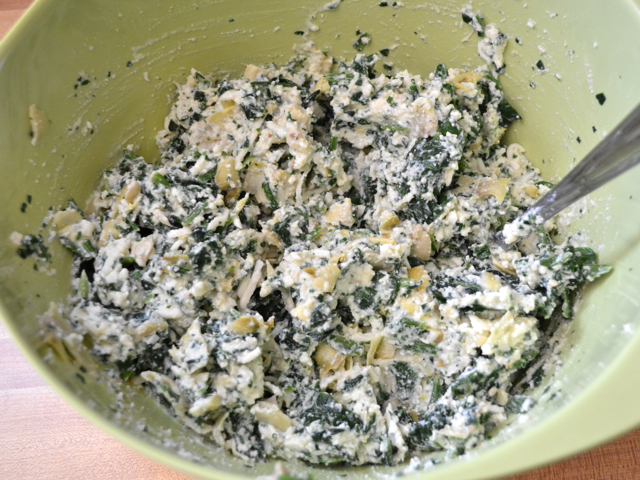 Stir everything together and you’ve got your amazing, cheesey, spinach and artichoke filling. 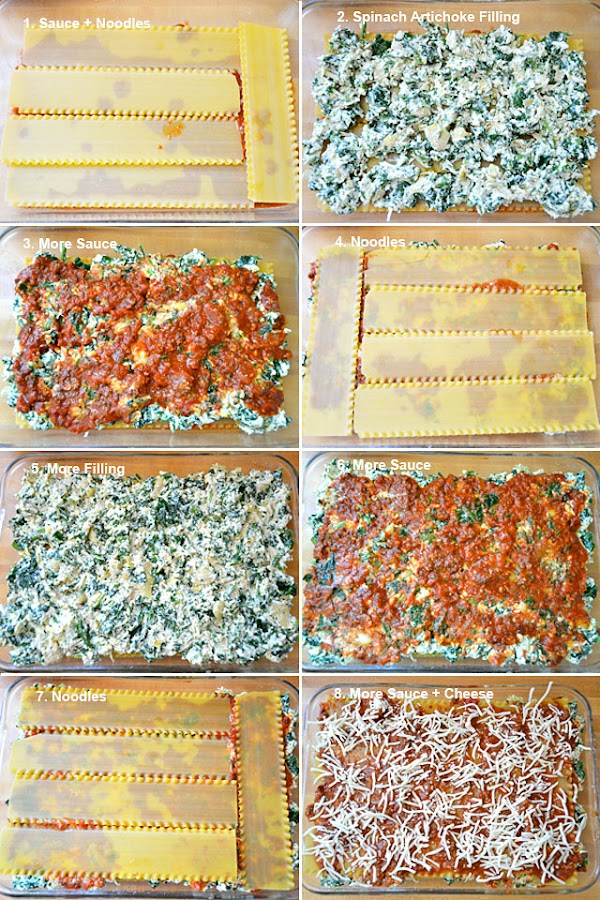 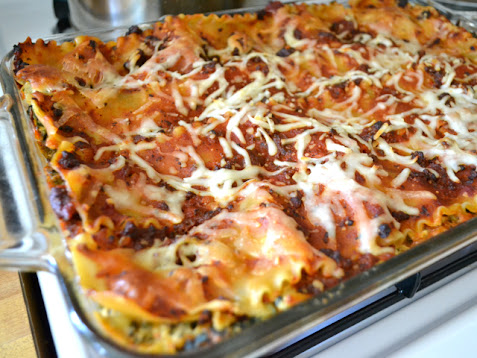 Cover the dish with foil and bake in a preheated, 375 degree oven for one hour. Remove the foil for the final 15 minutes of baking. 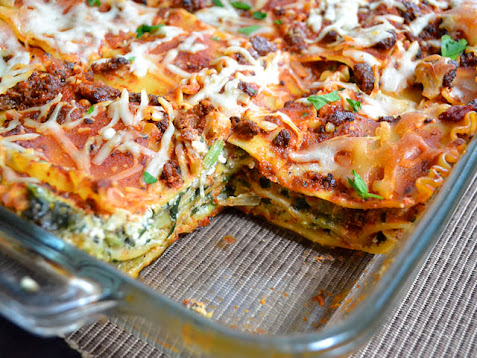 Look at those delicious, cheesy layers! 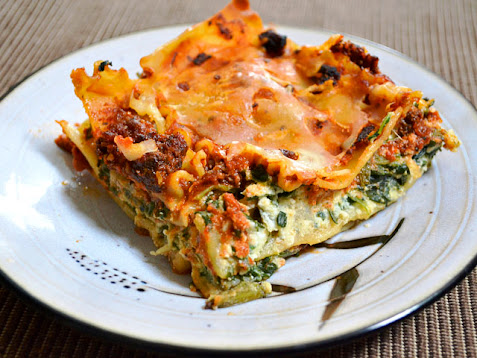 Oh, also, this freezes really well. I suggest cutting it into pieces and then freezing them in containers individually. It’s an easy, grab-n-go lunch!