…And a fried egg. The fried egg (or soft boiled egg) is really an important part of this Sesame Noodles with Wilted Greens dish, but it just seemed like including it in the title would make it excessively long. But I suppose crispy tofu or any roasted meat would work just as well as an egg. But anyway.

I’m really into simple food. It’s easy to prepare, you can taste the nuances of the ingredients, and it just doesn’t take a lot of mental energy. This one is nothing more than a bowl full of lightly seasoned pasta, spinach (or any other green) quickly wilted in a skillet with a little garlic, salt, and pepper, and an egg for extra protein and that luxuriously silky yolk. 🙌 #yolklove 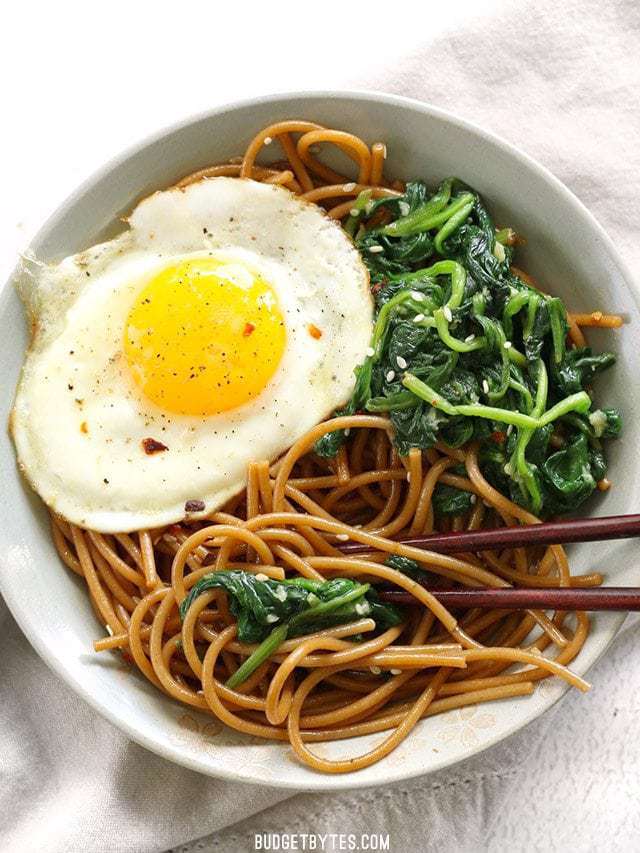 Can I Use Different Noodles?

I used whole wheat pasta not only for the extra fiber and nutrients, but also because the nutty flavor goes so very well with the sesame sauce. Soba, or buckwheat noodles, would also be great for this dish, but they tend to be a bit more expensive than whole wheat spaghetti (unless you have access to a great Asian market).

Can I Use Different Greens?

I happened to have a huge bag of spinach that I bought for smoothies that was wilting faster than expected, so I used half the bag (8oz.) for these bowls. You could use any variety of other greens, though, like bok choy, kale, or even something like baby broccoli. Customize! :)

How Do You Store Sesame Noodles with Wilted Greens? 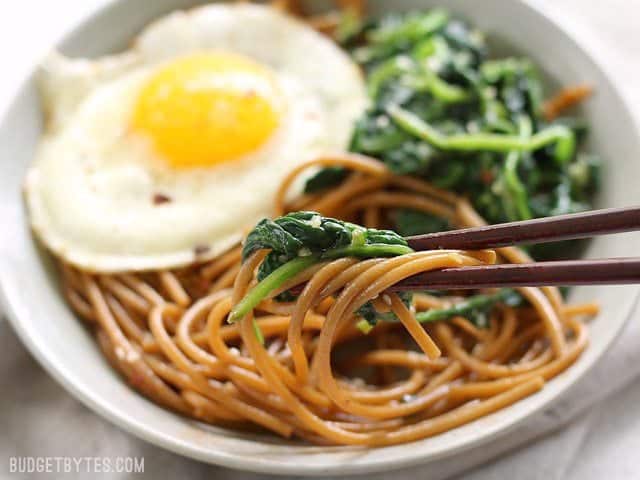 4.93 from 26 votes
These Easy Sesame Noodles with Wilted Greens are a simple vegetarian meal with big flavor and plenty of options for customization.
Author: Beth - Budget Bytes 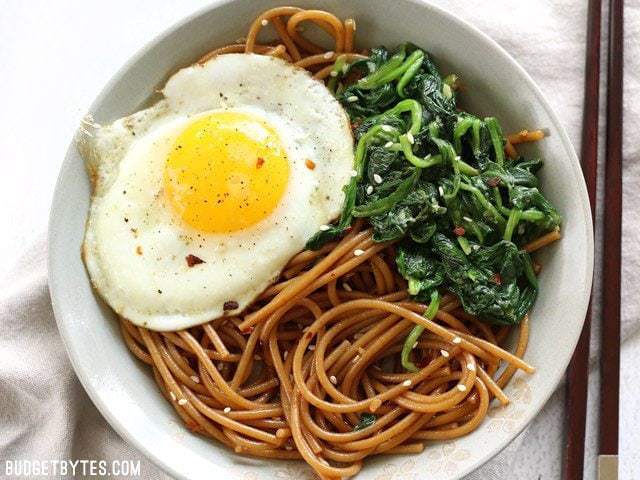 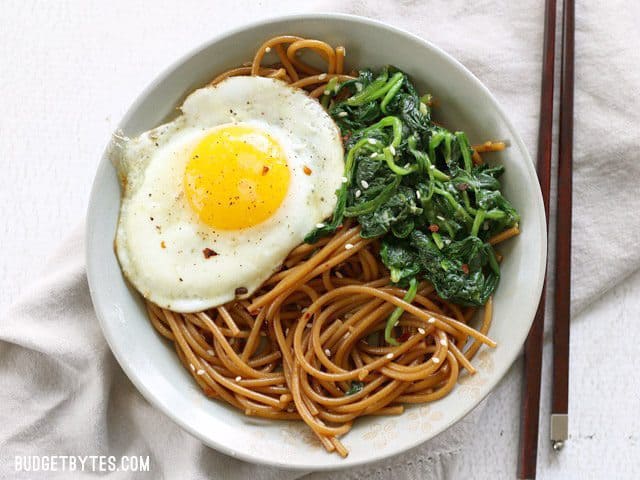 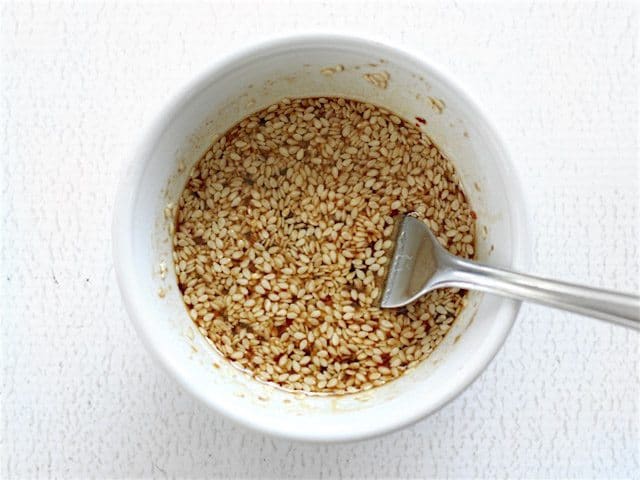 Start by making the sesame dressing so the flavors have time to meld a bit. Mince one clove of garlic and combine it with 1/4 cup soy sauce, 1 Tbsp toasted sesame oil, 1 Tbsp rice vinegar, 1 Tbsp brown sugar, 1 Tbsp sesame seeds, and a pinch of red pepper flakes (optional). Set the dressing aside. 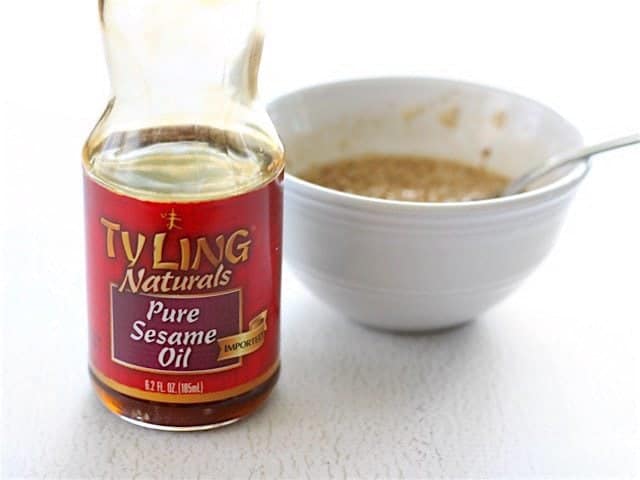 It’s really important to use toasted sesame oil for this dressing because it has a SUPER nutty flavor that you don’t get from regular sesame oil. It can be a bit tricky, though, because the label on the bottle might not specifically say “toasted”. So how do you tell the difference? TOASTED sesame oil has a dark brown color and is usually sold in smaller bottles, whereas regular sesame oil has a light straw color (like vegetable or canola oil). Toasted sesame oil can be found in most major grocery stores in the International foods aisle. It may seem expensive, but a little bit goes a long way, so that bottle will last a while! 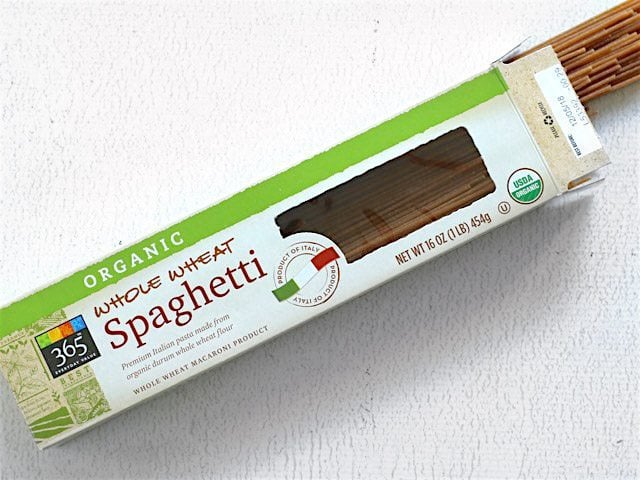 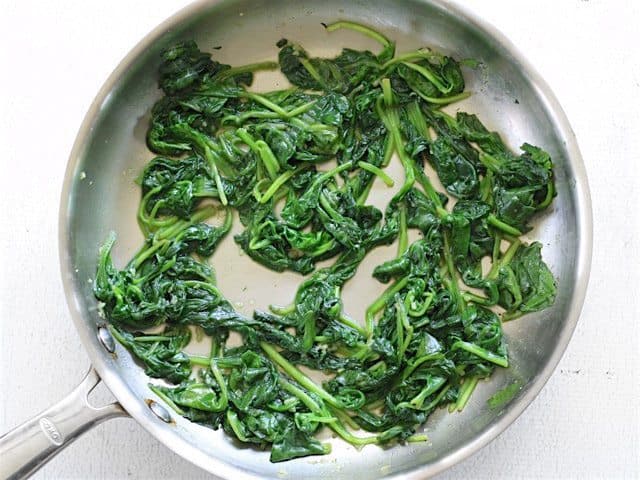 While the pasta is boiling, prepare the wilted greens. Mince another clove of garlic and add it to a large skillet along with 1 Tbsp olive oil. Sauté the garlic for a minute or so over medium heat, just to soften it a bit and take the raw edge off. Then add 8oz. of fresh spinach (or another green) and sauté just until it’s wilted, but still kind of plump. This happens quickly. Season with salt and pepper, then remove the greens from the heat. 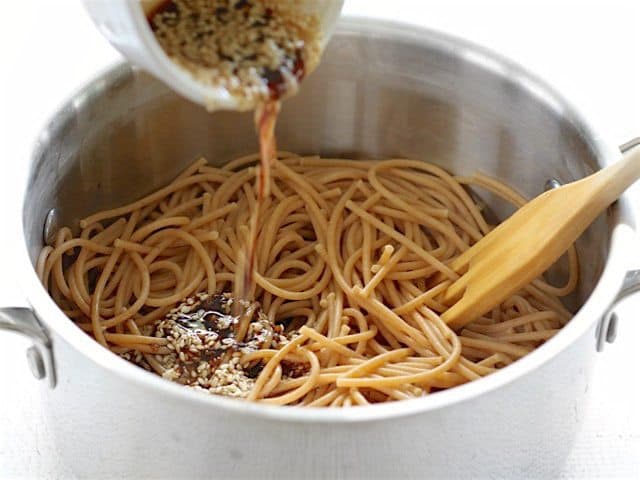 Once the pasta is finished cooking, drain it in a colander, then return it to the pot with the heat turned off. Pour the sesame dressing over top and stir to combine. 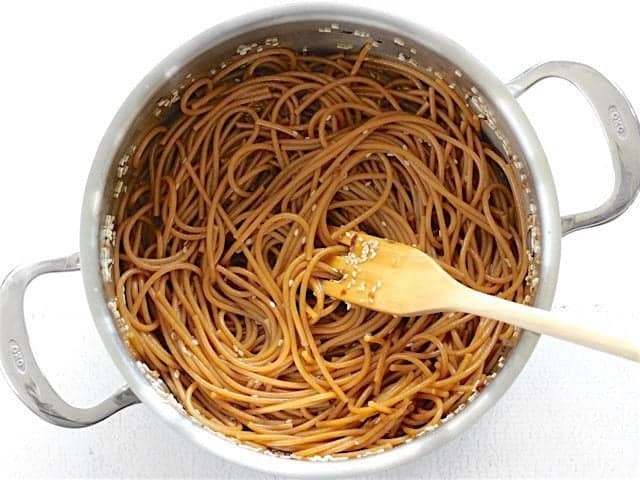 Place the lid on the pot to keep the pasta warm. The pasta will continue to absorb the dressing as it sits. 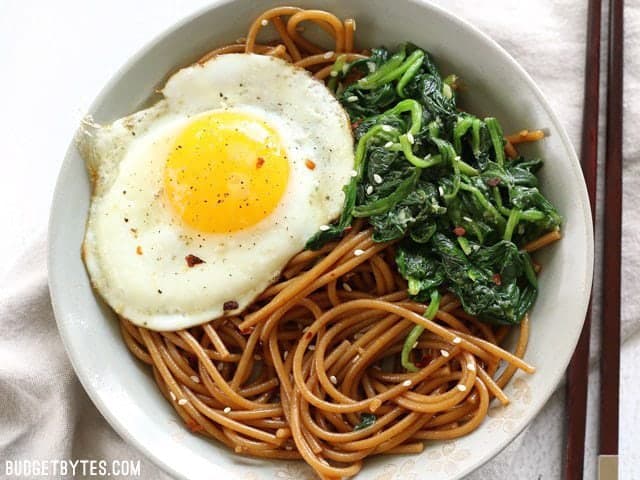 Cook four eggs however you like–I think a runny yolk works extra well with this dish. I fried mine sunny side up, but soft boiling is another good option. If you’re not into runny yolks, scrambling works too! :)  Stir the noodles once again to redistribute the dressing, then divide the noodles between four bowls. Add a scoop of the wilted greens to each, then top with a cooked egg. Now, dive in! :)