That’s pretty much what my internal dialog has sounded like for the past two months. And if Pinterest is any indication, the answer is YES!

These yummy little desserts are something that I used to make all the time when I was in college. They’re rich, sweet, and taste totally indulgent, but innocent enough to not make a nutrition student feel guilty ;D

Pureed pumpkin is super good for you and I sweetened it up with just a bit of brown sugar (you can experiment with other sweeteners). I spiced it up with pumpkin pie spice to give it that classic fall flavor, and then combined it with some cinnamon graham crackers for a crust-like effect. I added some thick Greek yogurt in the center for even more richness. I used plain flavored because I liked the sour tang against the sweet pumpkin, but you can use vanilla flavored yogurt if that’s more your speed.

These desserts are great right when you make them, but I was surprised to find that I liked them even better after they sat in the fridge for a day. The graham crackers absorbed some moisture and got soft, but that somehow made the entire thing even thicker, richer, and more pie like. What a pleasant surprise! 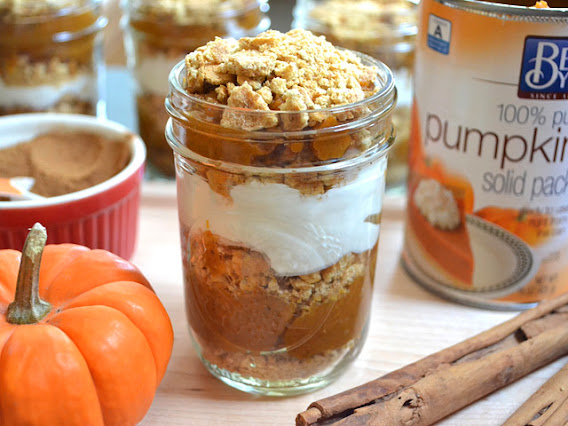 Either enjoy immediately or refrigerate for up to 5 days.
Nutritional values are estimates only. See our full nutrition disclosure here.
Tried this recipe?Mention @budgetbytes or tag #budgetbytes on Instagram! 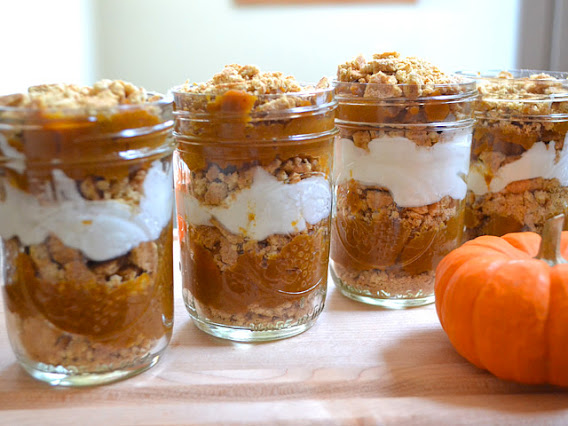 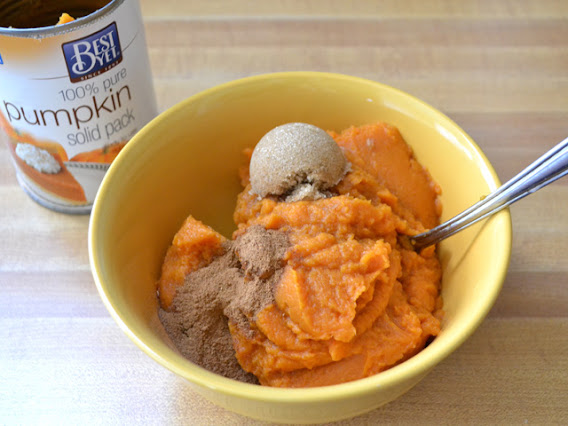 Start by sweetening and spicing the pumpkin puree. Combine the canned pumpkin puree with 1 tsp of pumpkin pie spice and 2 Tbsp brown sugar. I started with just one Tbsp of brown sugar (as pictured) but ended up adding more. 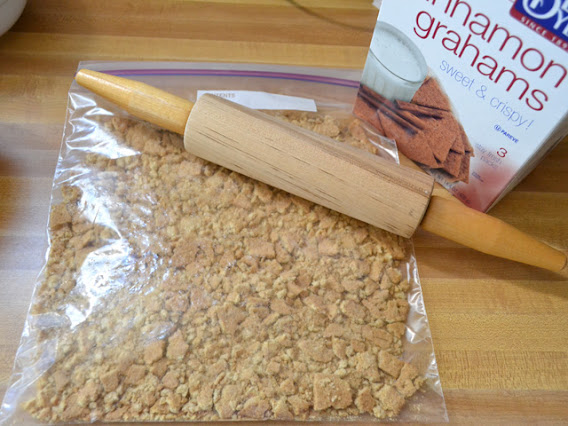 I used one “package” of cinnamon graham crackers for your crust layers. That’s one of the wrapped packs inside a 14 ounce box. Each box usually has three packs in it. Place the crackers in a bag and then crush them with a rolling pin. 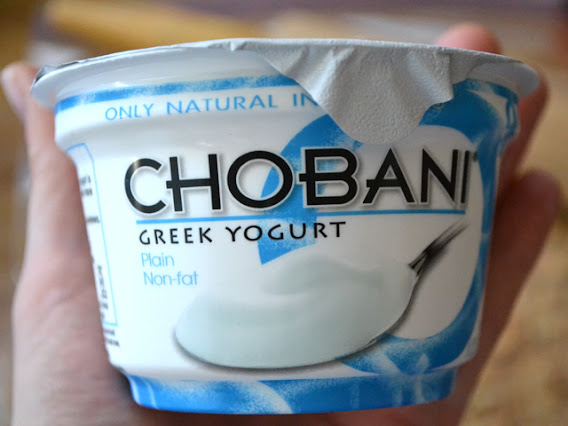 I used plain, fat free Greek yogurt because that’s what I had on hand (thanks to the good people at Chobani!), but you could also use vanilla. Full fat Greek yogurt would probably be AH-MAZ-ING in this. Just sayin’. Oh, also, I priced the yogurt based on a 16 oz. container that sells at my local grocery for $2.99. 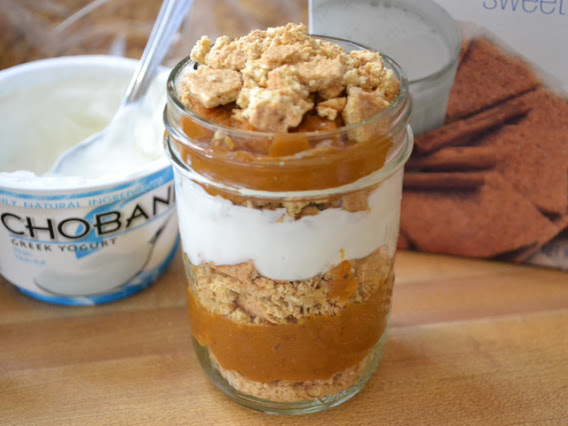 Then just layer the ingredients in any old order that you like! Next time I think I’ll just do a straight repeat of graham – pumpkin – yogurt instead of graham between every layer like I did here. It was good once it had refrigerated for a while and the graham absorbed some moisture, but the extra graham was a little dry right when they were first made. 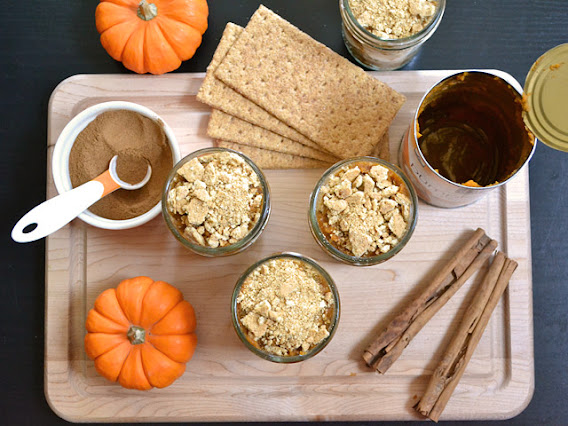 Next up: How to make your own pumpkin pie spice! Stay tuned!