I made this Cilantro Lime Rice as a side dish for the Shrimp Tacos that I made last weekend (my apologies for taking so long to post it). This rice is very simple and makes a great, filling side dish to any Mexican or Tex-mex meal. It’s so delicious that I’m tempted to just put some in a bowl, melt some cheddar cheese over top and have at it… oooh, and maybe add a few black beans in there. Okay, now it’s turning into a whole other recipe! As you can see, it can also be a versatile base to many other dishes. Try it in casseroles or as a super flavorful filling for burritos! Plus, it’s just pretty and green. 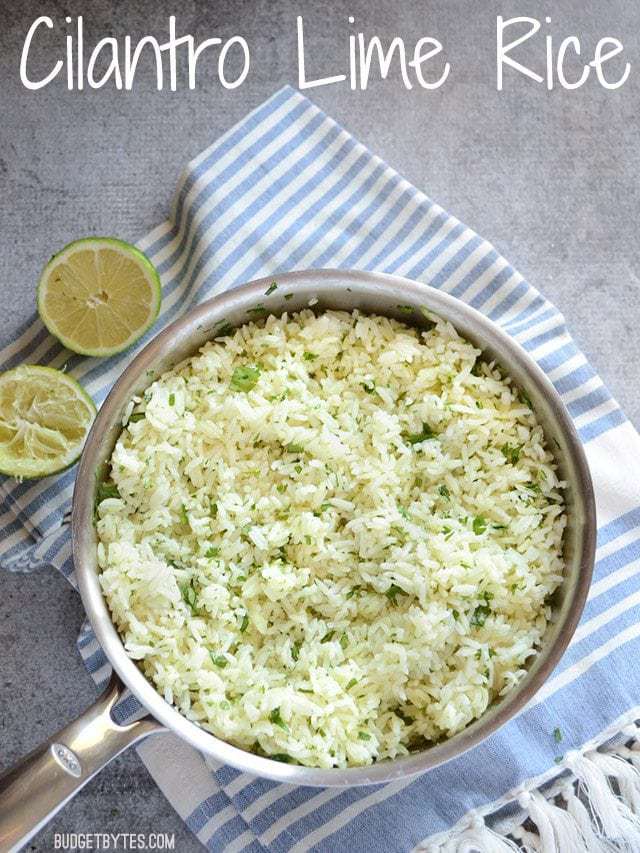 4.93 from 14 votes
Cilantro lime rice is a bright and flavorful alternative to plain white rice and works great as a side or stuffed into burritos.
Author: Beth - Budget Bytes 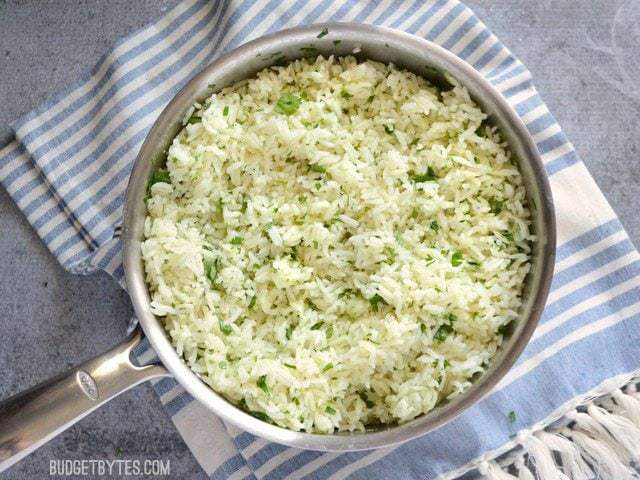 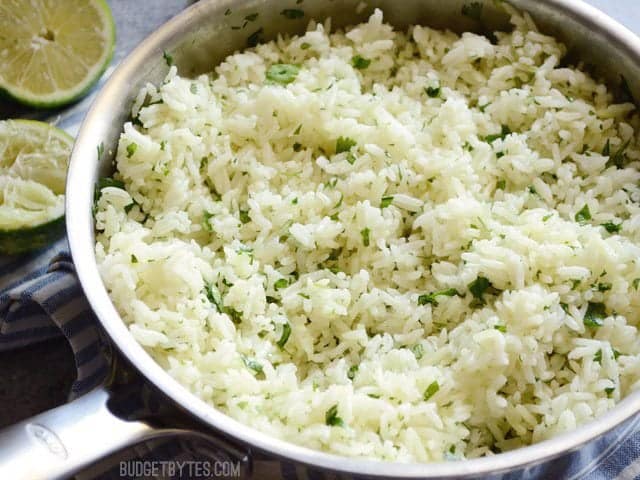 How to Make Cilantro Lime Rice – Step By Step Photos 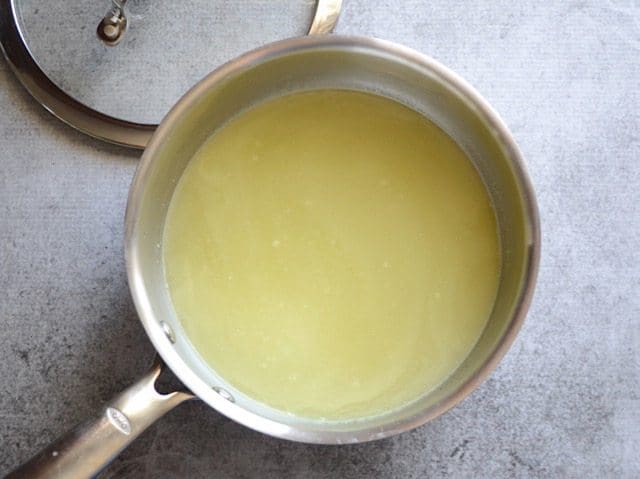 Add three cups of chicken broth to a medium saucepot. I use Better Than Bouillon brand soup base, which should be fully dissolved water before beginning this recipe. Add 2 cups of rice to the broth, place the lid on the pot, and bring it to a full boil over high heat. Once it reaches a full boil, turn the heat down to low and let it simmer for 20 minutes. After 20 minutes, turn the heat off and let it sit undisturbed for about 10 minutes. 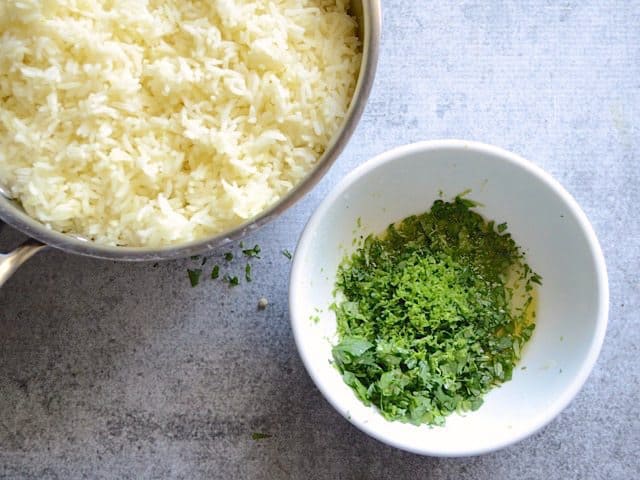 While the rice is cooking, rinse the cilantro well. Pull the leaves from the stems, then give them a rough chop. Use a small holed cheese grater or zester to remove the thin green layer of zest from the lime. Add the chopped cilantro, lime zest, and juice from the lime to a small bowl, along with 1 Tbsp olive oil. Stir to combine.

When the rice is finished cooking, fluff it with a fork. Add the cilantro lime mixture and fold it into the rice. Taste and adjust the salt if needed (my chicken broth contained enough salt, so I added none).

Need more help with cooking rice? Check out my guide for How to Cook Rice.

Try These Other Flavored Rice Recipes: