I came up with this recipe because I had half of a flank steak in my freezer that I needed to use up. As usual, I bulked up the meat with beans, rice, and other yummies, so that the one pound (or less, actually) covered four servings. I really had a hard time deciding what to put in these bowls because there were just SO many delicious possibilities. So, I’ll tell you what I put in mine below and then give you some other options!

I started the bowls with a base of brown rice cooked in chicken broth. The chicken broth makes a big difference in the overall flavor of the bowl. Feel free to use white rice, I just wanted to try to incorporate more brown rice into my diet lately. I topped the bowls with black beans, corn, freshly made pico de gallo, cumin-lime marinated flank steak, a dollop of sour cream, and  a few sprigs of fresh cilantro. It was so. good. oh. my.

So here are some other ideas: avocado (or an avocado/sour cream sauce), your favorite salsa (instead of the pico de gallo), fresh or pickled jalapeños, satuéed onions & peppers (for a fajita style bowl), sautéed mushrooms, or shredded cheese. Basically, anything that you like in a burrito or on a taco would be amazing on this free-form bowl. Be creative! 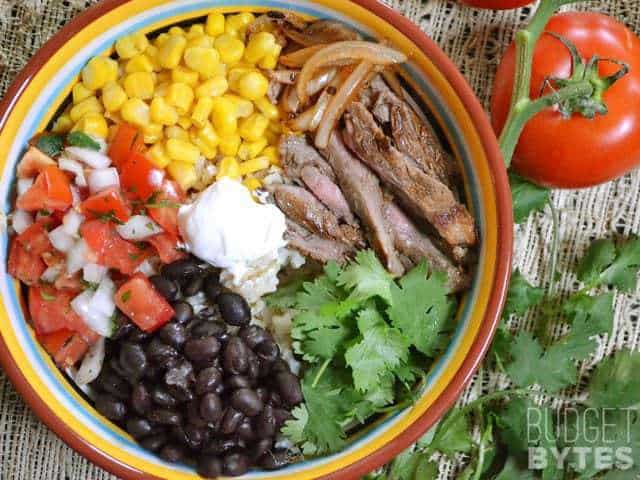 4.89 from 17 votes
These Southwest Steak Bowls have everything you love about burritos in a quick and easy bowl.
Author: Beth - Budget Bytes 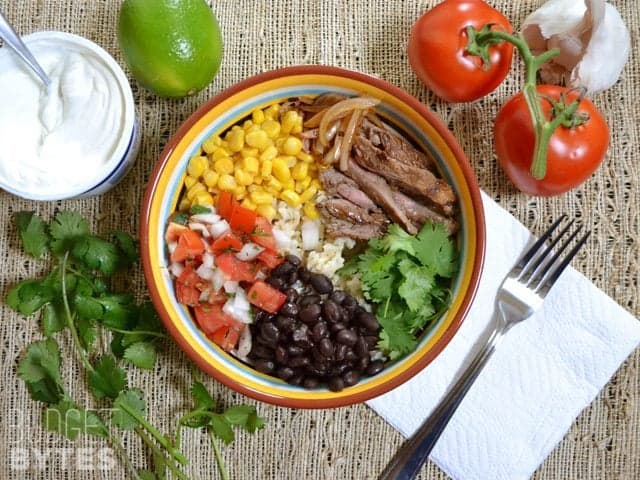 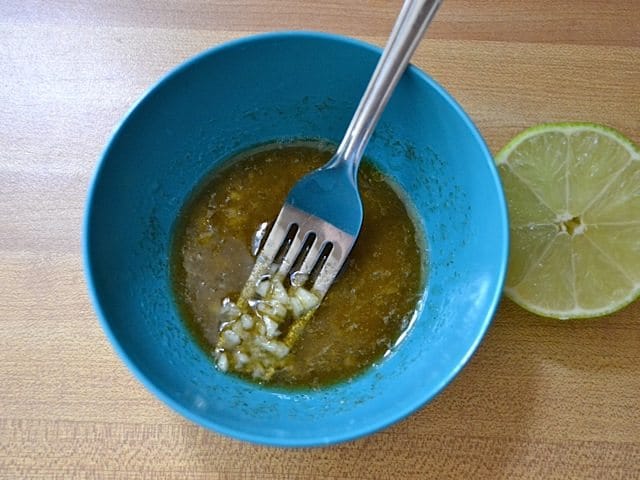 The first thing I did was prepare the marinade so that the meat could be marinating while the rice was cooking. Just mince up a clove of garlic and combine it with the olive oil, cumin, salt, and juice from HALF of the lime. Save the other half of the lime for the pico de gallo. 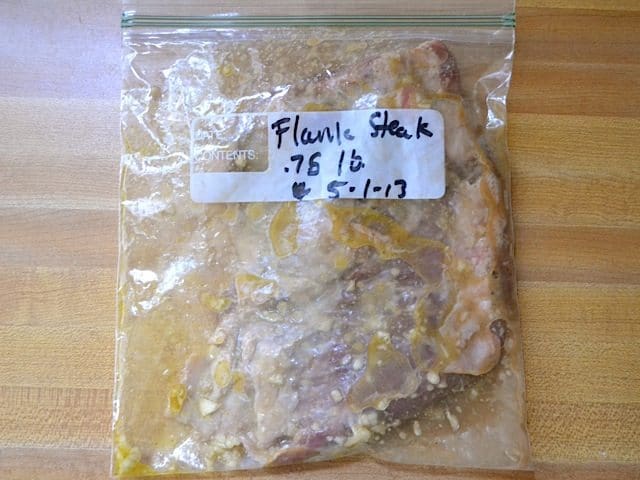 I had this half of a flank steak in my freezer. I thawed it over night in the fridge and then just added the marinade straight to the bag. Massage it around a bit so that the marinade gets all over. You can also do this in a shallow dish, just make sure to coat the steak in the marinade. I put this back into the refrigerator to do its thing while the rice cooked. 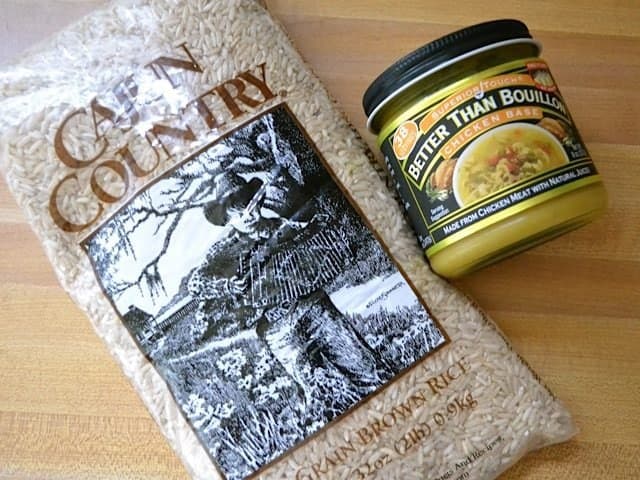 Cook the rice according to the directions on the package except replace the water with chicken broth. This adds a LOT of flavor to your bowls. I like to use Better Than Bouillon because it’s less expensive than canned or boxed broths and I can make any amount that I need, then keep the rest of the jar in the fridge. It lasts forever. 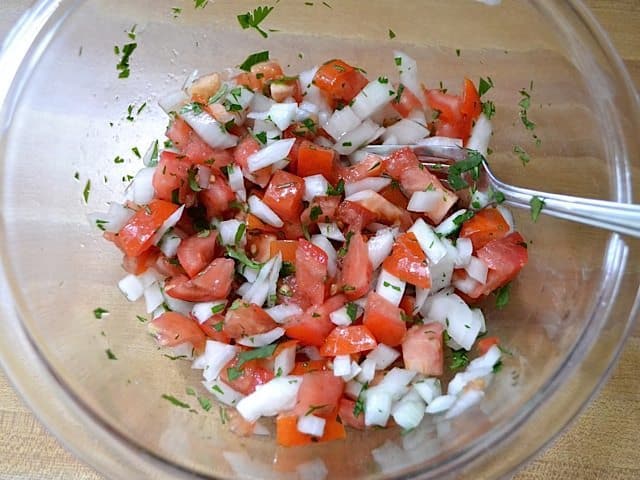 I love fresh pico de gallo, but you could always just use your favorite salsa instead. To make the pico de gallo, dice half of a small onion and one large tomato. Roughly chop a handful of fresh cilantro. Squeeze the juice from the second half of the lime over top and add a 1/4 tsp of salt. Stir and you’re done! 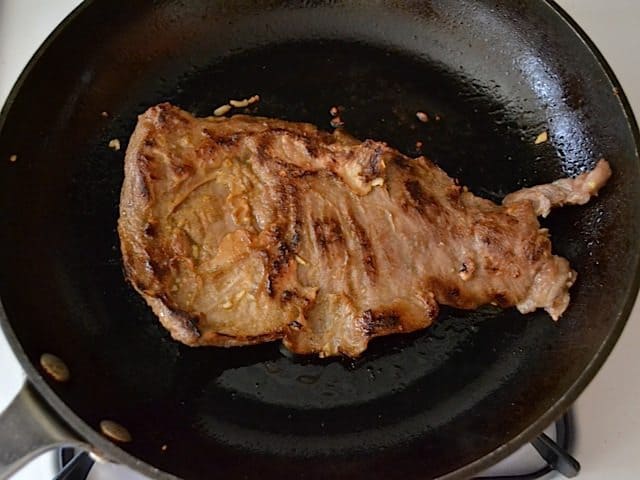 To cook the steak, heat up a large skillet over medium-high heat until it’s really hot.There was a lot of oil in the marinade, so I didn’t find that I needed to add anymore to the skillet. If you’re using a metal (not non-stick), you may want a touch of oil, but again, there was a lot in the marinade and already coating the meat. Let the meat cook without touching it for about 3 minutes on one side. Peek underneath and see if it’s nice and brown. If it is, go ahead and flip it and cook the same on the other side. Skirt steak can be tough if over cooked, so we’re aiming for nice and brown on the outside and light pink on the inside. 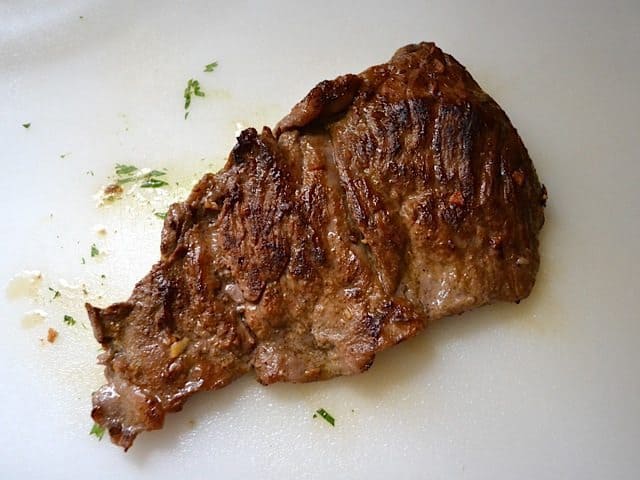 After the steak is browned on both sides, let it sit for a few minutes before slicing (this will keep it juicy). 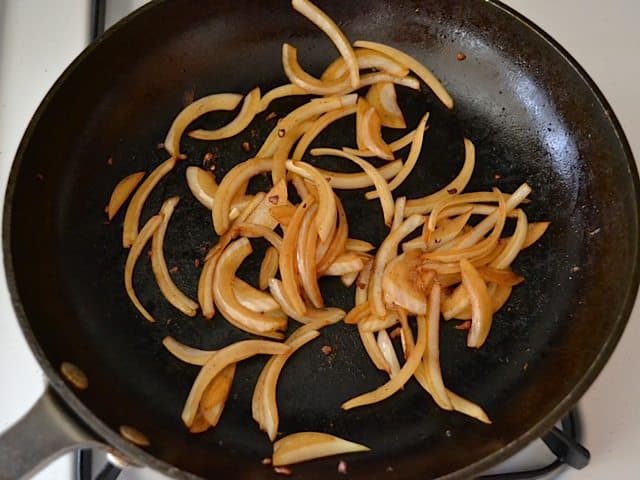 I didn’t want to waste the other half of the onion that I used for the pico, so I sliced it thin and sauteed it up really quickly in the skillet. It picked up all of the yummy bits of meat left over from cooking the steak. YUM. 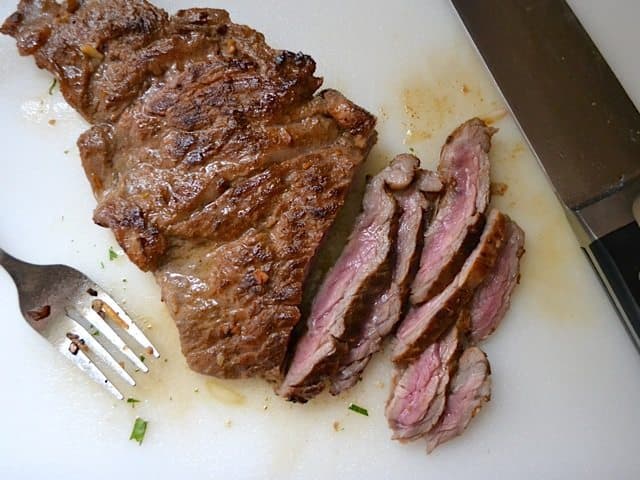 Now you can slice the steak. Look for the lines or the “grain” of the meat and slice it in the opposite direction. This helps keep the steak tender and easy to chew by cutting across the connective tissue. I love skirt steak. omgomgomg. 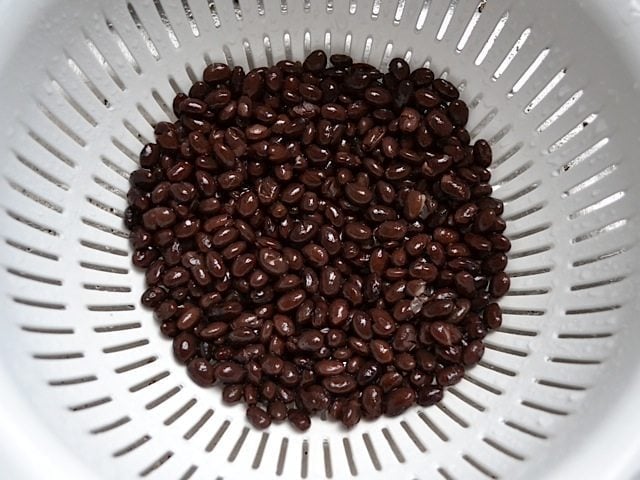 Also, while all that is going on, drain and rinse the beans. Take the corn out of the freezer and let that thaw, too. 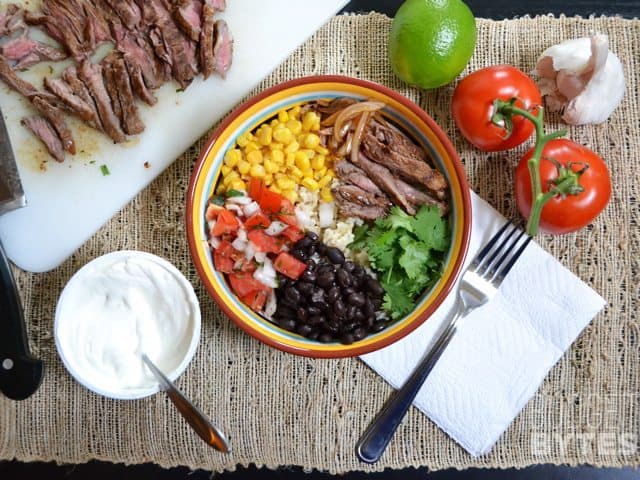 Now the rice is probably done so you can fluff that up and build your bowls! Put a cup or so of the rice in a bowl and top with about 1/4 cup each of beans, corn, and pico de gallo. Add some of the sliced steak, a few sprigs of fresh cilantro, and a dollop of sour cream. And that’s that! 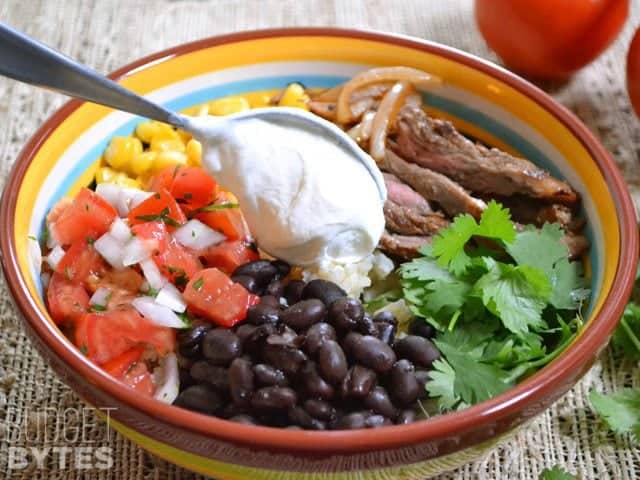 I think the sour cream really adds something great to the bowls… I thought about making an avocado/sour cream sauce, but wanted to keep it simple. That would be awesome, though. 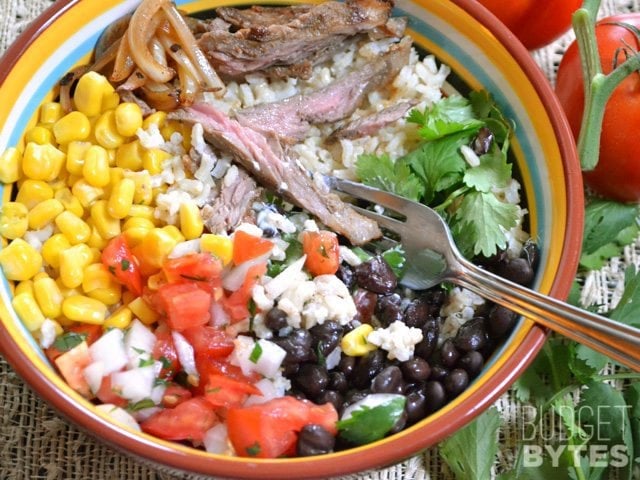 And when it all starts mixing together… oooooooh. Go make it now!