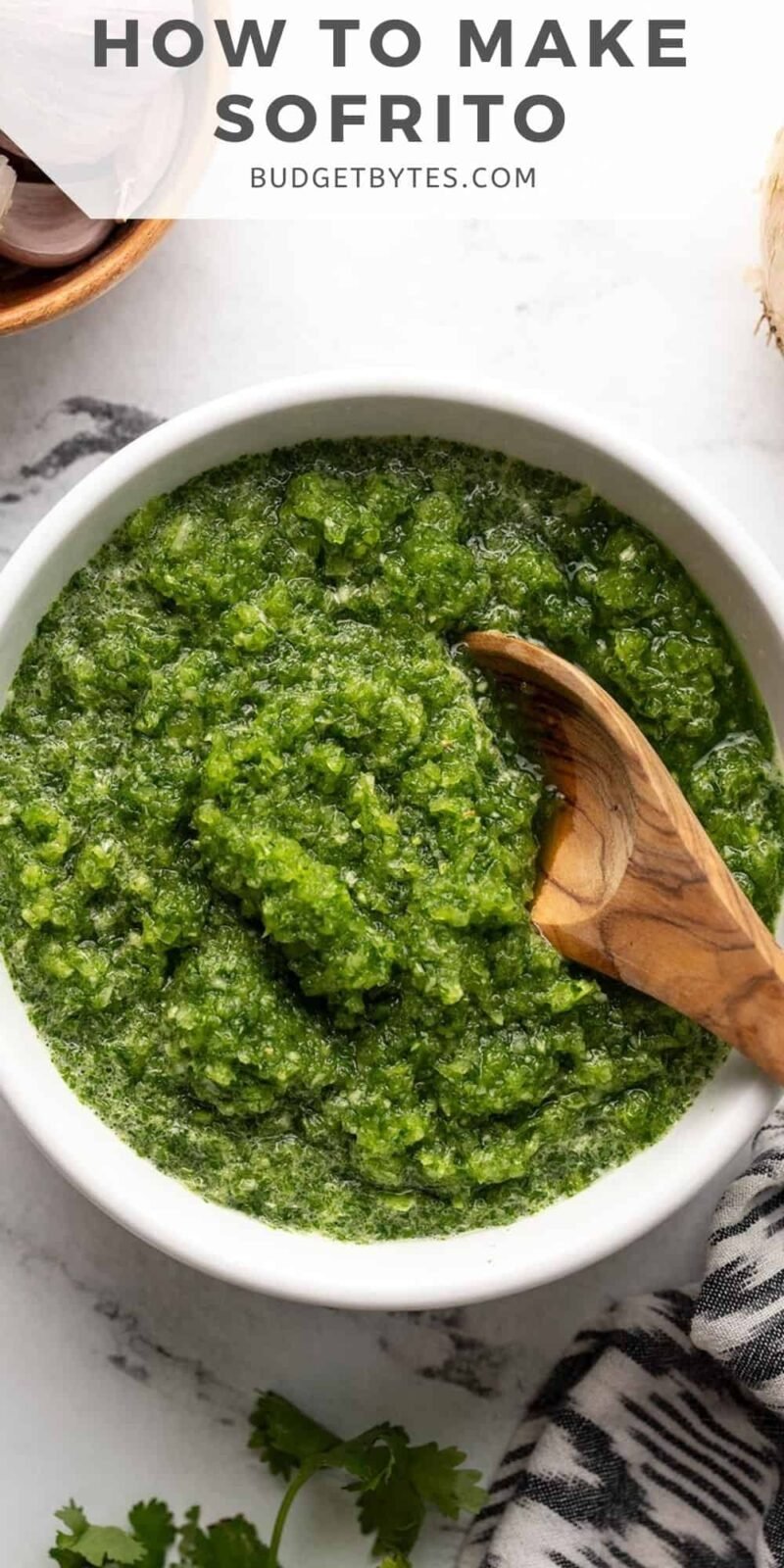 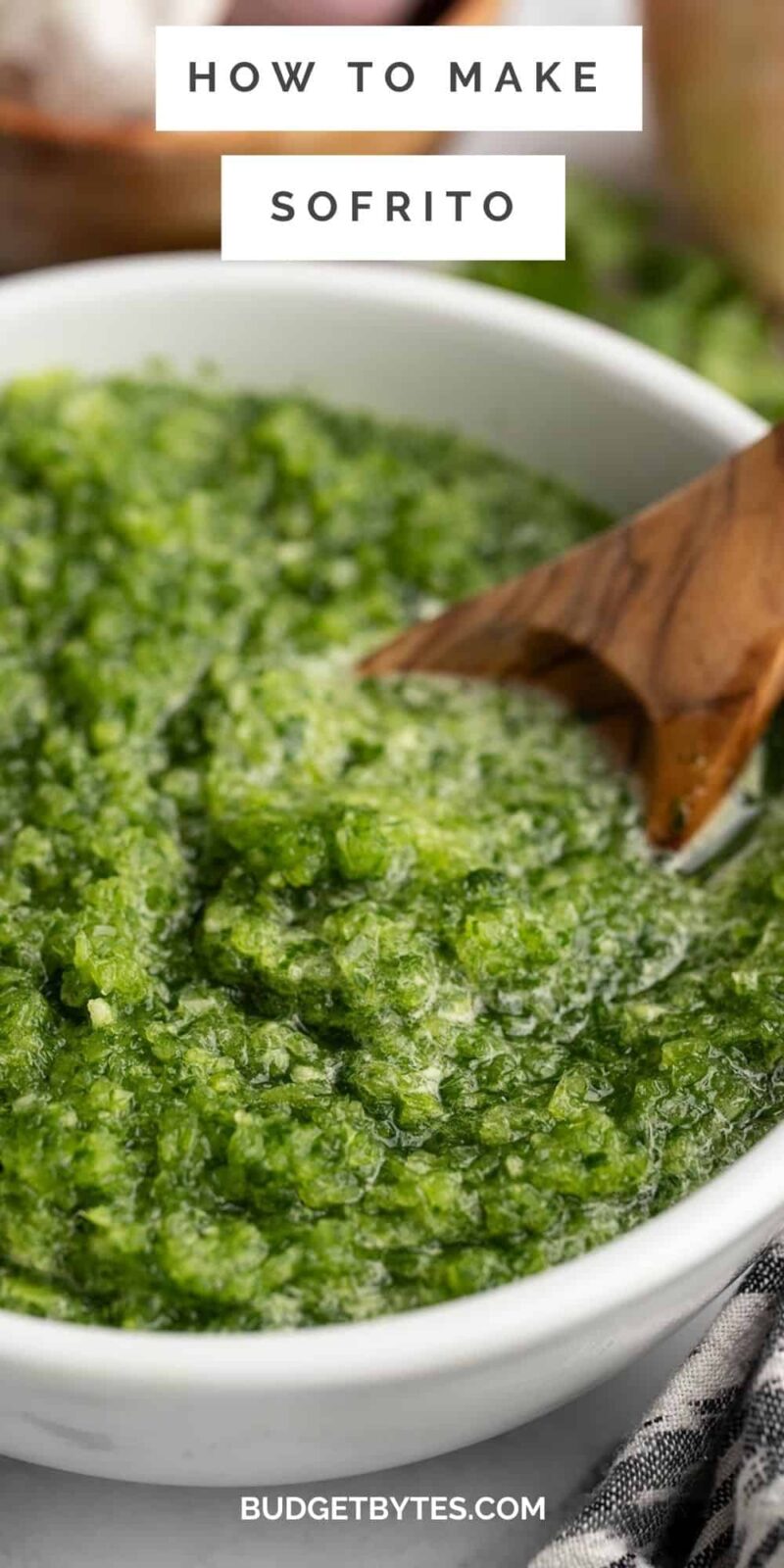 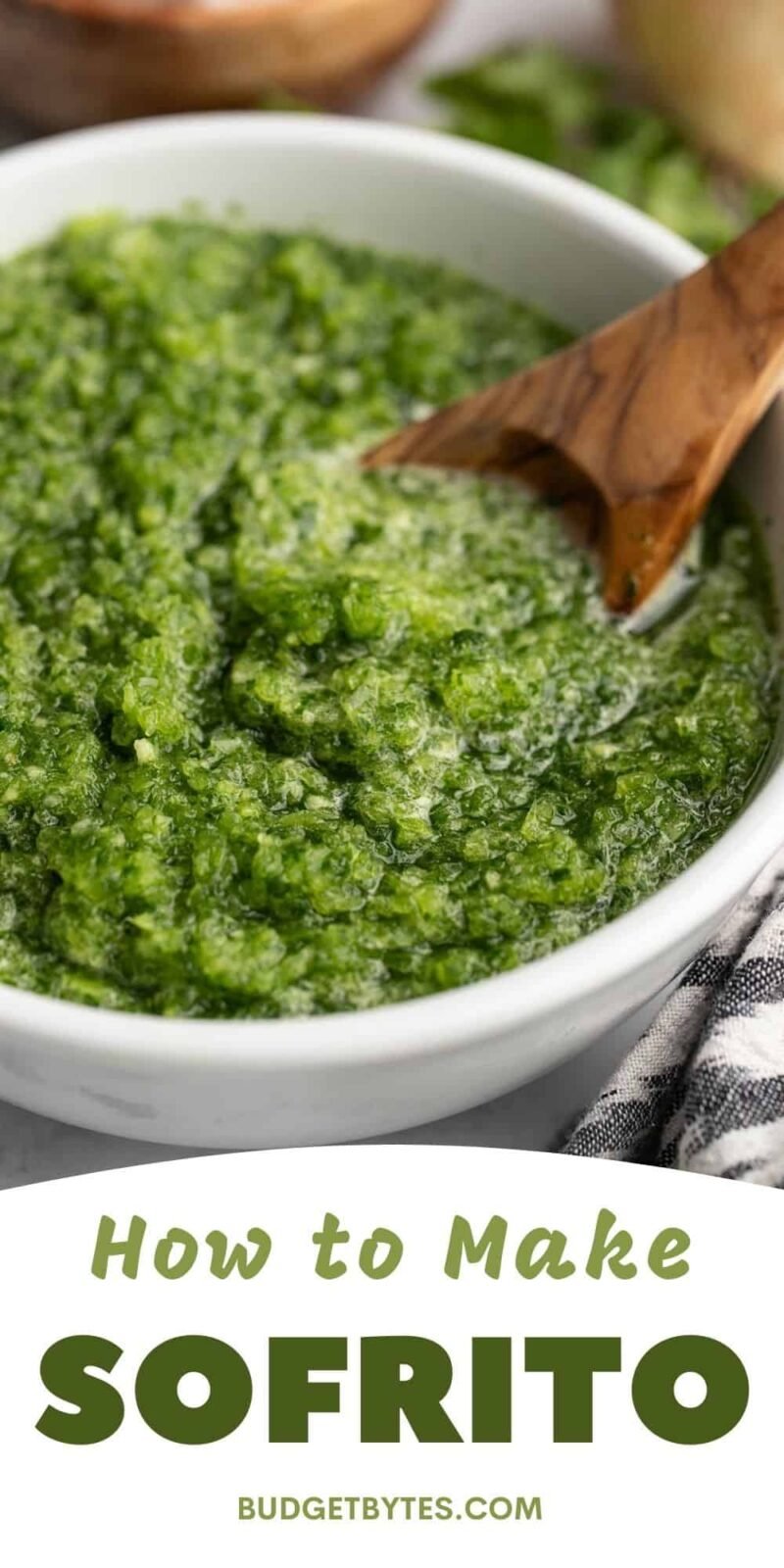 Sofrito is the heart and soul of Caribbean cuisine and the knock-out flavor base of many of its dishes. It’s budget-friendly, easy to make, and pure magic in almost any savory recipe. If you want to kick up your cooking prowess a hundred notches with just one technique, THIS IS IT.

A Note On Authenticity

This is not a historically authentic recipe. We strive to create recipes that are accessible to everyone, which means ingredients need to be available at a mainstream budget grocery store. We test recipes using the least amount of steps, tools, and ingredients while still honoring the spirit of the recipe. I was born and raised in Puerto Rico and look forward to a time when our ingredients are available in mainstream markets. Until then, buen provecho!

Sofrito originated in Spain, and the word refers to a technique where you fry aromatics to release flavor compounds. The sauce took on different forms as the Spanish colonized the Caribbean, and islanders recreated sofrito with available ingredients. In Puerto Rico, where I was born and raised, sofrito is called recaito, after recao, an herb that grows wild throughout the island and gives the puree its distinctive bright green color.

How do you make sofrito?

In its most basic form, sofrito is a mix of aromatics like peppers, onions, garlic, and herbs. Think of it like the Latin version of a mirepoix or the holy trinity. Except making it is as simple as busting out your blender or food processor. Of course, if you don’t have these kitchen tools, you’ll have to rely on old-fashioned elbow grease and mince the ingredients. Either way, the results will always be fantastic.

The ingredient list for sofrito changes depending on the region. In Spain, the sauce includes tomatoes; in the Dominican Republic, it contains vinegar; in Puerto Rico, neither of those ingredients made the cut. Traditionally, Boricuas (i.e., Puerto Ricans) make sofrito with a sweet pepper known as ají dulce, garlic, onion, and, as I mentioned earlier, recao. This pungent herb is a distant relative of cilantro and is also known as Chinese parsley or sawtooth coriander. You can usually find ají dulce and recao at an Asian or Latino supermarket. When I can’t find these traditional ingredients, I sub them with green bell pepper and cilantro.

There are many versions of sofrito and recipes vary from family to family. Some use annatto oil, salt pork, tomato sauce, and additional herbs and spices. No matter what the ingredients, sofrito is usually the first thing to hit the pan, where it is lightly fried until your kitchen smells like heaven. (Am I the only one that thinks heaven will smell like something amazing’s cooking?) No matter your religious musings, I’ve seen many islanders get choked up at the first whiff of sofrito. TRUST ME. This sauce is powerful stuff.

How do you store sofrito?

A little sofrito goes a long way, so you’ll always have leftovers when you make a batch. Store it in an airtight container in your fridge for up to a month. Or do like every abuela (Spanish for grandma) does on the island: freeze any leftovers in an ice cube tray. Then transfer the cubes to a freezer-safe container, where they will stay fresh for up to three months.

How is Sofrito Used?

Honestly, many savory recipes would benefit from a few tablespoons of sofrito. Of course, it’s imperative that you use it in Caribbean dishes, like my recipe for Arroz con Pollo (Puerto Rican chicken and rice). But you should also try it in your favorite stews, soups, beans, and sauces. For example, a few tablespoons would be spectacular in this easy chili, this hearty vegetable barley soup, or this dreamy Spanish chickpeas and rice.

5 from 3 votes
Sofrito is the aromatic flavor base of many Caribbean dishes. It's budget-friendly, easy to make, and pure magic in almost any savory recipe.
Author: Monti – Budget Bytes 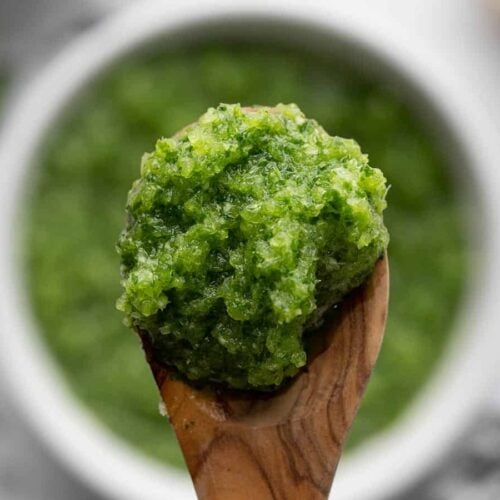 How to Make Puerto Rican Sofrito- Step by Step Photos

Prep and quarter the onion and bell pepper. Rinse and chop the cilantro. Add the onion, bell pepper, cilantro, and garlic to the bowl of a food processor or blender.

Pulse until the ingredients transform into a smooth, thick puree. If the blades get stuck cutting through the ingredients, add a little olive oil to move things along.

You can use the sofrito immediately, store in an air-tight container in the fridge for up to a month, or portion into an ice cube tray and freeze. Place the cubes into a freezer-safe container and store for up to three months.

Looking for more easy how-to’s? Check these out:

Monti CarloMonti Carlo is a Puerto Rican food TV personality, food writer, and special events chef. Catch our Senior Food Editor doing her best not to talk with her mouth full on Netflix, Food Network, Cooking Channel, Tastemade, PBS, and (of course) all over Budget Bytes!More About Monti