Dessert during the September Challenge? Heck yeah! Especially if it’s a Caramelized Banana and Peanut Butter “Quesadilla!” I’ve been buying bananas because they’re one of the cheapest produce items available to me, but sometimes I get a little tired of them and I’m not a fan of overly browned bananas… well, not by themselves anyway. Pair them with some brown sugar, butter, cinnamon, and peanut butter and I’m on board! 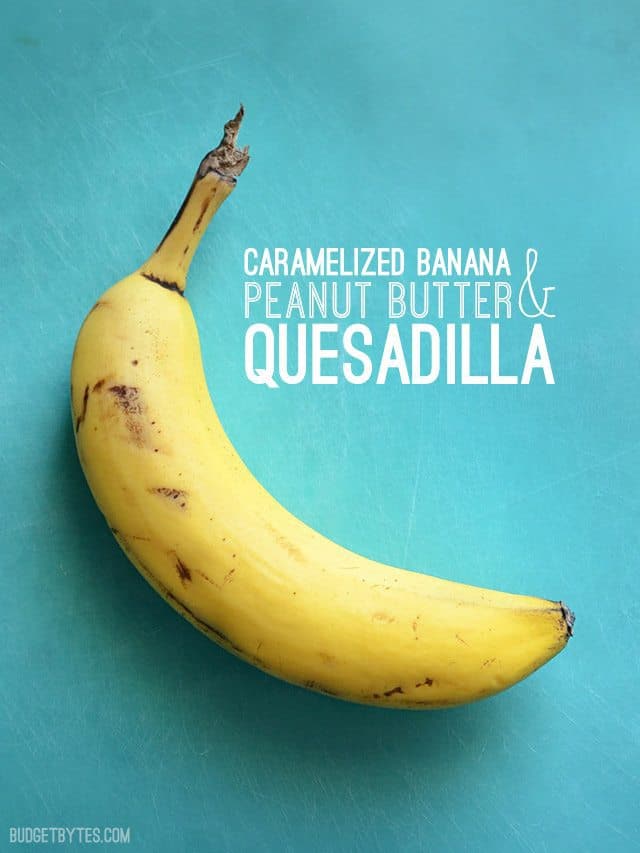 That’s Not a Quesadilla!

Yeah, yeah, I know, the “quesa” in quesadilla means cheese and there is no cheese in this caramelized banana and peanut butter “quesadilla.” Sometimes recipe names are figurative, especially dessert recipe names. Dessert pizza isn’t really pizza, but the world keeps turning.

Use Your Over Ripe Bananas

If you’re like me and just have one banana that’s past your prime, or not enough to make a batch of banana bread, these caramelized banana quesadillas are a great answer. Just a few minutes and a couple of pantry staples and you’ve got yourself one of the most decadent, ooey-gooey, sweet desserts around! And if you happen to have some vanilla ice cream on hand, make sure to add a scoop on top!

Other Uses For Caramelized Bananas

These sticky sweet caramelized bananas are great for more than just dessert “quesadillas.” You could totally scoop them onto your oatmeal, a bowl of ice cream, add them to some yogurt with granola for a parfait, or scoop them onto some banana pudding. 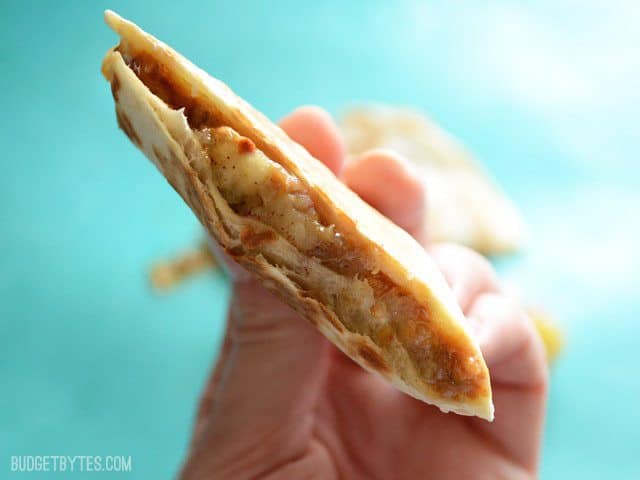 4.60 from 10 votes
Need a quick dessert? Use your over ripe bananas in this caramelized banana, peanut butter, and cinnamon "quesadilla." The perfect single portion dessert!
Author: Beth - Budget Bytes 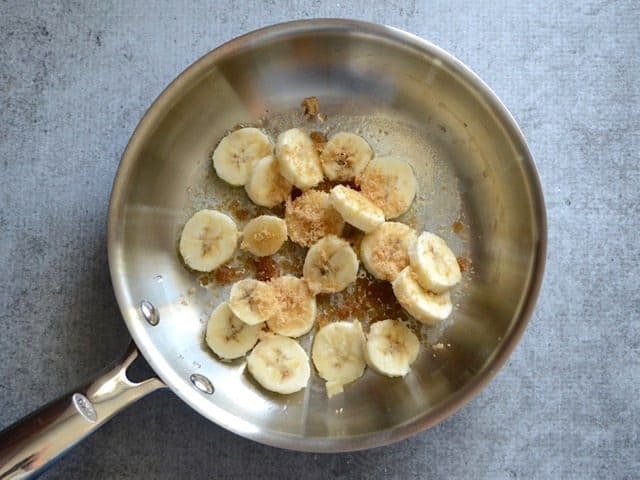 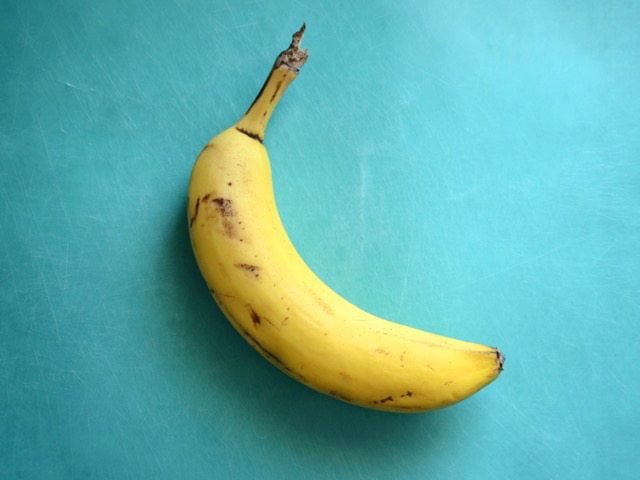 Start with one ripe banana. Ripe bananas have a higher sugar content, which is really important for the flavor and caramelizing action. 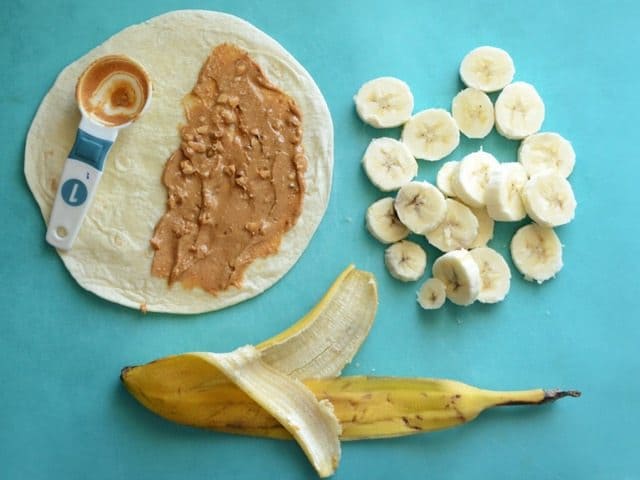 Slice the banana and spread 1 Tbsp peanut butter over half of one small flour tortilla. 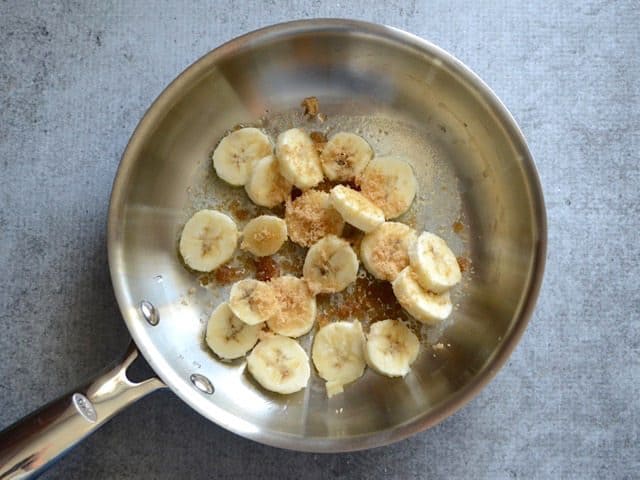 Melt 1/2 Tbsp butter in a small skillet over medium heat. Once melted, add the sliced bananas and sprinkle 1/2 Tbsp brown sugar over top. Cook the bananas in the butter and sugar. 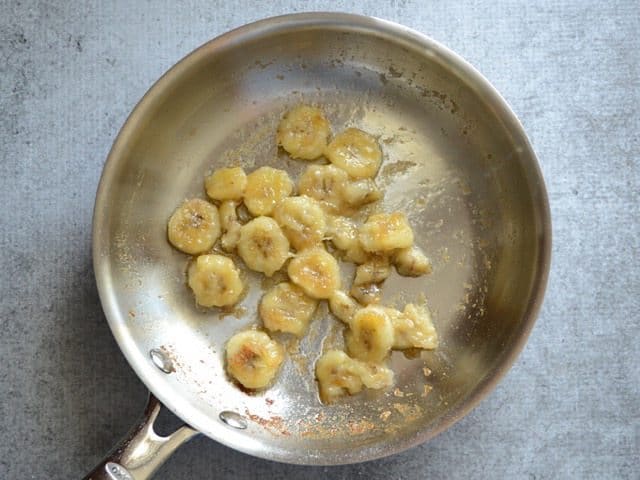 Cook until the bananas get a golden brown coating from the caramelized butter and sugar. They should be sticky and gooey. Remove the skillet from the heat. 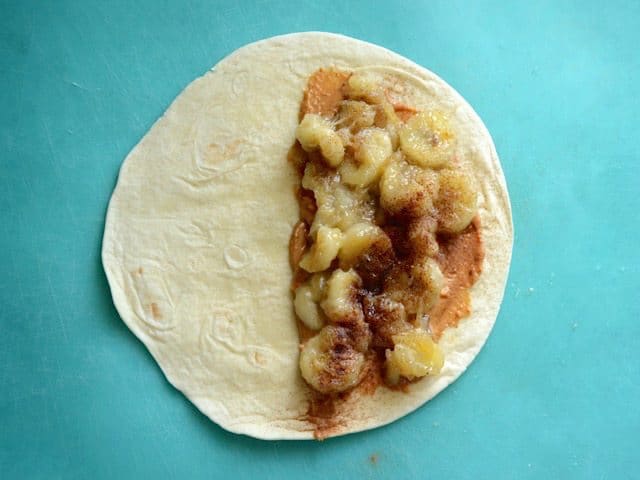 Scoop the caramelized bananas onto the peanut butter side of the tortilla. Add a dash of cinnamon (my cinnamon came out REALLY fast. Ooops.) 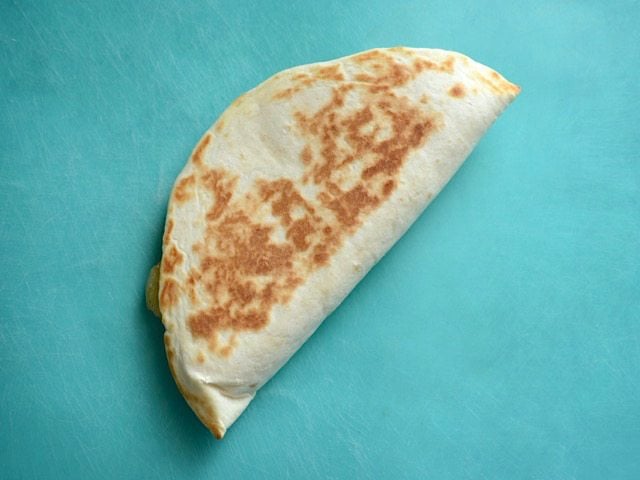 Fold the tortilla closed, then cook in a clean dry skillet over medium heat until the tortilla is golden brown and crispy on both sides. Yes, I used two skillets because the sugar left over in the caramelized skillet would have made the tortilla stick, but it’s SO worth it. 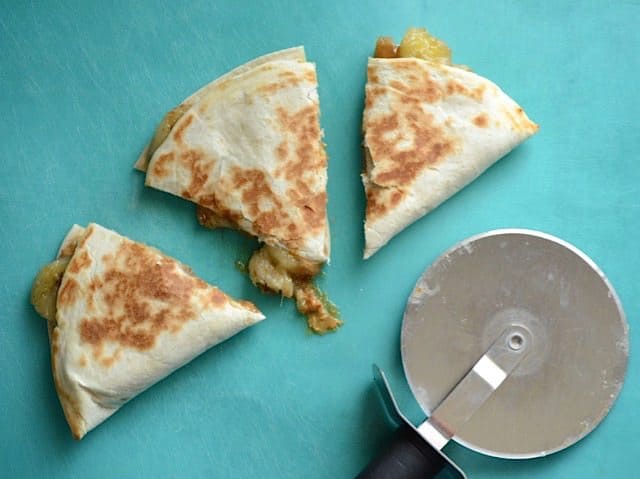 Slice the quesadilla into triangles. You can use a large knife, but I find that a pizza wheel works the best. If you cut from the “open” side in towards the folded edge, you’ll get less oozing. 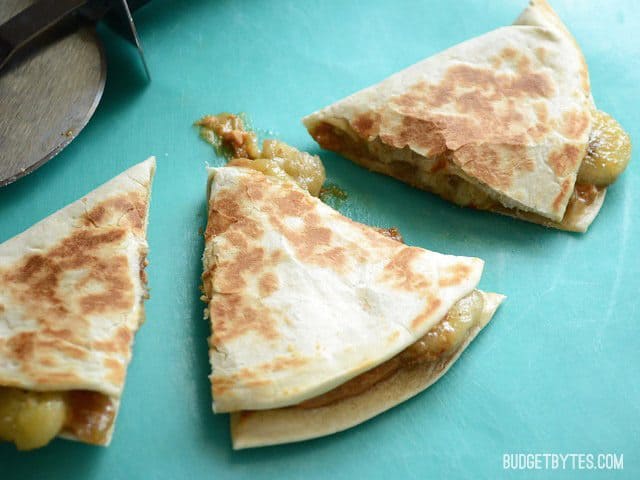 Yaassssssss. So warm, sweet, and delicious. This Caramelized Banana and Peanut Butter Quesadilla is the perfect little treat.