Sweet potatoes are one of my favorite ingredients. They’re inexpensive, packed full of nutrients, and, most importantly, DELICIOUS. So, when my coworker told me about seeing someone make sweet potato grits on a chef reality TV show, I was all like, “Yes ma’am, I will be making those IMMEDIATELY.”

I tasted these grits throughout the cooking process and I have to say, there are about a million different ways they could be prepared. I ended up adding a little cinnamon and nutmeg, but leaving the sweetener out because they were so rich and delicious already. You can serve it with brown sugar or maple syrup if you’d like, but they’re also good without. Even before adding the spices, these grits were so delicious that I could have eaten a whole bowl. You could even take them the savory route and add a little cheese and savory spice, which would also be awesome. The sky’s the limit. 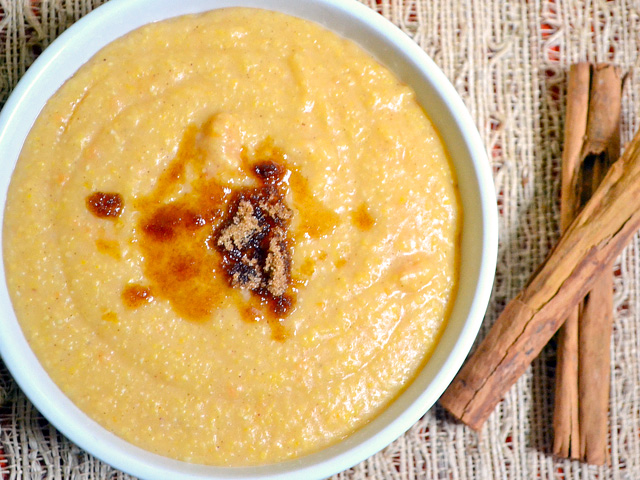 4.80 from 5 votes
A rich and creamy sweet potato grits that can be eaten either sweet or savory!
Author: Beth - Budget Bytes 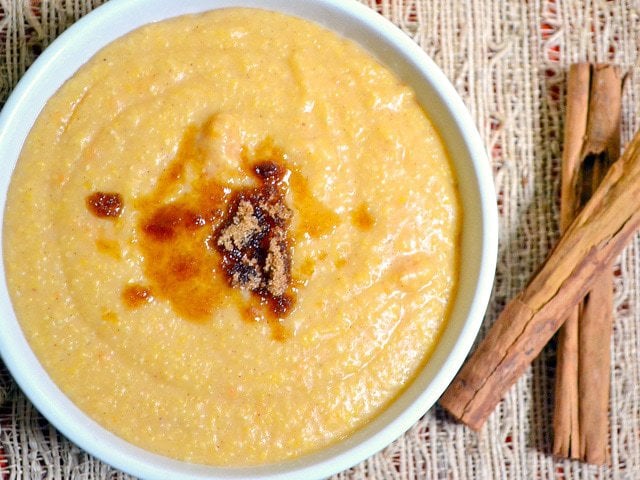 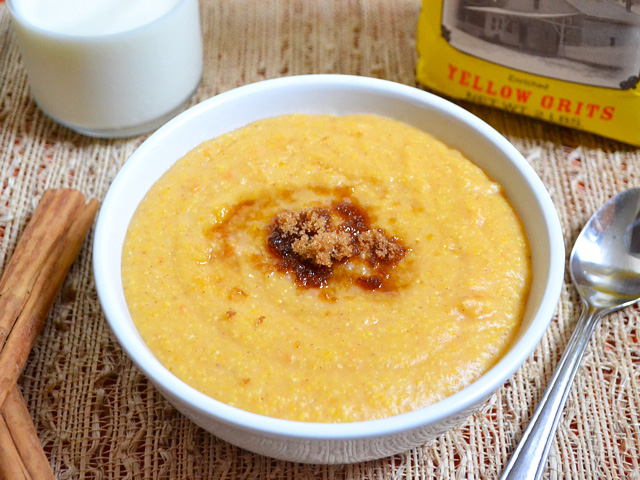 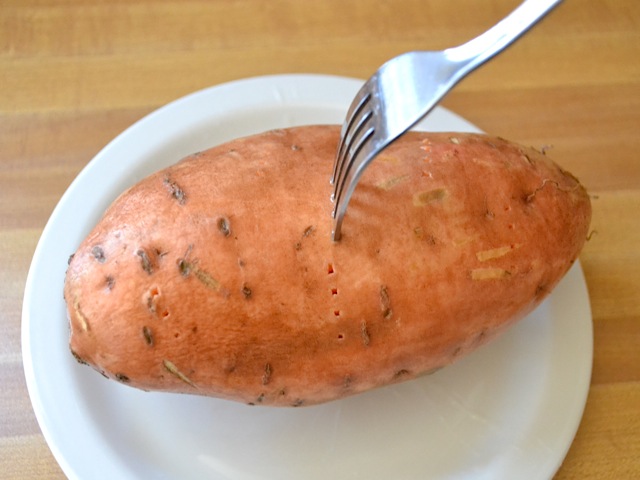 Rinse off the sweet potato and prick it with a fork. Wrap it loosely in a paper towel, place on a microwave safe plate, and the microwave on high for 5 minutes. Squeeze the sweet potato to make sure it is soft all the way through, and microwave longer if needed. 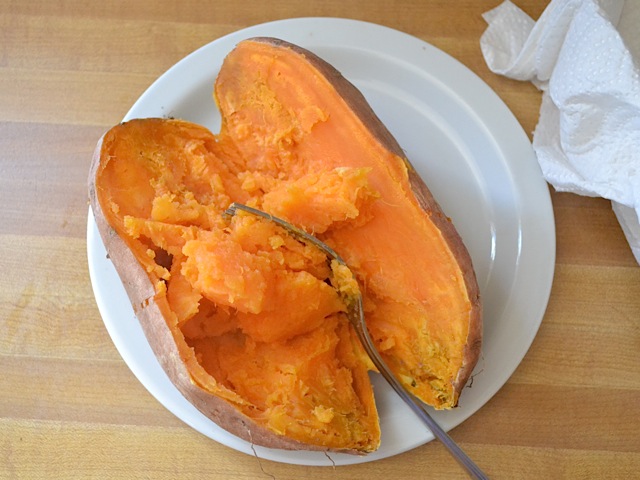 Allow the sweet potato to cool slightly, then cut it open and scoop out the flesh. 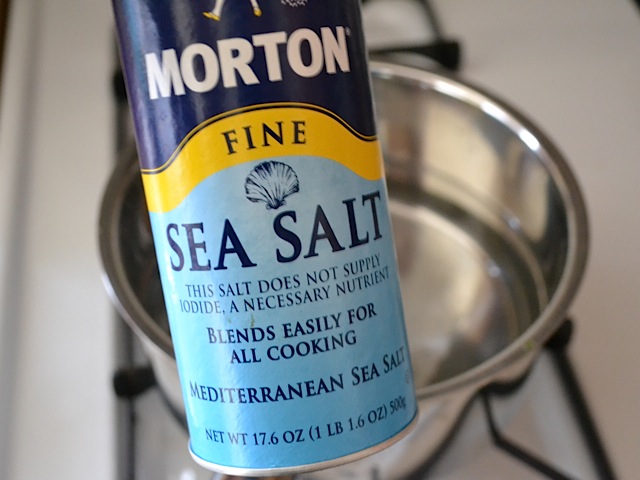 Cook the grits according to the package directions (instant grits will have different instructions than regular grits, etc. You can use either). Mine said to bring 4 cups of water to a boil along with 1 teaspoon of salt. Someone once asked what type of salt I use, so here it is :) 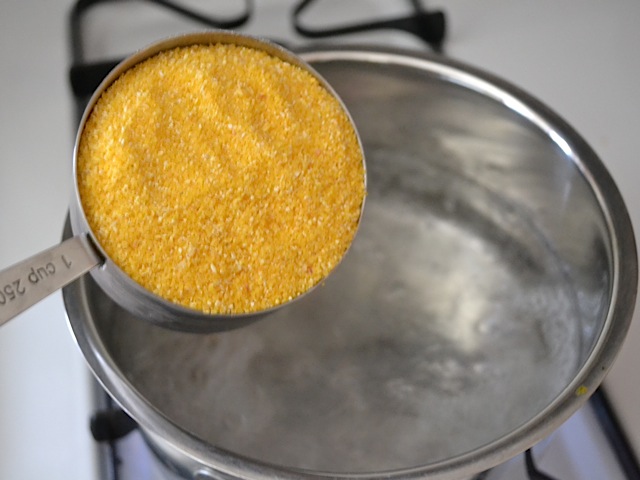 Once the water reaches a rolling boil, pour in the grits… 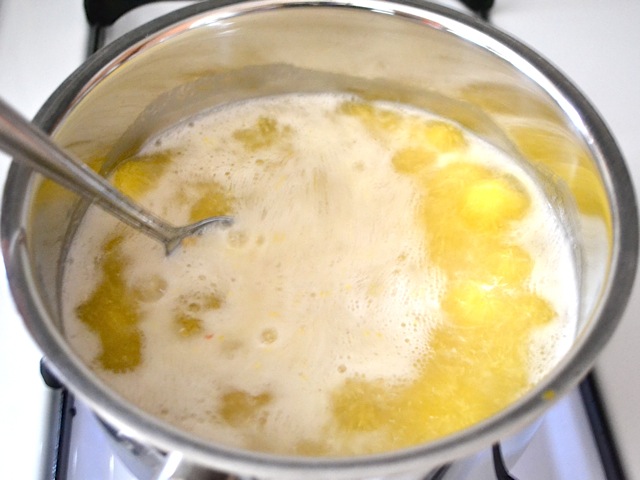 Stir the grits into the boiling water and then allow it to come back up to a full boil (this happened almost instantly for me). Then turn the burner down to its lowest setting, place a lid on top, and let it simmer for ten minutes. 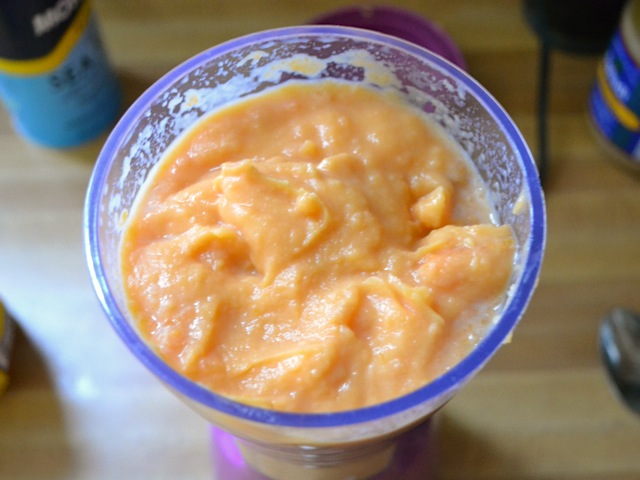 While the grits are simmering, puree the sweet potato with some milk. Only use enough milk to allow the sweet potato to blend… it’s okay if there are a few chunks, you’re just trying to get rid of the slightly stringy texture and make them easy to stir into the grits. 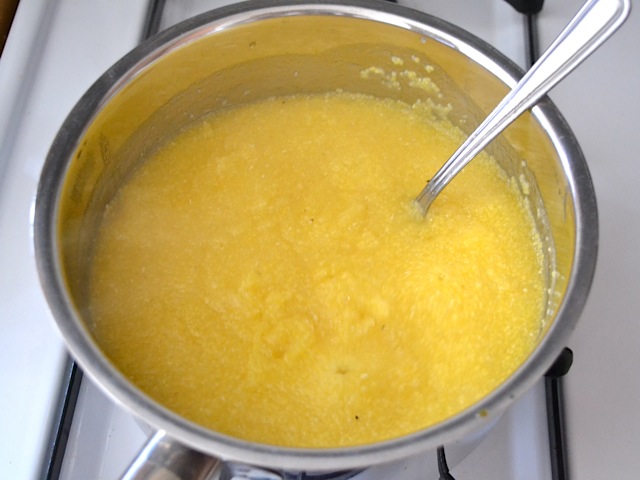 Once the grits have simmered for ten minutes, give them a good stir. They may seem watery at first, but as you stir they’ll thicken up nicely. 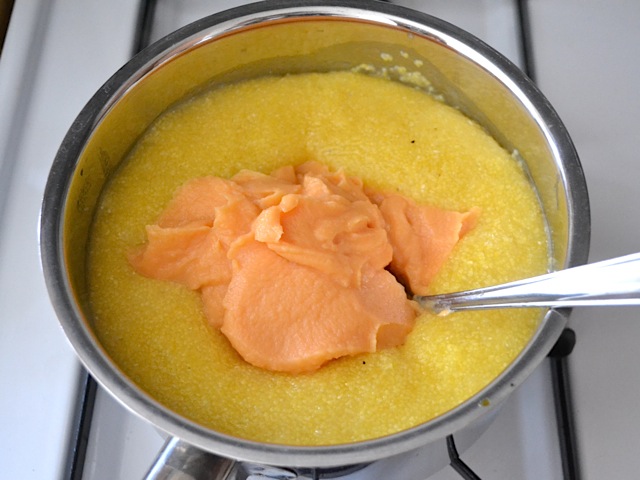 Add the sweet potato puree and stir to combine. 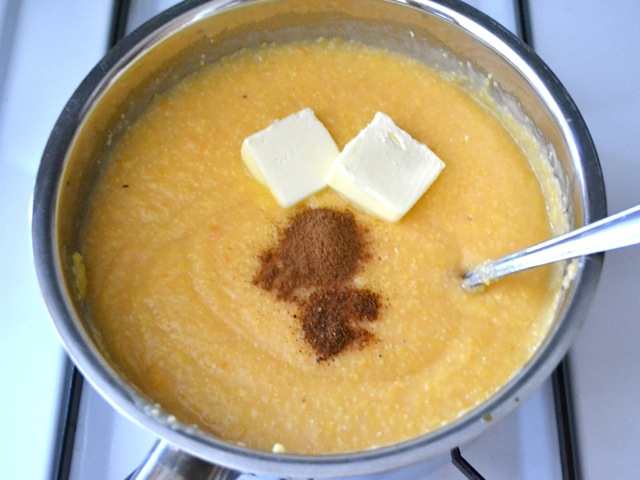 Next add the butter, cinnamon, and nutmeg (or whatever spices you’d like). Stir to combine. The sweet potatoes are already so creamy that you barely need any butter at all. I tasted the mixture before the butter and spices and it was already deeeelish. 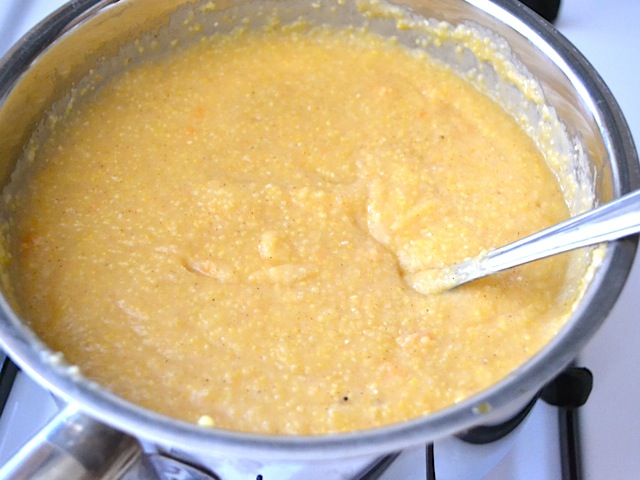 I left mine unsweetened, but you could certainly add some brown sugar or maple syrup if you’d like. 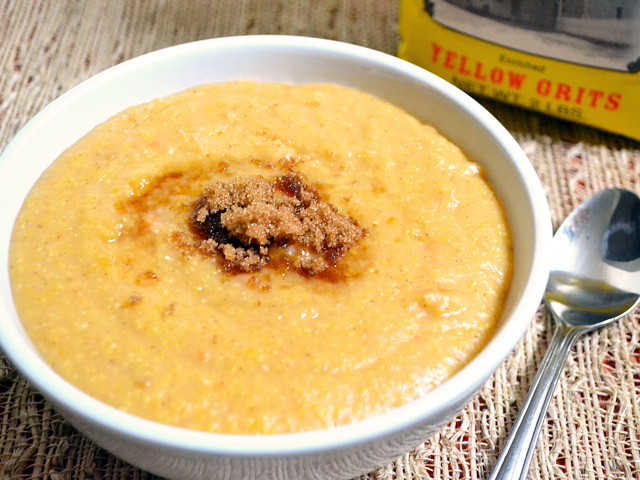