Hola friends! Late last night I flew back home from my vacation in Mexico and I couldn’t wait to get into the kitchen today. One of my wonderful readers suggested Sopa de Fideo to me a couple weeks ago and I thought this would be an appropriate time to give it a try (kind of like a final celebration of all the wonderful things I saw and experienced in Mexico). 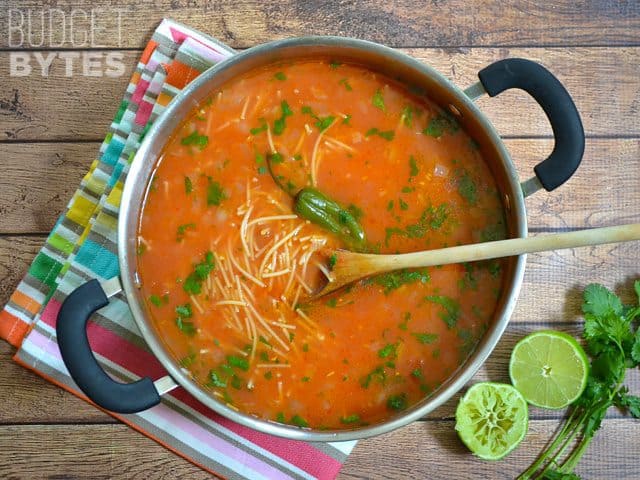 What is Sopa de Fideo?

Sopa de Fideo, or Mexican Noodle Soup, is a simple and comforting tomato-based noodle soup. This incredibly easy soup is full of flavor and, of course, inexpensive (hello, budget-friendly). What makes it special is the toasted vermicelli noodles that add a little extra depth of flavor compared to your everyday noodle soup.

There are a million ways to make Sopa de Fideo, so I put my own spin on it with a little cumin, lime juice, and fresh cilantro (because I LOVE lime in soup). If you want to make this soup a little heartier, you can add some shredded chicken, or store-bought rotisserie chicken. If you want to have fun with toppings, try a few chunks of avocado, some crumbled queso fresco, or even a few tortilla chips. I ate mine plain and simple as described below and loved every spoonful!

As with just about everything I post on Budget Bytes, I’ve tweaked this classic recipe to fit my needs and palate. If you want to try the real deal and learn more about this awesome soup, make sure to check out some of these authentic Sopa de Fideo recipes: 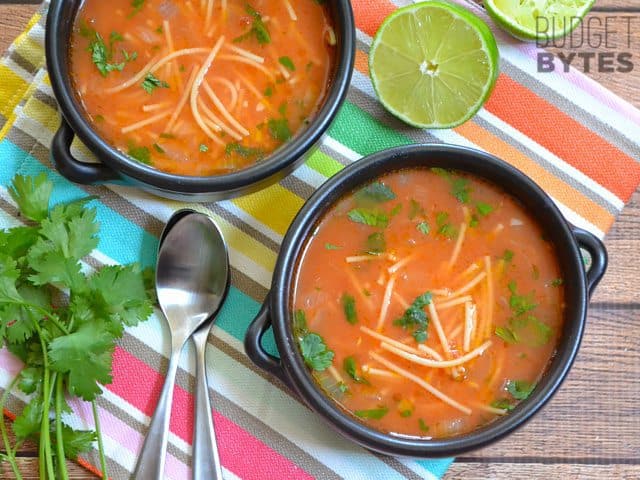 4.97 from 28 votes
Sopa de Fideo is an incredibly simple yet flavorful soup made with a tomato based broth, toasted vermicelli noodles, fresh lime, and cilantro.
Author: Beth - Budget Bytes 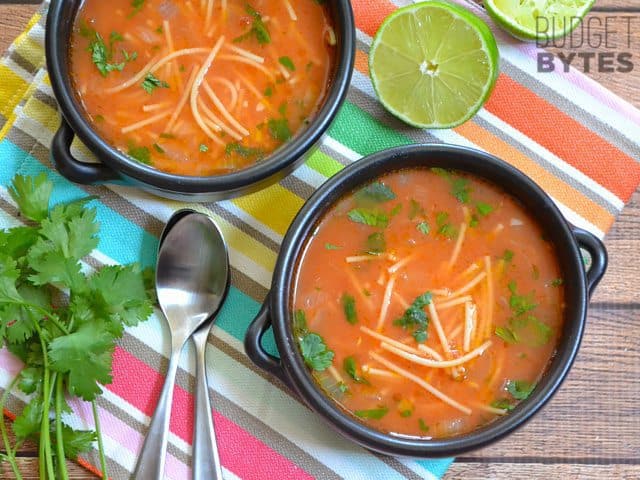 How to Make Sopa de Fideo – Step by Step Photos 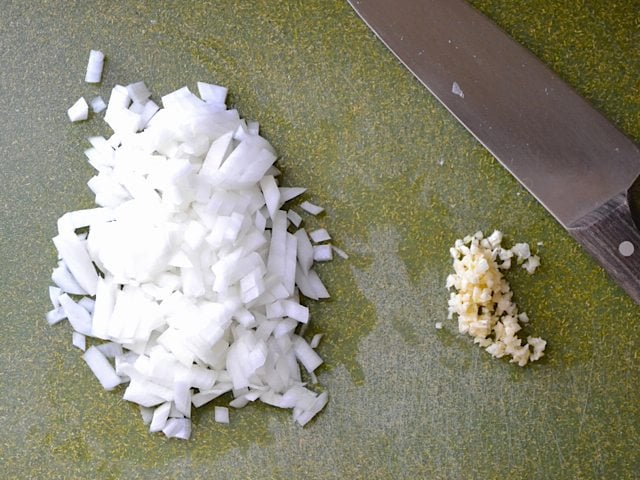 First I diced one onion and minced two cloves of garlic. You can use a white or yellow onion here, whichever you have or prefer. I wanted these to be chopped and ready to go when I needed to add them to the pot. The next step of browning the noodles can go quickly, so you need to be prepared in order to prevent burning the noodles. 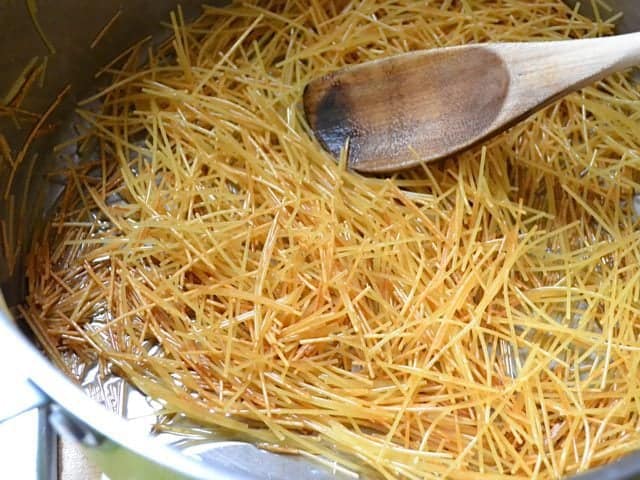 Add two tablespoons of vegetable oil to a large soup pot. Break 1/2 lb. (8 oz.) of vermicelli noodles into one to two inch sections. Add them to the pot and cook while stirring over medium-low heat for a few minutes, or until the noodles are golden brown like this. Aim for about half of the noodles being browned because they may brown slightly more in the next step. 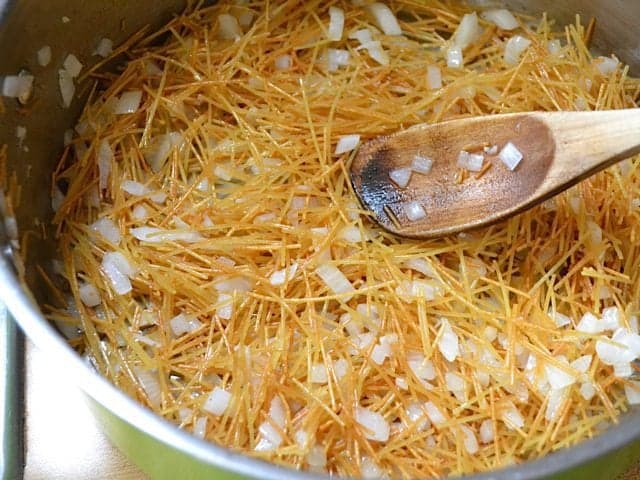 Once the noodles look brown and a little blistered, add the pre-chopped onions, garlic, and cumin. Continue to cook while stirring for a few minutes more while the onions soften (the cumin will also toast a little in the process). The moisture released from the onions should slow down the browning of the noodles and keep them from going too far. 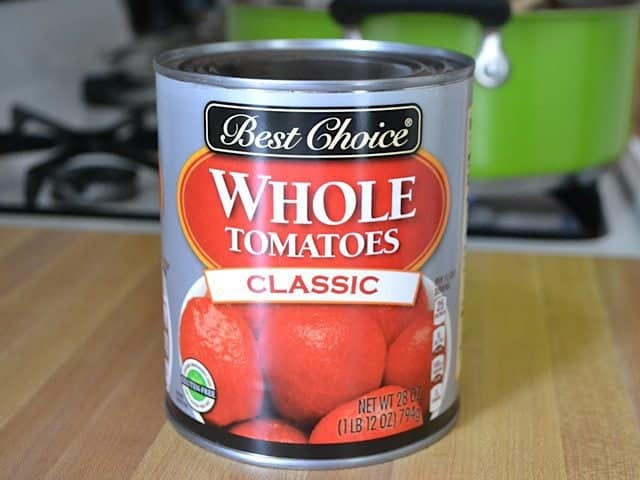 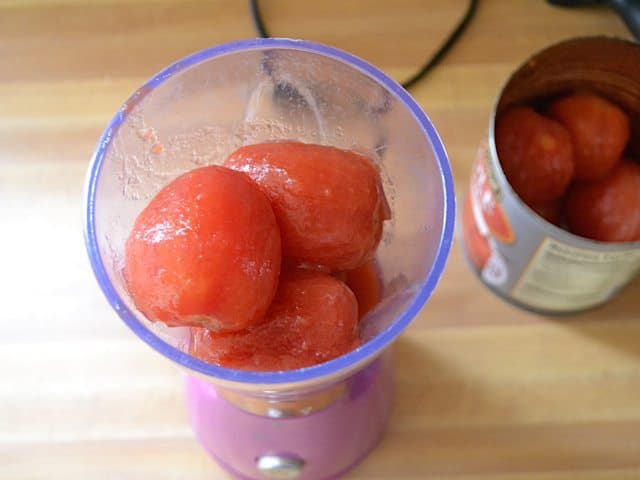 Add a little of the juice from one 28-oz. can of whole tomatoes to the soup pot with the noodles to stop them from browning. Then add the rest (tomatoes and juices) to a blender and blend until they are puréed. I left mine just slightly chunky. Add the puréed tomatoes to the pot. 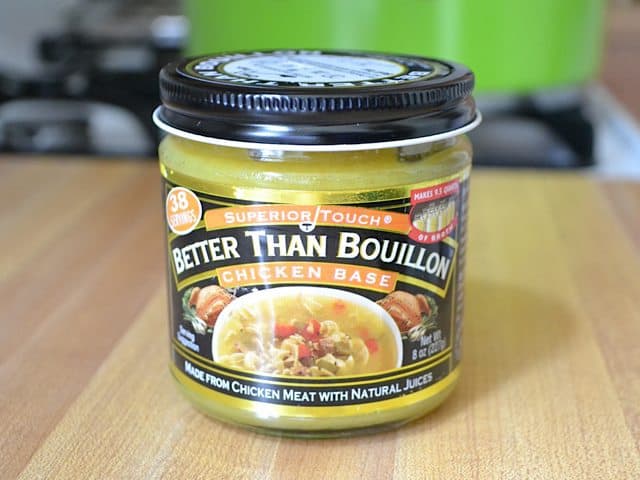 Also add 6 cups of chicken broth. I use Better Than Bouillon soup base to make my broth because it’s less expensive than canned broth and I can mix up any amount that I need. The little jar just sits in my fridge ready for whenever I need broth. (1 tsp chicken base + 1 cup water = 1 cup broth) 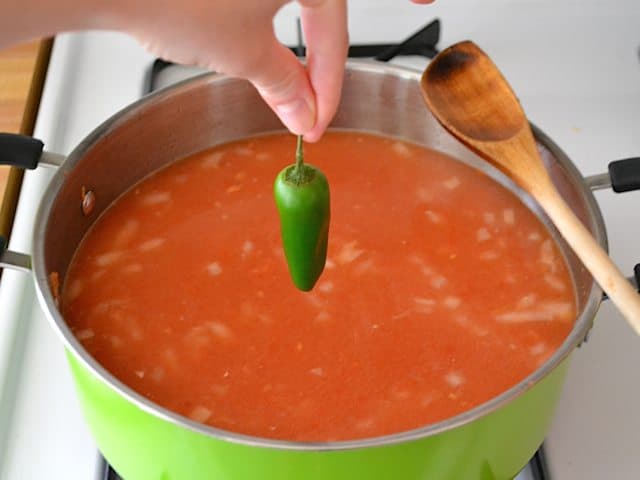 Lastly, add one WHOLE jalapeño to the pot. Why whole? It infuses the soup with a little jalapeño flavor without much heat. BUT take that with a grain of salt. Every pepper has its own level of heat, so I can’t guarantee that it won’t be spicy with this method. Just drop the pepper in whole, place a lid on the soup, turn the heat up to medium-high, and let it come to a boil. Let the soup boil for about 15 minutes, or until the pasta is cooked through. 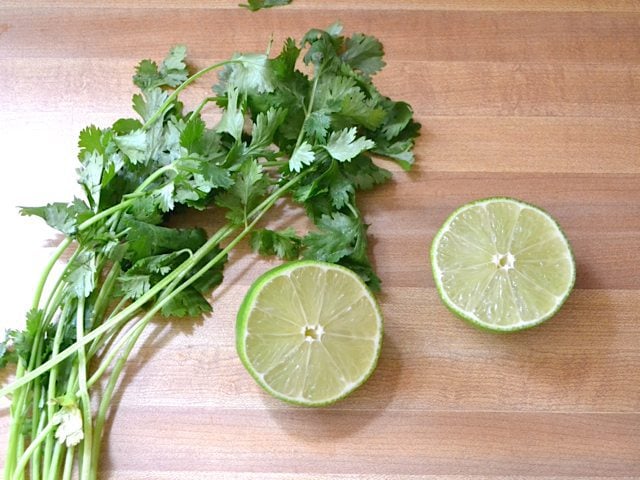 Once the noodles are cooked, it’s time to add the final touches. A squeeze of lime juice and some roughly chopped cilantro. I used about half of the lime and 1/4 bunch of cilantro, but you can use more or less to taste. 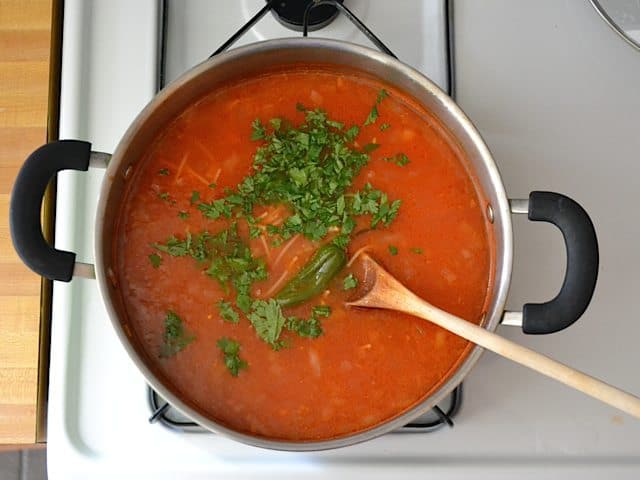 Stir them in and serve. The longer the soup sits, the more the noodles will absorb the broth and fill up the pot. In this picture, right after simmering, it’s still pretty brothy. After taking all my photographs it was thick and noodly. YUM. 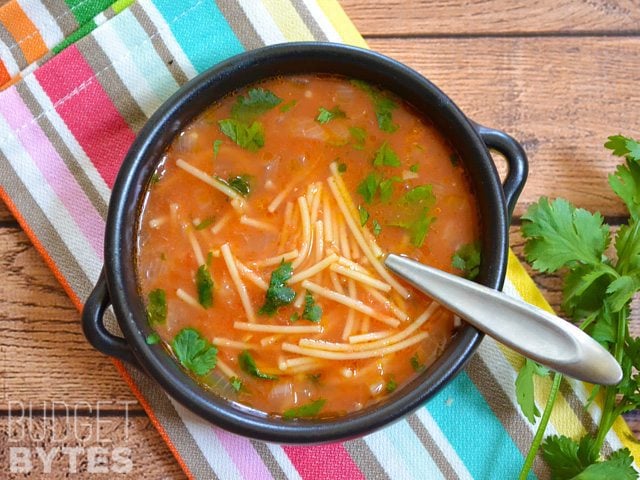