Is anyone else as freaked out by fish sticks as I am? I mean, they’re greasy, sometimes slimy and smell fishy. Yet for some strange reason, every now and then, I get a MAJOR craving for them. I don’t get it either but I decided to work with it.

So, I found this recipe over on Epicurious.com and decided to give it a shot. They looked pretty good and WAY less scary than the store bought kind. To make the fish sticks, I used the same basic cooking method but changed up the breading and used a different fish. I also changed the tartar sauce recipe but I’ll post that separately (it is here).

The end result was beyond amazing. I literally couldn’t stop eating them and then came back for a few more later that night. They were crispy on the outside and super moist on the inside and definitely NOT scary. I experimented with baking a batch last night and pan frying the rest today. Pan frying wins hands down but if you’re really worried about oil, go ahead and bake them (400 degrees until golden brown, about 15 minutes). 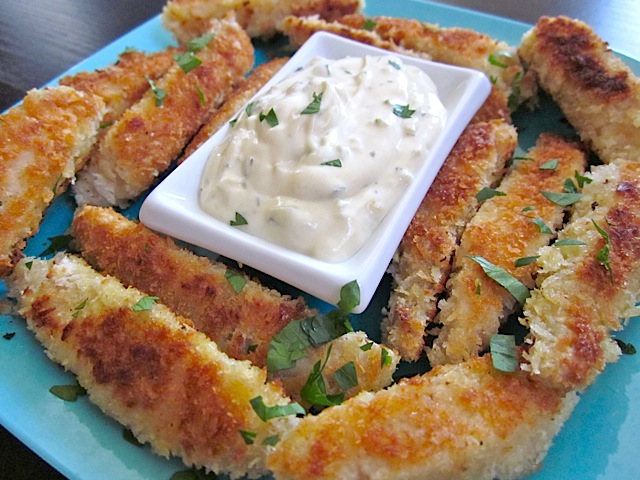 5 from 9 votes
Make your own fresh fish sticks with tilapia filets and forget those soggy frozen fish sticks. 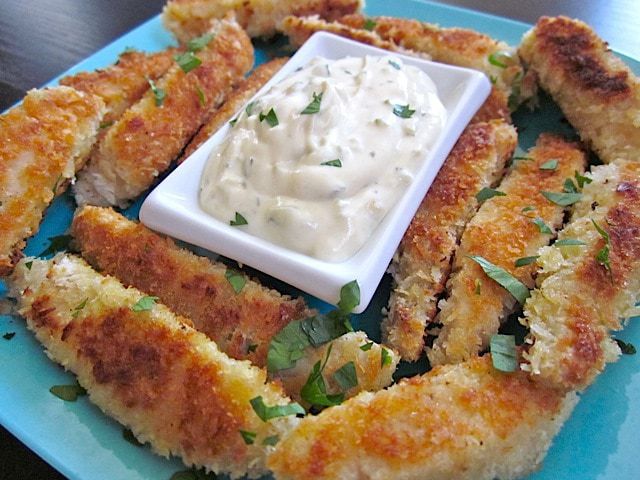 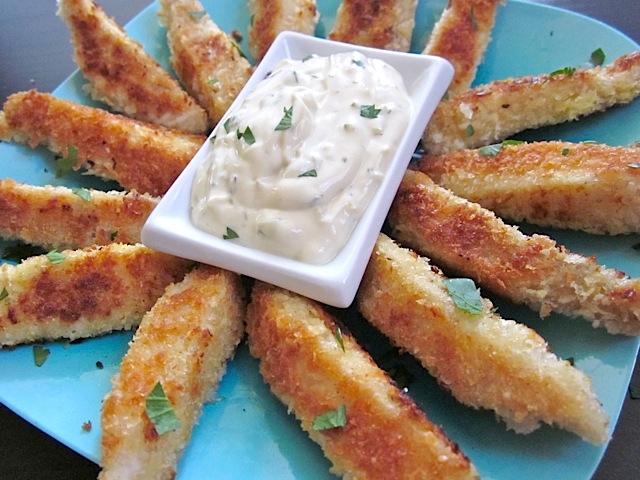 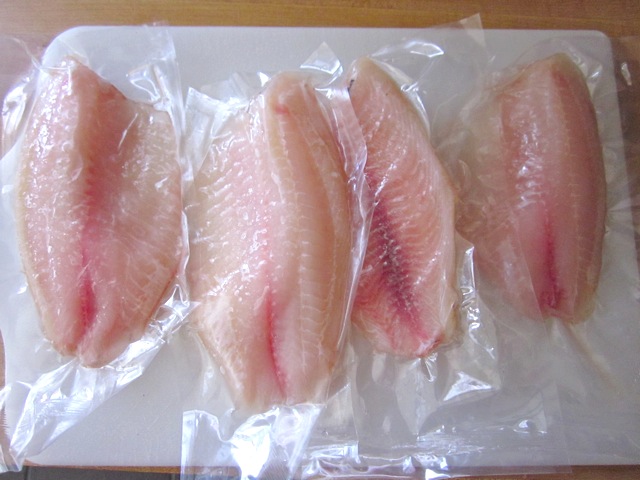 Tilapia filets are often sold in a bag or pack with each filet vacuum packed. This makes it easy to thaw only the amount that you want to cook at that time. One pound will be about four filets. Because the filets are thin, they thaw very quickly (about 5-10 minutes under running water). 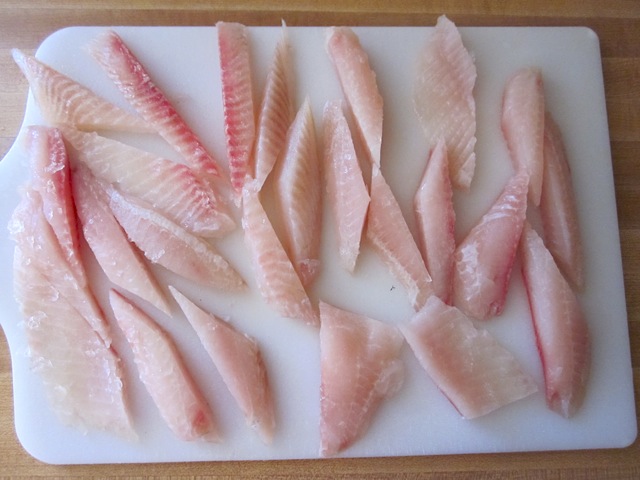 Cut each filet into four to six filets, depending on the size. The strips should be slightly smaller than you think because they will seem much larger once breaded. 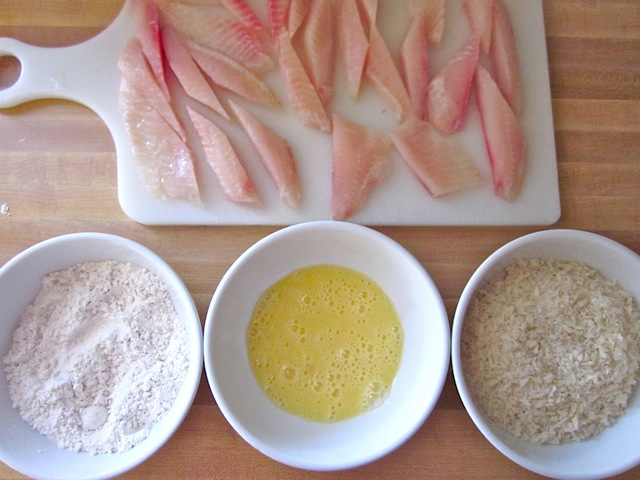 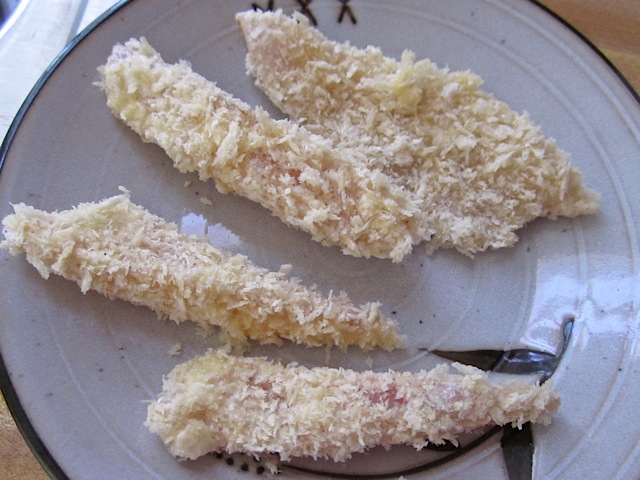 Coat each piece of fish in flour then dip in egg and, lastly, coat in panko crumbs. Keep them on a plate until all of the strips have been breaded. Your fingers WILL get goopy. Heat 2 Tbsp of vegetable oil in a large skillet until very hot (a drop of water will sizzle heavily). Place half of the fish sticks in the skillet and cook until golden brown on all sides. 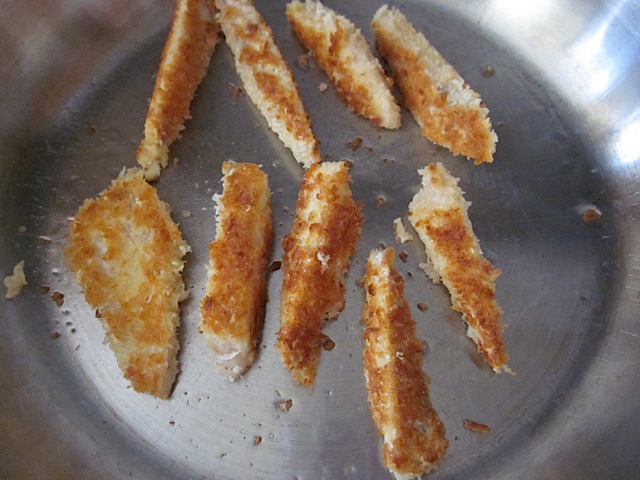 When the first half is done, place them on a plate with paper towel to drain. Carefully wipe out the pan with a dry paper towel, add the remaining 2 Tbsp of vegetable oil and cook the second half of fish in the same manner. 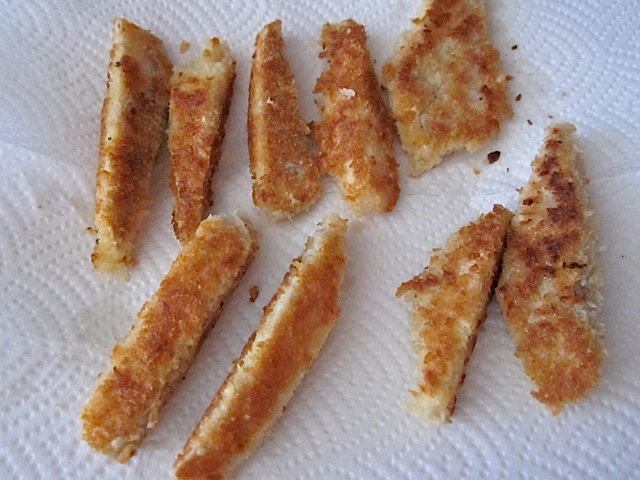 Let them drain to remove any excess oil. 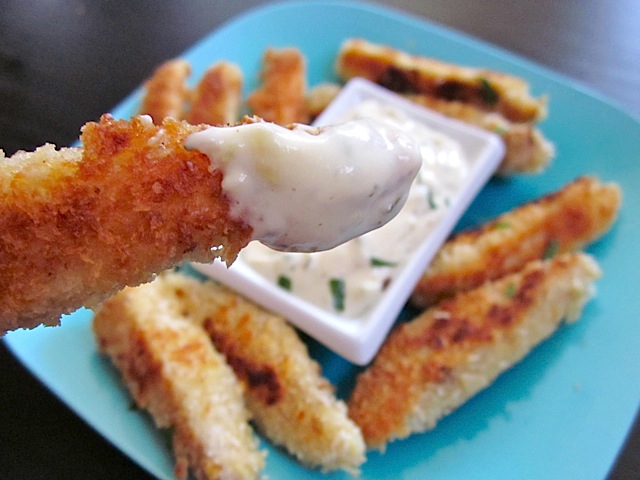 Posted in: Meat Recipes, Quick Recipes, Recipes under $10, Seafood Recipes, Under $3 per serving