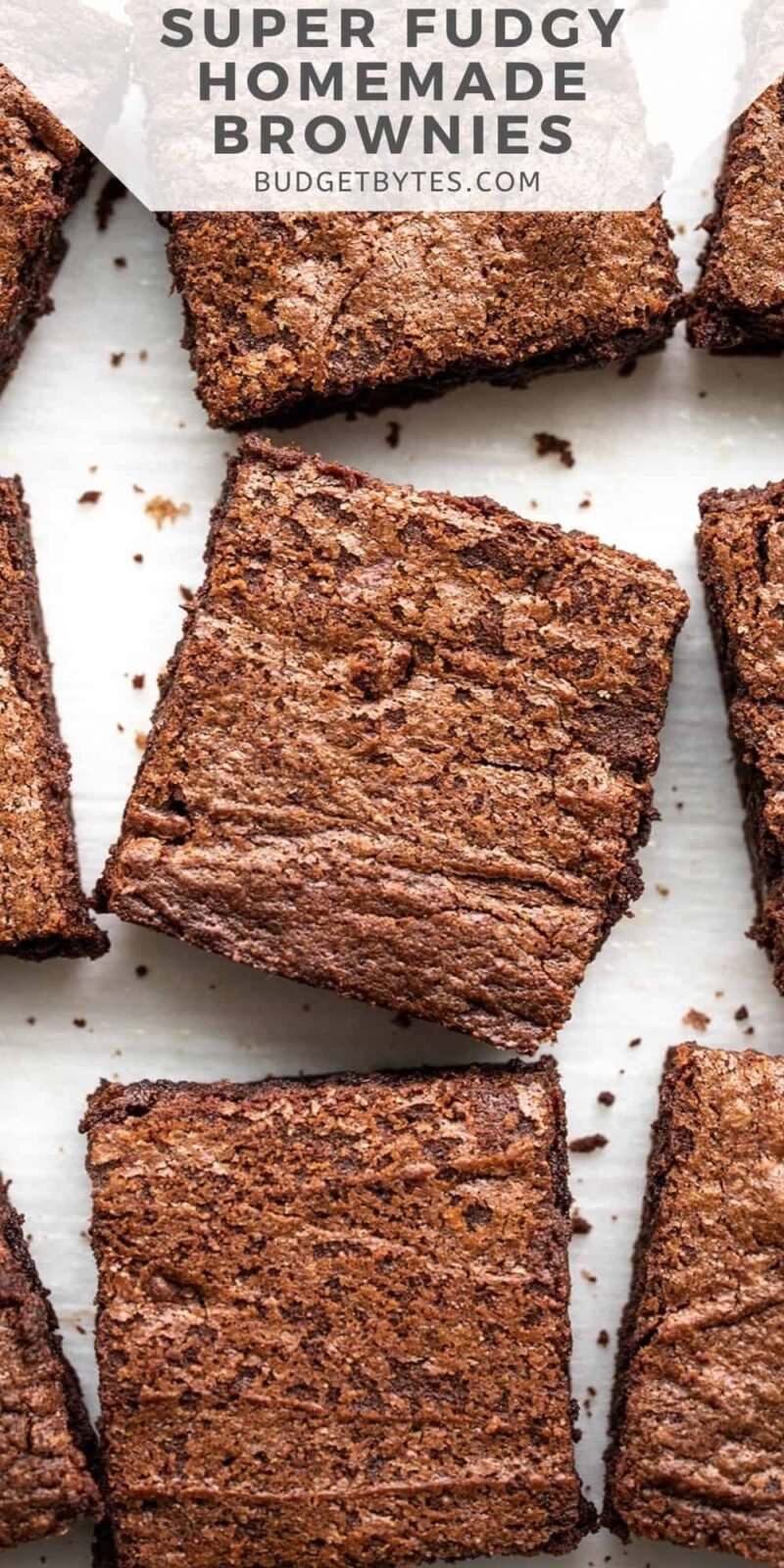 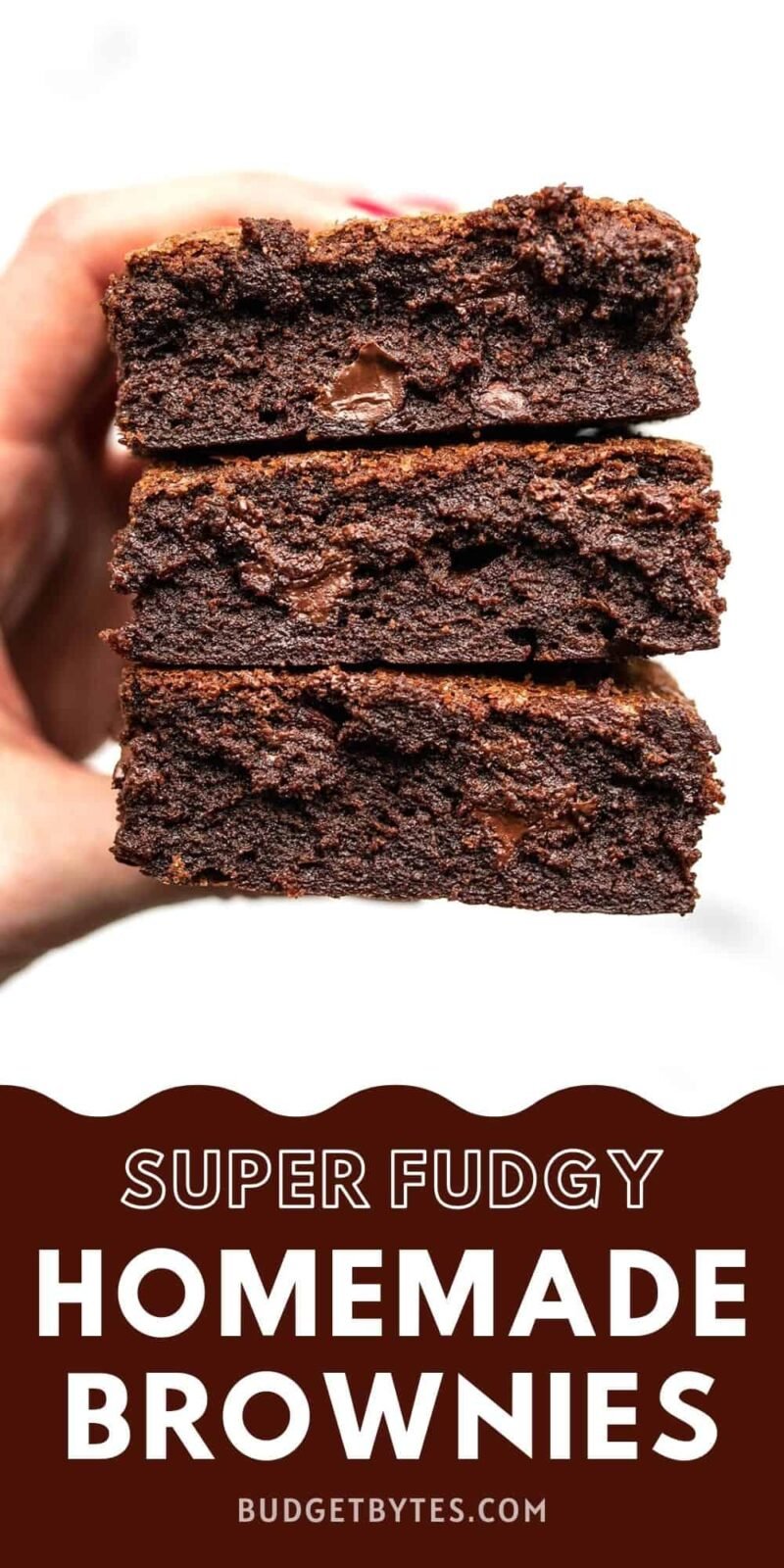 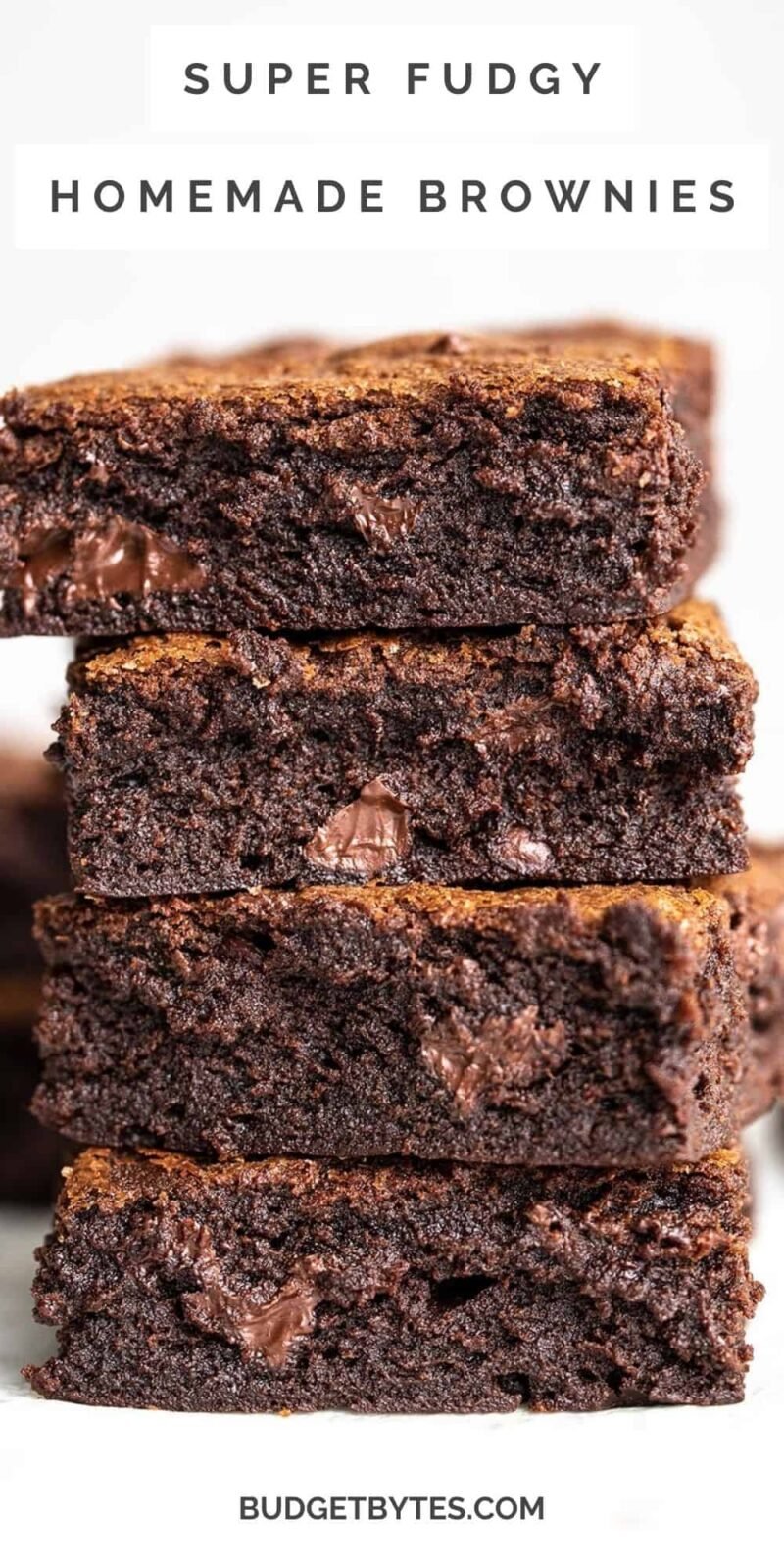 These are some seriously fudgy brownies, guys. Like, if you’re not really into chocolate, you might want to just skip this one because these homemade brownies are about as close as you can get to fudge while still being a brownie. Consider the lines blurred. But if you like ’em thick, rich, fudgy, and moist, these are the brownies for you!

P.S. Did I mention that you can make these incredible brownies in just one bowl? Yeah, they’re easy AND delicious!

How to Make Brownies Fudgy

The secret to making moist, fudgy brownies is all in the type of fat you use and how you use it. Butter offers the best flavor for brownies, but because it’s solid at room temperature, adding a little cooking oil in addition to the butter helps keep the brownies extra soft and moist as they cool.

Using melted butter instead of cold butter also helps keep the brownies extra rich and fudgy. When solid butter is creamed together with sugar, it aerates the batter creating a light cake-like texture in the brownie. Melted butter can’t trap air in the same way, resulting in a dense, rich brownie.

What Type of Chocolate to Use for Homemade Brownies

This recipe calls for chocolate in two forms: unsweetened cocoa powder and chocolate chips. I used a generic cocoa powder because I wanted to make sure these brownies would still be excellent even on a budget (they are), but if you have room in your budget for a higher quality cocoa powder, your brownies will only get better.

As for the chocolate chips, you can choose just about anything. Semi-sweet, dark, mint, peanut butter, large, small, whatever. Anything goes when it comes to the chips! This is a great way to use up leftover chips that you might have in your pantry. ;) 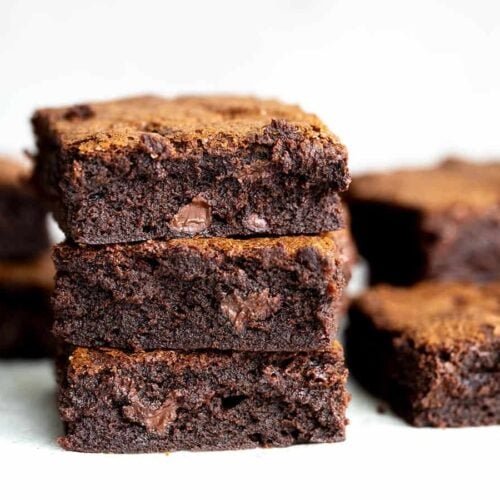 How to Make Fudgy Homemade Brownies – Step by Step Photos

Whisk 1 ¼ cup granulated sugar into the butter and cocoa mixture.

Stir ¾ cup of all-purpose flour into the brownie batter until evenly combined.

Coat an 8×8-inch baking dish in butter or non-stick spray, then lay parchment paper in the dish (it doesn’t need to cover all sides, it just makes it easy to lift the brownies out of the dish). Transfer the batter to the prepared baking dish and spread it smooth.

Bake the brownies in the preheated 350ºF oven for 40 minutes. The brownies will be very soft and moist when hot, so let them cool for 10 minutes before removing them from the dish.

Once the brownies are slightly cooled, you can use the parchment to lift them out of the baking dish. You can cut them while still warm (they will still be quite soft) or let them cool even further for cleaner cuts.

Enjoy all that fudgy brownie goodness! 🤤