I had an email from a reader (sorry, can’t find the email to fetch your name!) a while back requesting that I try to make a raita similar to the one she had at Trader Joe’s. Unfortunately, I’ve never had raita and there isn’t a Trader Joe’s near by where I could get some to try. I looked into the recipe anyway and was intrigued. Raita kind of looks like the Indian version of tzatziki… and I LOVE tzatziki.

So, if you’re unfamiliar, both are a yogurt based sauce used for dipping, putting on flat breads, or whatever else you’d like. They’re creamy, cooling, and tangy. I looked up some recipes for raita and found that there are a million different versions out there. Some with cucumber, some with ginger, some with green onions, some simply with yogurt and a couple of spices . I liked the idea of having both cucumber and ginger to make it extra “cool” on the palate, so I went with that. You can definitely experiment with this and make it your own.

Full fat, strained (or Greek) yogurt is best for this recipe because it makes a nice thick, rich sauce. I happened to have some non-fat regular (not Greek) yogurt in my fridge so I used it instead of buying more. It was still delicious, although much thinner. It was still flavorful and went great with my Tandoori Chicken Bites. I also like the idea of adding a pinch of cayenne to juxtapose the cool cucumber and ginger… I might go add some now :) 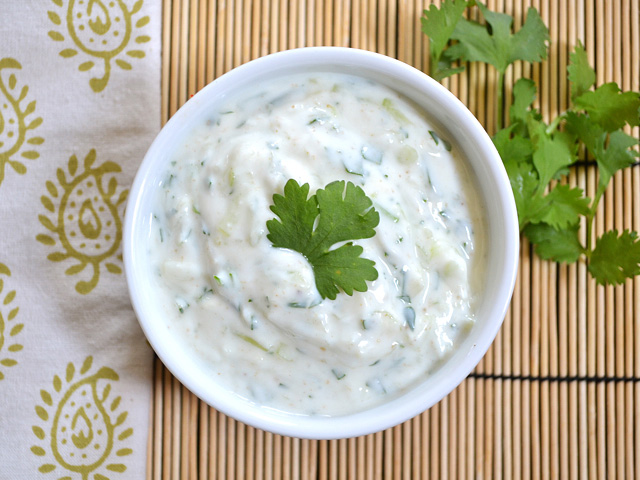 5 from 1 vote
Cucumber raita is a quick, flavorful, and fresh sauce to cool spicy entrees or side dishes.
Author: Beth - Budget Bytes 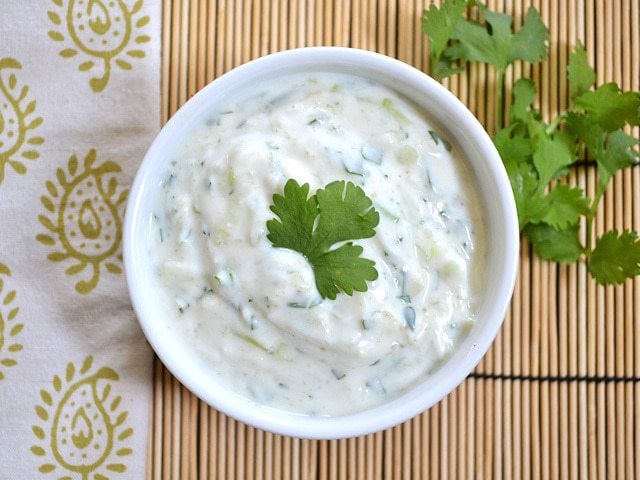 This sauce should keep in the refrigerator for approximately 5 days. 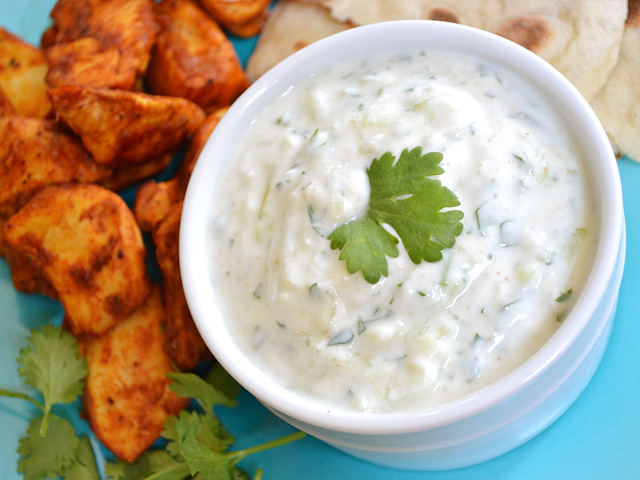 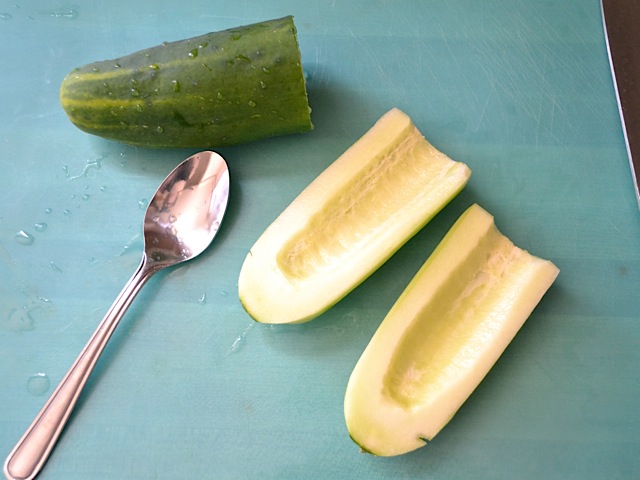 Begin with the cucumber. Peel the half that you’ll be using, slice it in half lengthwise, and then scrape out the seeds with a spoon. 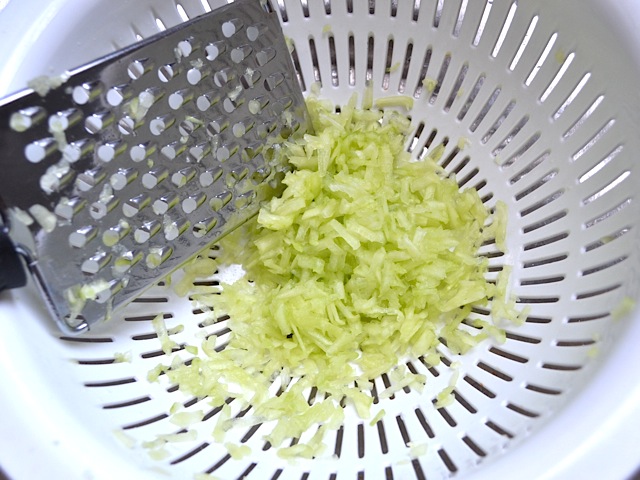 Grate the cucumber into a colander using a cheese grater. Add a pinch of salt and allow it to sit. The salt will help draw out the juices so that they don’t make your sauce watery. 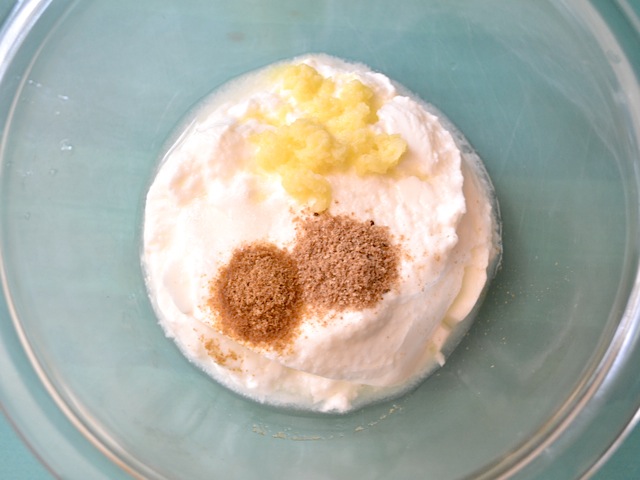 Place the yogurt in a bowl and add the cumin, coriander, and salt. Peel the ginger and grate it into the bowl as well. Stir to combine 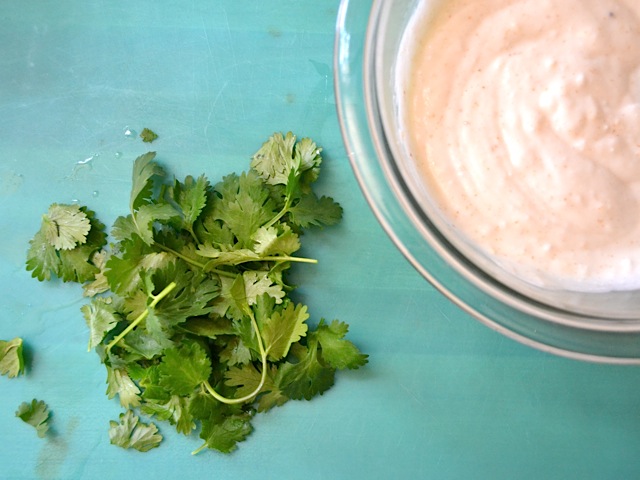 Take a handful of cilantro (or mint) leaves and roughly chop them. 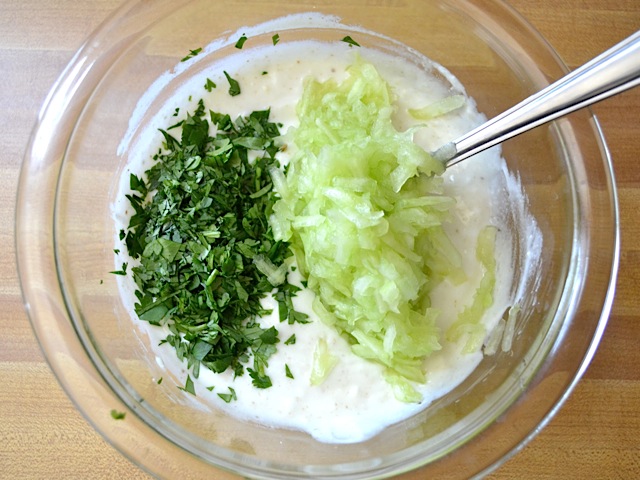 After the cucumber has been sitting in the colander for about ten minutes, press it against the sides to extract as much water as possible. Add it to the yogurt sauce along with the chopped cilantro. Stir to combine. 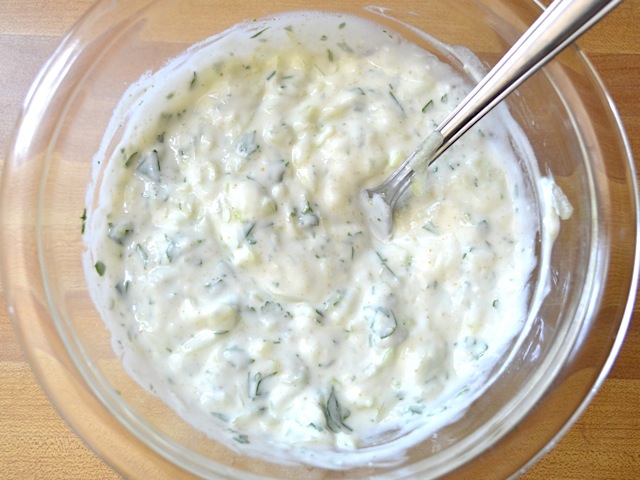 Taste the sauce and add more salt if desired. I didn’t want a lot of salt in this sauce because I liked it’s light, fresh flavor. You can eat the sauce as is or refrigerate it to allow the flavors to mingle. Isn’t it pretty? 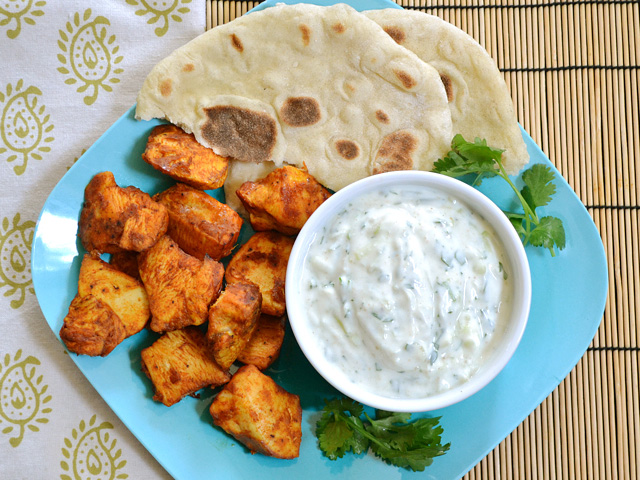 I served this as a dipping sauce for the tandoori chicken bites, but I also ended up making flatbread sandwiches with the naan, raita, tandoori chicken, leftover fresh cilantro, and a little chili garlic sauce. They were TO DIE FOR. Like little Indian tacos or shwarma wraps!