Would you believe it if I told you that this recipe for Cinnamon Pita Crisps started out as a kale salad? 😂 Yeah, I’m serious. I made a kale salad the other day and wanted some sort of crouton like element so I made some plain salt pita crisps and it turned out that the pita crisps were the only part of the salad that I liked. Next thing I know, I was making Cinnamon Pita Crisps and Pumpkin Cheesecake Mousse. Oh how quickly things go downhill (or uphill?). 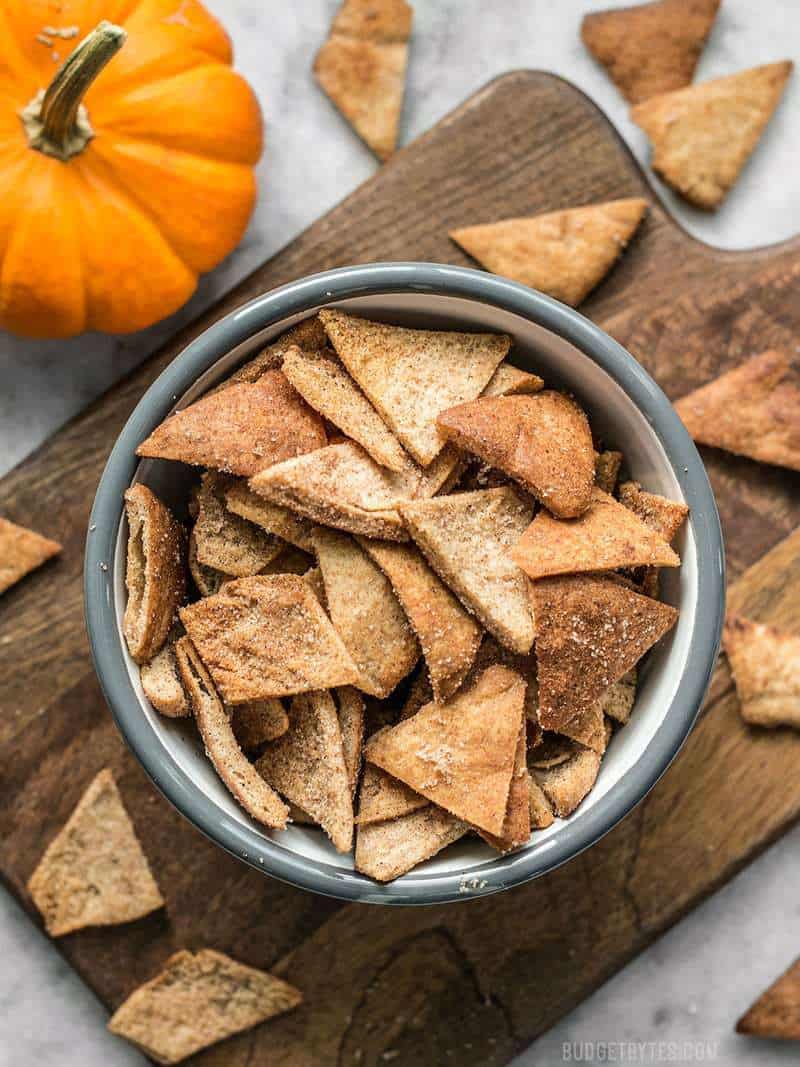 Play with the Pita Crisp Flavors!

Anyway, these little guys are so good that I had to post them right away. And they’re easy too, so watch out. As I mentioned I made a savory version at first with just some olive oil and salt, but I can’t wait to try out more flavor combos. You can pretty much use any seasoning blend that you may have in your cabinet and just go at it. Someone turned me on to the Onion Salt blend from Trader Joes a couple of weeks ago and I think that would be awesome. Almost like a sour cream and onion flavored chip!

What to Serve with Cinnamon Pita Crisps

But back to the cinnamon flavor! These Cinnamon Pita Crisps are soooo fall. They’re a perfect snack for fall/Halloween parties (you may want to double or triple the batch), they’re the perfect vehicle for sweet dips, or just for snacking on plain… like I’m doing right now. Oh dear, now my keyboard is covered in cinnamon and sugar. 😣 Oops.

5 from 2 votes
These Cinnamon Pita Crisps are a tasty little snack that's perfect for fall. Dip them into your favorite sweet treat or eat them on their own. 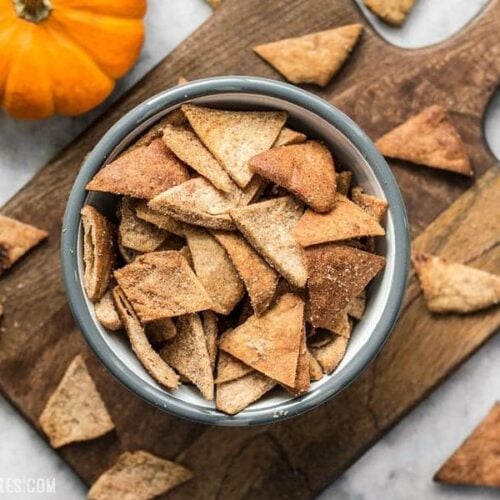 If your pita triangles are larger than 1-inch on each side or you do not separate the two layers of the pita bread, your baking time may differ. 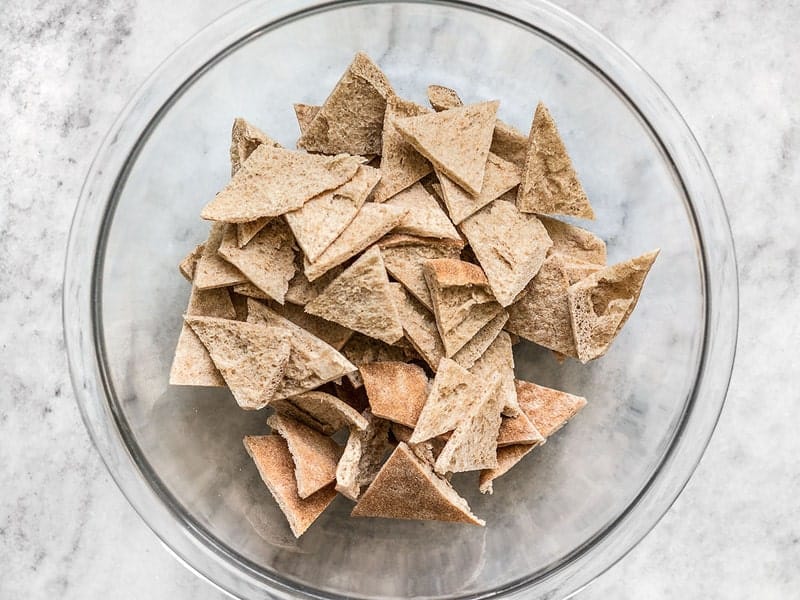 Start by preheating the oven to 400ºF. Take two round pita breads and cut them in half, then separate the two layers so that you have four thinner pieces of pita (I used a knife to avoid ragged torn edges). Cut each piece into 1-inch triangles. I basically cut each half moon piece of bread into six wedges, then cut each wedge in half again to make a smaller triangle. Place the pita pieces in a bowl. 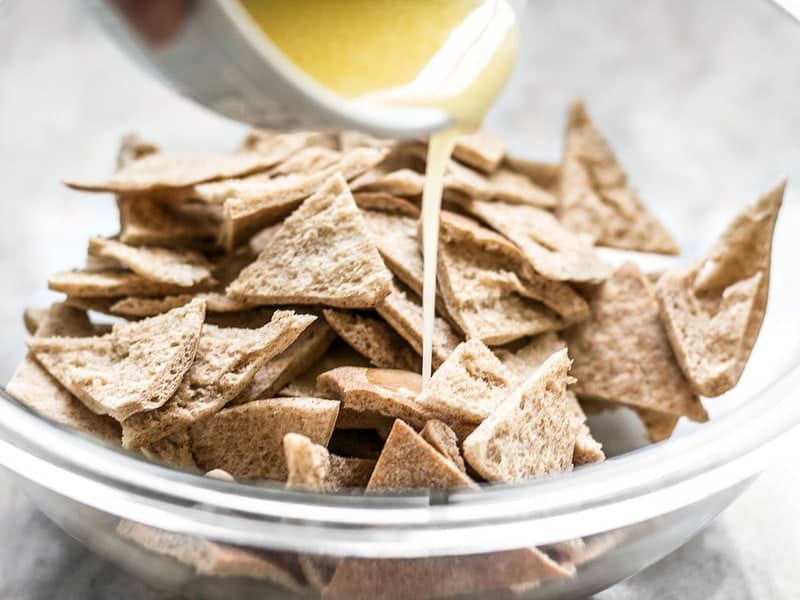 Melt 2 Tbsp butter in the microwave, then stir in 1/4 tsp vanilla extract. Drizzle the butter over the pita triangles in the bowl and gently toss the pieces until they’re all coated in butter. The textured side of the bread is a little harder to get buttered, so I sometimes “wiped” the butter coated bowl with them to help get it on there. 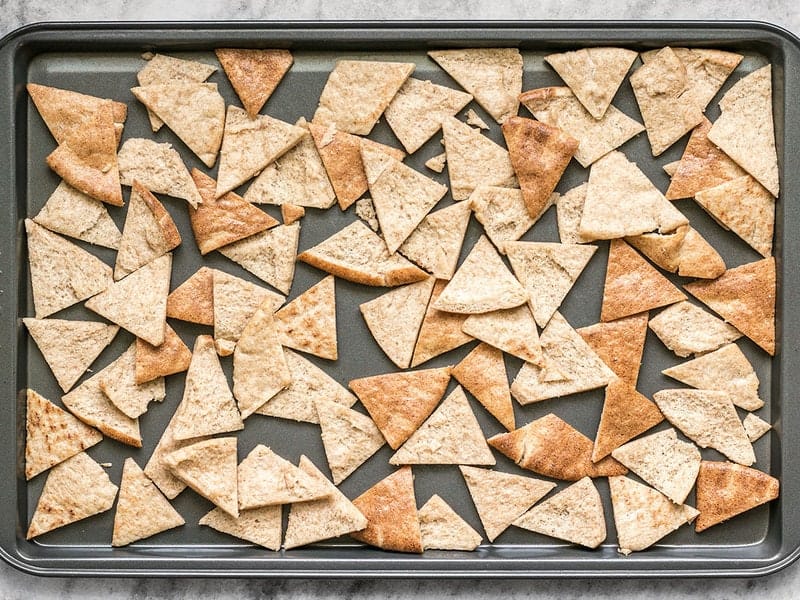 Spread the pita triangles out onto a baking sheet in a single layer. 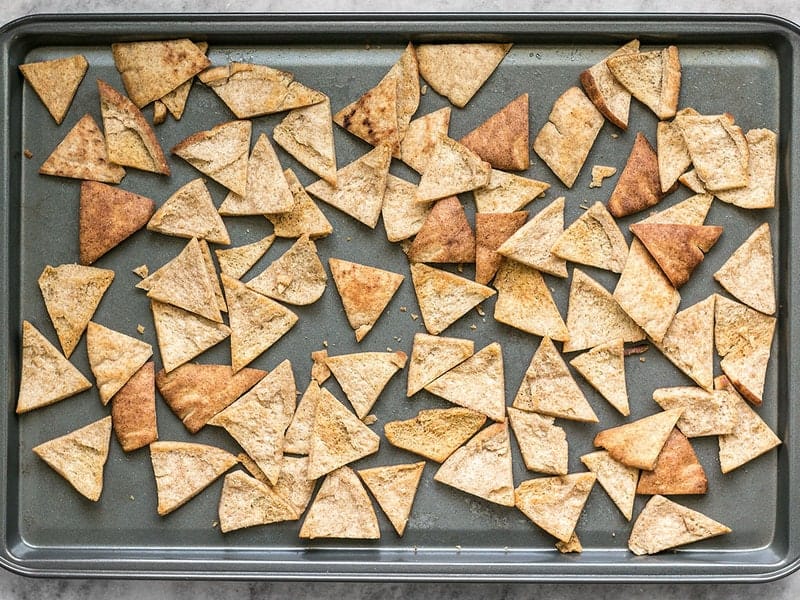 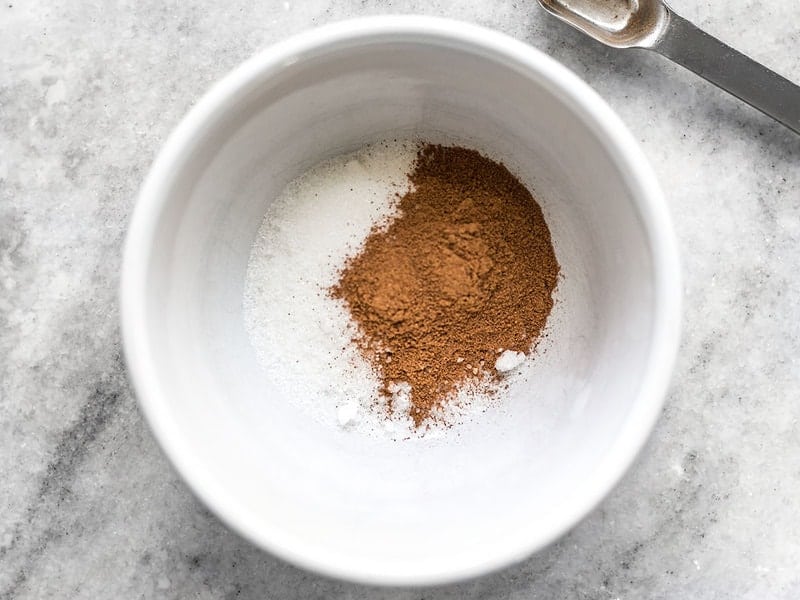 In a small bowl, combine 1 Tbsp sugar and 1/2 tsp cinnamon. 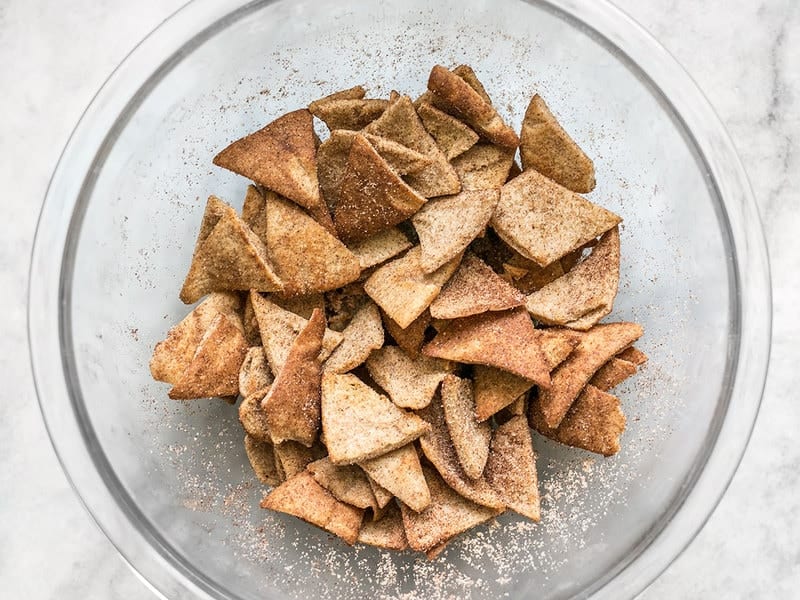 Place the baked pita crisps back into the buttery bowl and sprinkle the cinnamon sugar mixture over top. Toss the pita crisps to coat them in cinnamon and sugar. Eat them right away, or allow them to cool completely and store them in an air-tight container. 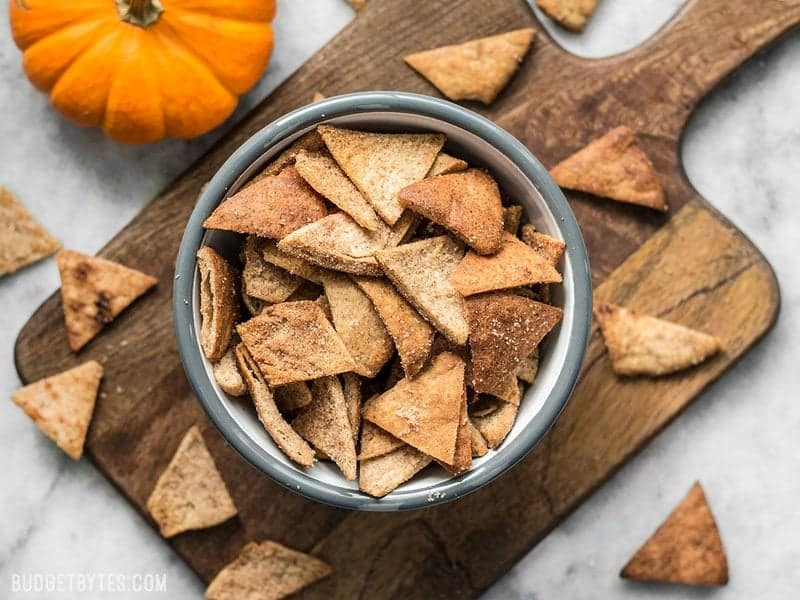