I’m crazy about BBQ sauce, so the first thing I wanted to make with my Multi-Purpose Shredded Beef was something drenched in that sweet, tangy sauce. Sure, I could have just piled the BBQ shredded meat on a bun and called it a day, but these stuffed potatoes are WAY better.

Once you’ve got the shredded beef made and waiting for you in the freezer, these potatoes are super easy to whip up. I took the long route and baked my potatoes in the oven so that I could have that nice, crispy skin. But, if you want a faster route, you could always microwave the potatoes or even have them cooking in your slow cooker while you’re at work. That way, dinner is practically five minutes away once you get home!

These potatoes are absolutely huge, and honestly I’d probably only eat half of one and pair it with some steamed or roasted broccoli to round out the meal. Oh, and if you’re not a beef person, this would be equally as amazing and delicious with shredded chicken or pork.

(I only made two potatoes because I knew that’s all I’d be able to eat over the next few days, but this recipe easily doubles or triples if needed.) 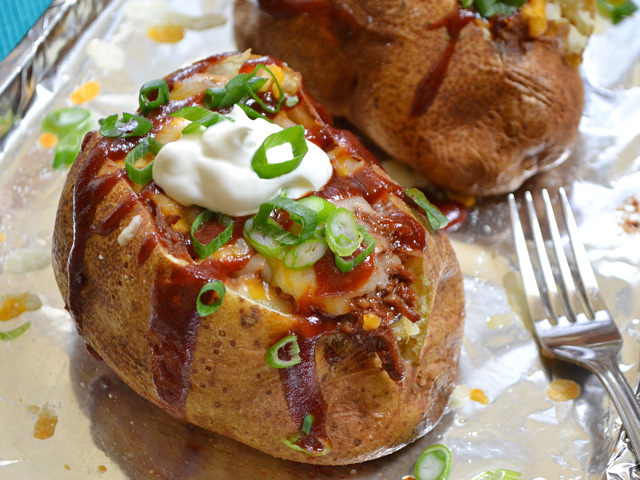 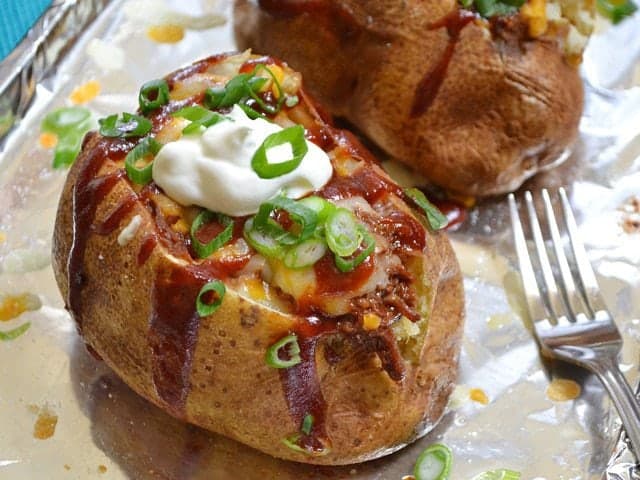 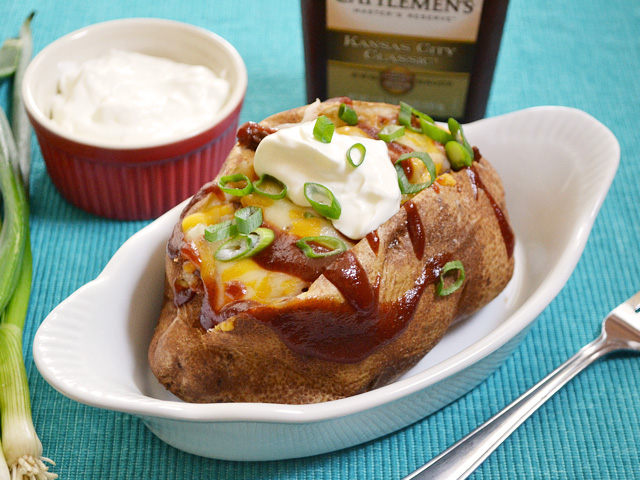 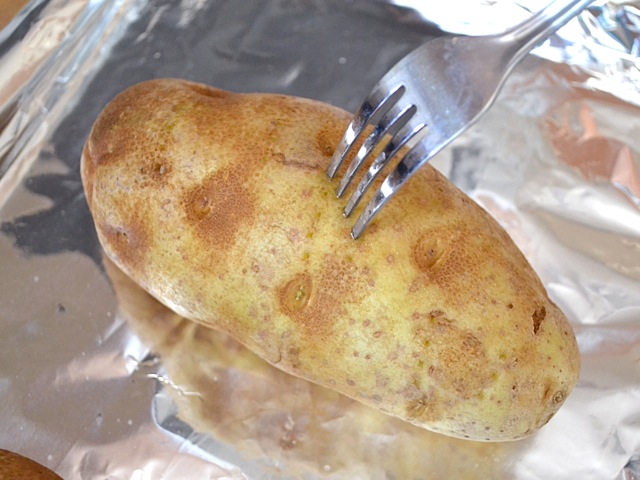 Start by preheating the oven to 400 degrees. Wash and dry the potatoes well. Drying them off well will help you achieve a crispy skin. Poke the potatoes several times on all sides with a fork. This will allow steam to escape as they bake. If you don’t prick holes in the skin, the steam pressure could build up and very likely make the potato explode. Not good. 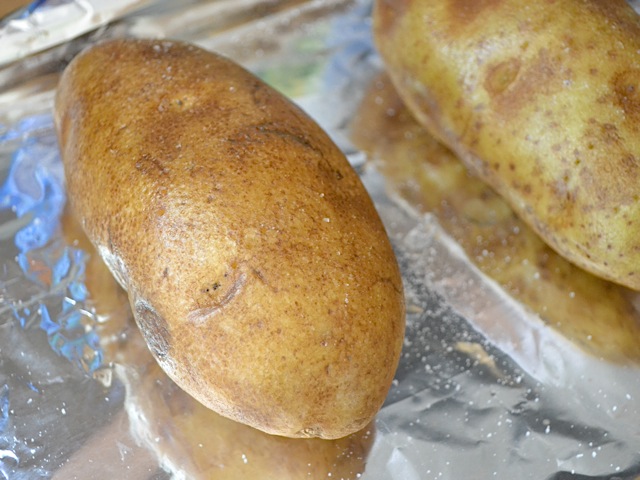 Rub about a half teaspoon over the surface of each potato and then sprinkle them with salt. The oil helps crisp up the skin while keeping the inside moist and fluffy. 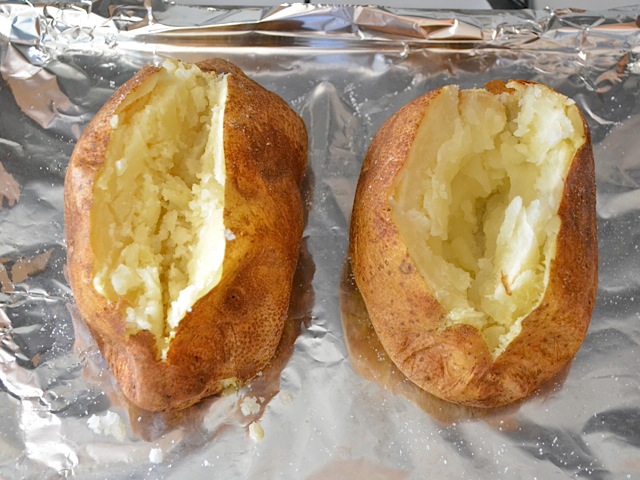 Place the potatoes on a baking sheet covered with foil and bake for one hour, or until they are tender all the way through. To open the potatoes, slit them from end to end with a sharp knife. Grab each end of the potato (use a dish towel to protect your fingers from the heat) and push in towards the center. The potato will pop open along the slit. 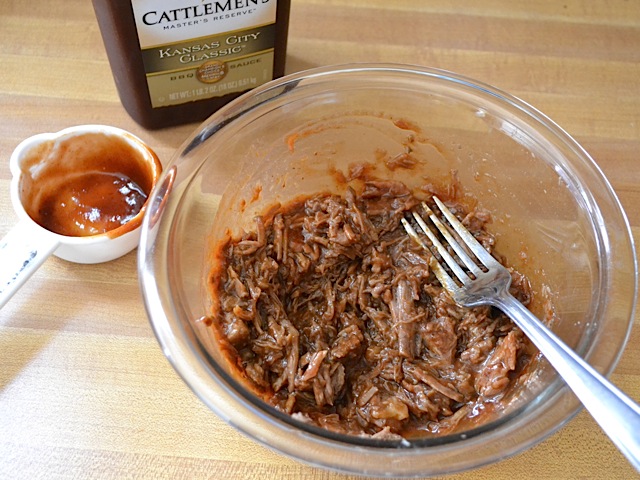 While the potatoes are baking, you can thaw/reheat the shredded beef and mix it with 1/4 cup of your favorite BBQ sauce. Also, slice the green onions 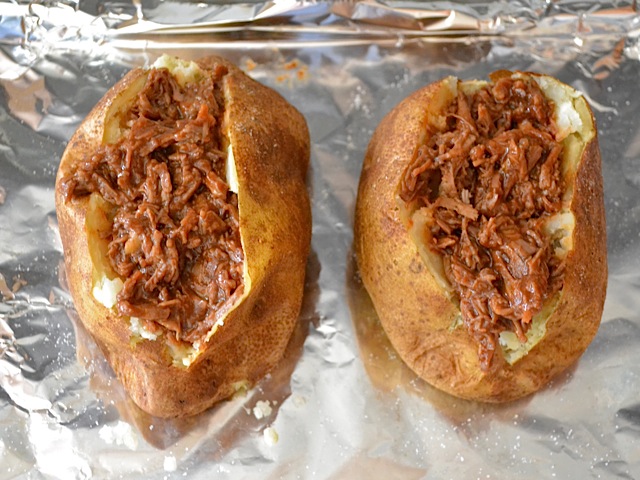 Stuff half of the BBQ beef mixture into each baked potato. 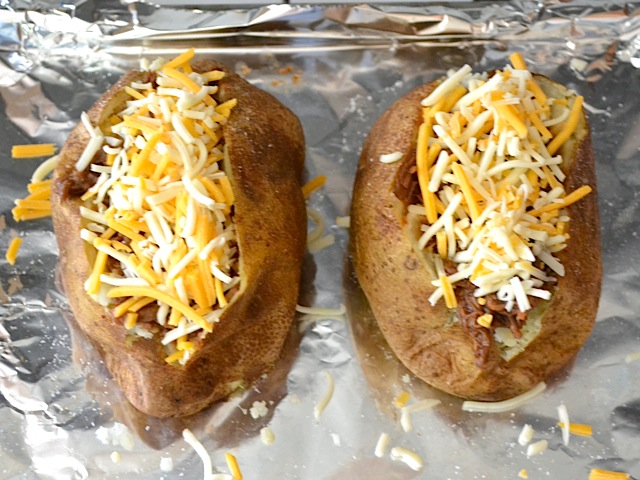 Top each potato with about 2 Tbsp of shredded cheese. Cheddar is best, but monterrey jack is pretty good with this, too (I used a mix). Pop the potatoes back in the oven (while it’s still hot) for a few more minutes, or until the cheese is melted. 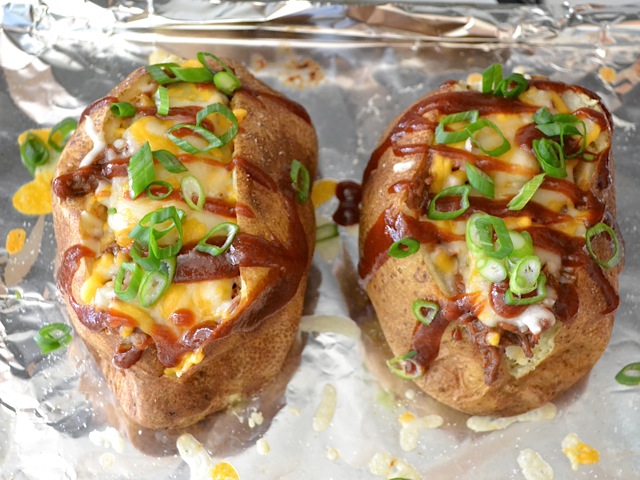 After the cheese melts, drizzle about one more tablespoon over each potato and then sprinkle with the sliced green onions. 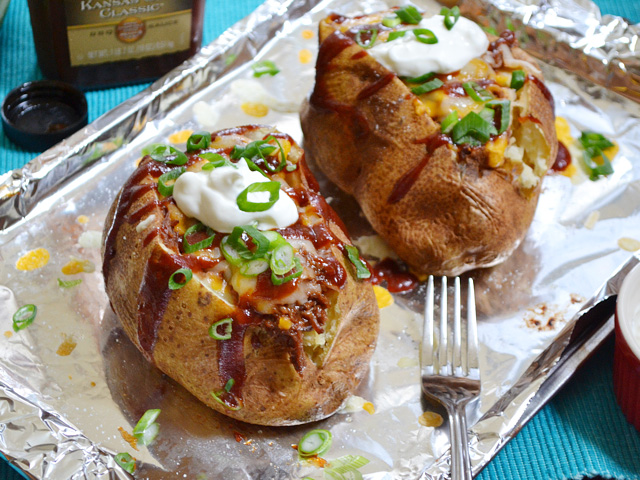 Top with a dollop of sour cream and you’re good to go! YUM.